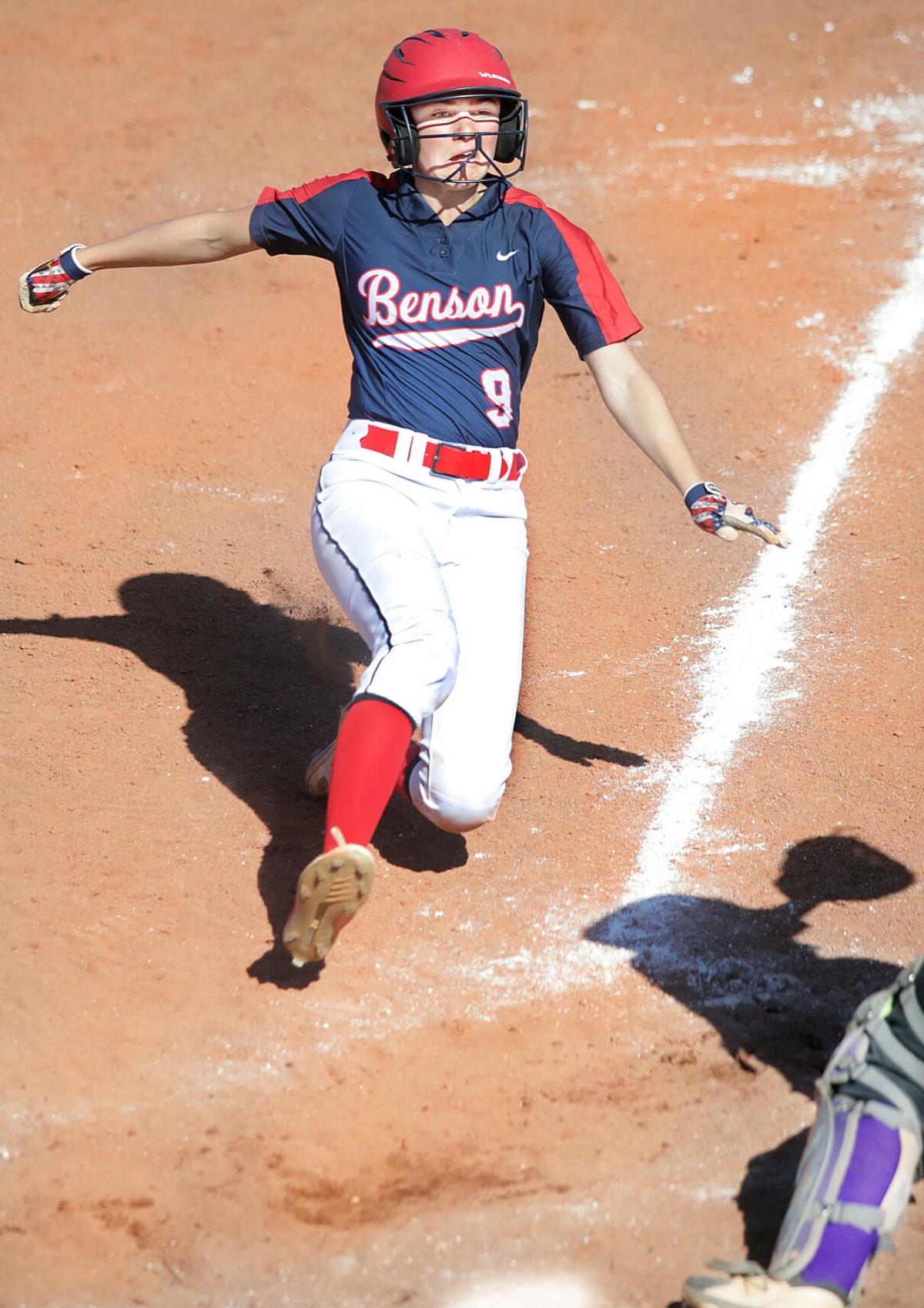 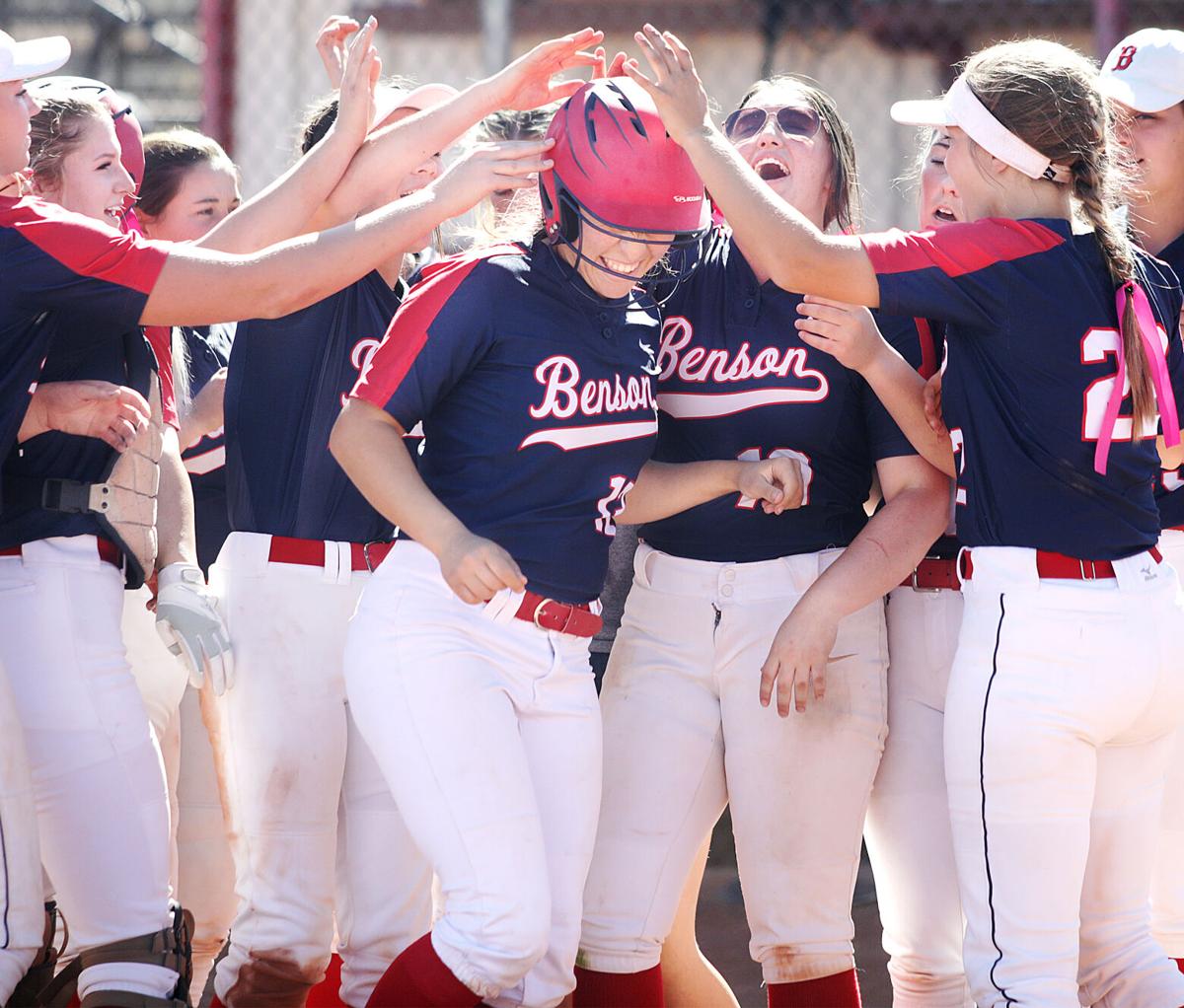 BENSON— The 2A Benson Bobcats softball team hosted the 3A Payson Longhorns on Saturday in what was a battle of two undefeated teams.

The first inning had Benson holding Payson offensively while Benson brought in three runs in the bottom half of the inning, two of which were off a home run by senior Emily Darwin that also scored Celina Wilharm. Senior Teresa Garza hit a solo home run later that inning, giving the Bobcats a 3-0 lead. The second inning had the Bobcats again holding the Longhorns scoreless while adding another run on a single to left field by Wilharm that scored junior Reya Adkins.

Holding the Longhorns to no runs in the fourth, the Bobcats added four runs – one by senior Taylor Fenn, followed by a three-run blast by Darwin that scored Adkins and Wilharm, Benson now led 8-0.

The fifth inning had Payson scoreless while the Bobcats added three more with runs by Garza, Fenn and senior Brooklynne Pullis to end the game by the 10-run rule 11-0.

Darwin was the winning pitcher for Benson, throwing a two-hit shutout while striking out six and walking two.

“Emily threw a great game,” Benson coach Brittney Batten said. “Payson has strong hitters; Emily kept them off balance. Our infield tore it up – they did a great job having Emily’s back for a solid defensive showing.”

“They played really well,” Cardenas said. “Emily’s pitching was stellar and our defense was outstanding. Doing those two things and scoring 11 runs — it makes our team tough to beat.”

“Payson is a very good, solid team with a great defense,” Batten said. “We’re excited to be playing them again for our last regular season game in Payson on May 1.”

Benson assistant coach Ernie Batten had compliments for both schools.

“Both teams were error free on defense,” he said. “This is the first time that Payson has been to Benson for softball. We’ve been to their Gracie Haught Tournament every year since it started except for the last two due to COVID and the canceling of all in-season tournaments this year. We have a really good relationship with their team.”

The Bobcats, 4-0, will host the Valley Union Blue Devils today at 4 p.m. and will travel to Tucson to take on the Pusch Ridge Christian Academy Lions on Friday at 6:30 p.m.