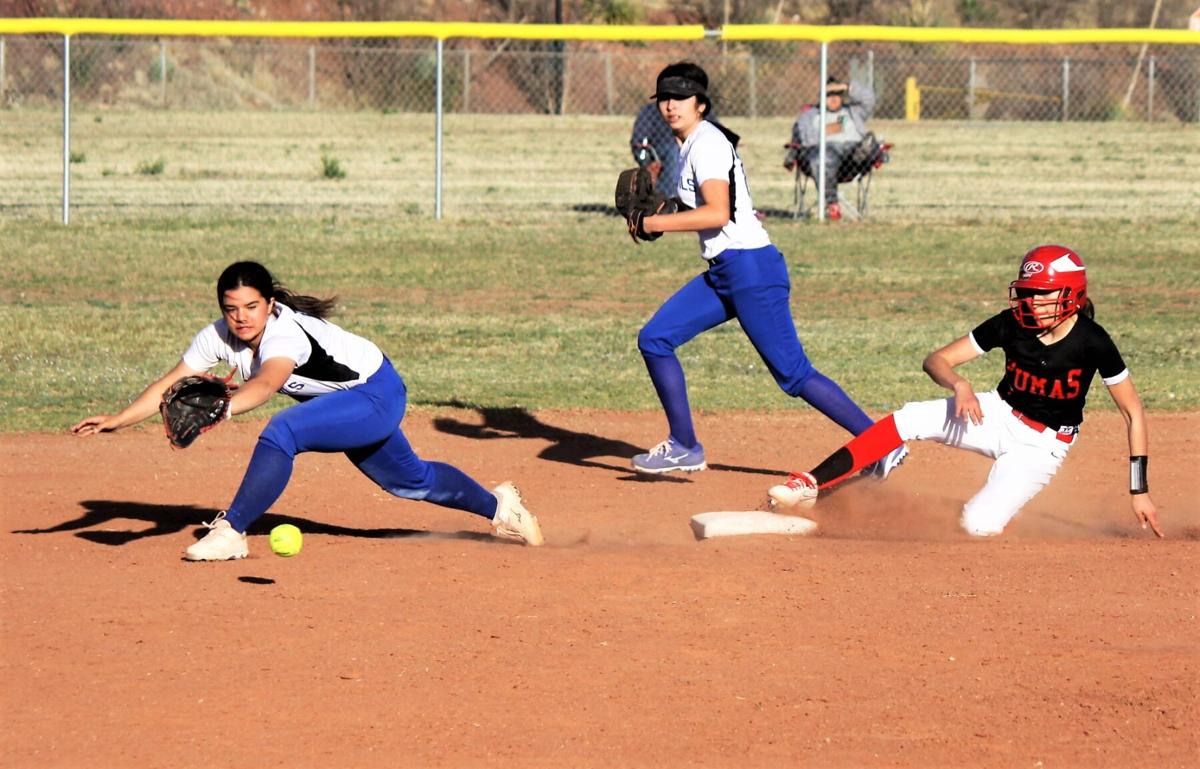 Valley Union's Valerie De La Cruz attempts to get a glove on the ball as Bisbee's Valerie Wright slides safely into second base in the fifth inning Thursday in Bisbee. 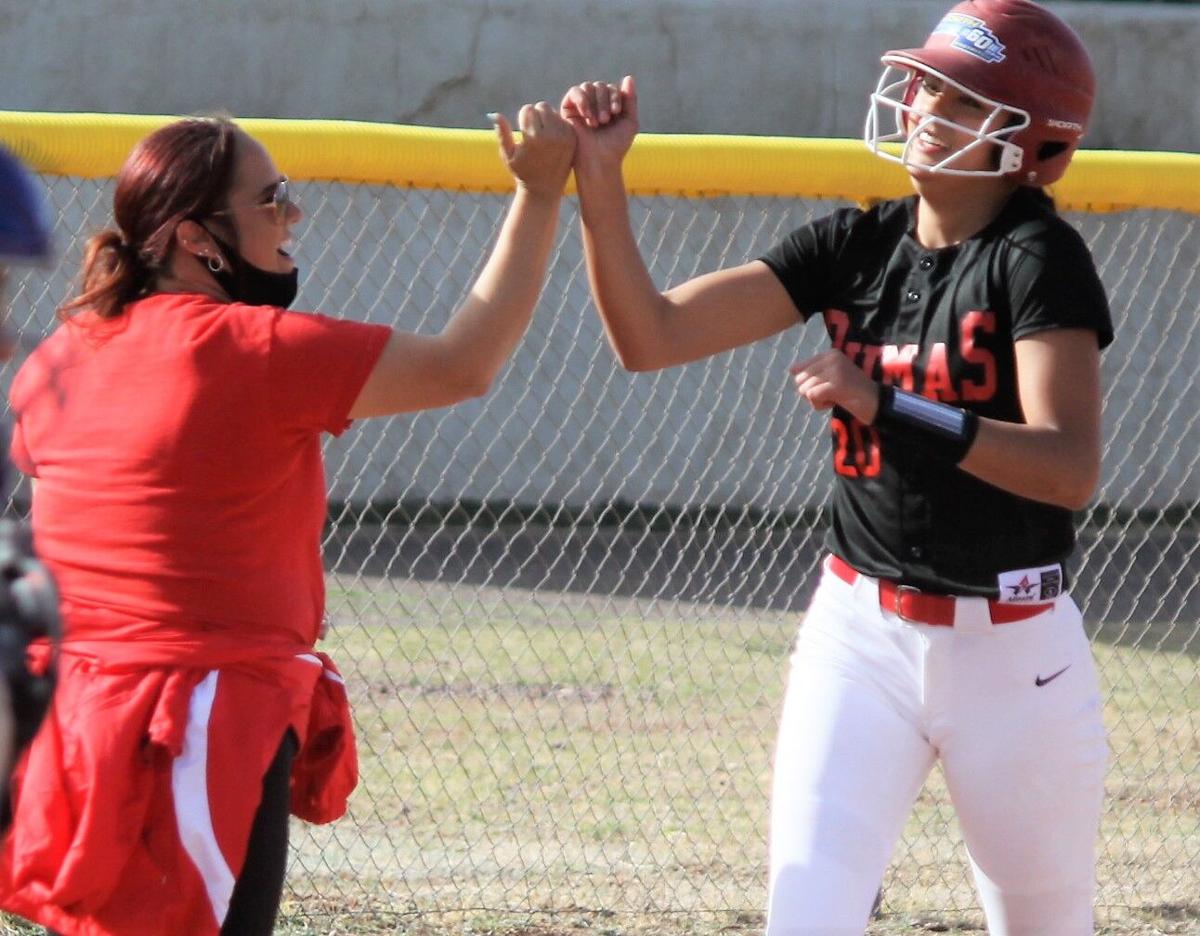 Bisbee's Gabby Lopez gets a fist bump from coach Melissa Wright after her solo home run tied the game with Valley Union at 1-1 Thursday in Bisbee.

Valley Union's Valerie De La Cruz attempts to get a glove on the ball as Bisbee's Valerie Wright slides safely into second base in the fifth inning Thursday in Bisbee.

Bisbee's Gabby Lopez gets a fist bump from coach Melissa Wright after her solo home run tied the game with Valley Union at 1-1 Thursday in Bisbee.

Valley Union scored a run in the top of the first, capitalizing on a walk and three hit batters.

In the bottom half of the inning Bisbee sophomore Gaby Lopez continued her hot streak, crushing a solo home run over the left field fence, tying the game at 1-1.

In the bottom half of the second the Pumas tacked on two more runs courtesy of a two-run bomb by freshman Naelani Borbon.

Valley Union tied the game at 5-5 with four runs in the top of the fourth. Two of those came on a two-run double by Breanna Enriquez.

Bisbee regained the lead in the bottom half of the fifth courtesy of a three-run blast by senior Jenitzia Valenzuela for an 8-5 lead. Bisbee tacked on two more runs to lead 10-5.

After scoring a run in the top of the sixth, Valley Union’s Gabby Valenzuela hit a three-run home run, pulling the Blue Devils within one at 10-9.

Bisbee countered with another five-run rally in the bottom of the sixth, padding its lead to 15-9.

For Valley Union, Valenzuela was 3-for-3 with a home run, Enriquez 2-for-3, Miya Durazo 2-for-5 and Lizet Sonke, Brooke White, Jazmyn Garcia and Amanda Hageman each were 1-for-2.

The day before the Pumas were in Kearny where they battled back from a 5-2 deficit to beat the Ray Bearcats 10-7.

Bisbee trailed 5-2 going into the top of the second but scored four runs for a 6-5 lead. Another run in the third gave Bisbee a 7-5 lead. Ray tied the game in the bottom of the fifth.

Bisbee responded with single runs in the fifth, sixth and seventh innings.

Bisbee had 16 hits. Valenzuela was 3-for-5, Romo and Jimena Valdez each were 2-for-4, Wright and Adacelli Noriega each were for 2-for-5 and Hidalgo and Ademina Martinez each were 1-for-2.

“These girls have been keeping a good, positive attitude,” Pumas coach Melissa Wright said. “They are playing with more confidence. They’re trusting themselves and having fun.”