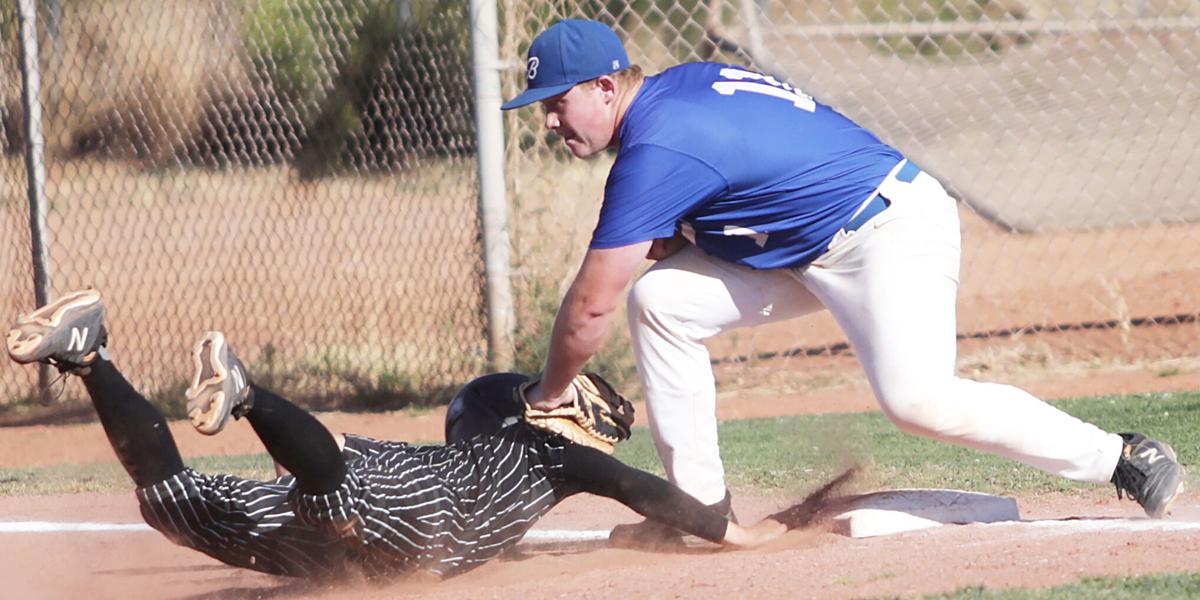 After catcher Austin Grimm snaps the throw to Colts first baseman Josh Watt, he tags out a Douglas base runner who was leaning the wrong way during Tuesday’s game at Coppola Field. 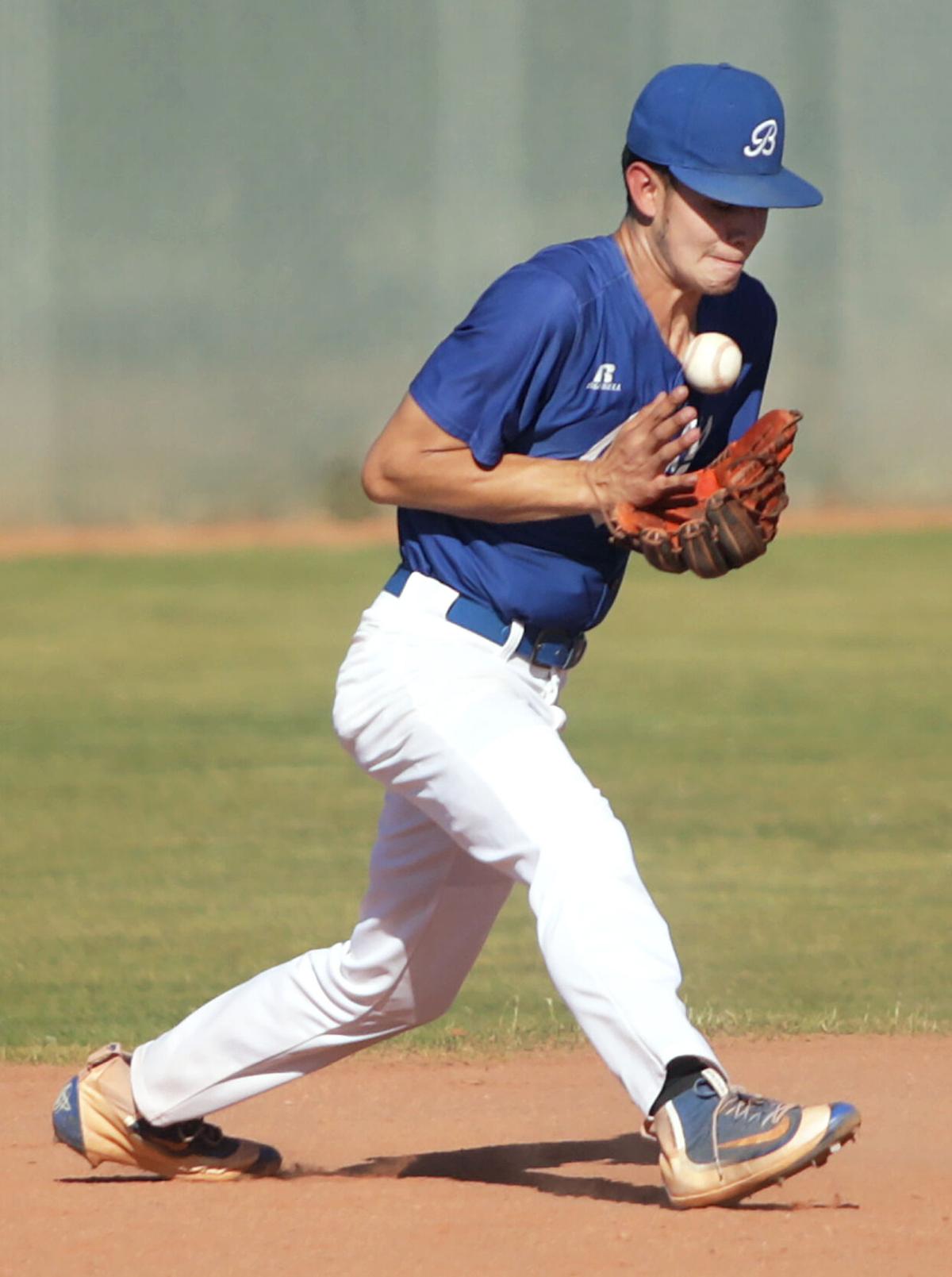 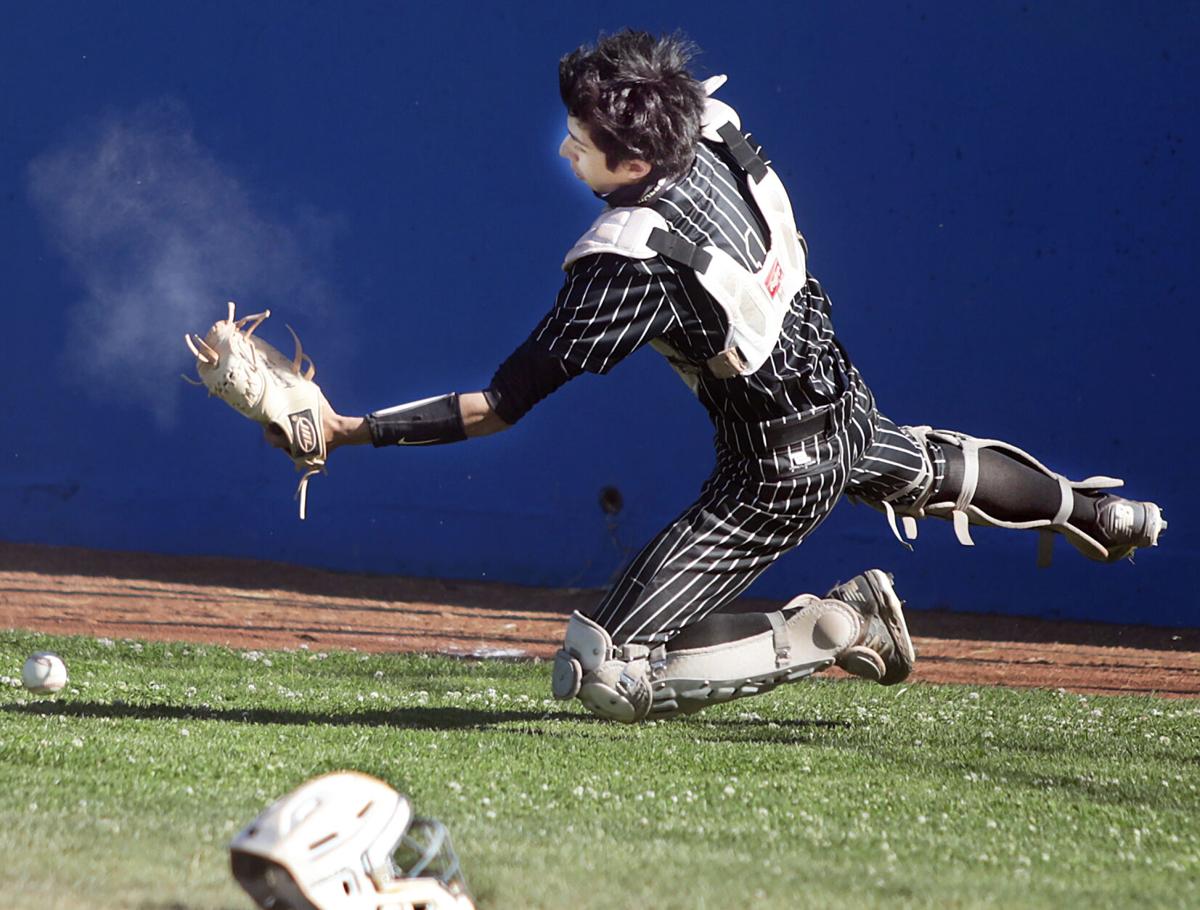 Bulldogs senior catcher Marco Pena can’t quite catch up with a foul ball.

After catcher Austin Grimm snaps the throw to Colts first baseman Josh Watt, he tags out a Douglas base runner who was leaning the wrong way during Tuesday’s game at Coppola Field.

Bulldogs senior catcher Marco Pena can’t quite catch up with a foul ball.

The Buena High baseball and softball teams experienced mixed results Tuesday. But any way you look at it, the final score was 15-3.

The victory was a plus for coach Mike Tomooka’s girls, who move to 12-3 and are ranked No. 10 among 5A teams. There might be a chance the Colts could move into the top eight in the rankings and host a first-round state tournament game Saturday, but it’s more likely they will open on the road. The top eight ranked teams play at home in the first round of the 16-team tournament.

It’s a little more problematic for coach Mark Schaefer’s boys, who slip to 10-6 and are ranked No. 13 in 5A. After today’s game at Tucson Pueblo Magnet, the Colts will have to see how they fare in the rankings.

The Douglas baseball team concludes its season with a 10-5 record and a six-game winning streak. The Bulldogs were No. 20 in the latest 4A rankings and will wait until today’s updates to see if they get into the top 16 and the state tourney.

Douglas unloaded with 19 hits against Buena, which was without one of their top pitchers Cezar Fernandez, who is in coronavirus quarantine.

After four innings the Bulldogs held an 8-0 lead thanks to an RBI triple by Damian Robles in the second inning, a two-run single by Gaston Gonzalez in the third and RBI doubles by Alan Ochoa, Marco Pena and Alden Rodriguez in the fourth.

Buena scored its runs in the sixth thanks to a run-scoring single by Max Pitts, a bases-loaded hit-by-pitch on Austin Grimm and a bases-loaded walk to Owen Abrams.

“We ran into a good Douglas team,” Schaefer said. “They were very aggressive and did a good job. Douglas was much better than their record, in my opinion. The way they swung it today, if they get in the tournament they may go far.

“We will do our best tomorrow at Pueblo.”

The softball team was up against a Douglas squad that finishes the season 4-12.

The girls finish the regular season at Pueblo today.