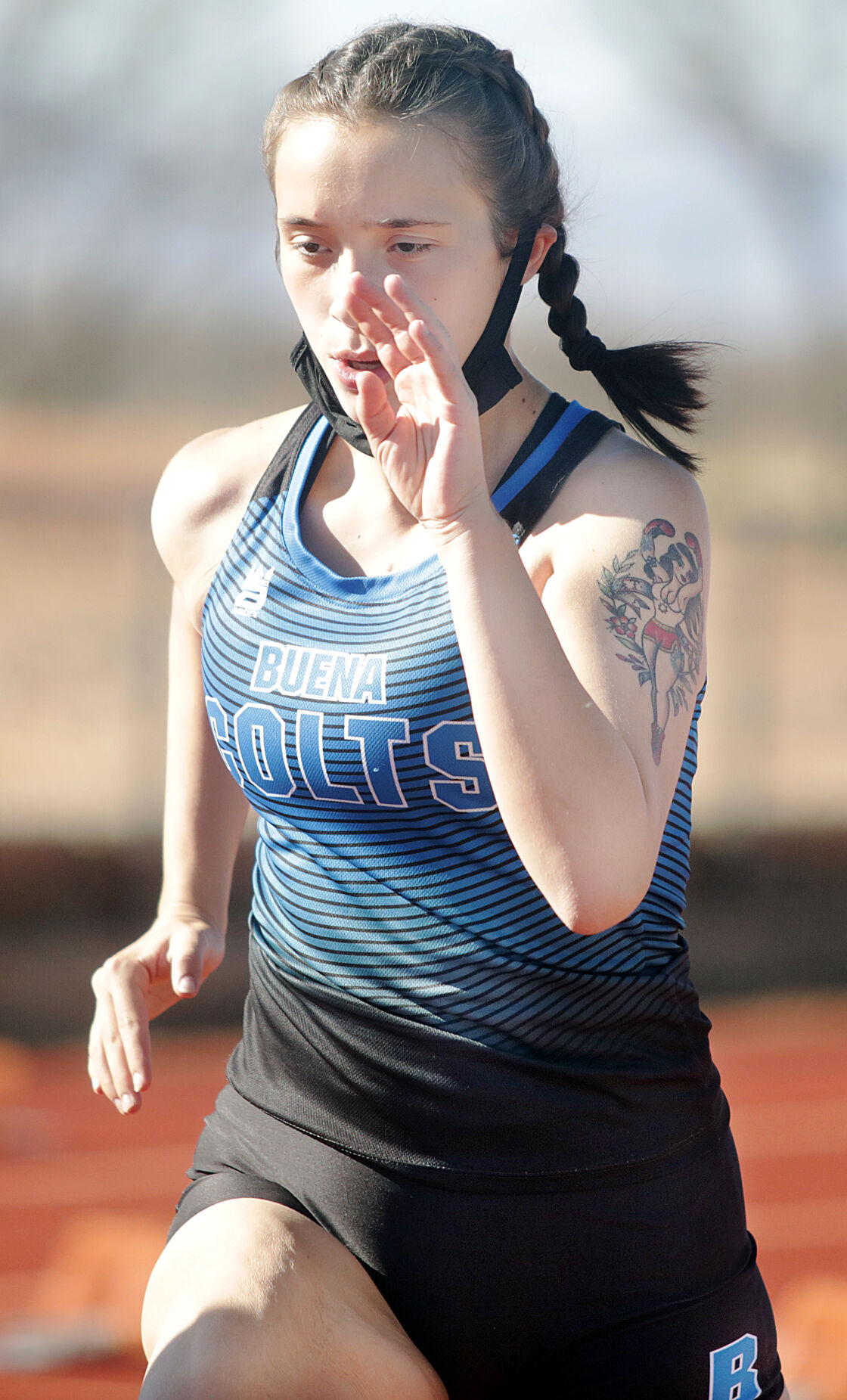 Junior Avery Wood takes off while competing in the 100-meter dash during Wednesday’s tri-meet at Buena High School. 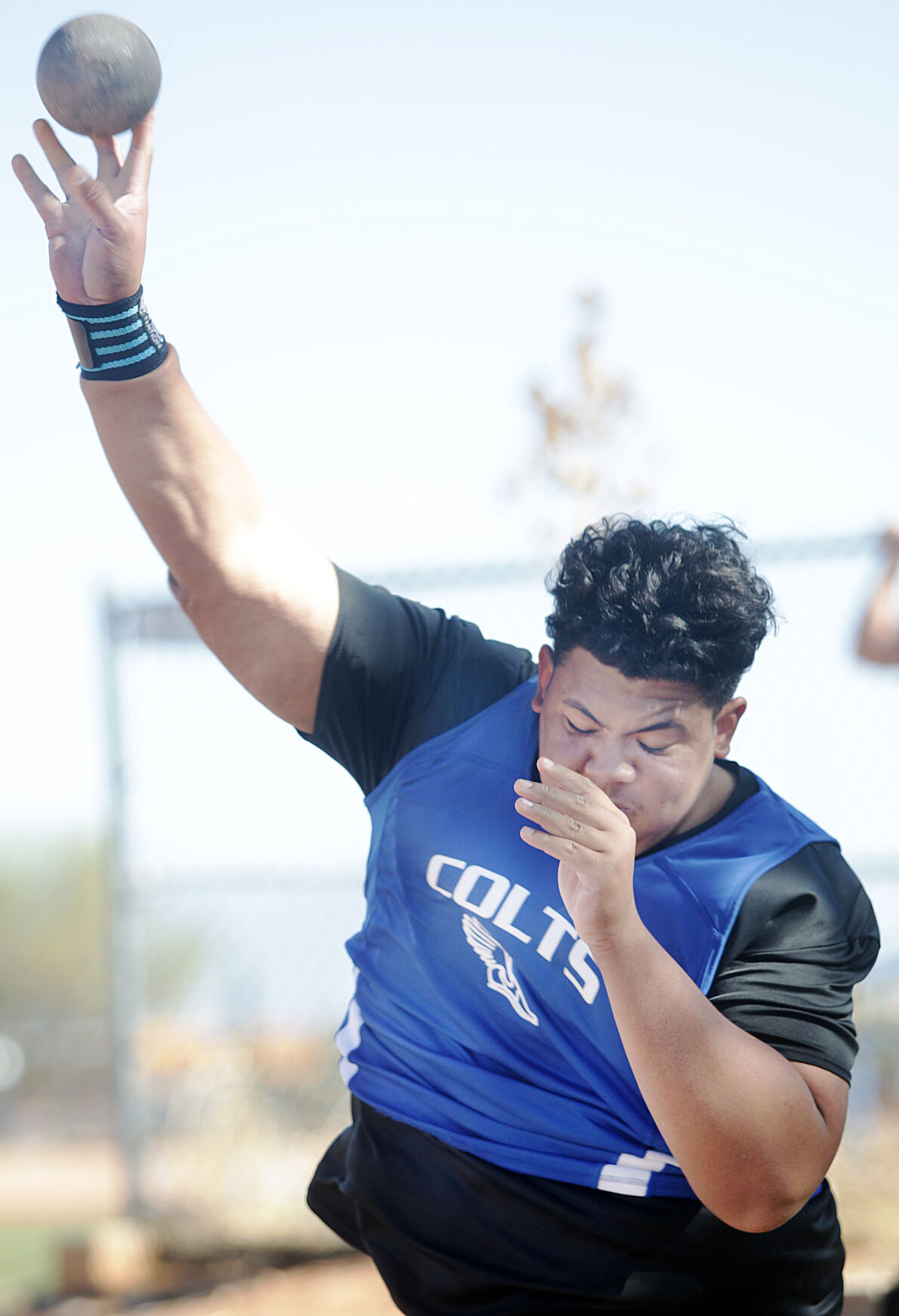 Junior Avery Wood takes off while competing in the 100-meter dash during Wednesday’s tri-meet at Buena High School.

The top distance runners weren’t in action, but Buena High’s boys track and field team had no trouble getting to the finish line Wednesday in a home meet with Tucson schools Mica Mountain and Desert View.

The Colts won the meet with 95 points as Mica Mountain was second with 40 and Desert View third with 16. Buena won 12 events, a good preparation for today’s Kiwanis Track Invitational at Casa Grande High. The distance runners sat out the meet in preparation for the Kiwanis.

In the girls event, it was Mica Mountain 44, Buena 37 and Desert View 32 as the Colts won two events.

The throwing duo of William Stemler and Dominic Avant, Caleb Danielson and Jackson Glamann led the way for the boys. Stemler won the shot put with a heave of 46-4½ and the javelin in 124-2 while Avant won the discus (129-2) and placed second in the shot (40-9½). The three relay teams placed first and DaVante Mims, Caleb Ke-A and Armin Lewis swept the 300-meter hurdles.

“I think overall the team can see the benefits of the work they are doing,” said coach Roger Bristow. “The kids who are training with consistency are beginning to show an upward swing in their performances.

“On the distance side, this was an opportunity for the younger athletes to step up and they did a nice job because we didn’t run our more seasoned athletes. Individually, Marissa Hullinger winning the shot was big for her, Jackson Glamann did a great job in the 100 and 200, Sarah Roberts winning the 1,600 was a tremendous effort and Marco Hernandez winning the 800 was a huge boost for him.

“Again, all of the kids did a super job competing.”

The importance of the first major invitational of the season today isn’t lost on the team. Bristow is taking 24 athletes to Casa Grande.

“It is their first opportunity against great competition to post efforts that will count toward their quest for state berths,” he said.

“We are looking for a very positive day in Casa Grande.”