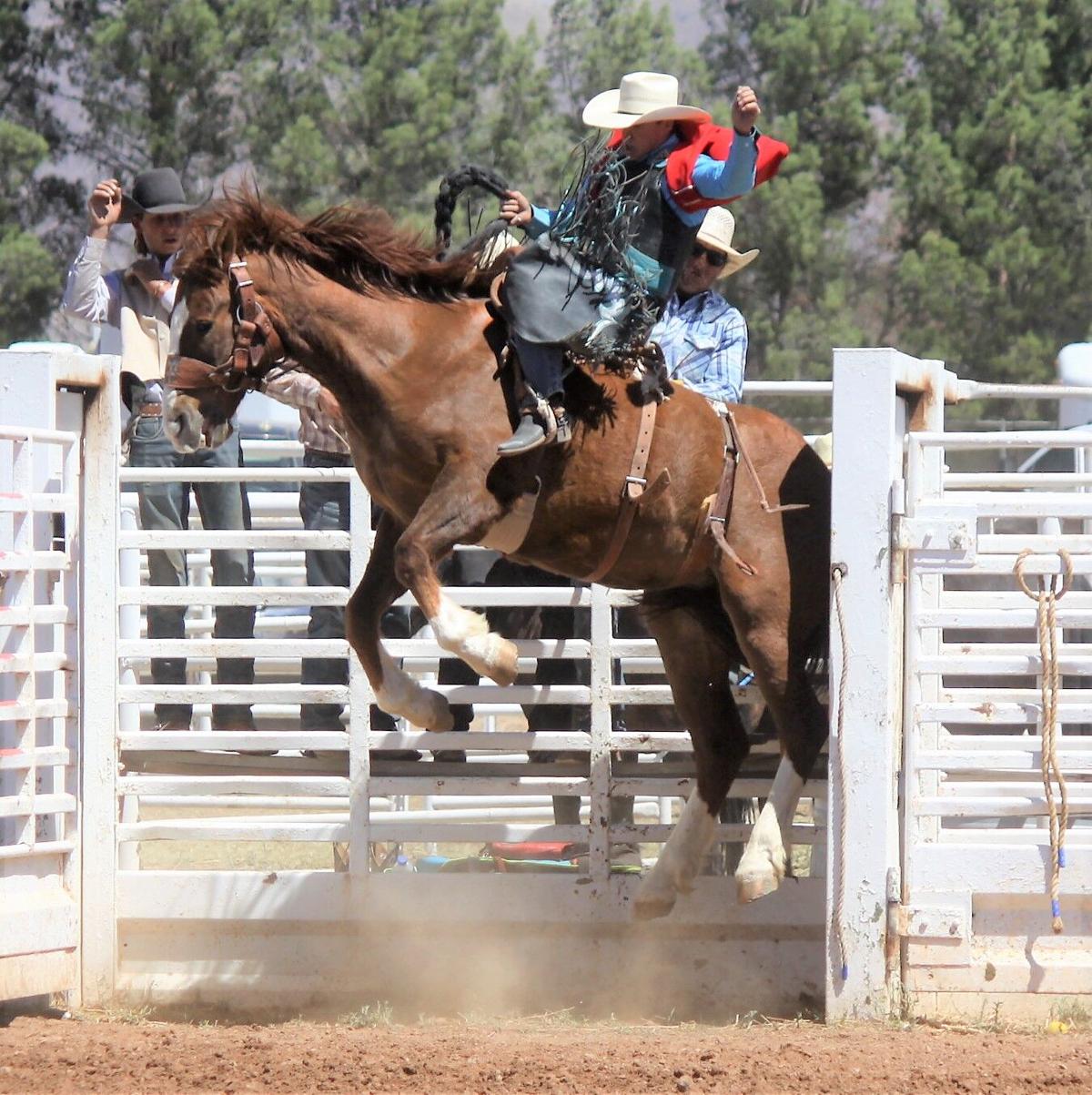 Cochise College saddle bronc rider Zane Munoz has a rough start to his ride Sunday but it was enough to win him the Grand Canyon Region championship in this event. 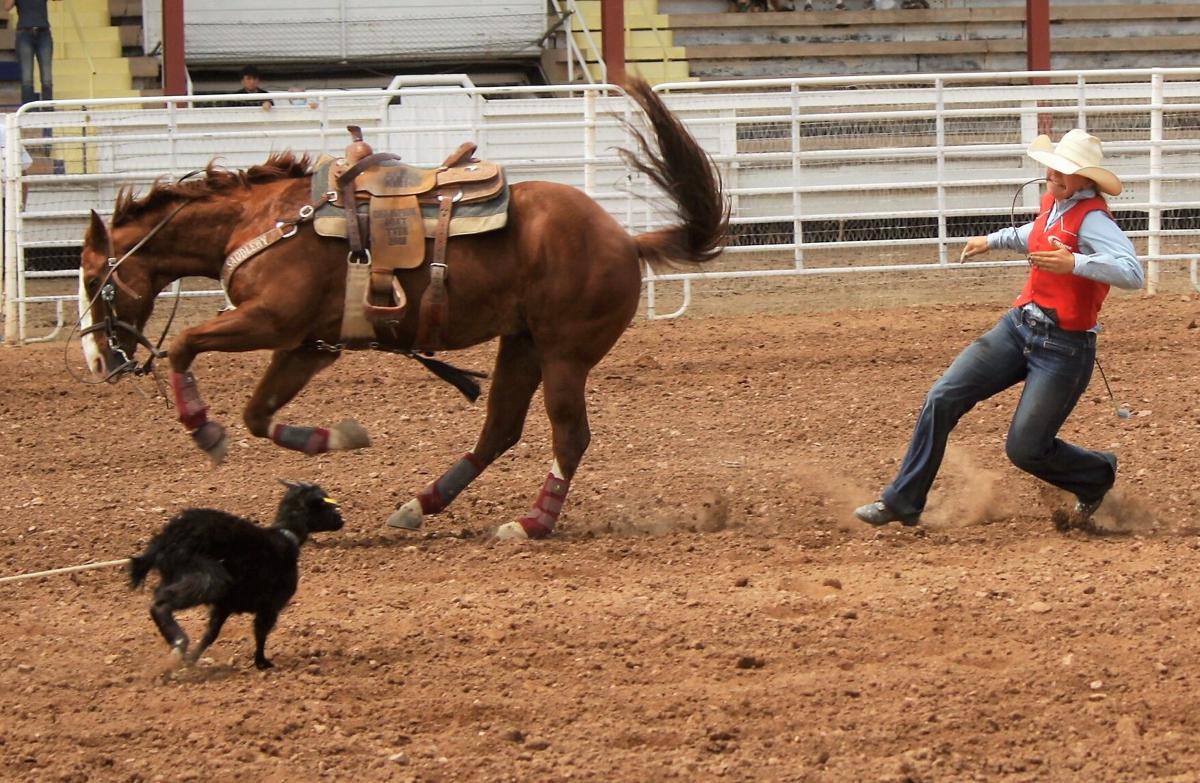 Cochise College's Maddie Doerr won not only the Grand Canyon Region championship in the goat tying but was the Women's All-Around winner. 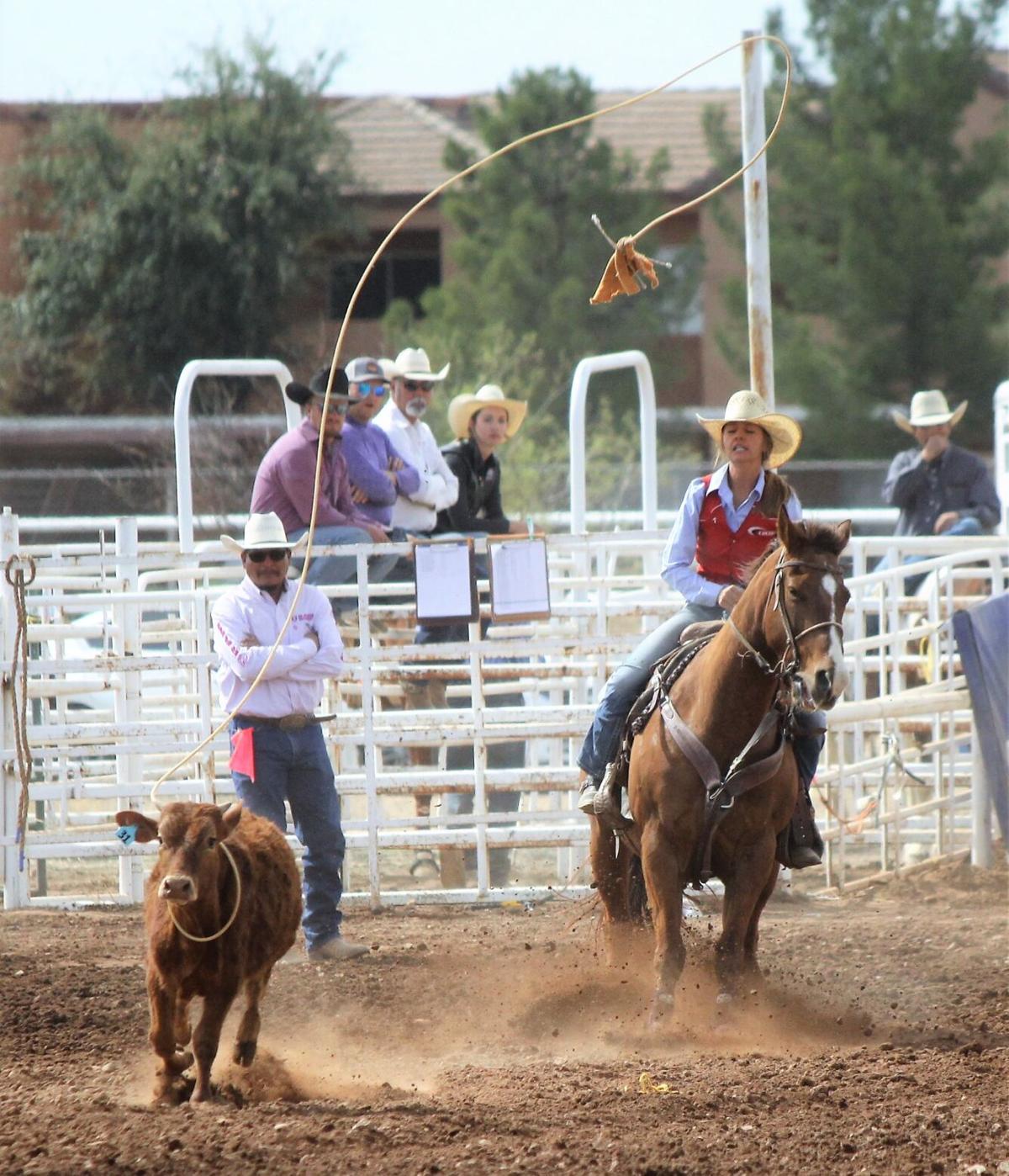 Cochise College's Jill Donnelly, shown in the breakaway roping, was second in the Women's All-Around. 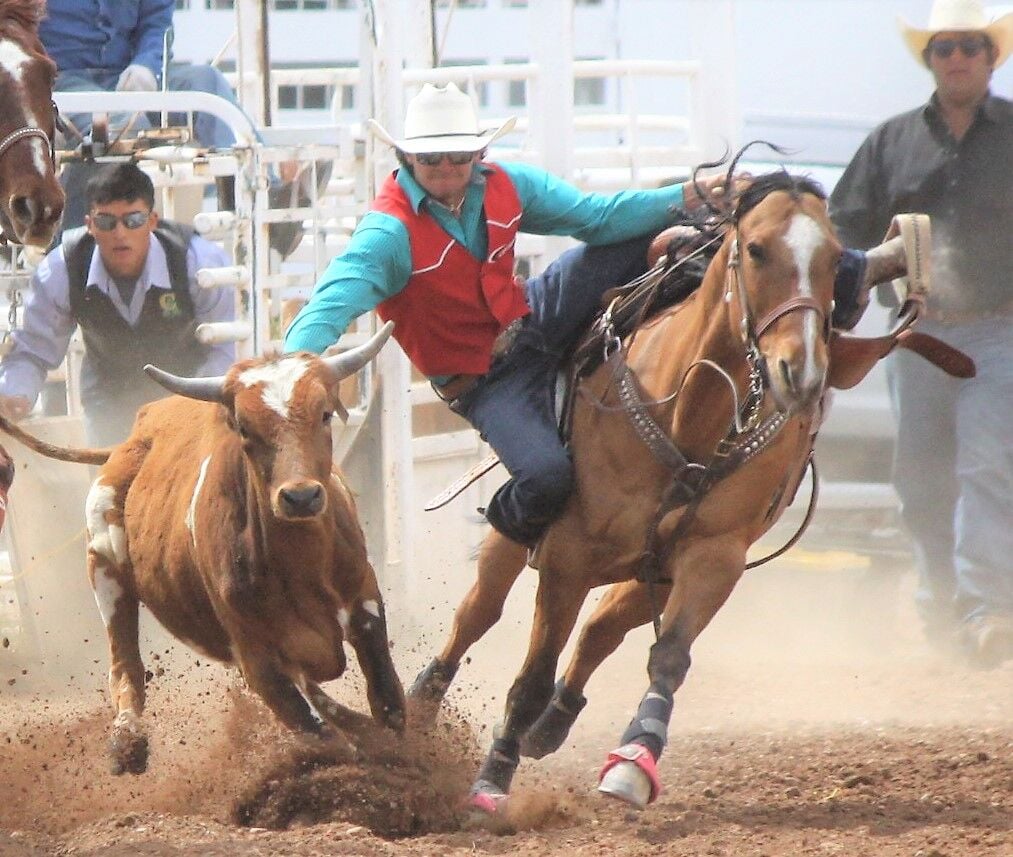 Cochise College saddle bronc rider Zane Munoz has a rough start to his ride Sunday but it was enough to win him the Grand Canyon Region championship in this event.

Cochise College's Maddie Doerr won not only the Grand Canyon Region championship in the goat tying but was the Women's All-Around winner.

Cochise College's Jill Donnelly, shown in the breakaway roping, was second in the Women's All-Around.

DOUGLAS — The Cochise College men’s and women’s rodeo teams are headed back to the College National Finals Rodeo June 13-19 in Casper, Wyoming.

Cochise College’s Maddee Doerr was the Women’s All-Around winner, finishing 68 points ahead of second-place teammate Jill Donnelly. Donnelly was first in the region in the goat tying, beating second-place Doerr by just 50 points

Zane Munoz, who rides saddle bronc for the Apaches, was crowned the Grand Canyon Region champion in his event Sunday and finished fifth overall in the Men’s All-Around competition.

Colleges and universities from Arizona and New Mexico were in town for the rodeo, the final of the regular season, trying to improve their status to qualify for the CNFR.

Rick Smith, rodeo coach at Cochise College, said he’s really happy both his teams are heading back to nationals.

“It’s been a rough year,” he said. “Our girls were off the first two days here but we’re pretty good today. The men were just good enough to get it done. It was a little of an up and down weekend for us.”

Smith said to go through a season like this team has and still qualify for nationals says a lot about the athletes and their work ethic.

“Things can be shut down at any moment and as the season went along there was a lot of uncertainty,” he said.

Doerr, making her third consecutive trip to the CNFR, said she’s probably a little more excited because this is her last year and the fact nationals was canceled last year because of COVID-19.

“This year has been extremely challenging, especially since we had to miss out on our fall rodeos,” she said. “It seems like everything has been packed into the spring.”

Doerr takes her classes online, which allows her to spend more time practicing for her events, which includes goat tying, breakaway and team roping events.

“My favorite event is probably the goat tying,” she said. “My second is the breakaway. Team roping is right there as well.”

Doerr said her team is not very big and because they are a small squad it’s hard not to become close.

“We spend a lot of time together practicing and supporting each other,” she said. “I’m excited we are going to nationals as a team.”

Doerr added she and her other teammates were looking forward to having a home rodeo compared to being on the road as much as they had been.

Smith on the other hand, prefers being on the road because putting on a rodeo requires a lot of work and money.

“Way, way easier to be on the road,” he said. “There is a lot of work, a lot of expense that goes into hosting an event like this. Fortunately we have a real good crew. Nikki (Valenzuela, the fairgrounds manager) has been outstanding to work with. I can’t say enough good things about her and her staff. There are a lot of moving parts at a rodeo to keep it going smoothly.”

Zane Munoz, who is scheduled to graduate in May, says his time at Cochise College has been something he will cherish forever.

“This has been such an amazing experience,” he said. “(Rick and Lynn Smith) have been great coaches. They take care of you and make sure you know what’s going on. They treat us well, too. They definitely push us to be better. I am really glad I came here.”

Munoz is excited to be going back to the CNFR and once that is done he plans on turning pro.

Smith says he’s allotted six cowboys on his men’s team and actually competed most of the year with four and sometimes five.

“Those guys battled all year long right to the end,” he said.

The women are overall good athletes, the coach said, but the year off was hard.

“We had one of the best women’s teams in the nation last year and I feel really could have done well at nationals had it not been canceled. They never got a chance to finish it out. To see them bounce back the way they have is good.

“I think as a group they’re not as strong as they were last year. We do have a couple of individuals that are going to do well. These athletes are in the weight room regularly every morning. They keep their grades up. They’re very special people. They’re a credit to our college and our community.”

The Herald/Review spoke with students from Cochise College about how their weekend at the rodeo went and what is next!