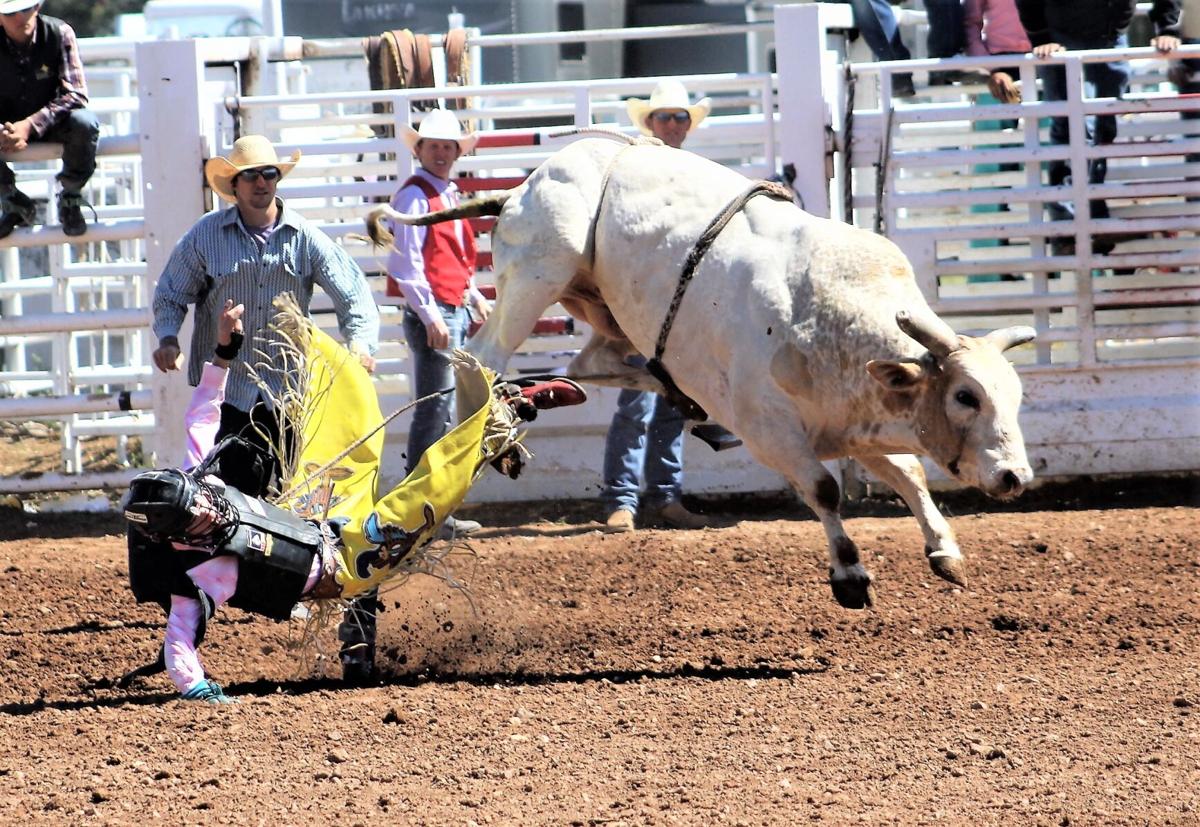 Three days of action-packed collegiate rodeo will take place this weekend at the Cochise County Fairgrounds in Douglas. 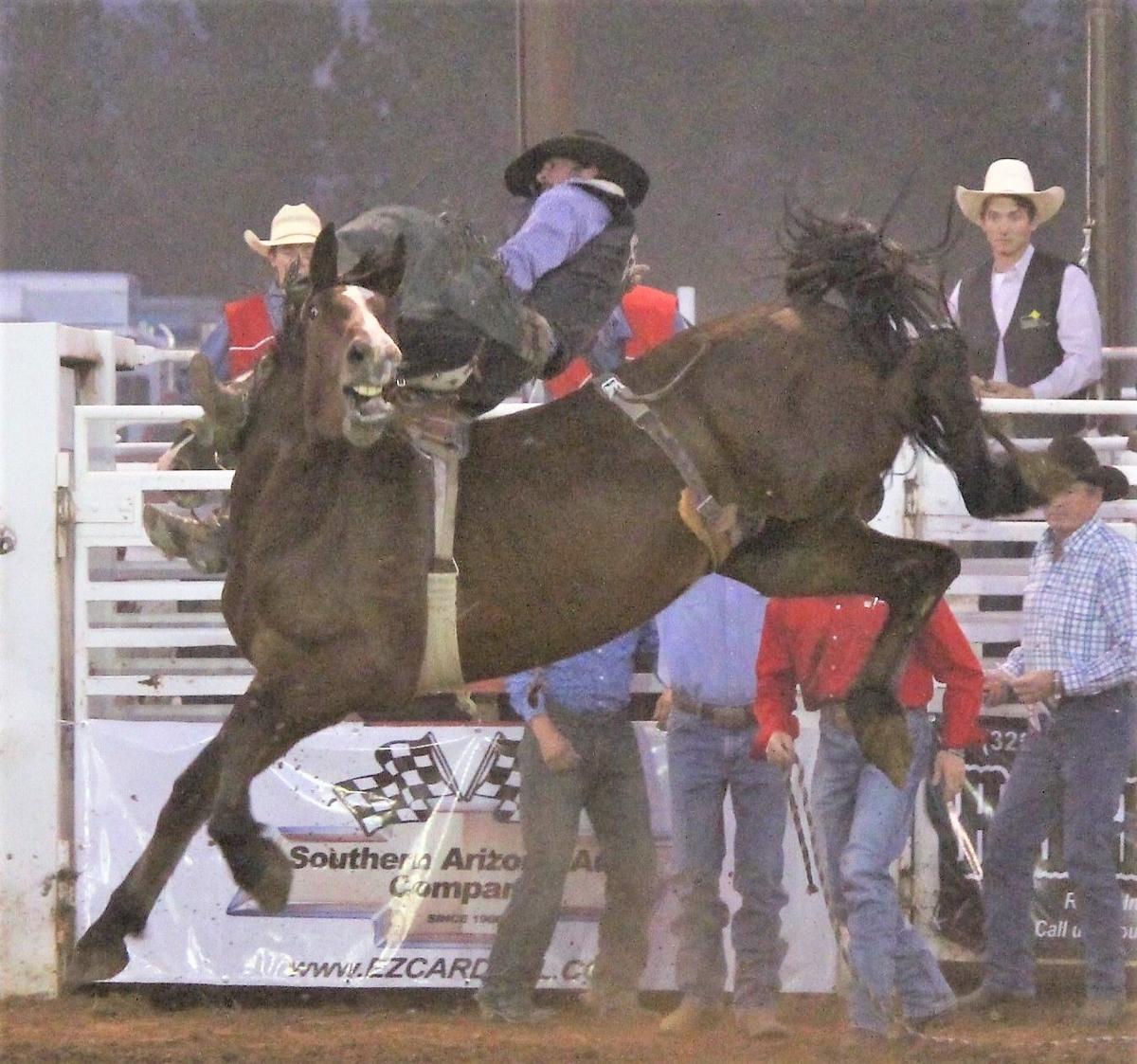 An estimated 125-130 cowboys and cowgirls from colleges and universities from Arizona and New Mexico will be in Douglas for the collegiate rodeo this weekend. 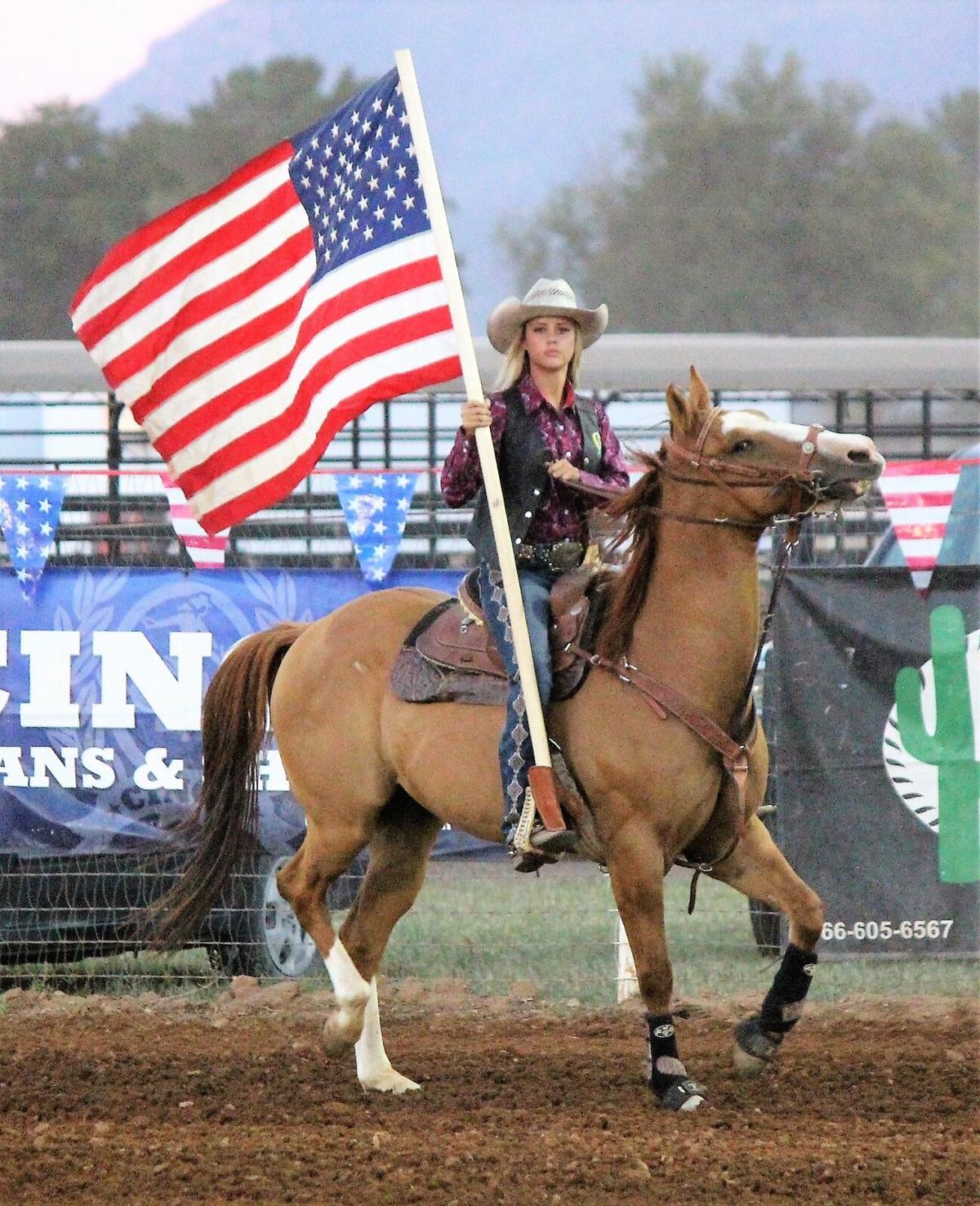 Competition begins at 9 a.m. each day. There is no admission charge and a concession stand will be on site providing food and beverages.

Three days of action-packed collegiate rodeo will take place this weekend at the Cochise County Fairgrounds in Douglas.

An estimated 125-130 cowboys and cowgirls from colleges and universities from Arizona and New Mexico will be in Douglas for the collegiate rodeo this weekend.

Competition begins at 9 a.m. each day. There is no admission charge and a concession stand will be on site providing food and beverages.

DOUGLAS — Three days of action-packed collegiate rodeo will be taking place at the Cochise County Fairgrounds on Friday, Saturday and Sunday.

Competition will begin at 9 a.m. each day. There will be no admission charge and spectators are invited to attend and cheer on the athletes as they compete for a region championship and a spot in the upcoming College National Finals rodeo, which takes place in June in Casper, Wyoming. A concession stand will be on site providing a variety of food and beverages.

Rick Smith, who along with his wife, Lynn, have coached the Cochise College rodeo team for the past eight years, said this is the final weekend of regular-season competition for the participating colleges.

Each day will be a separate rodeo, gearing up toward Sunday when the Grand Canyon Region team champion, all-around cowboy and cowgirl, and individual event winners will be crowned. Smith is expecting about seven schools and approximately 125 athletes to compete.

In the Grand Canyon Region, Cochise College is competing against larger schools such as the three major universities in Arizona in addition to New Mexico State University and New Mexico Highlands.

Cochise College’s Sherrick Wade Sanborn of Willcox, who competes in the tie down roping, steer wrestling and team roping events, is second in the overall All-Around Cowboy standings.

Maddie Doerr, who competes in the breakaway roping and goat tying events for Cochise College, is leading both events as well as the women’s all-around competition.

Apaches saddle bronc rider Zane Munoz will be attempting to win the region in his event when he competes this weekend.

Several other cowboys and cowgirls competing for Cochise are in second or third place in their respective events and will be looking to move up in the standings.

“Considering all that has happened with us this year because of COVID I would say all in all, things have gone pretty well,” Rick Smith said. “We have six girls and five guys on our team this year. It’s been a good season. There’s going to be lots of points available this weekend which could shake some things up but all in all, I’m happy where our teams are at right now.”

Smith said the region deciding not to compete in the fall forced many athletes to transfer to schools in other regions that were having rodeos.

“That decision pretty much depleted everybody’s roster,” he said. “We could never tell a kid for sure if we were going to have a season or not. Even in January they were still dancing around trying to figure out what to do. The athletes that we do have here are great. They just want to be able to practice and have that chance to compete.”

Smith understands the risks and precautions that need to be taken because of the coronavirus. But he also feels it’s time to get going again and try to return to some sense of normalcy.

Not being able to host the rodeo at the Cochise County Fair last September was hard, he said adding he is really looking forward to this weekend’s competition.

“We will have some quality kids competing,” Rick said. “It would sure be nice if we had some people in the stands cheering these kids on as they compete for a regional championship.”