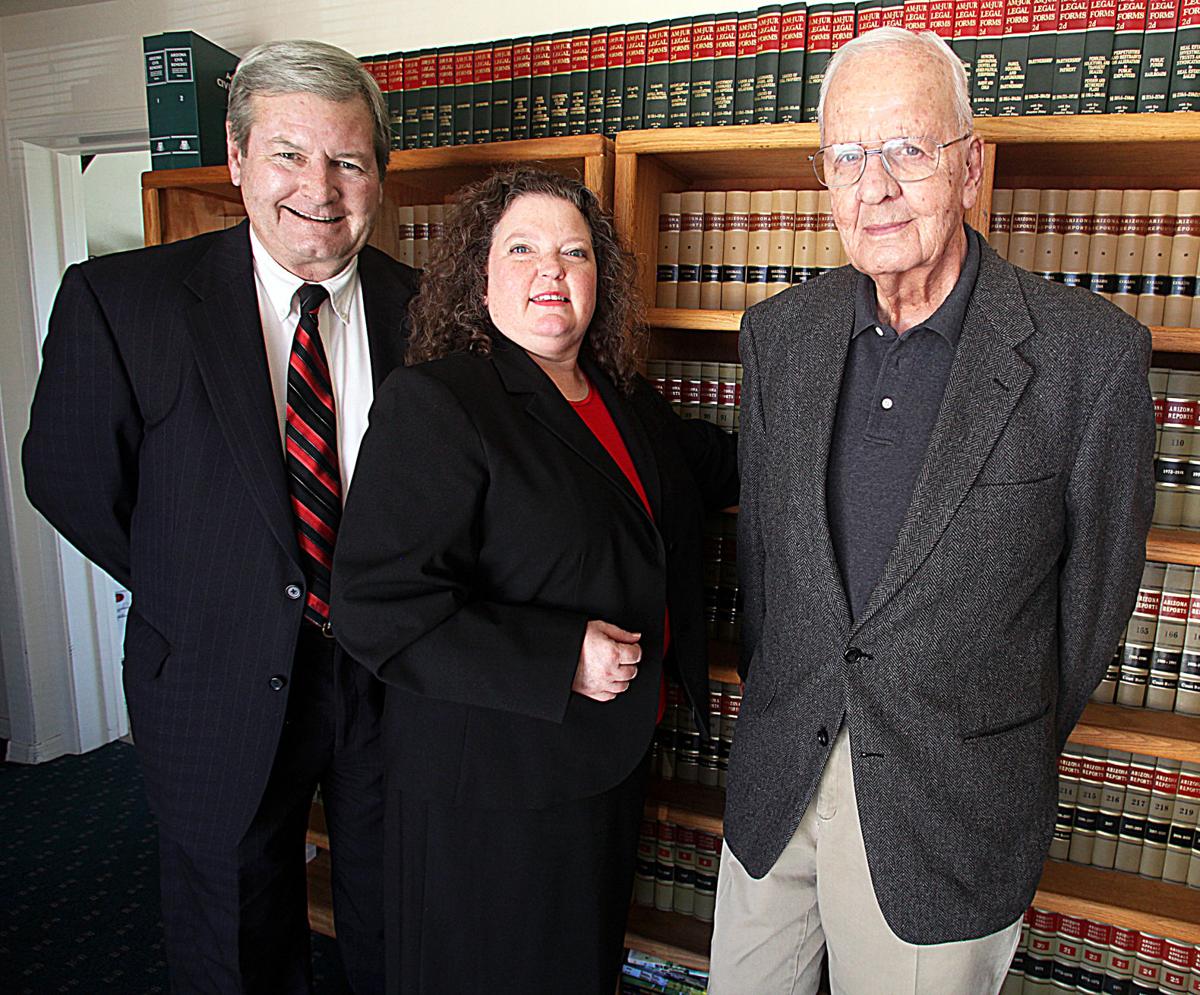 Matthew Borowiec stands with his children and fellow attorneys Joel and Anne recently in their Sierra Vista law office. 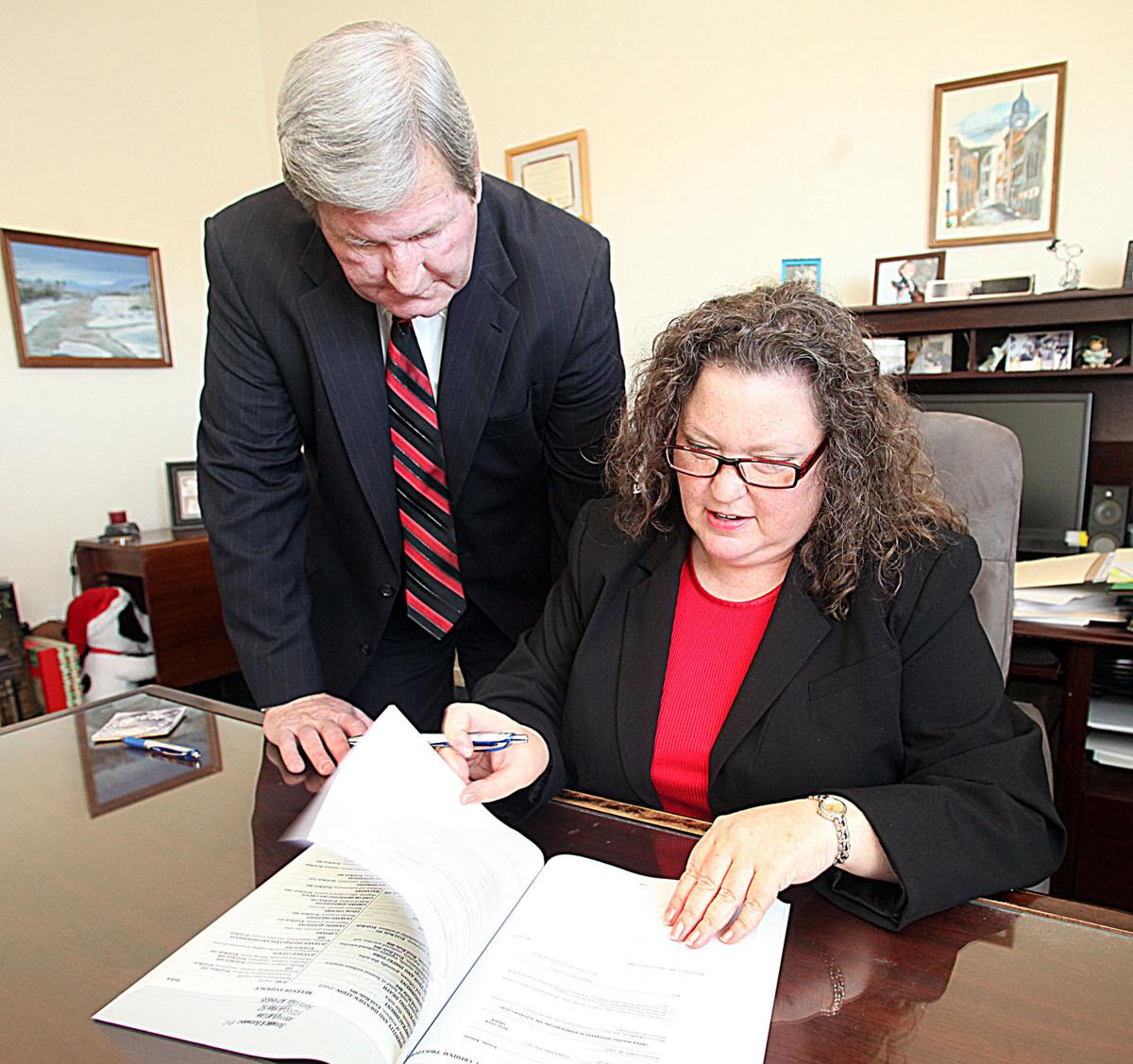 Matthew Borowiec stands with his children and fellow attorneys Joel and Anne recently in their Sierra Vista law office.

SIERRA VISTA — Matthew W. Borowiec may have retired as a Cochise County attorney and Superior Court judge, but the family name continues to be represented in the local legal profession.

Matthew’s three children grew up in Bisbee, and his second wife of 33 years, Charlene “Snoody” Borowiec, was born and raised in the historic mining town.

After he retired from the bench in 2000, Matthew joined Borowiec & Borowiec PC, a Sierra Vista-based law firm established in 1997 by his two sons, William and Joel.

The two brothers were later joined by their younger sister, Anne Borowiec, after she graduated from California Western School of Law in 1999. She started out as an intern at the family practice, where she worked as a law clerk. In 2001, just one year after her father left the Superior Court bench, she became an attorney.

William Borowiec died in 2004, and is deeply missed by his family and all who knew him, Anne said.

When asked what drew him into the legal profession, Matthew Borowiec admitted that studying law was not high on his list of career choices.

“Interestingly, when I was in high school and even in college, I really didn’t know what lawyers did,” he said. “My parents used lawyers on occasion, and I remember thinking they always dressed nice and looked pretty good. But that was my only introduction to them.”

Matthew studied English and history in college, but struggled to find work after getting out of the service in 1958.

“The economy was so bad at that time, I decided to return to college. I went through the University of Arizona school of law and earned my law degree there.”

While pleased that his three children earned law degrees, Matthew said he never forced it on them.

“I’m proud of all three of them for putting in the hard work and getting through law school.”

Joel Borowiec graduated from Bisbee High School in 1976, and attended college at the University of Arizona, where he earned a Bachelor of Arts in 1982. He attended Hamline University School of Law in Saint Paul, Minnesota, in 1985.

“After I graduated, I worked as an in-house counsel for American Family Insurance, where I defended against injury claims. I enjoyed working there, and it was a great experience for me,” he said.

Anne Borowiec specializes in child and family issues. She graduated from the University of Arizona with a Bachelor of Science in child development and family relations, and worked with Child and Family Resources in Tucson before enrolling at the California Western School of Law.

She is raising a 10-year-old son who loves sports events, is involved in soccer, and is a Diamondbacks fan.

“He’s a rock hound, has an inquisitive mind and loves learning,” she said. “We’re not going to push him into being a lawyer. We actually could use a doctor in the family.”

Meanwhile, Joel’s daughter, is a premed student at the UA, working on a degree in nutritional science, with a minor in microbiology.

“Maybe she’ll be the family doctor,” Matthew said with a nod.

A true family operation, Matthew’s first wife and mother of his three children, Margo Borowiec was the firm’s bookkeeper for a number of years.

Working in such a tight-knit business is fun, Anne said.

“There’s a lot of support and we bounce different things off each other. It makes holidays interesting. Because we’re all attorneys, we talk law.”