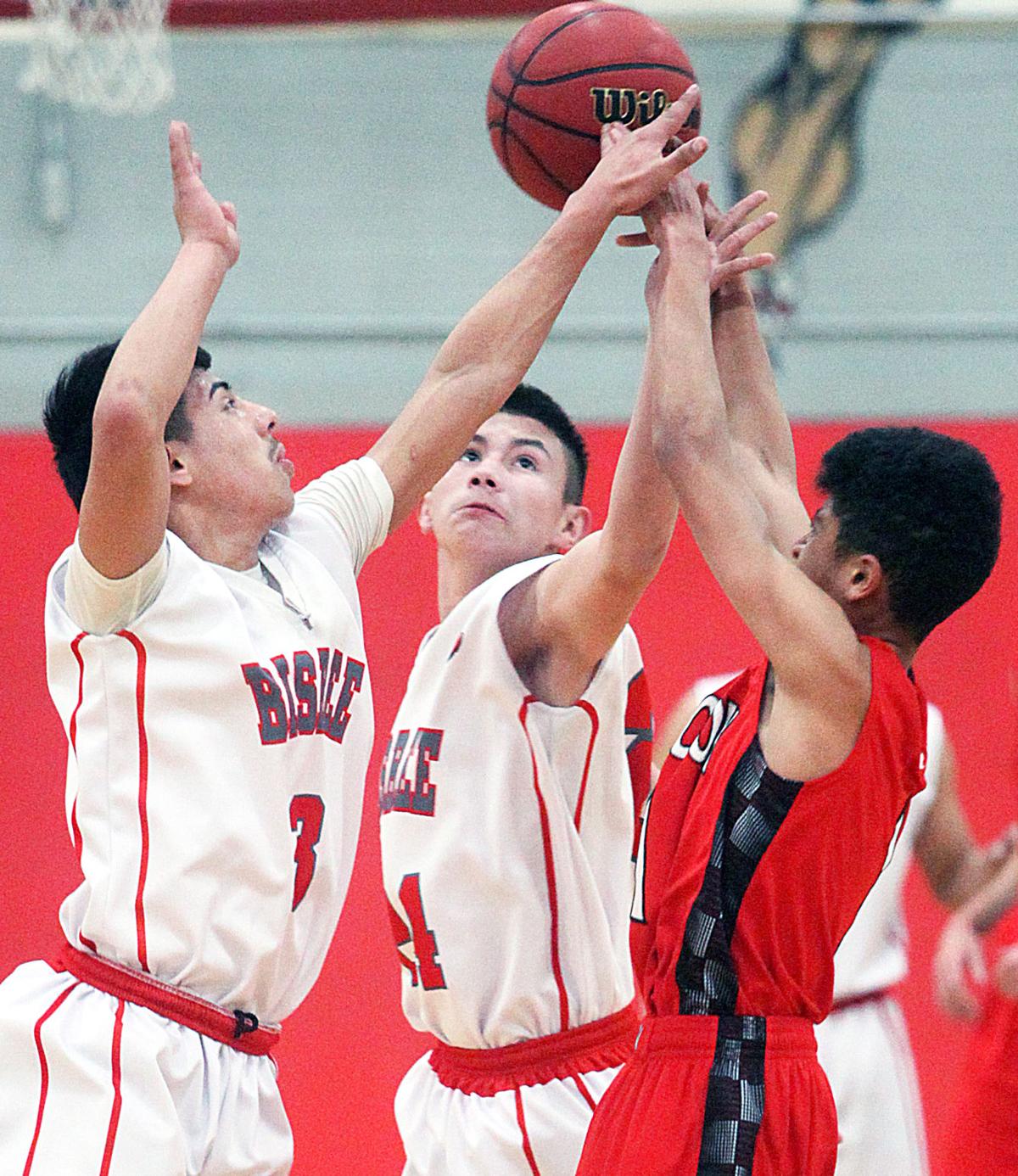 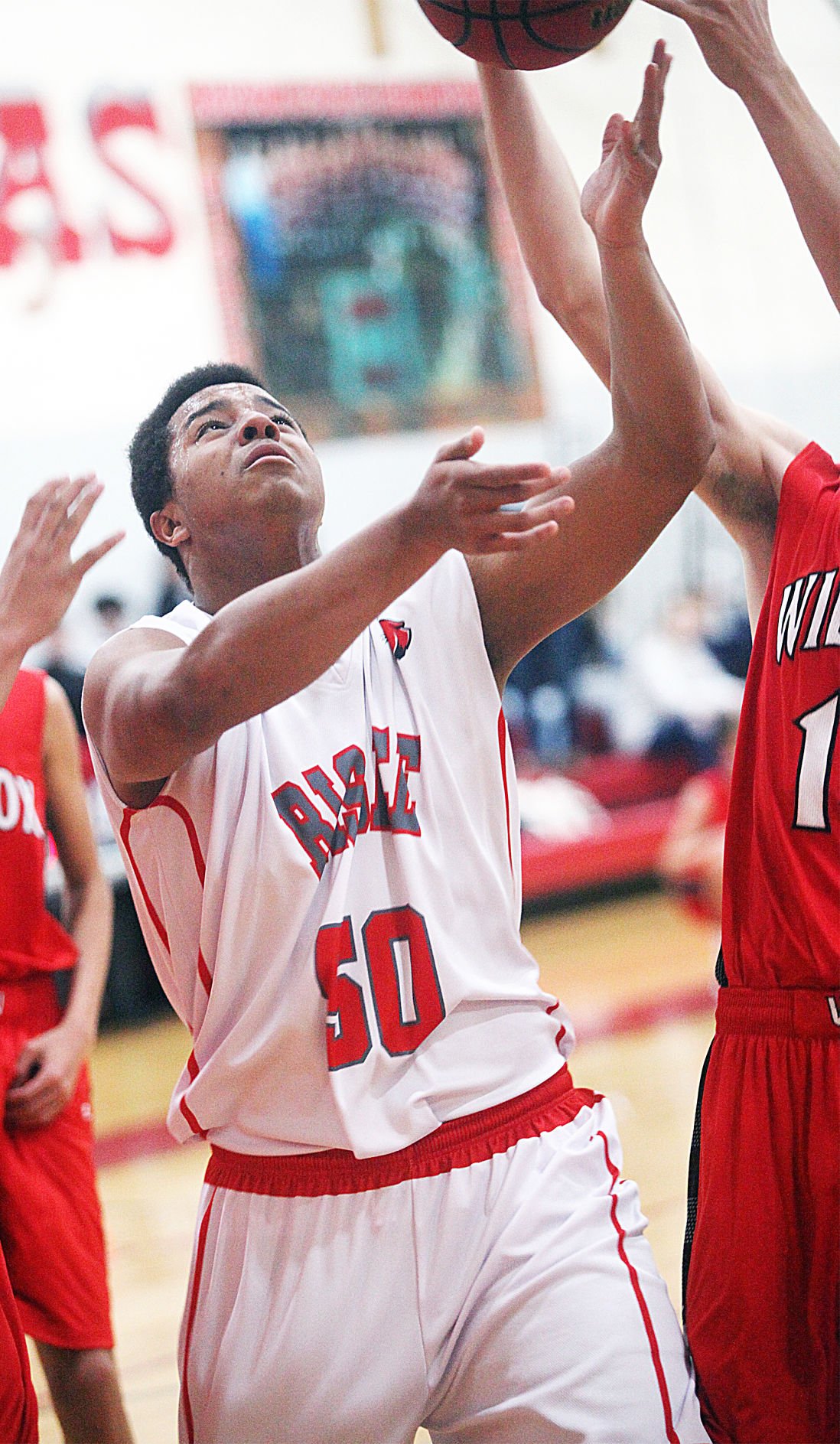 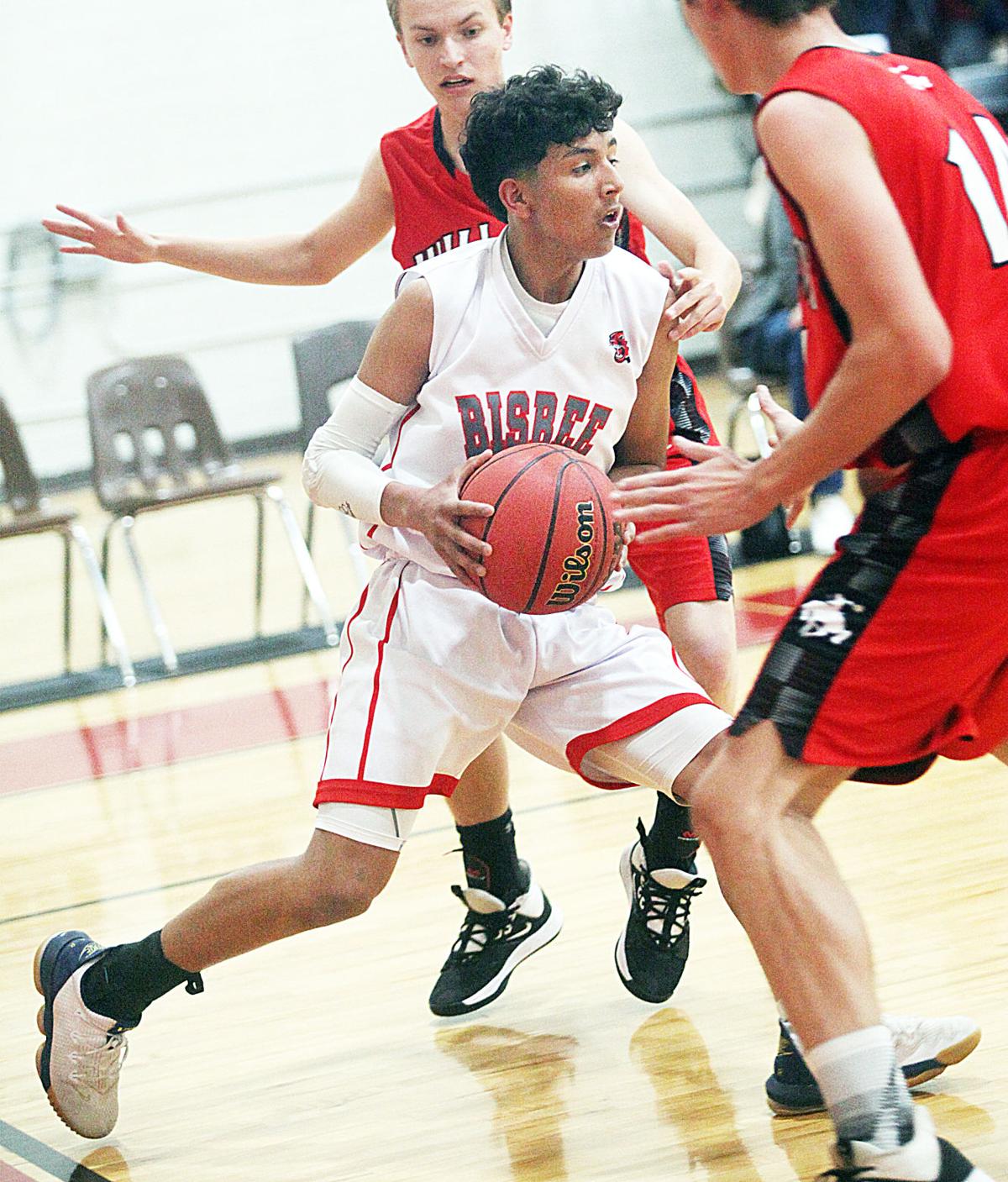 Bisbee senior Miguel Urcadez moves the ball along the baseline in Tuesday’s game against Willcox.

Bisbee senior Miguel Urcadez moves the ball along the baseline in Tuesday’s game against Willcox.

BISBEE — The Bisbee High School boys basketball team needs a strong 2A East region tournament performance if they want to see the postseason, and they had a good start Tuesday night, defeating Willcox 69-57 to advance to the semifinals.

Bisbee scored the first bucket of the game seconds into the first quarter but just over a minute later Willcox took the one point lead. The Cowboys scored seven unanswered points to go up 7-2 midway through the quarter. Bisbee battled back and scored seven unanswered of their own to take a 9-7 lead with just under three minutes to play in the quarter. The teams we knotted 13-13 with 45 seconds left when Bisbee called a timeout. They scored four points out of the break to hold a 17-13 advantage after the first eight minutes.

Luke Hammett led the Pumas’ offensive charge in the second quarter to expand the home team’s lead, knocking down eight points in the frame. Bisbee led 26-21 midway through the quarter and extended it to seven points, 31-25, with a minute to play in the half. The Pumas added a bucket to their score before the intermission to lead 33-26.

Bisbee’s leading scorer, David Ballesteros took off in the second half to secure the win for his team, despite fouls against Bisbee keeping Willcox in the game. Ballesteros scored 16 of his team-leading 24 points in the second half. Sharp shooting from the 3-point line also helped keep the Cowboys at a distance. The Pumas hit eight 3-pointers, six of them in the second half, and four by Hammett, who finished the game with 18 points.

The Pumas are back on the court Thursday when they travel to Thatcher. A win against the Eagles puts them in the region championship game. Thatcher defeated Bisbee both times they played this season.