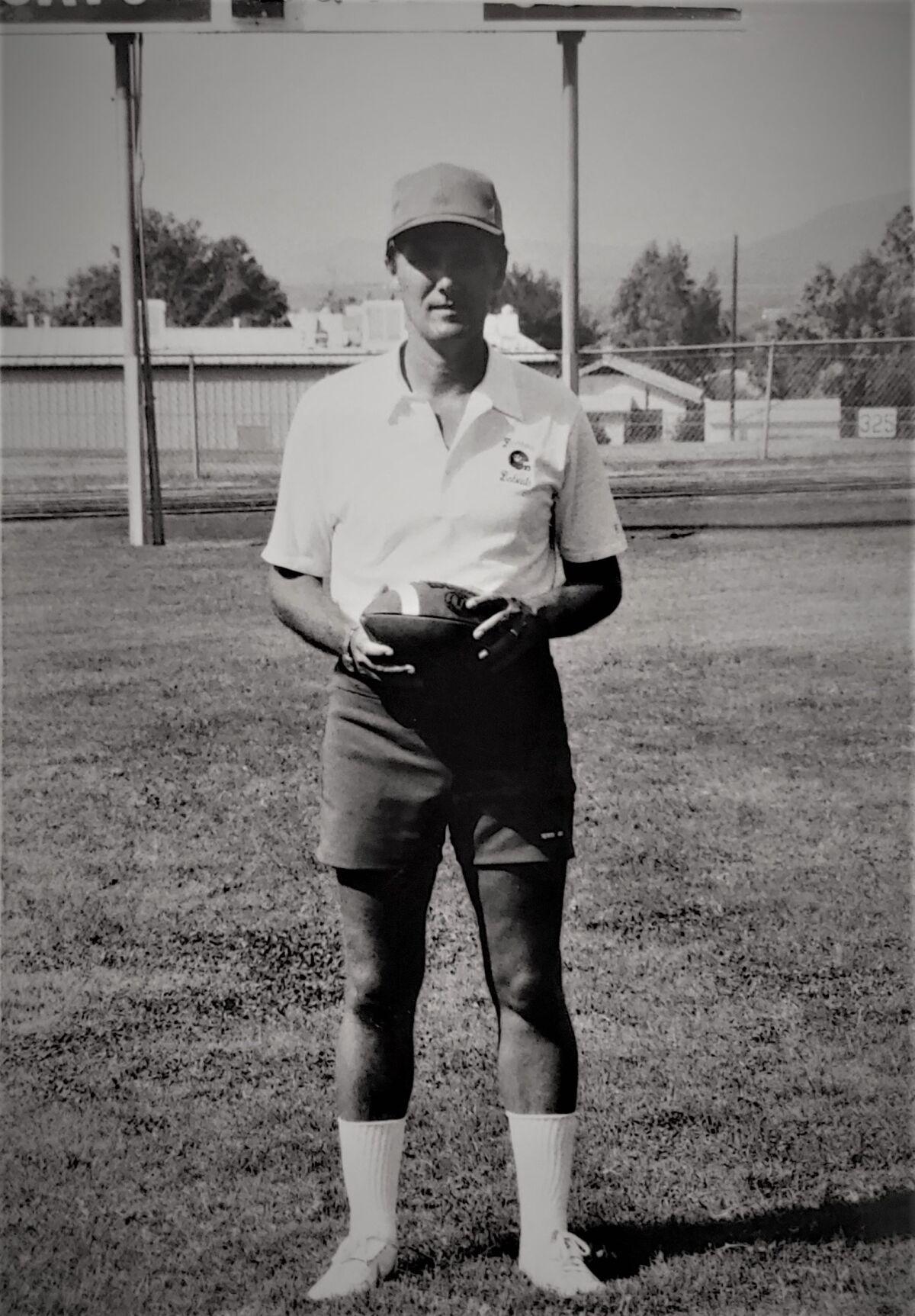 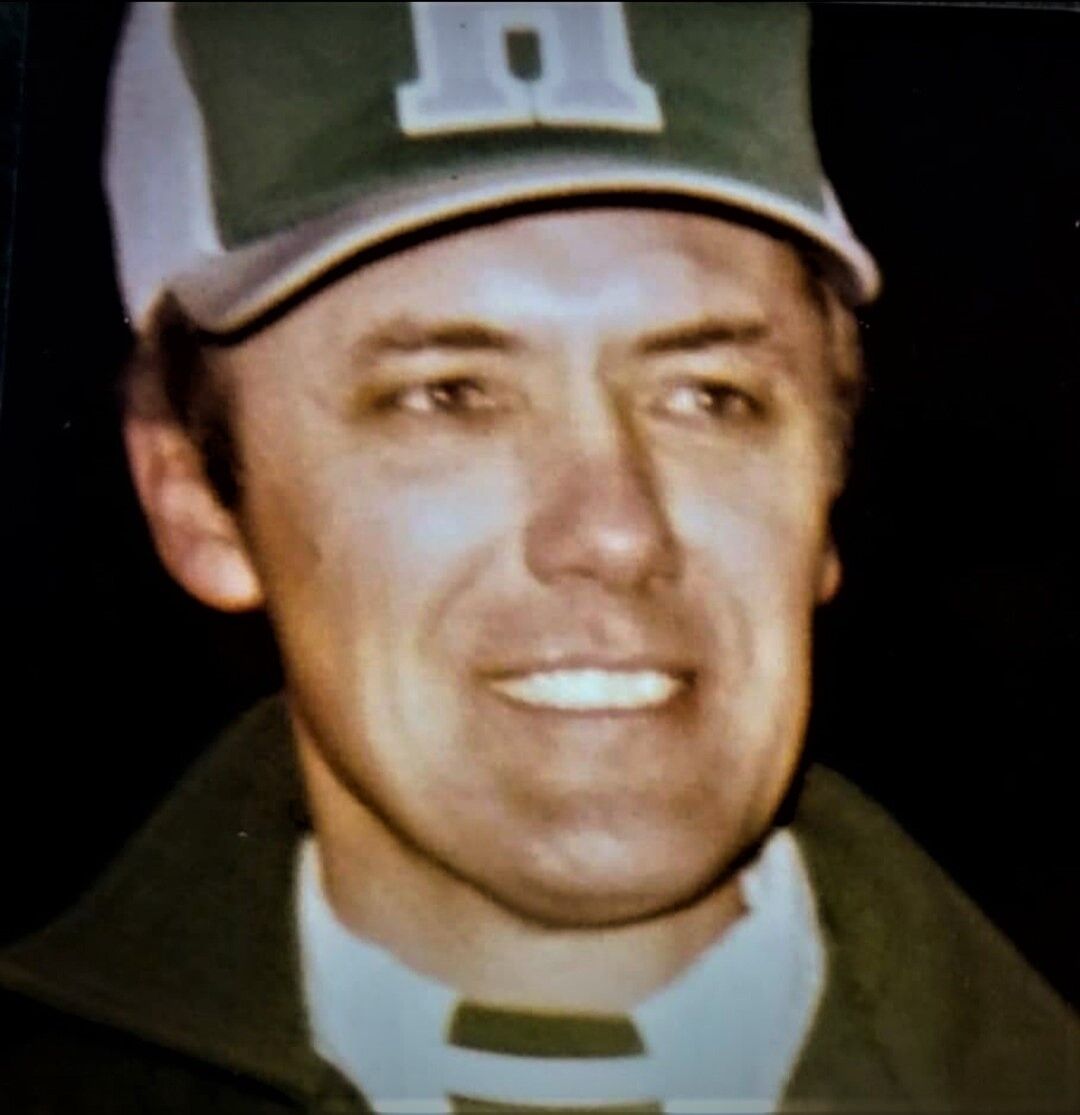 Gary Roebuck passed away on Sept. 5 in Mesa.

Gary Roebuck passed away on Sept. 5 in Mesa.

BENSON — The success of a coach is not only determined by their win-loss record but in their ability to help build a positive future for those they lead. Gary Roebuck, who passed away on Sept. 5 in Mesa, was one of those football coaches.

An avid athlete, Roebuck competed in football, basketball, baseball as well as track and field in the small town of Velva, North Dakota. His hard work on the Velva High School Aggies football field as a defensive lineman caught the attention of the Minot State University football coaches who offered him a scholarship. He went on to play football for the MSU Beavers while earning his degree in math and physical education.

Inspired by his high school football coach Greg Woznick, Roebuck’s dream was to teach, coach and pass on the skills that his high school coach had taught him. It was more than just his career in teaching and coaching, however, that drove Roebuck in his life. It was his desire to help others, to make positive changes in the world around him.

His first teaching position took the newly married Roebuck and his wife Janie to Fessenden, North Dakota where he taught math and coached basketball and football for six years. The Roebucks would then move to Holdingford, Minnesota, where Gary Roebuck taught math, coached football and later served as their dean of students and athletic director.

“Gary was a great football coach,” Dale Bruns, Gary’s assistant football coach from 1969-84, said. “Gary was a tremendous recruiter who would personally talk to students and tell them to give football a chance – he got everyone out for the team. He inspired his athletes to play far above what they thought they could do. That’s what set him apart from others – his ability to motivate his athletes in a positive way.”

During his 15-year tenure at Holdingford, his Huskers football team made it to two semi-final games, earned one runner-up title in 1974, and won the Minnesota state Class B football championship in 1981.

“I remember watching the championship game from the stands with my mom,” Renee Roebuck, Gary’s daughter said. “After the game I was on the field with everyone celebrating our victory and listening to my dad congratulate his team when he was presented the championship trophy. Everyone was cheering and holding the trophy. As the celebrations ended and everyone started leaving the field, my dad came over to me and handed me the trophy and told me to carry it for him. What an honor – I was so excited to be the one to carry that trophy off the field.”

Gary Roebuck (his wife Janie Roebuck and their two children Jeff and Renee) would stay in Holdingford until Jeff’s graduation in 1984. Soon after they made their home in Benson where Gary Roebuck would teach math and coach football from 1984-90. He also served as athletic director for five years.

When he arrived in Benson he immediately began preparing for his football season, recruiting, and working with his assistant coaches.

“Football was having voluntary workouts in the gym,” Benson High School 1986 alumni Devin Fenn said. “I had been working on the ranch with my dad and I walked into the gym when practice was almost over in my jeans and cowboy boots. I told coach Roebuck that I had been working with my dad but that I’d be there the next day. He told me that he had big things planned for me and to ‘hurry up and get your stuff done’ and that he’d see me the next day.

“Coach Roebuck had a wealth of knowledge about football,” Fenn continued. “He helped us become one of the best teams in the state during the two years I had him as my coach. He never yelled but talked firm. We were all motivated by things he said about football. He was a great coach who always respected us and treated everyone fair.”

Those who coached with Gary Roebuck also have high praise for his efforts and the changes he brought to the Benson Bobcat football program.

“Gary brought Midwestern football techniques to our program,” retired Benson High teacher and coach Pete Bearse said. “He was a pleasure to coach with – we had productive coaches’ meetings, watched game films as a coaching staff, and helped each other in our separate areas of expertise.”

Retired Benson High counselor and coach Max Valkingburg remembers the times on and off the field that the coaches worked on their practice and game plans.

“He had a very good football mind. His practices were always organized and everyone had their own role to play in getting our team ready for the next game,” Valkingburg said.

“Gary was a quiet man who never bragged about himself or his accomplishments,” Driggers said. “He cared for the needs of our students and athletes. I remember when he was the athletic director and we were having our new gymnasium built. He made sure that the original gym would not be taken down so we could have two gyms for our school.”

During his tenure in Benson, Gary started the high school football summer passing league. He was also instrumental in creating the Benson Pop Warner Youth football league in 1985.

“Gary wanted a program for younger kids who wanted to play football so that they could learn proper football skills as they worked their way up to the high school program,” Benson native and former youth football coach Nick Maldonado said. “He called several community members who he thought would be interested in helping and we started working on getting a youth league together. We advertised and it soon became a huge success. We had fundraisers to purchase equipment because we needed everything from uniforms to footballs. That first year there were 6 teams in the league (Benson, Fort Huachuca, Huachuca City, two from Sierra Vista and Bisbee). That was in 1985, over 35 years ago and we still have a successful Pop Warner program to this day. It has made the difference in hundreds of lives.”

Students and athletes have fond memories of Roebuck but it is the ones from his grandchildren that show Gary Roebuck’s other side, the man they called Papa.

“My Papa was always my best friend,” grandson Blake Roebuck, a current walk-on freshman football player at the University of Arizona, said. “We would talk for hours and if we weren’t talking in person we would be texting. If I had a football or basketball game, he would do everything he could to be there – and we would always talk after my games. He would help me process what I did well and what I needed to work on but he was never a helicopter coach – we just talked.”

Granddaughter Tiana Roebuck remembers her Papa and Nana attending not only her Thatcher High School volleyball and tennis games but her college volleyball games at Eastern New Mexico University. “He was always proud of me and my accomplishments,” Tiana Roebuck said. “He would sit in the stands and watch me play, not to analyze what I did but just to support me.”

Grandson Tyler Roebuck, who competes on the New Mexico State University football team, echoes the words of his cousin Blake and his sister Tiana when reminiscing about his Papa.

“My grandfather was a great coach and even a greater Papa,” Tyler Roebuck said. “The wisdom he gave me are things I will never forget. Yet some of the best memories I have of him are him wearing goofy prank teeth during family events like Thanksgiving. He was probably the biggest prankster in our family.”

As his family, friends, athletes, and students think back on the memories they have of Gary Roebuck, they remember a humble man who always thought of others above himself. The numerous awards and accolades he was honored with throughout his life show the dedication he put into his work but if asked, he would put the talk of those honors aside to reflect on his former athletes, children, and grandchildren’s accomplishments.

“Whether we were talking about my games, playing golf, or texting, I never felt my Papa’s age,” grandson Blake Roebuck said. “Without a doubt, he was the greatest man I have ever known or will ever know.”