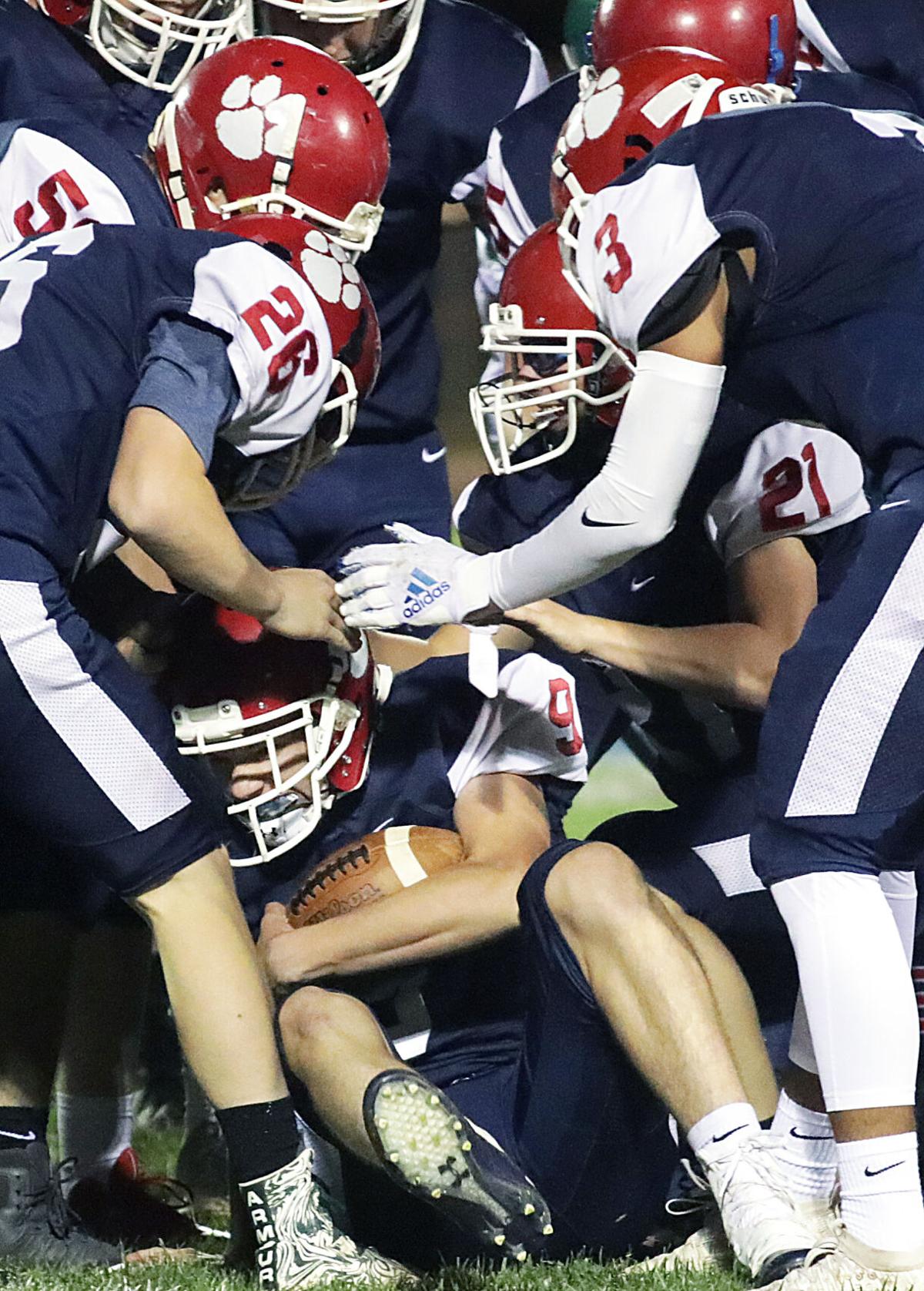 Freshman special teams player Dalton Crockett is protected by teammates as he comes up with a fumble after a kickoff Friday in Benson. 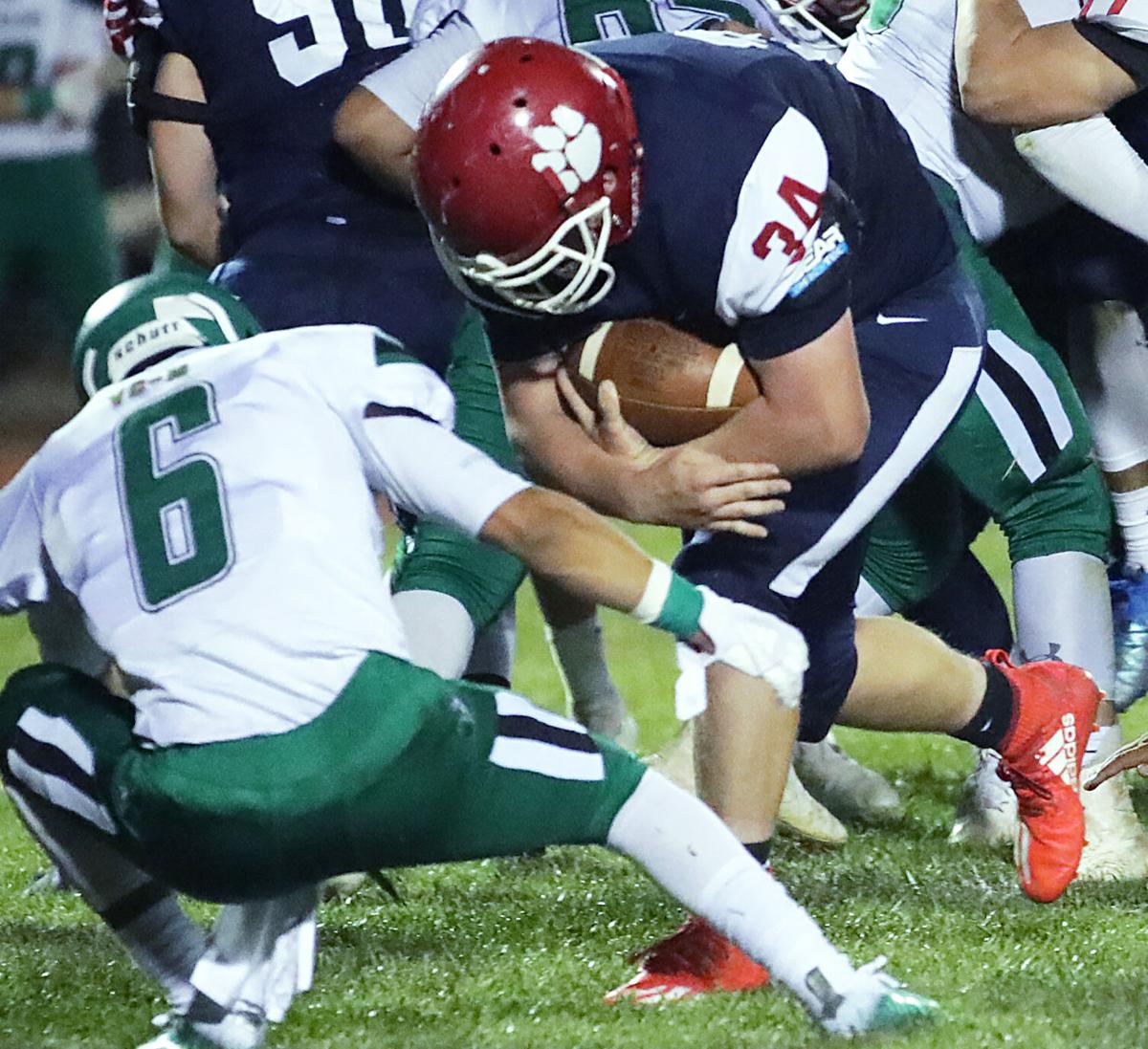 Benson fullback Jace Barney, junior, bowls over tacklers as he rumbles up the field in Friday’s game against Miami. 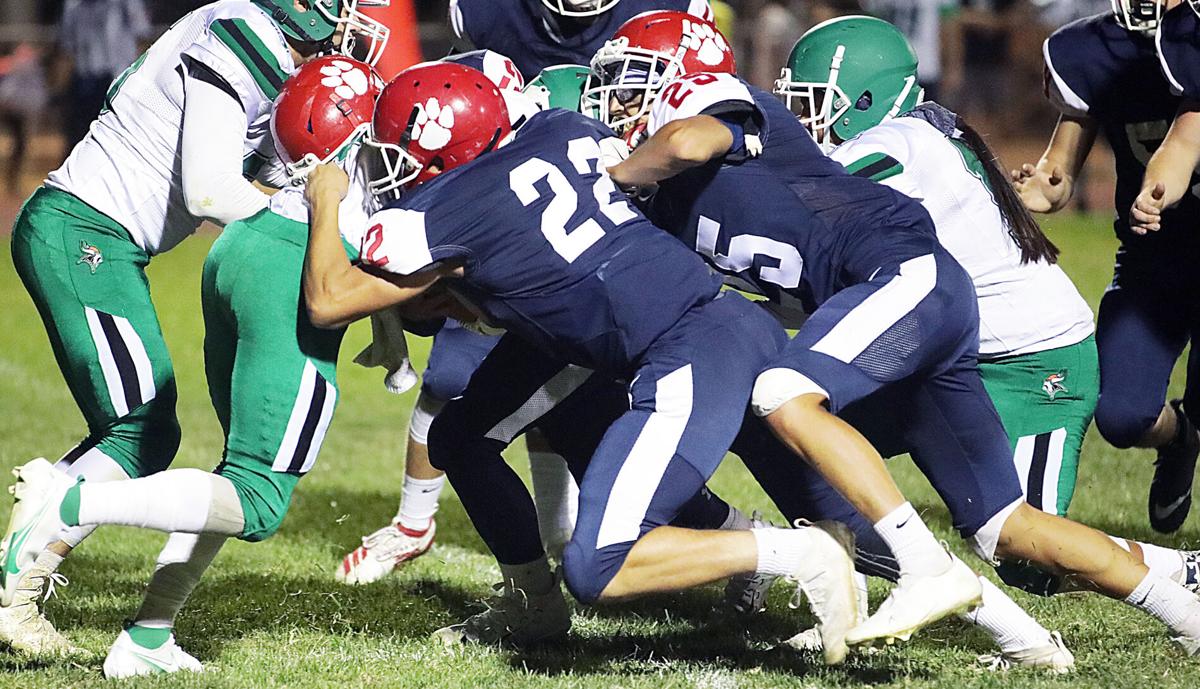 Freshman special teams player Dalton Crockett is protected by teammates as he comes up with a fumble after a kickoff Friday in Benson.

Benson fullback Jace Barney, junior, bowls over tacklers as he rumbles up the field in Friday’s game against Miami.

BENSON – The Benson High School Bobcats came alive early in Friday night’s game against their out-of-region opponent, the Miami Vandals, in 2A football action. Benson once again defended their home field with a 40-16 win to improve to 2-0 on the season.

An early interception following the opening kickoff, gave the Bobcats the opportunity to run the ball for a first down on the following play.

The Bobcats were able to drive for another first down before scoring their first touchdown of the game, when running back Devin Bowling ran the ball into the end zone with 4:32 remaining in the first quarter. Bowling’s touchdown was followed by an extra point.

After the first quarter ended without any answers on offense from the Vandals, the Bobcats once again started a quarter off with a bang. Benson’s defense snatched another interception and returnd the ball to the end zone to start the second quarter. The completed point after attempt made the score 14-0 with 8:58 left in the half.

The Vandals offensive struggles continued when they fumbled and turned the ball over for the third time. Wyatt Wilharm recovered the ball for the Bobcats. Benson capitalized off the turnover with their third touchdown of the game and took a 20-0 lead. The Bobcats added one more touchdown to their score before the intermission and held a 26-0 advantage at halftime.

The fourth quarter saw the Bobcats once again rallying on offense behind quarterback Brok Determan to go ahead of the Vandals 40-8 with 7:57 remaining in the game. The Vandals weren’t quite ready to walk off quietly into the night as they managed to put up one more touchdown before the end of regulation to make the final score of game 40-16 Bobcats.

The Bobcats are currently in first place in the 2A San Pedro region with a 2-0 overall record.

Benson is without an opponent next week after Pima High School had to cancel after half the team was quarantined after a positive COVID test. The Bobcats are on the hunt for a new opponent.