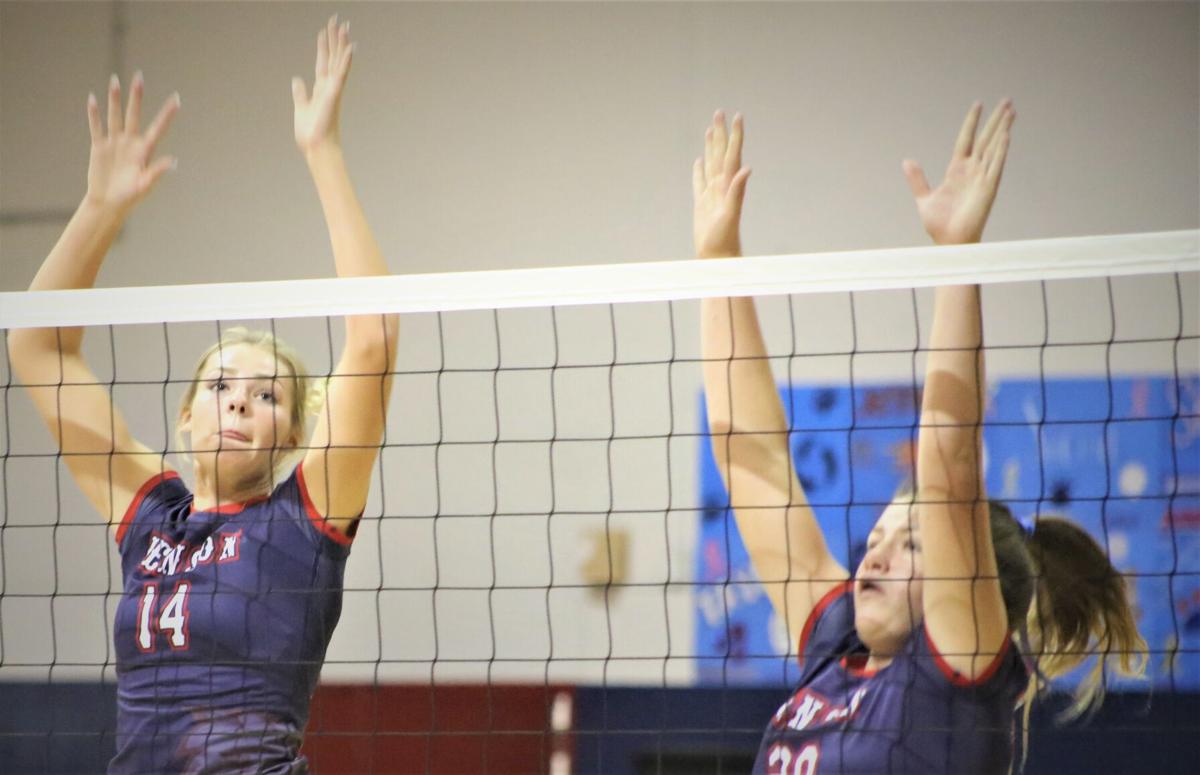 Emily Darwin and Ally Crouse jump for a block in the Bobcats' win over Tombstone.

The Benson team celebrates after winning a point Thursday night.

Emily Darwin and Ally Crouse jump for a block in the Bobcats' win over Tombstone.

The Benson team celebrates after winning a point Thursday night.

Tuesday’s win was the Bobcats’ fourth consecutive win after losing their first three games of the season. The Bobcats are 4-3 overall this season.

“We definitely did better communicating on the court but we still have room for improvement,” Benson varsity volleyball coach Katie Maakestad said. “Our serving was on point today and our hitters were more aware of the court.”

Benson hosts the Willcox Cowgirls on Thursday. The two teams squared off last week in Willcox, where the Cowgirls defeated Benson 3-1.