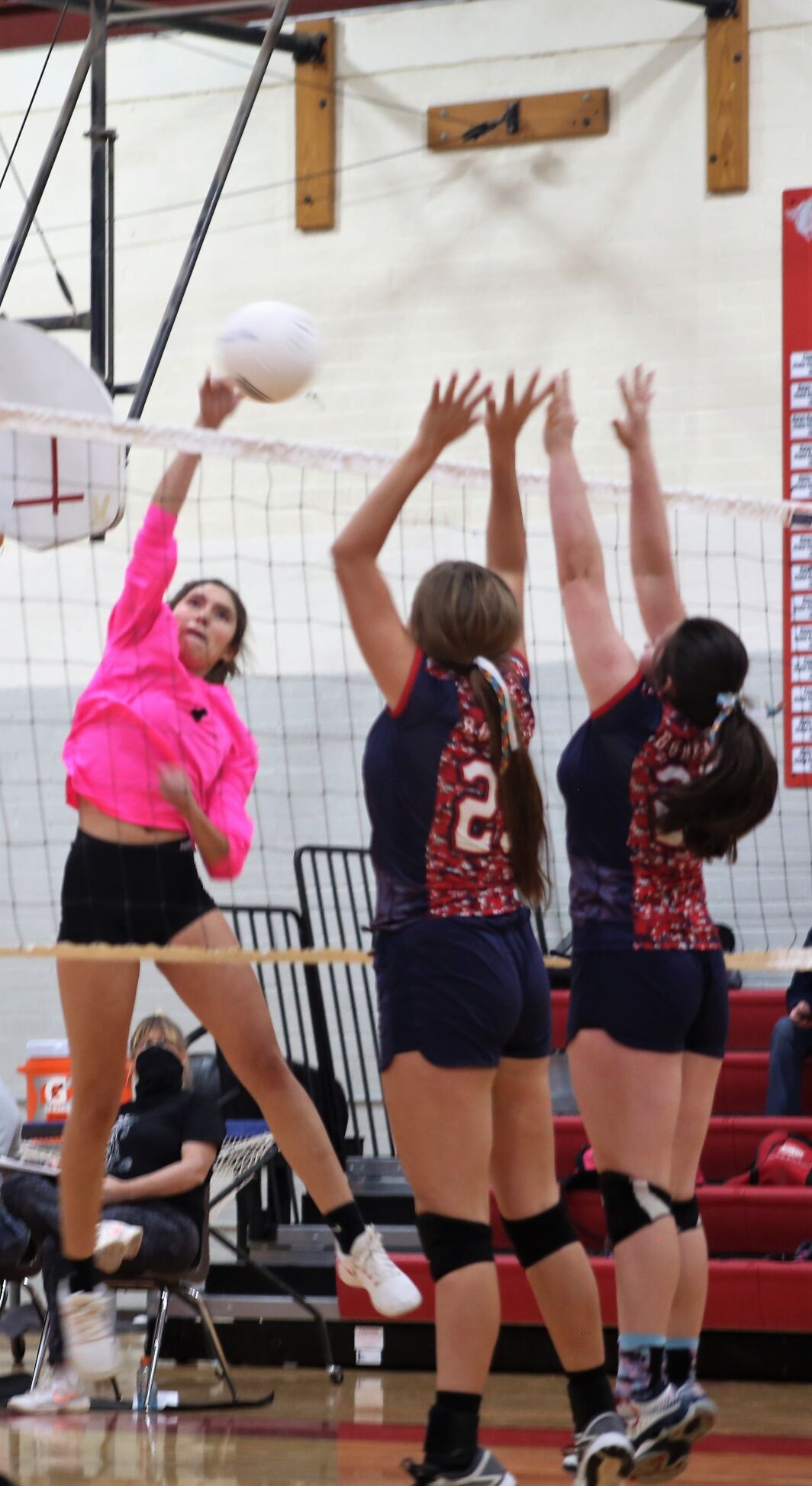 A Bisbee player goes in for a spike as the Benson team attempts a block. 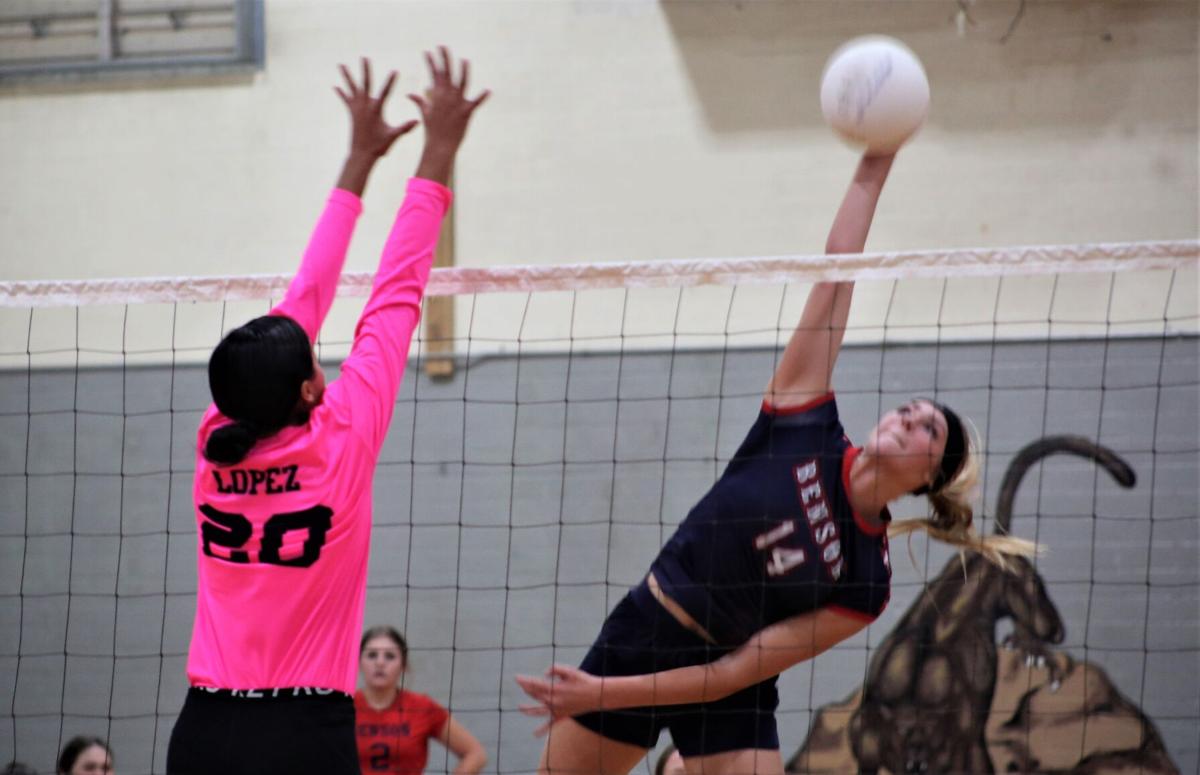 Gabby Lopez attempts a block while Emily Darwin spikes for a point.

A Bisbee player goes in for a spike as the Benson team attempts a block.

Gabby Lopez attempts a block while Emily Darwin spikes for a point.

BISBEE — It didn’t take long for Benson to defeat Bisbee Thursday night and extend its streak to seven games.

The Bobcats had a dominant start to the first set, scoring the first eight points behind the serving of Tatum Benson. Bisbee’s first point of the set came on a serving error by Benson. The Pumas failed to start a rally off the turnover and instead the Bobcats scored the next three points to make the score 13-1, forcing Pumas head coach Joni Giacomino to call a timeout and try and regroup her team. Bisbee’s next two points came off Benson serving errors. Mistakes and lack of communication hurt Bisbee throughout the set allowing Benson to breeze to a the win.

Benson dominated the third set. Power hitting by Emily Darwin was too much for the Pumas. The Bobcats jumped to a 10-3 lead and pushed it to 20-9.

Darwin’s shot off a Bisbee block won the set and the match for Benson.

No. 14 Benson moves to 7-3 overall this season while Bisbee drops to 5-5. Bisbee plays St. David Friday and Benson plays Tuesday when it hosts Morenci — the last team to beat Benson.