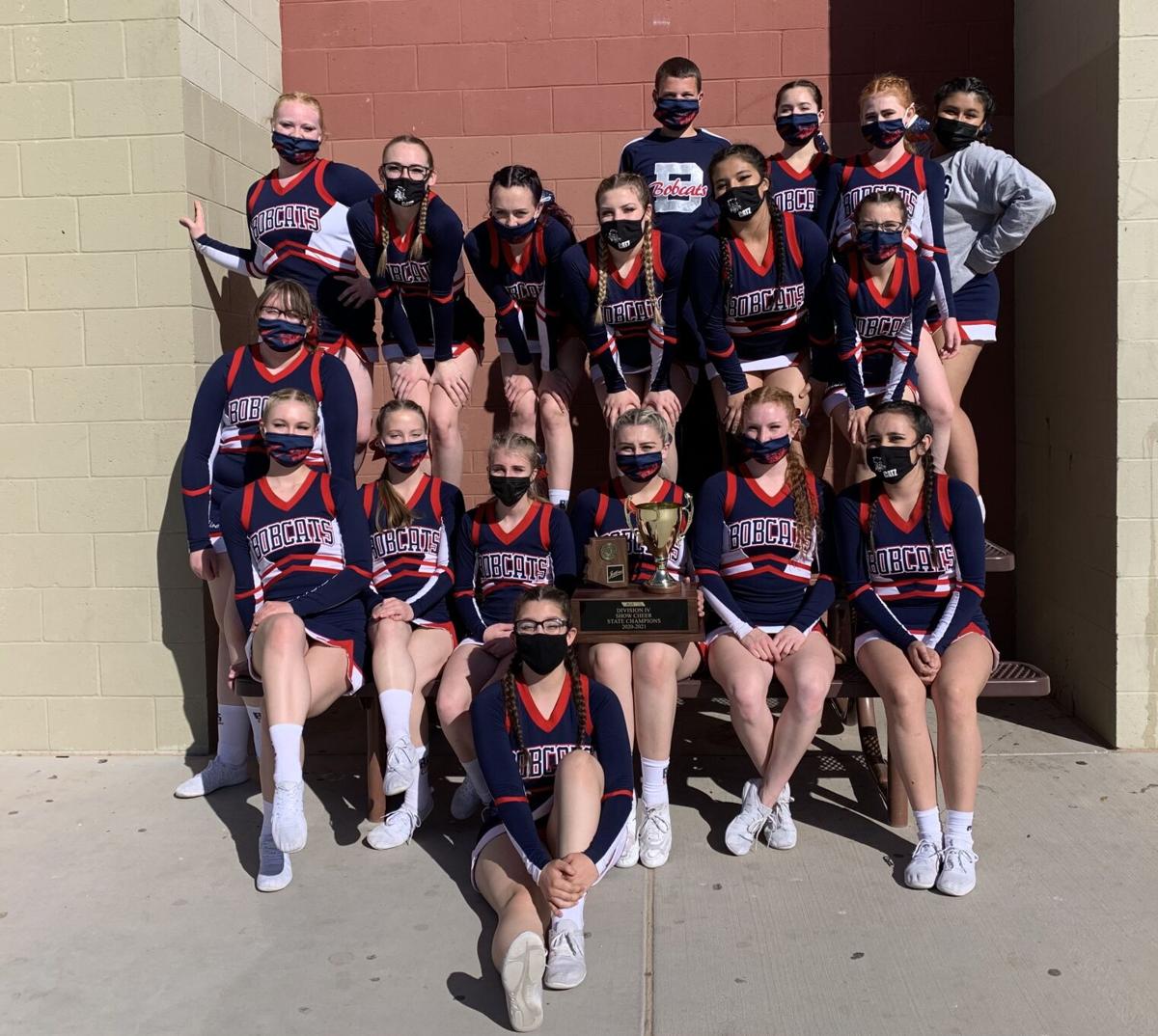 The show cheer team took first place in the state competition this past weekend. 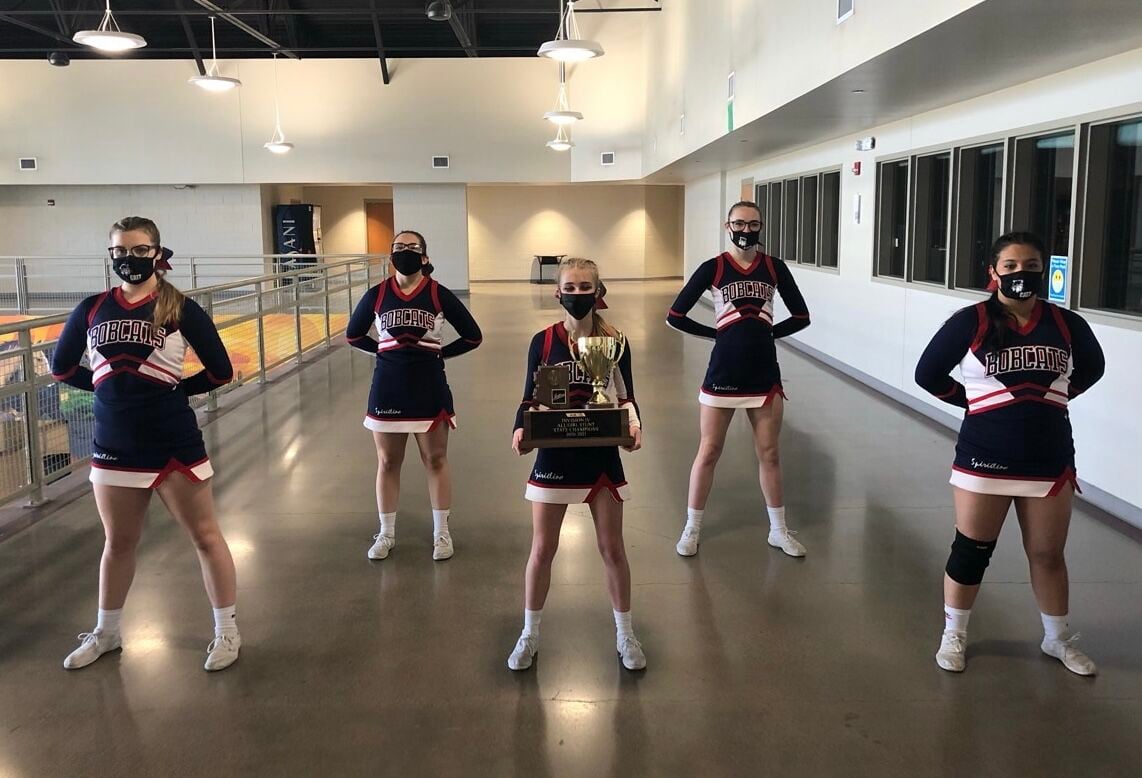 The stunt team took first place in the state competition this past weekend.

The show cheer team took first place in the state competition this past weekend.

The stunt team took first place in the state competition this past weekend.

“When they were announcing the results, we were all so excited,” Spiritline coach Elisia Rodriguez, in her 17th year coaching the Bobcats, said. “It was a really proud moment when they announced us as the winners of both All Girls Stunt and Show Cheer.

“Taking not one but two state championship titles is so amazing, so positive for our Spiritline program. This really highlights how much our athletes and coaches have worked to build our program.”

Earlier in the season the Bobcats competed in the regionals, with the All Girls Stunt team finishing first, the Show Cheer finishing second, and Hip Hop taking third.

Assistant coach Sammie Jo Hoffman, in her 9th year as an assistant coach, reflects Coach Rodriguez’s view that the hard work and dedication of all involved in the Spiritline program led to their championship victories.

“This was definitely a hard year with COVID restrictions and not knowing if we would even have state championships but this year I saw dedication like never before. It was good to bring home two state championships,” Hoffman said.

This year’s seniors definitely have great memories from their final Spiritline season.

“I’m really proud of everyone for everything we accomplished,” senior captain Mia Clarige said. “I want to thank everyone from my teammates to our amazing coaches who gave us this opportunity. Taking state was so amazing!”

Senior Grace Blalock was equally excited with the teams’ victories.

“I couldn’t believe it. I was speechless,” Blalock said. “All our hard work with drills and practices came to light at state.”

Competing in the All Girls Stunt were: juniors Sierra Engelhardt and Gwynn Lohoff; and sophomores Lela Garcia, Tatiana Quezada, and Josephine Romine.

Demetroulis knows that the future holds even bigger things for the Bobcat team.

“We had a long season but we all worked hard. I’m so excited that our All Girls’ Stunt and Show Cheer teams took state,” she said. “This was a building year for the future and next season will be even better.”