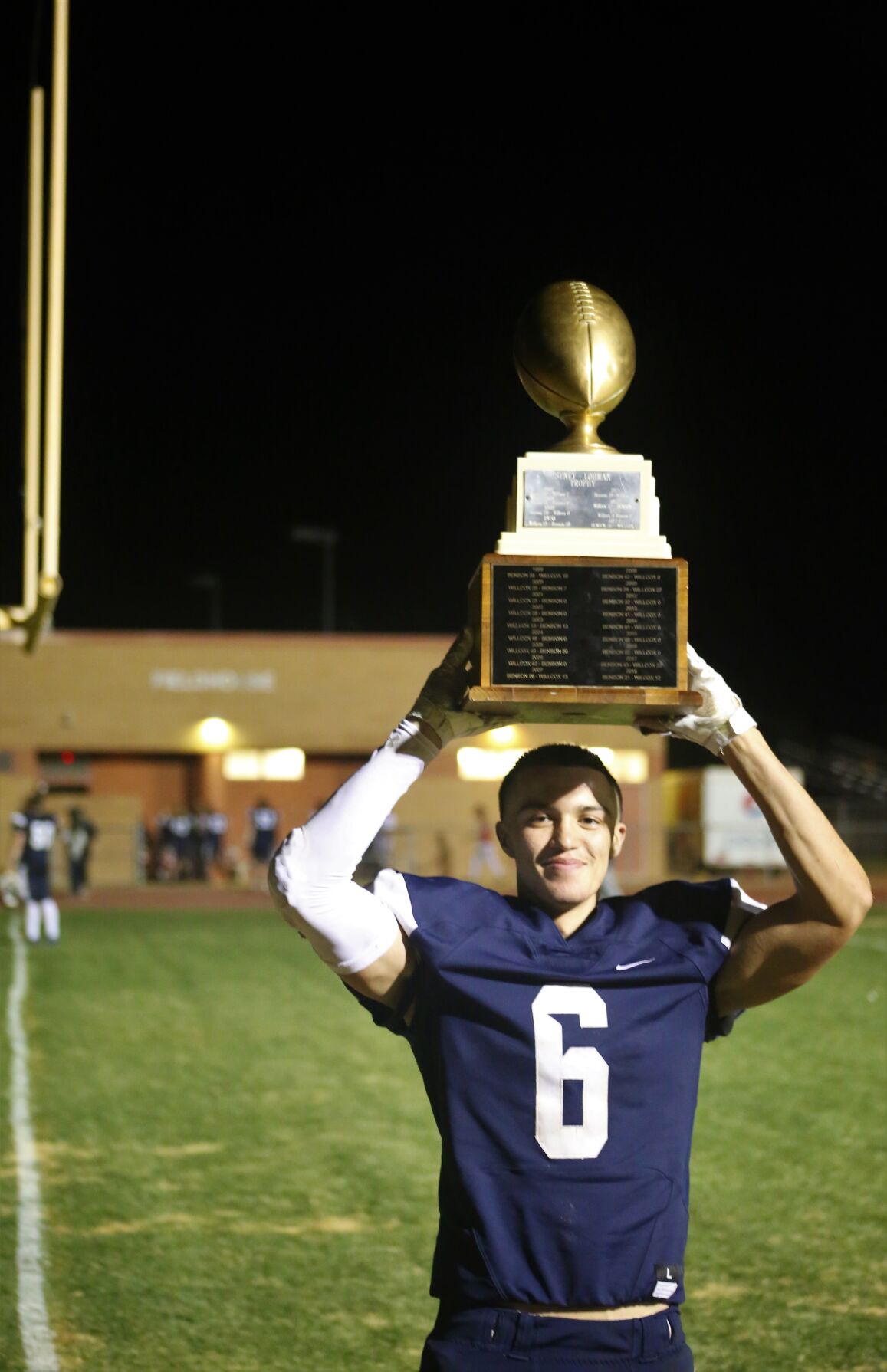 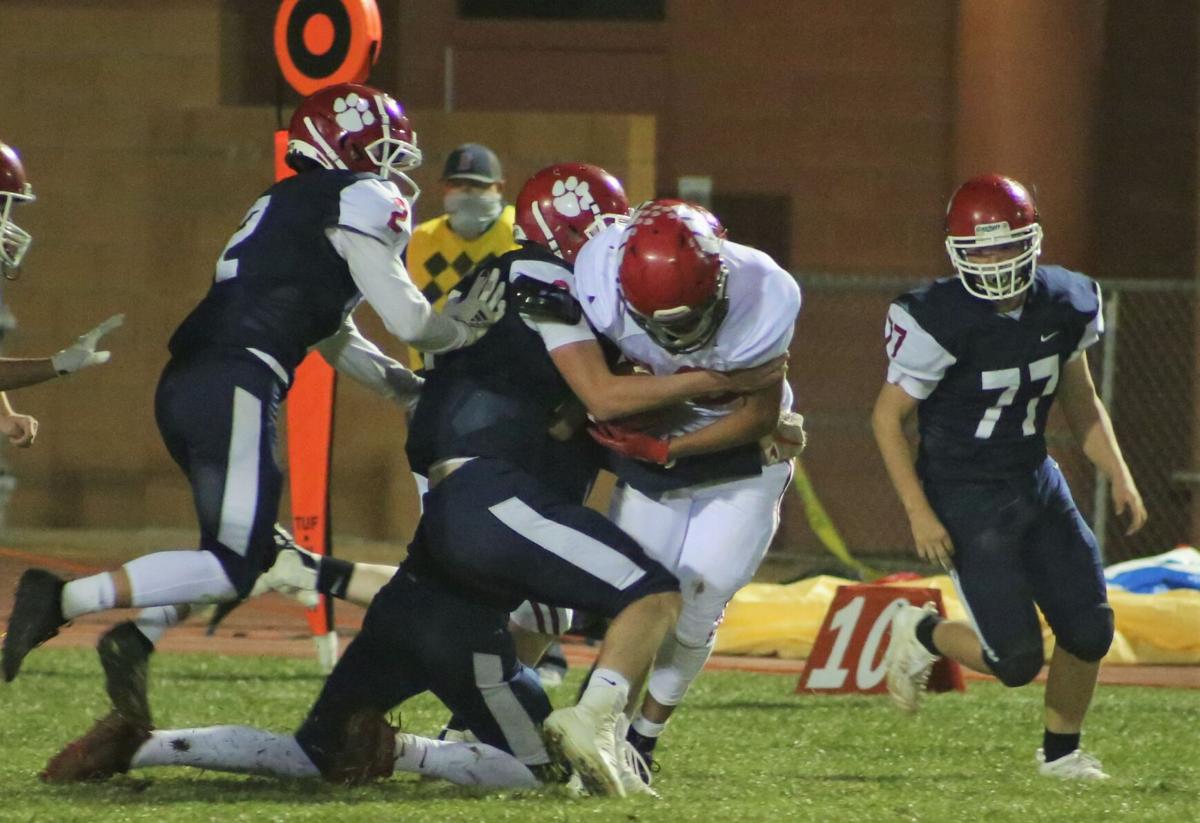 The Benson team makes a successful tackle against Willcox. 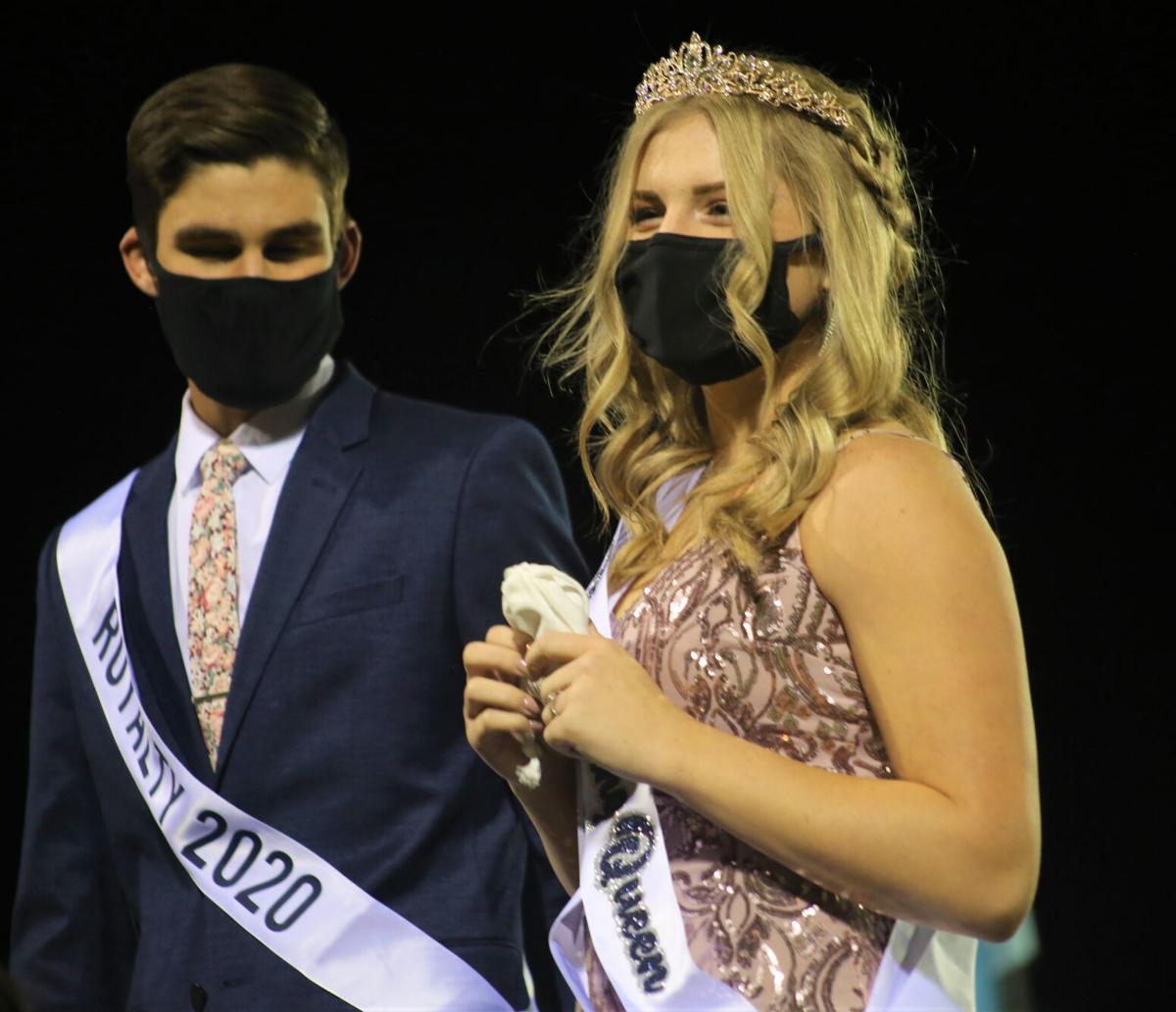 The Benson team makes a successful tackle against Willcox.

BENSON — In the annual battle for the Seney-Lohman Trophy, Benson came out on top for the eighth straight year over Willcox Friday night in Bobcat Country.

“A rivalry is, well, a rivalry. As a rivalry, you actually want to win (against) your rival, but which trophy do you want. Do you want to beat your rival or be (state champions),” Benson coach Chris Determan said.

The Bobcats defeated the Cowboys 42-0 to finish the regular season with an undefeated 6-0 record. The loss moved Willcox to 3-2 on the season.

Devin Bowling opened the scoring for Benson with a 25-yard touchdown with 5:23 remaining in the first quarter. An extra point followed to give the Bobcats a 7-0 lead, which they carried through the first quarter.

Tristian Martinez added to the Bobcats’ lead with a 25-yard rushing touchdown of his own with 10 minutes remaining in the half. Another extra point by Angel Rigney made it a 14-0 game.

Junior quarterback Brok Determan hit Rigney for a 70-yard touchdown with roughly six minutes left in the half. Rigney added the extra point to give the home team the 21-0 advantage.

With 38 seconds remaining in the half Jimmy Lerblance caught a touchdown pass from Brok Determan. A fourth extra point for the game, made it 28-0 Benson. The Bobcats carried their 28-0 advantage into halftime.

Seniors Taylor Fenn and Camden Waite were crowned homecoming queen and king during the intermission.

The Bobcats picked up where they left off in the second half. Jace Barney ran three yards for the Bobcats fifth touchdown of the game with 2:25 remaining in the third quarter. Rigney’s extra point put Benson ahead of a scoreless Cowboys 35-0, which they carried into the fourth quarter.

With 7:55 remaining in the game, Bowling scored his second touchdown of the game with a 66-yard run into the endzone. A sixth extra point made the score 42-0 giving the Seney-Lohman Trophy to Benson for an eighth consecutive season.

“We played hard. Played aggressive,” he said. “Still got some things to work on. Just little stuff that we’ve got to clean up, but for the most part it was a good win. We played physical and had fun.”

The Arizona Interscholastic Association released the 2A Play-in brackets, which has Benson as the No. 1 seed and Willcox as the No. 13 seed. Benson will host Pima on Friday. These teams did not play each other this season because Pima had to quarantine for COVID. Willcox will travel to play Arizona Lutheran.