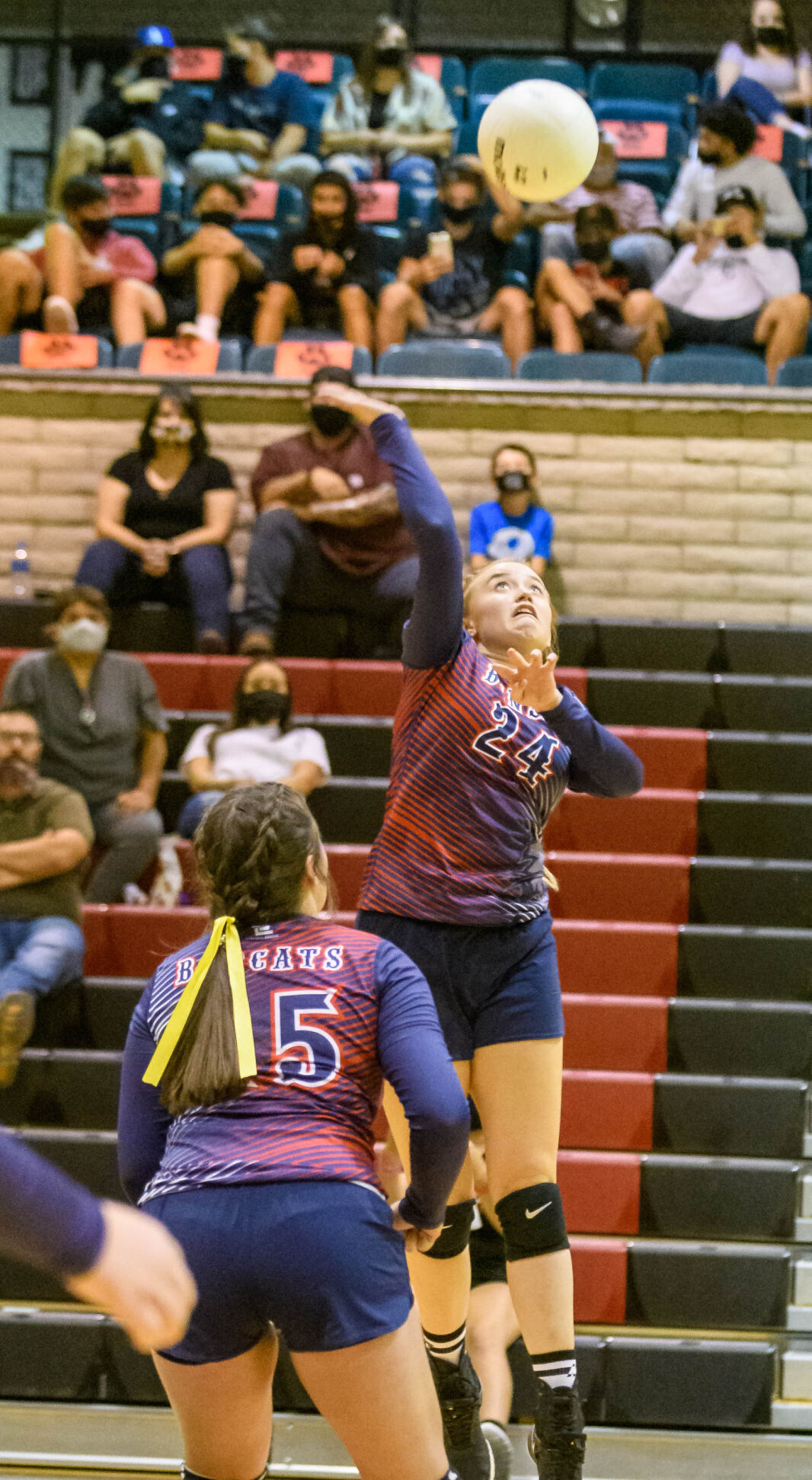 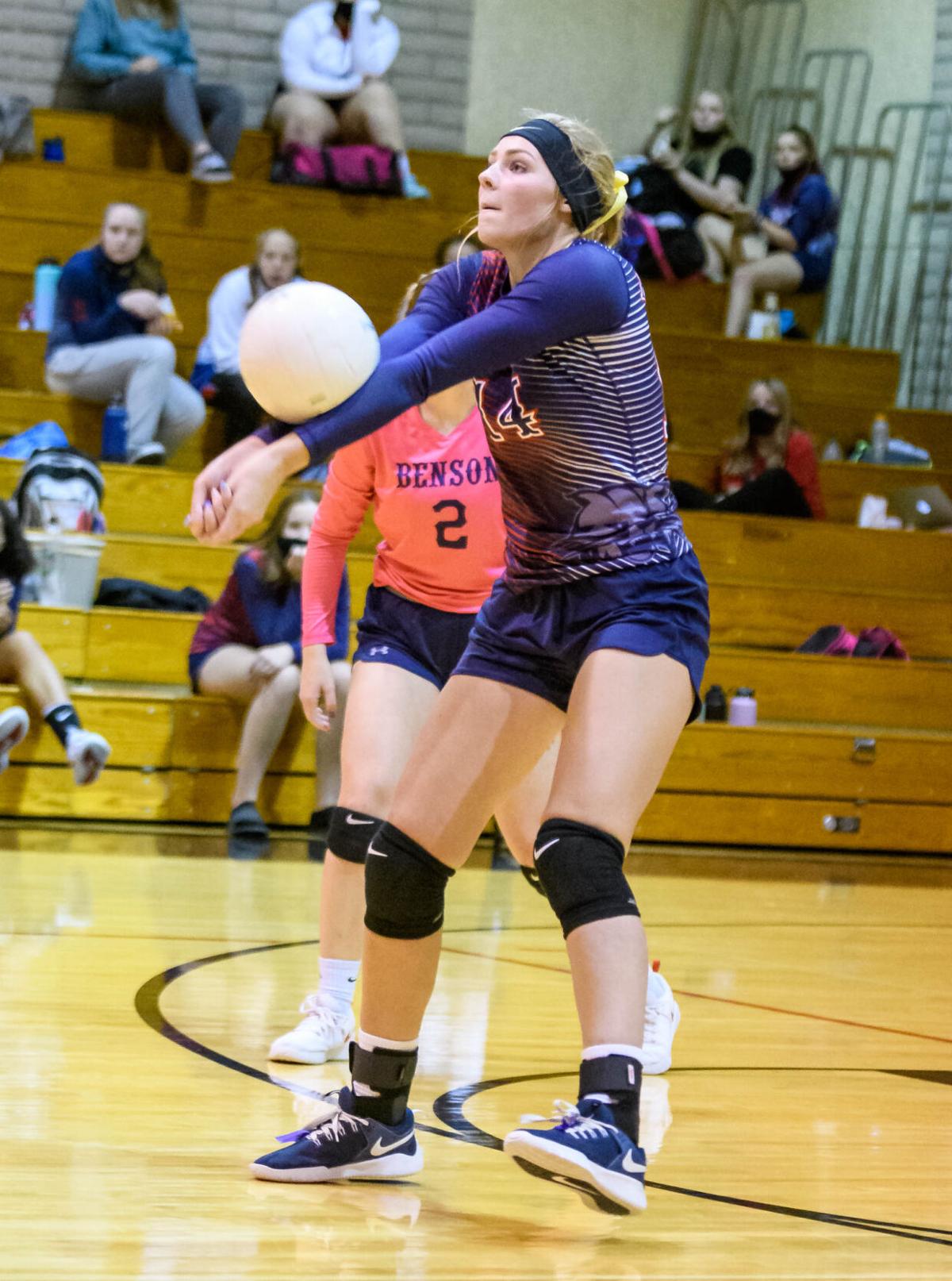 Benson picked up their first three wins of the season this week.

Benson picked up their first three wins of the season this week.

BENSON — The Benson volleyball team went into their week of competition with confidence that the hard work they have been putting in at practices would show in their games. The Bobcats’ efforts paid off as they went 3-0 for the week to improve to 3-3 overall this season.

The Bobcats hosted the Bisbee Pumas on Oct. 6. Benson started the game strong, defeating the Pumas 25-16 and 25-21 to go up 2-0 and one win short of the victory. The Pumas, however, came back to take the third game 22-25 over the home team.

Undaunted, the Bobcats came back to defeat the Pumas in a close fourth game 25-23 to take their first season and conference victory 3-1.

“It was a good win to start our week,” Benson varsity volleyball coach Katie Maakestad said. “This gave us our first conference victory of the season.”

Despite the win, senior co-captain Taylor Fenn said there are still improvements the team can make.

“We were happy that we won but as a team we knew we still needed to communicate more on the court,” she said.

Benson traveled to Tucson one day after their victory to take on the St. Augustine Wolves.

“We changed our line-up for the St. Augustine game and moved players into different positions,” Maakestad said. “We have also been working on communicating more on the court and it definitely paid off with our second victory of the week.”

Traveling north to Morenci on Oct. 8, the Bobcats competed in their third and final competition of the week. Benson again came out strong, taking the first two games 25-21 and 25-19. Morenci came back to take the next two 21-25 and 19-25 to tie the match at 2-2. The fifth game would be a back and forth scoring contest until, tied at 10-10, Benson would pull ahead 15-10 to take their second conference victory of the season over the Morenci Wildcats 3-2.

“The first two games of the five we played against Morenci were the best we have played all season,” Maakestad said. “Morenci definitely has a good team — good coaching and good players. We just needed to stay tough to take the win.”

“We communicated well and played much better against Morenci,” Fenn said. “When we went into the 5th game I knew we could win and we did. We really came together as a team.”