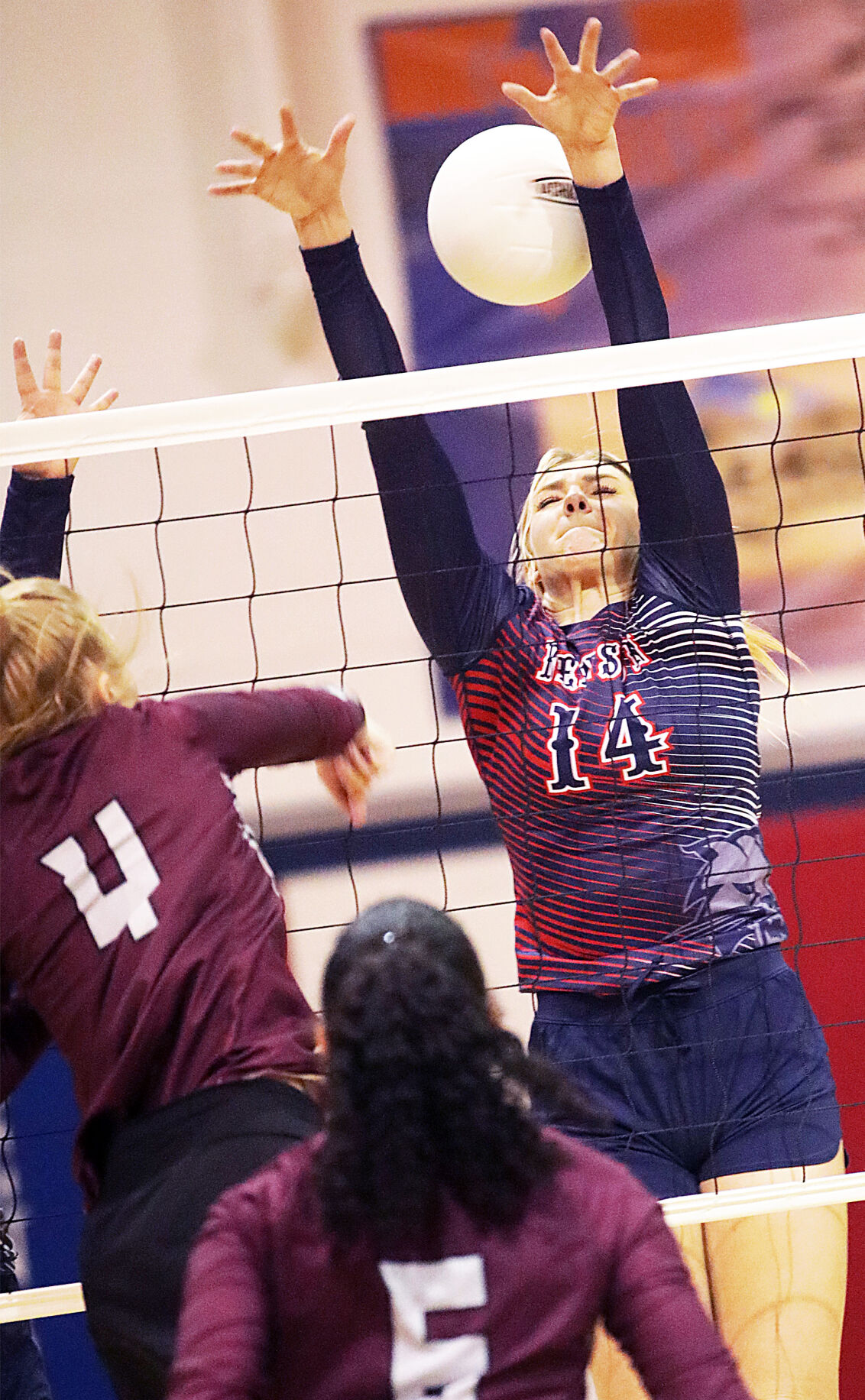 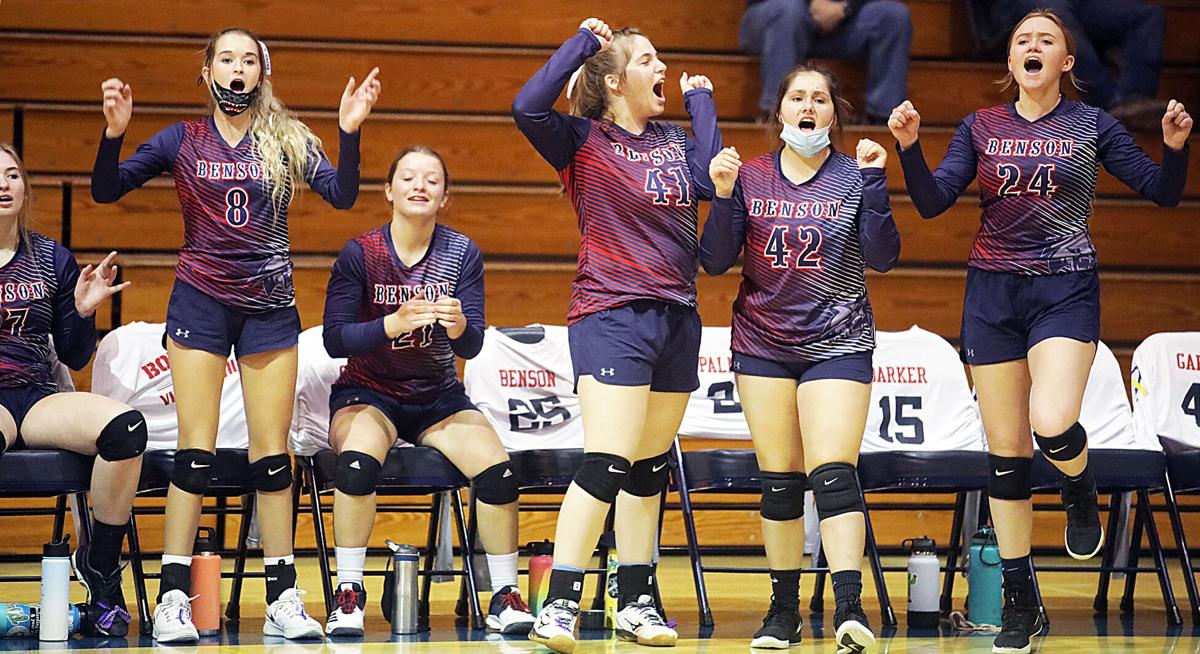 The Bobcats bench explodes while cheering on their teammates Tuesday against Desert Heights Prep. 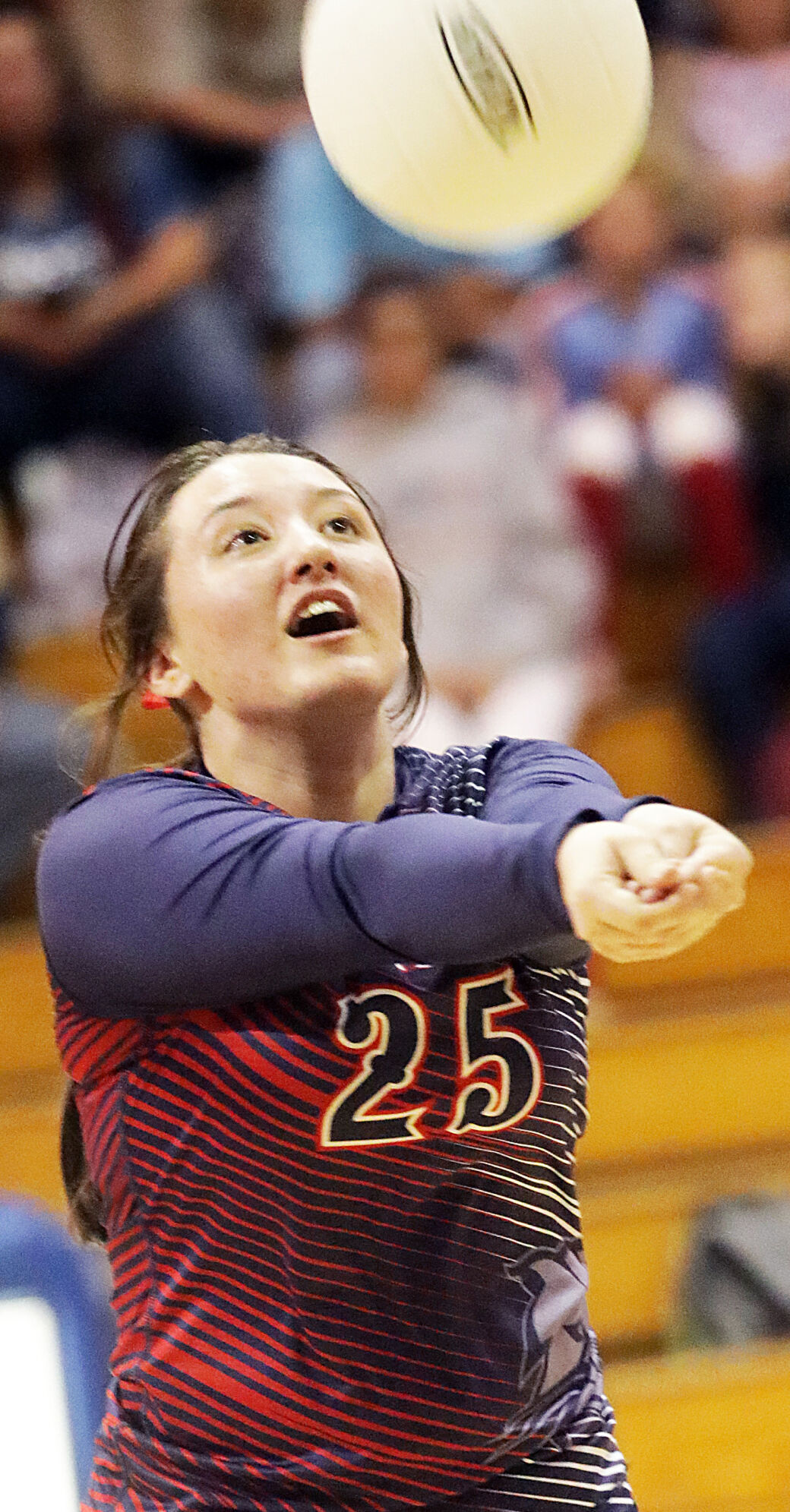 Benson sophomore Tatum Benson guides the ball to a teammate in Tuesday's game.

The Bobcats bench explodes while cheering on their teammates Tuesday against Desert Heights Prep.

Benson sophomore Tatum Benson guides the ball to a teammate in Tuesday's game.

“We needed this,” Benson head coach Katie Maakestad said. “This is good for morale and a confidence boost. Everything came together for us tonight.”

The teams were evenly matched to start the match, shaking off jitters early on. Power hitting by Emily Darwin and Shaylin Taylor kept the Bobcats in the game. Benson was able to extend a narrow lead to 11-7 on an ace by Darwin. Benson struggled corralling tips by Desert Heights, which allowed DHPA to stay in the match. The Bobcats closed out the set 25-19 on push by the Coyotes that sailed out of bounds.

The second game had the same back-and-forth battle to start like the game before. However, it was Desert Heights that took the first true lead, 13-9, of the game. Once again, the Bobcats brought themselves back. Tatum Benson served five points for the Bobcats to give them a 24-19 advantage. Taylor tipped a ball down at the middle of the net to give Benson a 25-20 second set victory.

Benson carried its momentum from the second set to the third as it leapt to a 6-1 lead. The Bobcats increased their advantage to 15-5 midway through the set. Ally Crouse timed a Desert Heights shot for a nice block for a Benson point and made the score 18-5. Mistakes late in the set by Benson put points on the board for Desert Heights. The Coyotes pulled within four points, 24-20, but a push out of bounds gave the Bobcats the 25-20 third set victory.

The Bobcats will receive their final seeding and first-round opponent on Wednesday afternoon. They travel to Phoenix on Saturday to play their first-round game. If they win they will play their semifinal game. Final brackets are slated to be released at 2 p.m. on Wednesday.