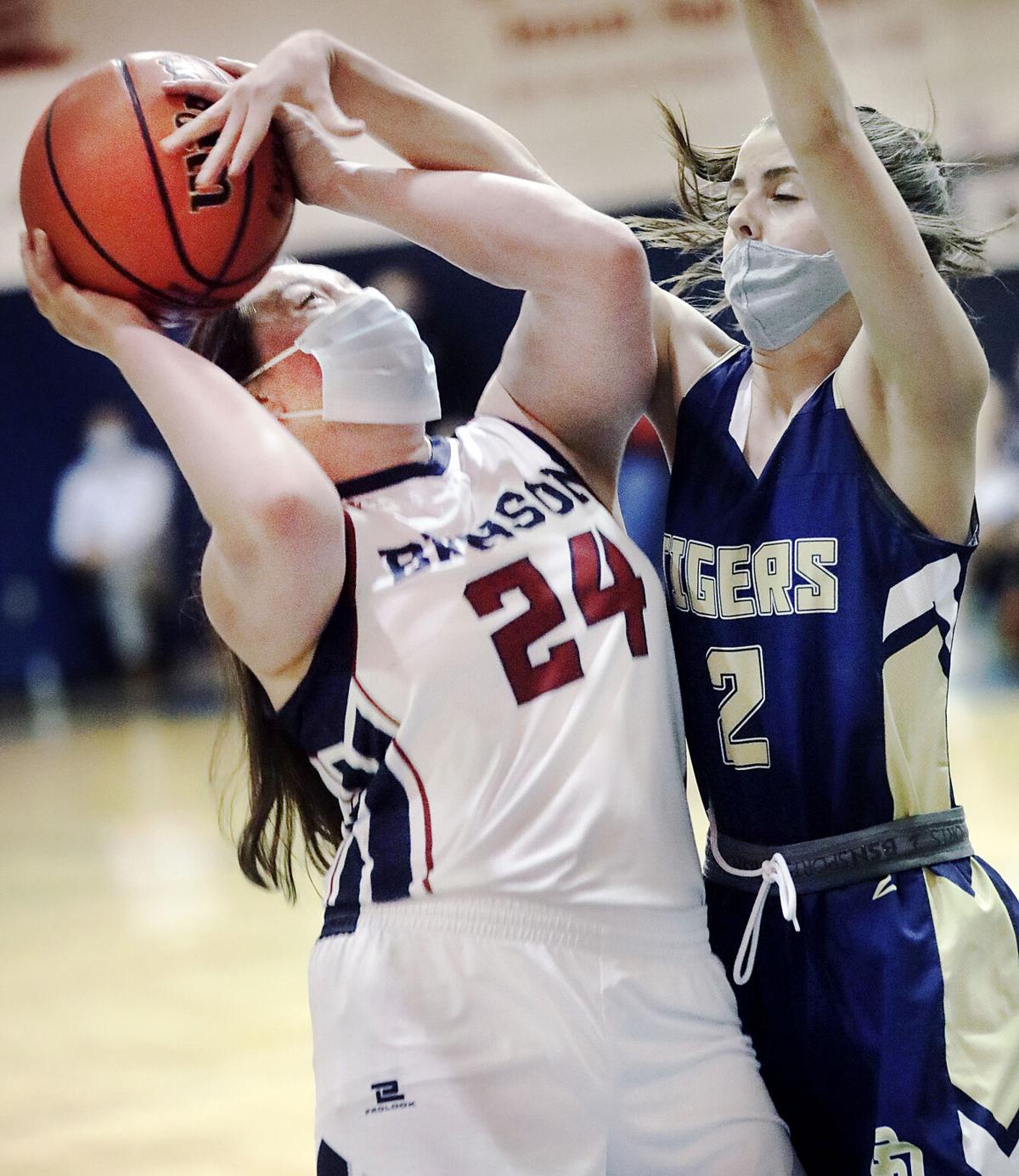 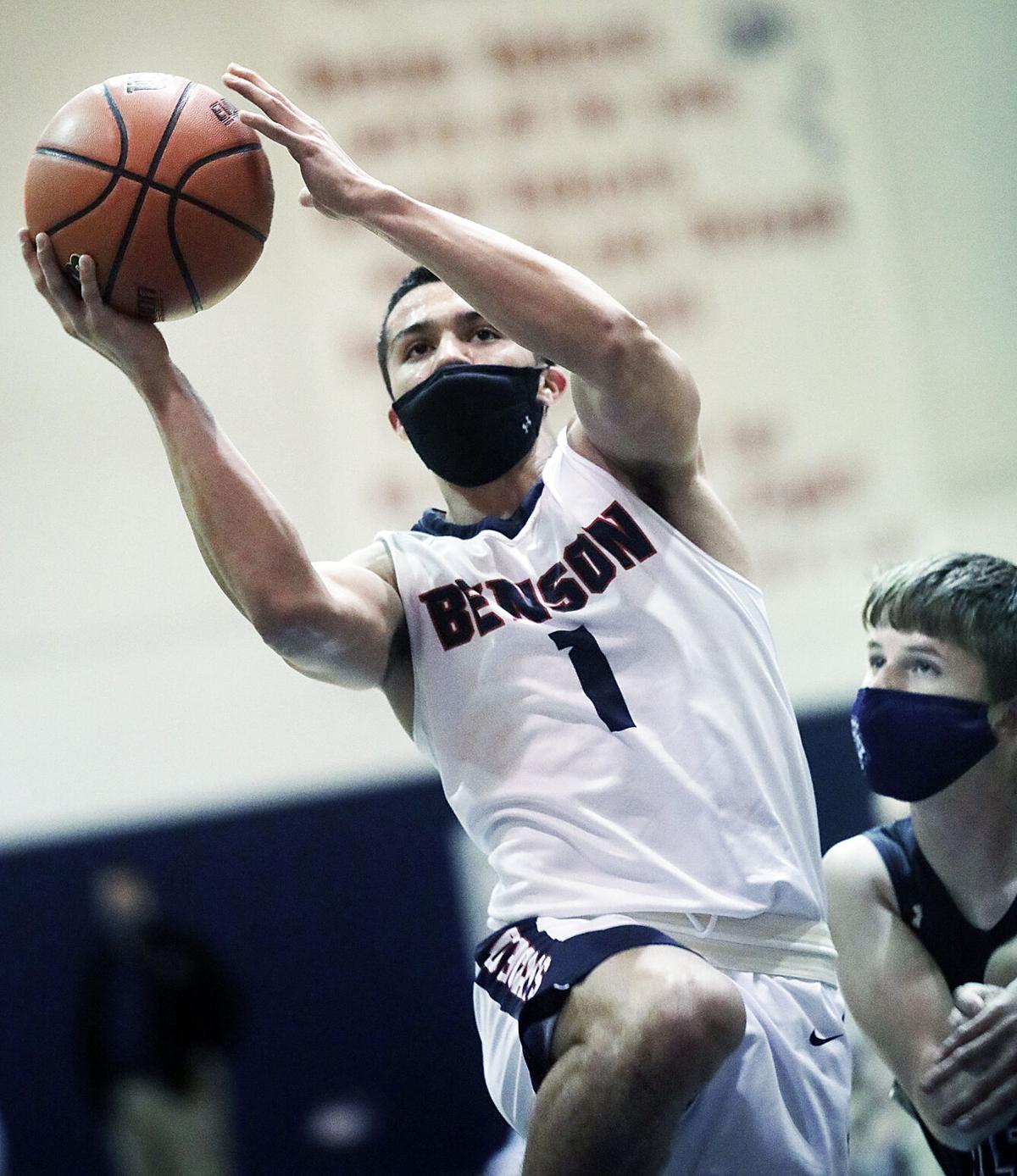 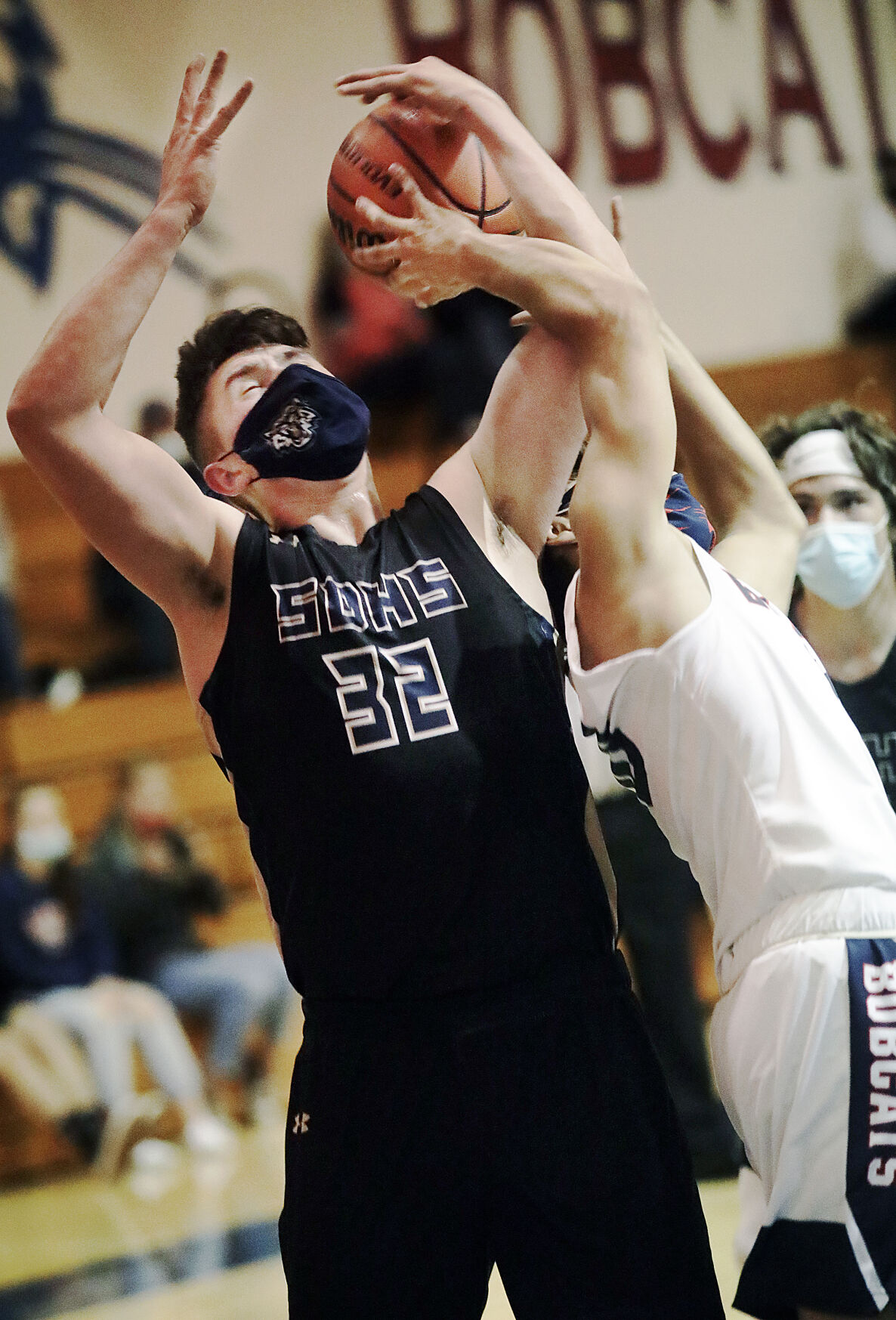 St. David senior Kason Jacquez battles for a rebound against the Bobcats. 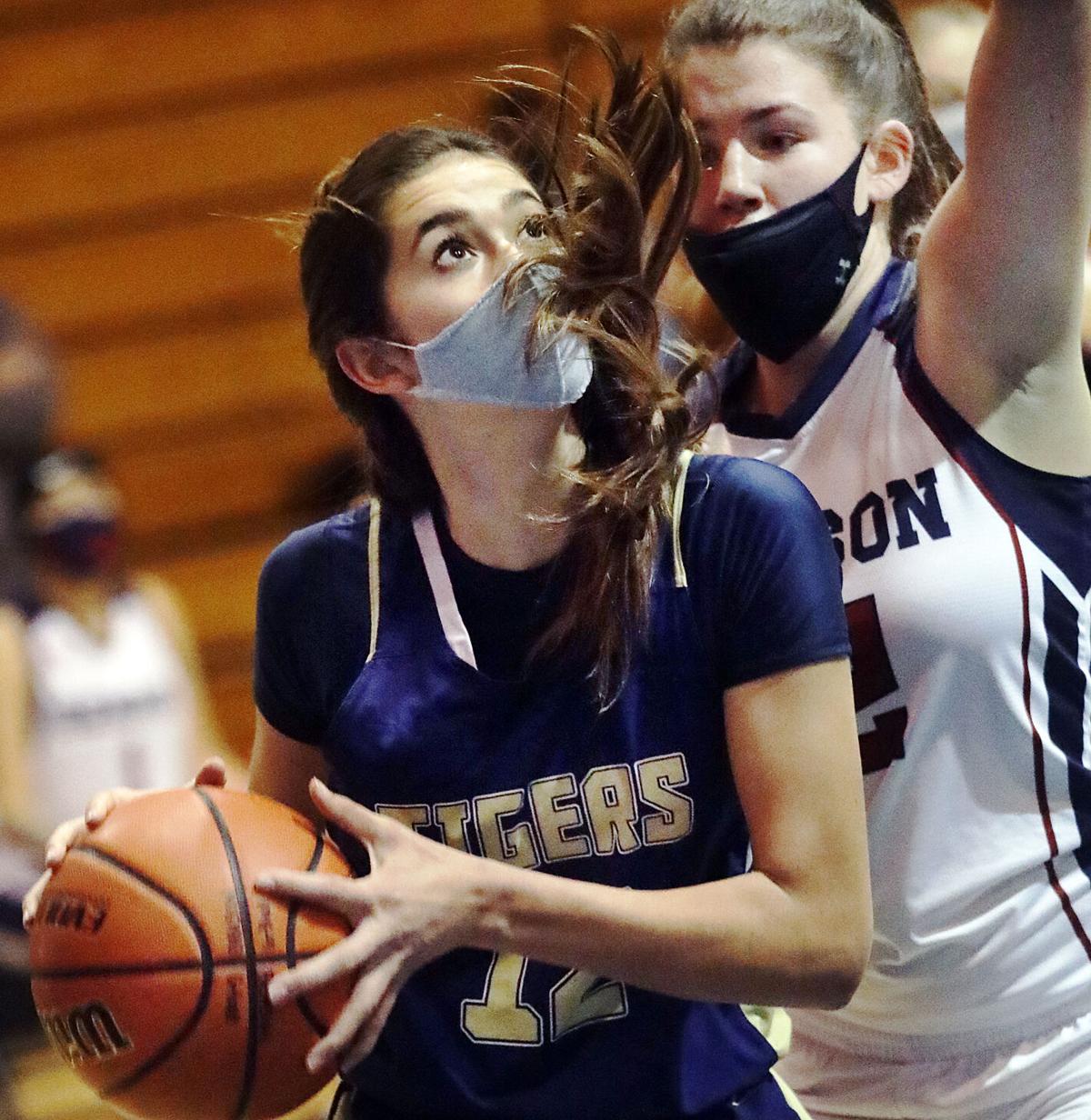 St. David senior Kason Jacquez battles for a rebound against the Bobcats.

BENSON — The Bobcats couldn’t be stopped Wednesday night when they hosted the St. David Tigers. Both the Benson girls and boys basketball teams extended their winning steaks with wins over St. David.

The Benson girls began the doubleheader with a 49-36 win while the Benson boys concluded the night with a 71-58 victory, handing the Tigers their first loss of the season.

In the girls game, Emily Darwin connected with Ally Jennings for the first bucket of the game. Benson never trailed despite St. David’s best efforts. The Tigers were held to just six points in the first quarter.

Darwin led the Bobcats with 12 points, eight of which were made in the first half. Tatum Benson had 11 points for the home team off the bench in the win.

Wednesday’s win extended the Bobcats’ winning streak to four games to move to 4-1 on the season. They haven’t lost since their season debut against Pima High School.

The loss snapped a two-game winning streak for the St. David girls. Senior Sydney Klump led the Tigers with 13 points, nine of which came in the first half. Jaelyn Goodman and Brylee Murray each had six points.

The Benson boys had the same success as the girls, however, the start of the game was more evenly matched. Benson broke the back-and-forth with a 3-pointer from Aiden Finch with just more than four minutes left in the quarter. The Bobcats led 21-16 at the end of the first quarter. Benson’s offense couldn’t be stopped while St. David struggled to knock down shots. Numerous foul calls by the officiating crew affected the flow of the game. There were more than 20 fouls called in the second half, each team had more than 10.

Finch led all scorers with 24 points off the Benson bench. Devin Bowling and Antonio Rigney had 14 points each. Wednesday’s win puts the Bobcats, who have won three in a row, at 3-1 on the season.

Kason Jacquez led the TIgers with 13 points. Reo Larson had 12 and Payton Dixon chipped in 11. Wednesday’s loss was the Tigers’ first and puts them at 6-1.

Both teams are back on the court on Friday when Benson travels to Sahuarita and St. David travels to Duncan High School.