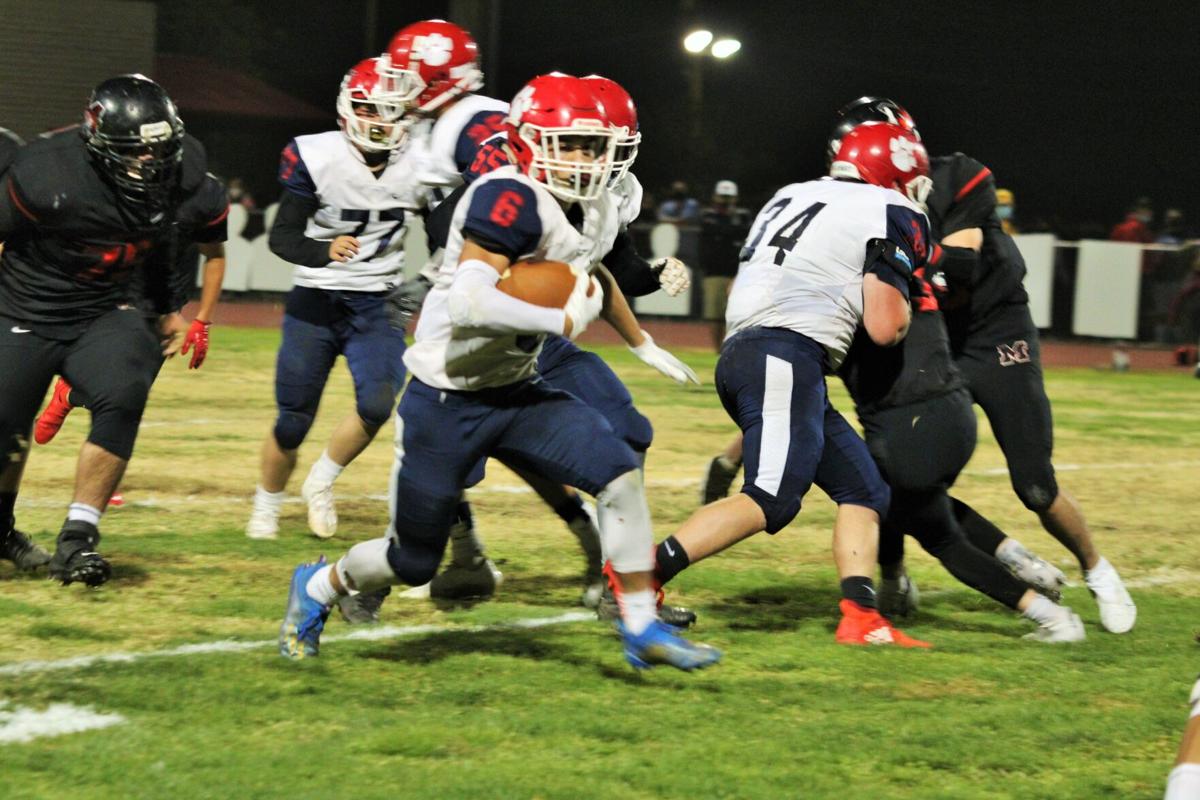 Devin Bowling finds a hole in the Wildcats defense for a run up the field. 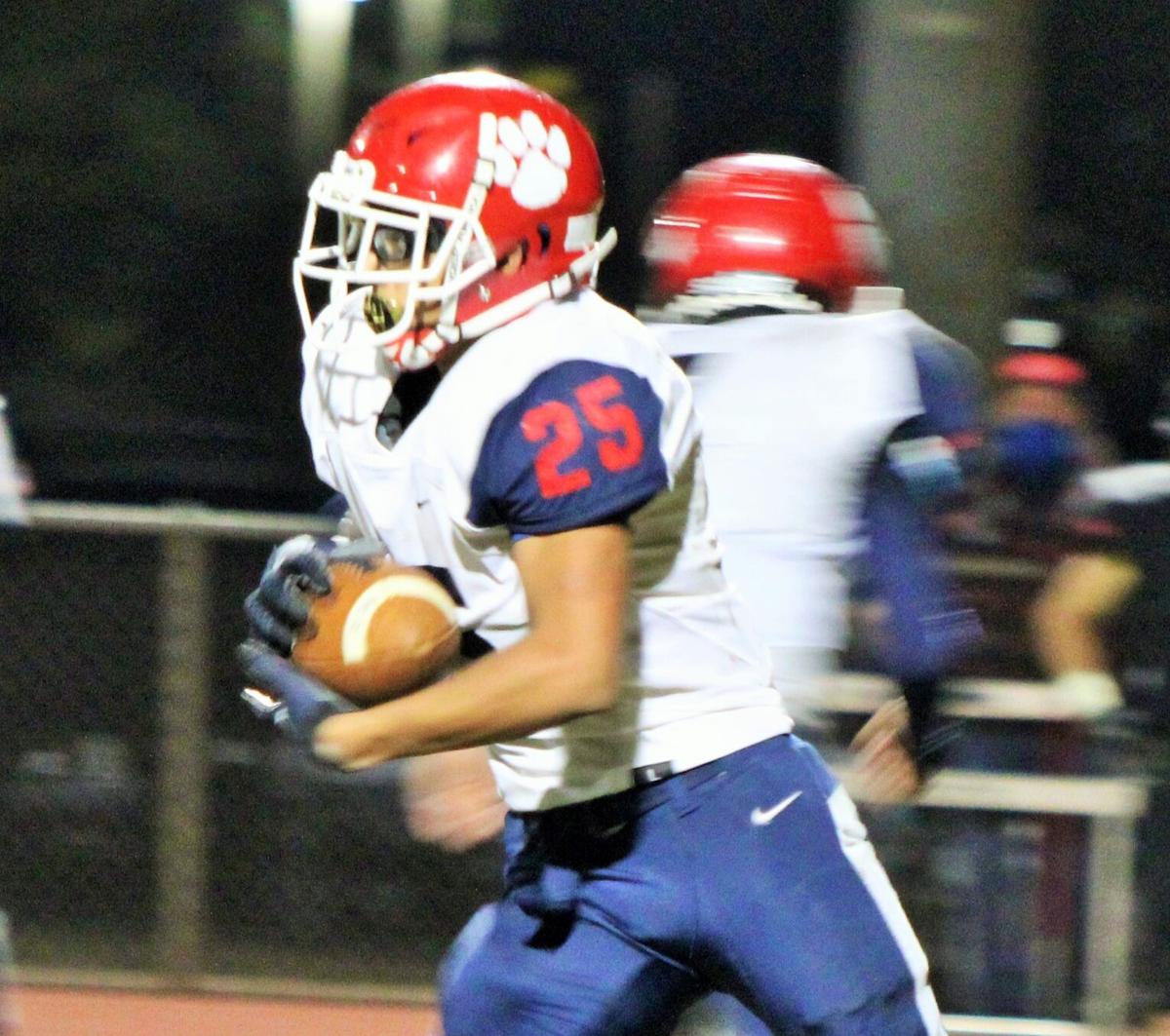 The Bobcats' Tristan Martinez looks to run for a first down in the second half.

Devin Bowling finds a hole in the Wildcats defense for a run up the field.

The Bobcats' Tristan Martinez looks to run for a first down in the second half.

MORENCI — Friday night in Morenci was the battle of the unbeatens in the 2A San Pedro Region. Benson took down Morenci 12-6 to stay undefeated on the season.

The Bobcats had the ball on their 21-yard line to start the game and drove the ball down field and scored on a 16-yard touchdown run from Devin Bowling giving the Bobcats an early 6-0 lead. Benson’s offensive line was doing their job upfront creating running lanes for their backs all throughout the game.

On Morenci’s first offensive drive, Benson’s Angel Rigney intercepted the ball that lead to an eight-yard touchdown run from Jace Barney to give Benson an early 12-0 lead in the first quarter.

The Bobcats defense forced two turnovers and shut the Wildcats offense down in the first half as they went into halftime up 12-0.

To start the second half the Benson defense couldn’t stay perfect as they gave up a touchdown on a fourth and goal in the third quarter making it a one possession game.

The Bobcats were able to stick to the running game, but kept hurting themselves as they had back-to-back false start penalties that kept forcing them to move back, resulting in them punting the ball away.

Benson’s defense was able to take care of the Morenci’s offense after allowing an early touchdown. Benson was able to plug up the running lanes and shut down Morenci’s pass game.