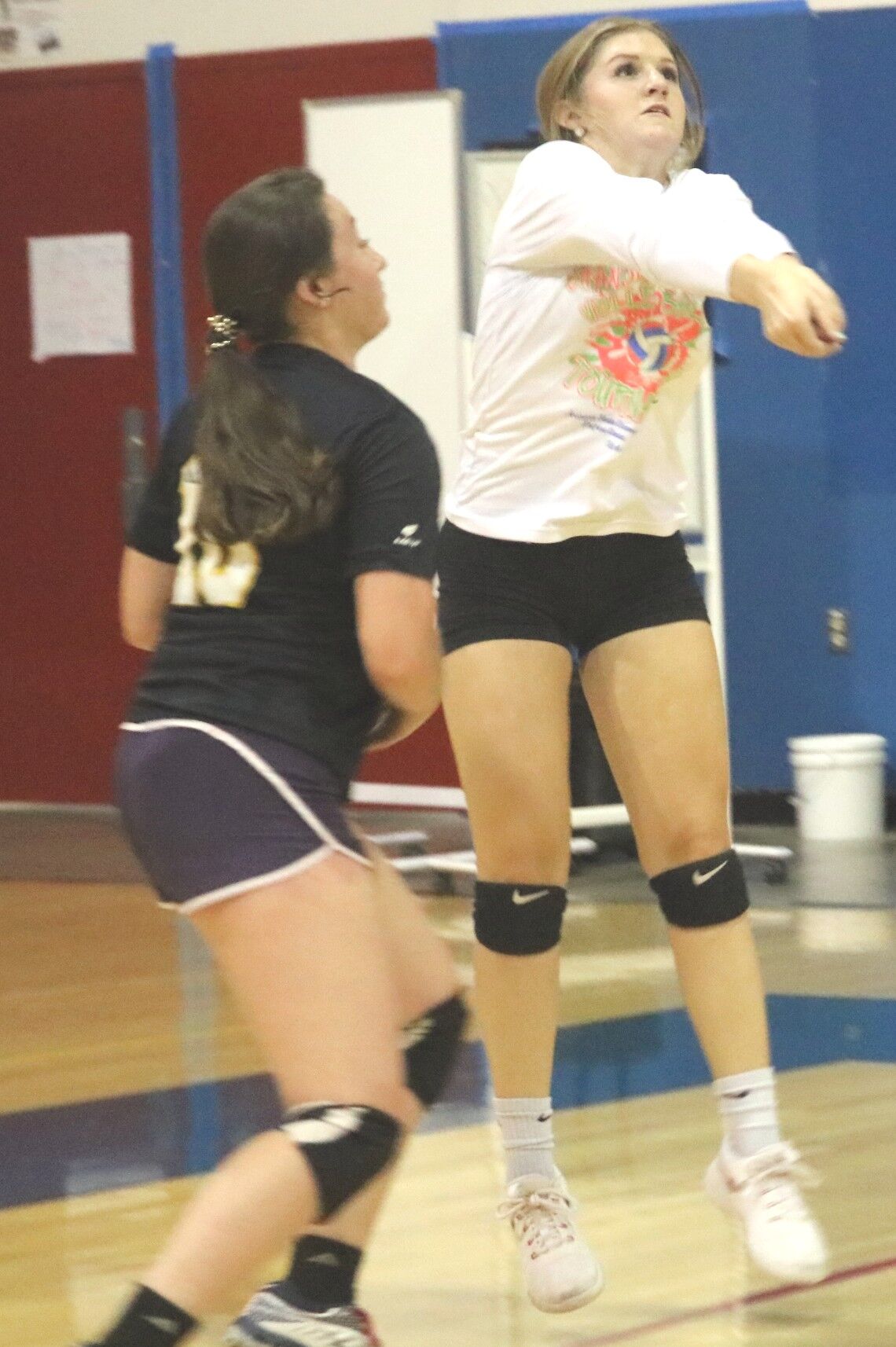 Co-captain Taylor Fenn is grateful for the opportunity to play her senior season with teammates she has grown up with. 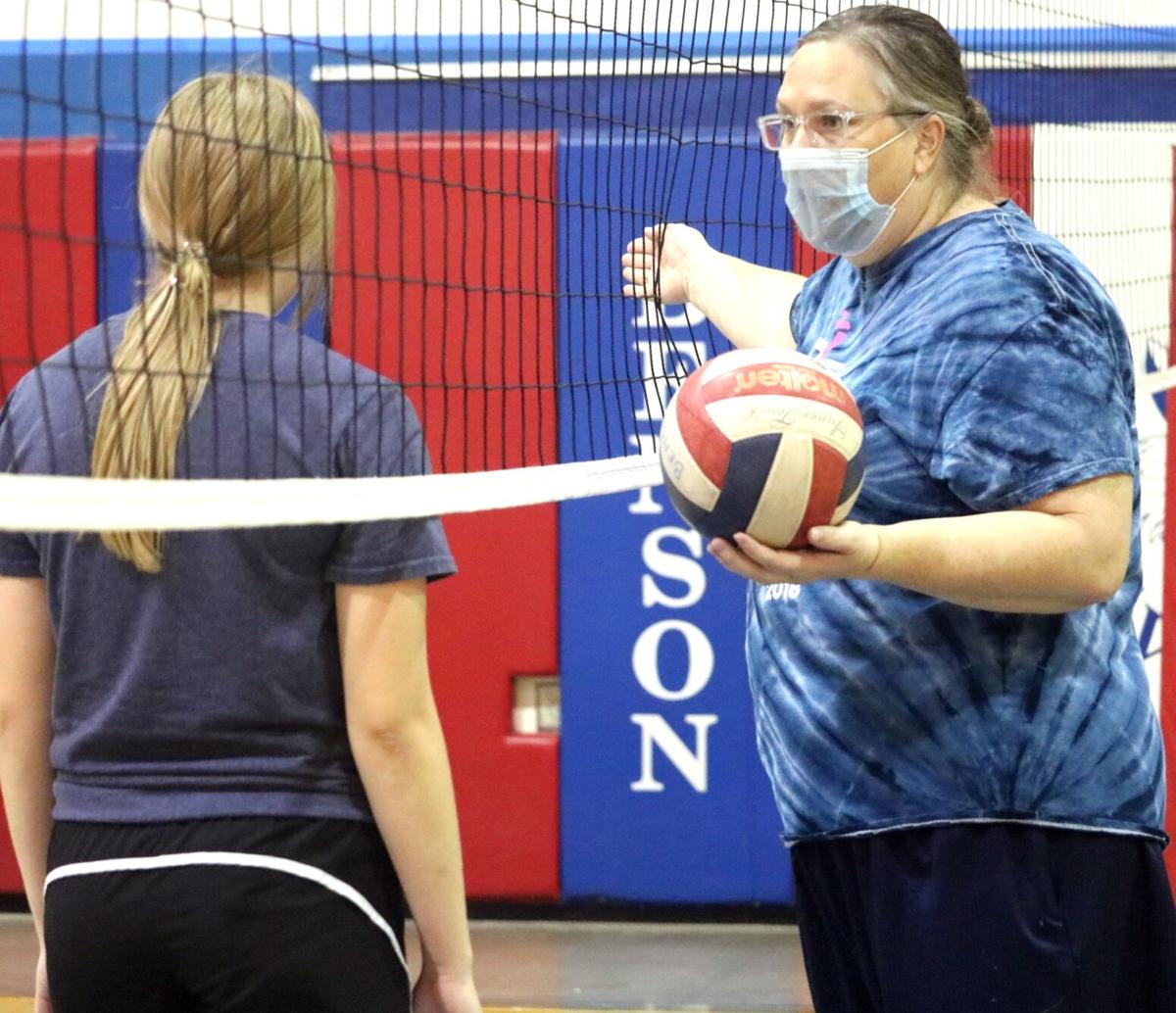 Second-year Benson volleyball coach Katie Maakestad is happy with how her team looks in the limited practices they've had. 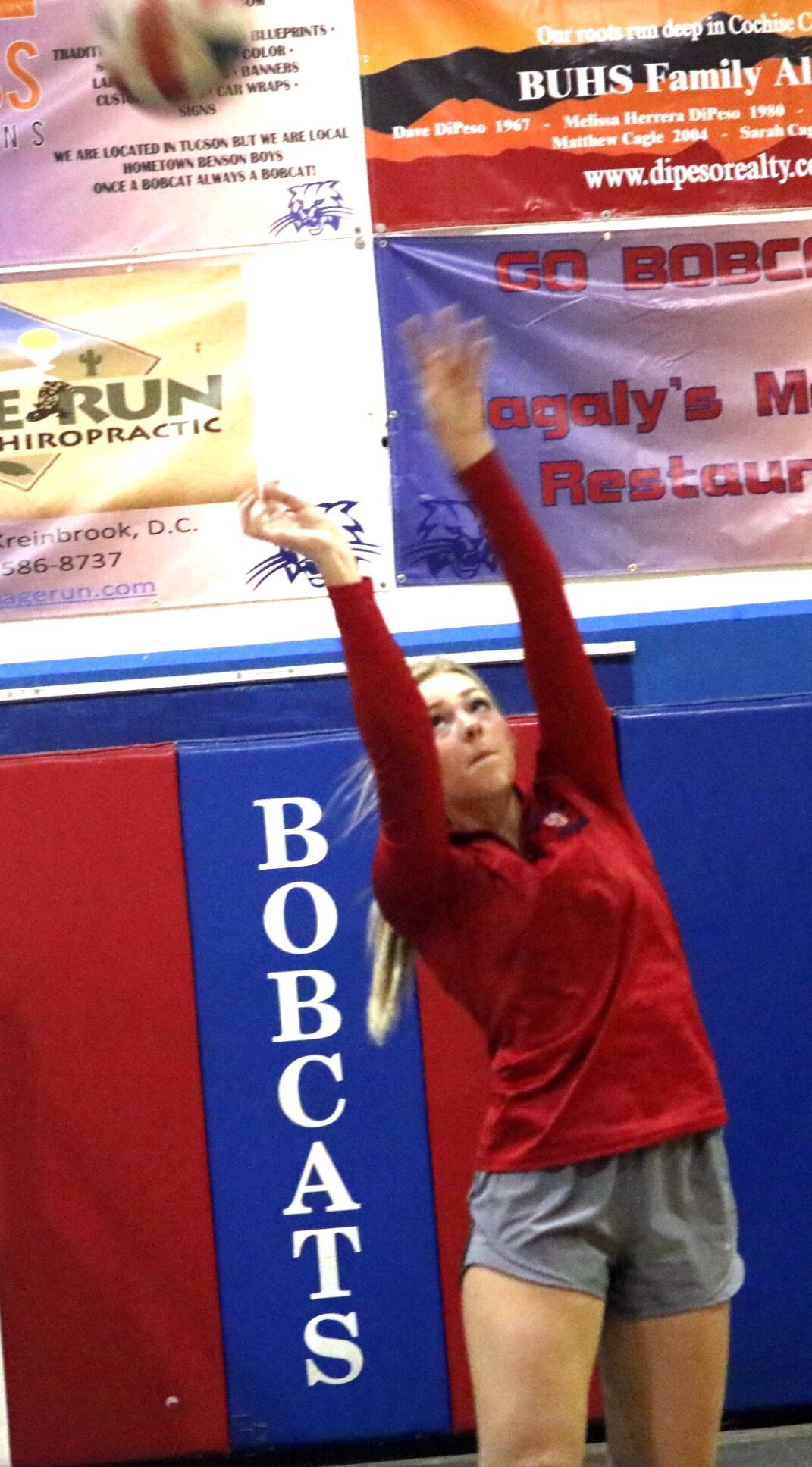 Emily Darwin returns a ball over the net during practice.

Co-captain Taylor Fenn is grateful for the opportunity to play her senior season with teammates she has grown up with.

Second-year Benson volleyball coach Katie Maakestad is happy with how her team looks in the limited practices they've had.

Emily Darwin returns a ball over the net during practice.

BENSON — The Benson High School Ladycat volleyball teams are back on the court but it’s hard to determine who is more excited for the season.

“Everyone is super excited about being able to play this season,” second-year varsity Ladycats’ volleyball coach Katie Maakestad said. “We currently have 39 players combined on all three of our teams, including six returning seniors.”

Maakestad is not only excited that her teams will have the chance to compete but even more so what she sees as their strengths on the court.

“We definitely have a solid group of athletes with most of our varsity returning.” she said. “We only lost three to graduation last year. The six seniors we have this season are good athletes who are very helpful explaining new plays to our younger athletes. Our varsity team has good setters and a strong front row of hitters. Our freshmen and JV (teams) are also working hard and should do very well.”

“We are focusing on many things this season,” Coach Maakestad said. “One of our main directions being team unity. We want to get to the next level – stronger court awareness, honing in on technique, our game strategy, our personal and team goals, and growing our volleyball program.”

The ‘cats team captains are also beyond happy to be back on the court.

“We all wanted to get back to playing volleyball after being out for so long,” co-captain Emily Darwin said. “It was a good feeling to be able to just touch the volleyballs and realize that we were finally back together. We know that this season will be different in many ways, including not being able to compete in in-season tournaments. But we can still play and have the chance to make it to state.”

Co-captain Taylor Fenn is also enthusiastic about being back with her teammates for her senior season. “I’m so happy to be back with my teammates and playing volleyball,” Fenn said. “We have very athletic players; we are working hard at practices and growing as a team. But for me, the best part of this season will be competing with the friends I grew up with and enjoying our last volleyball season together.”

Co-captain Paige Vaughn is also excited for what her senior volleyball season holds for the Ladycats’ teams.

“I’m grateful to be able to play volleyball this year after being out of school the last few months with the COVID-19 restrictions,” Vaughn said. “There are definitely a lot of changes but we have a whole new season ahead of us and a fresh start. I’m just super excited for my senior season with my teammates and coaches.”

The freshmen, JV and varsity squads will be competing in their first games on Tuesday at Pusch Ridge Christian Academy in Tucson.