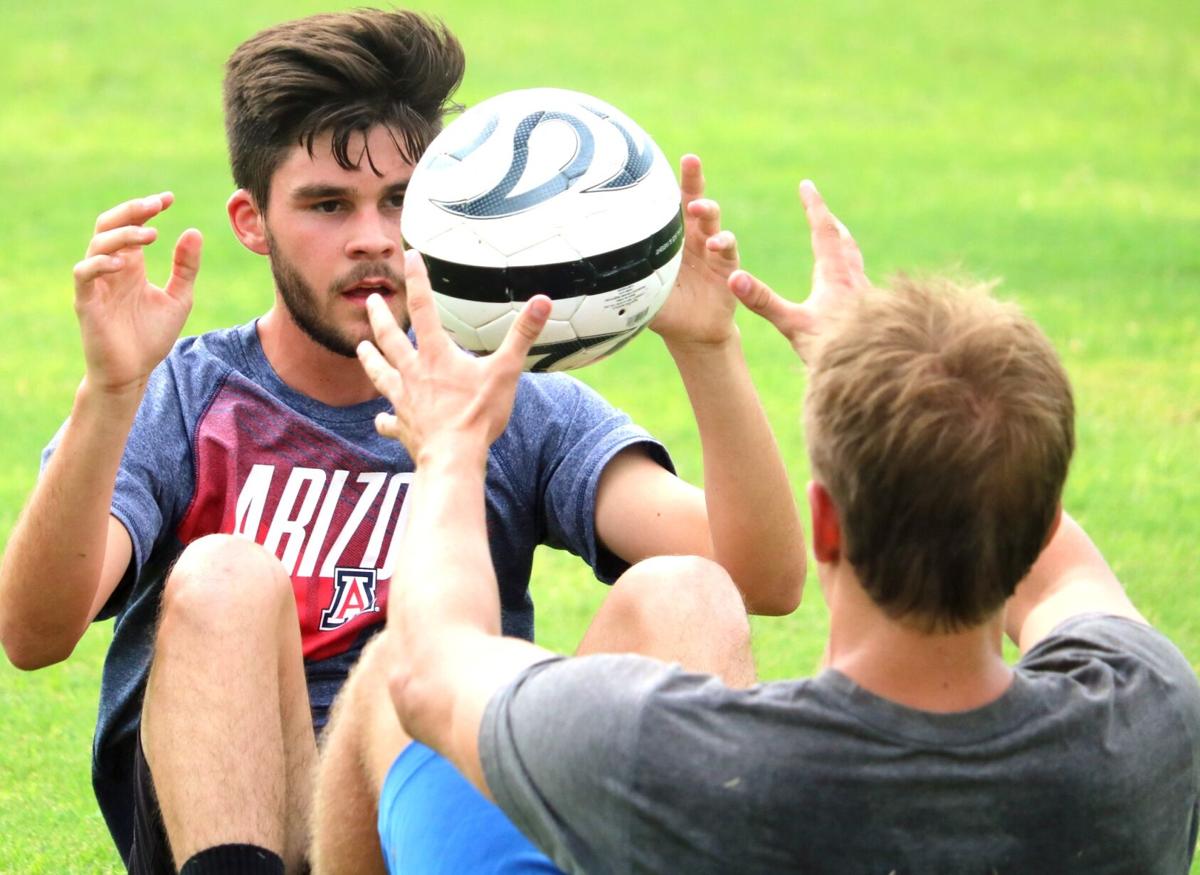 Camden Waite does a conditioning drill during practice last week. 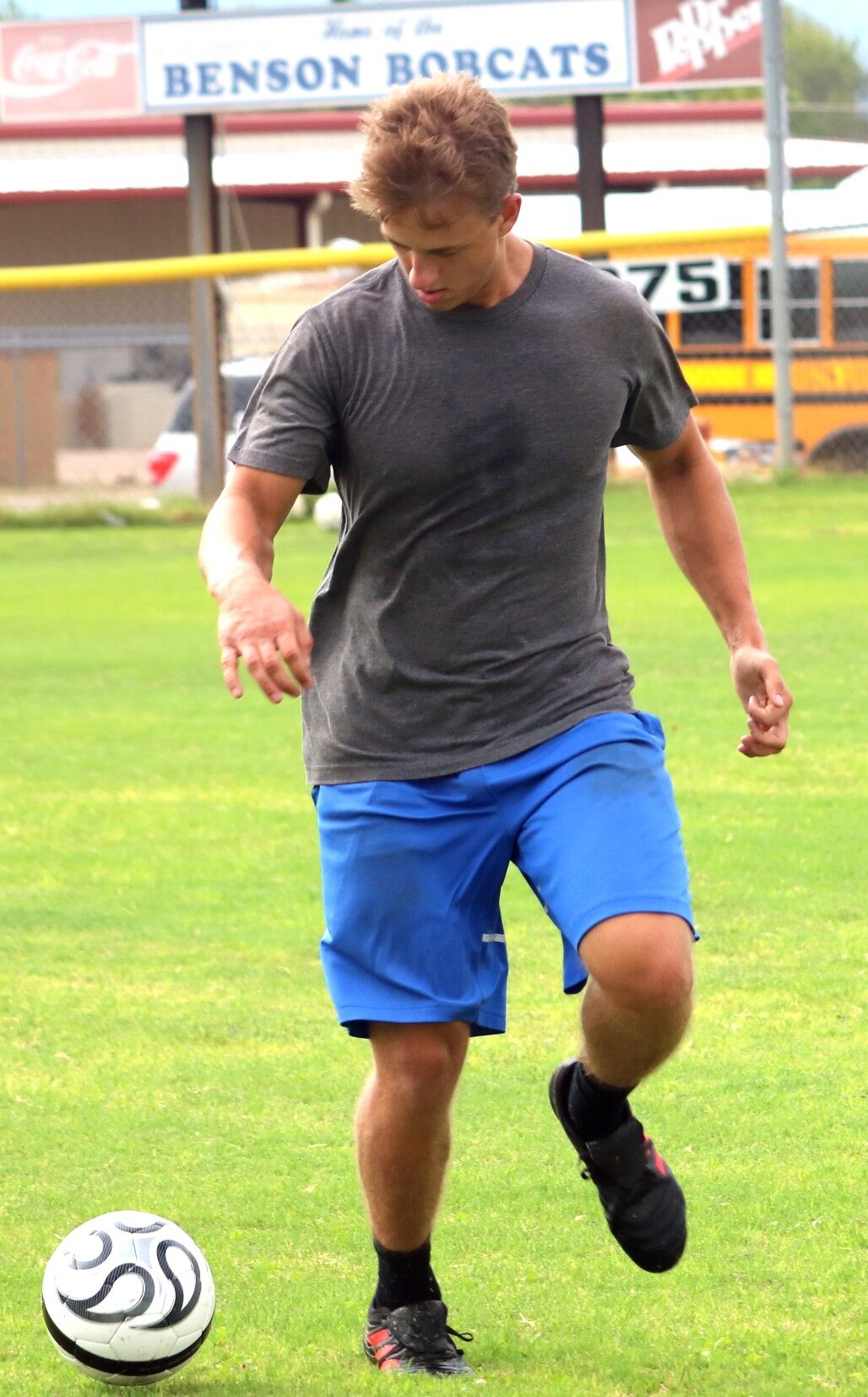 Benson soccer has used their unofficial practice time to condition for their upcoming season.

Camden Waite does a conditioning drill during practice last week.

Benson soccer has used their unofficial practice time to condition for their upcoming season.

BENSON — Gary Douglas, Benson High School soccer coach, feels fortunate to be back on the field with his athletes.

“I appreciate that the Benson Schools are working to create some normalcy for our athletes by getting them back on the playing fields,” he said.

Douglas has been a part of the Bobcat soccer program for 15 years, three as an assistant coach and 12 as the head coach. He is assisted by Joe Lutz and Sepp Sprietsma. Team captains include seniors James Coleman, Liam Sprietsma, and Camden Waite.

“I have definitely been very fortunate as a Benson soccer coach,” Douglas said. “Over the years I have worked with the best athletes and have had the support of their phenomenal families and the Benson community.”

The Bobcats’ current roster lists 13 athletes that includes six seniors who have played Bobcat soccer all four of their high school years.

“Our seniors know what it’s like to compete in Benson soccer,” Douglas said. “They understand all of our expectations and are very supportive when it comes to helping our younger athletes.”

Liam Sprietsma, who has played soccer since he was 4-years-old and Bobcat senior captain, knows that his senior season will be a little different from the last three years.

“We might not have the biggest team in numbers this year, but we all try our hardest and are definitely well conditioned,” Sprietsma said. “We have some experienced, skilled players, we communicate well and we have good sportsmanship. Being a smaller team makes us work harder together, it makes us more of a family.”

Fellow senior captain, Camden Waite is competing in his fourth year on the ‘cats varsity squad. He agrees that it is not the number of athletes on the team roster but the effort that they are putting into their practice time that is important.

“It’s just good to be back playing soccer,” Waite said. “Everyone is working hard individually and as a team at practices. We all push each other to do our best.”

The family-like atmosphere is what draws players to the team and keeps them with the program for the duration of their high school career.

“Our athletes have always enjoyed being a part of our soccer program,” Douglas said. “Although we have smaller numbers this year, they are all positive, working hard, and are having fun. They are all proud to be a part of the Benson athletic ‘Bobcat Nation’.”

One change to this year’s soccer schedule is the absence of in-season tournaments due to COVID-19 restrictions. At this time the state championship is the only tournament and will be held and it will take place a week later than in previous years. The Bobcats’ regular season schedule is still pending.