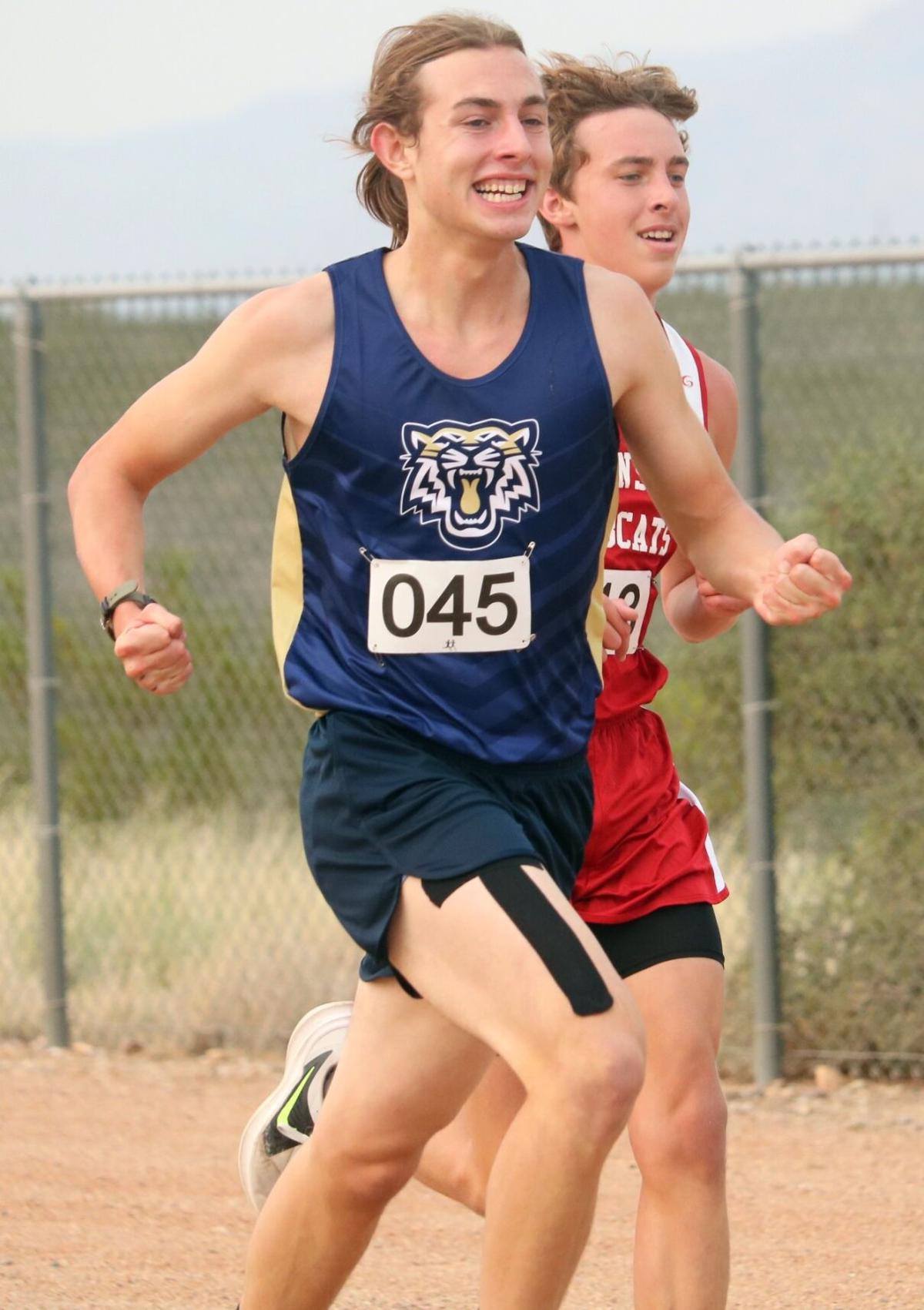 St. David's Elijah Schmidt gets pumped as he passes a runner early in Friday race at Tombstone. 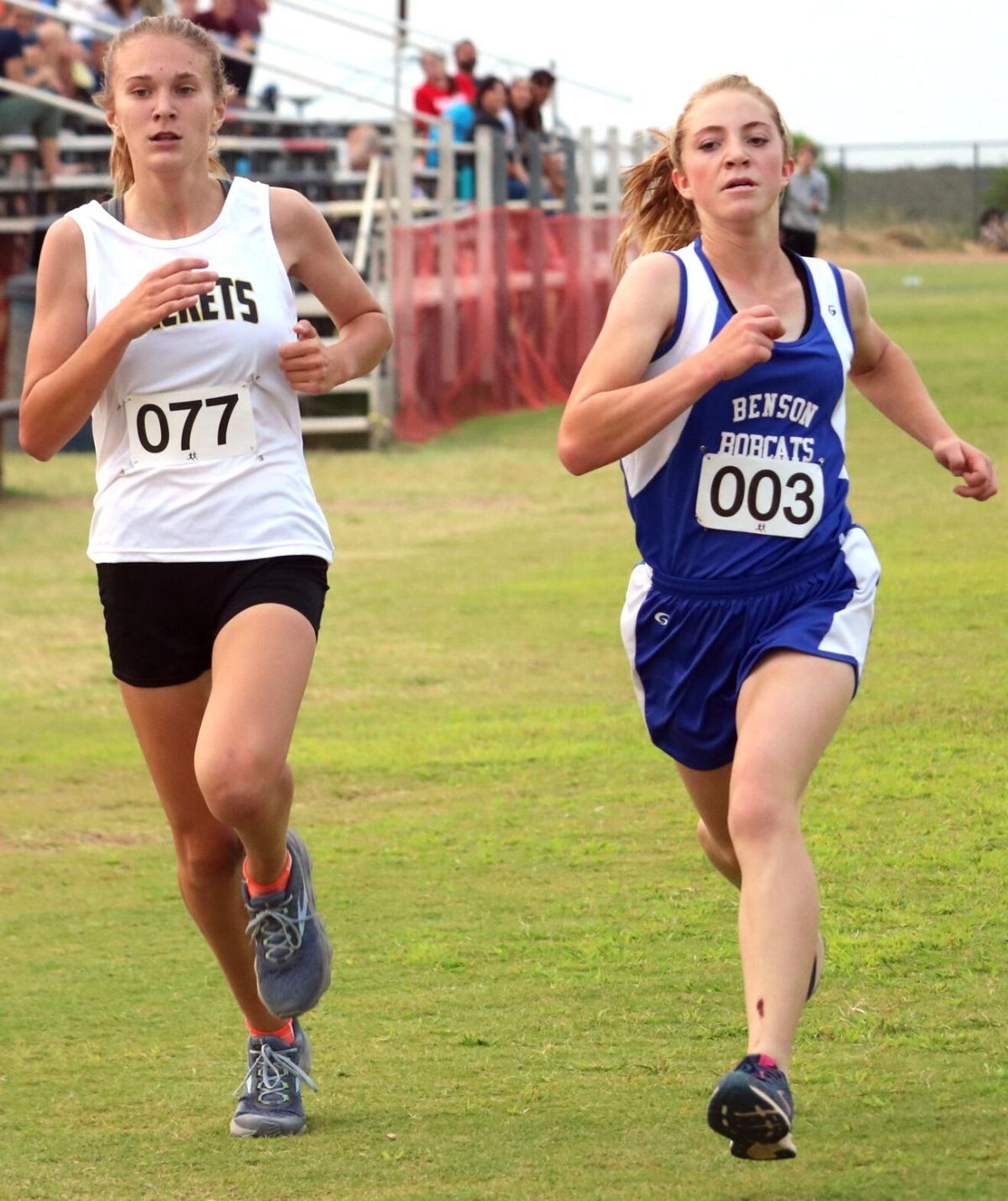 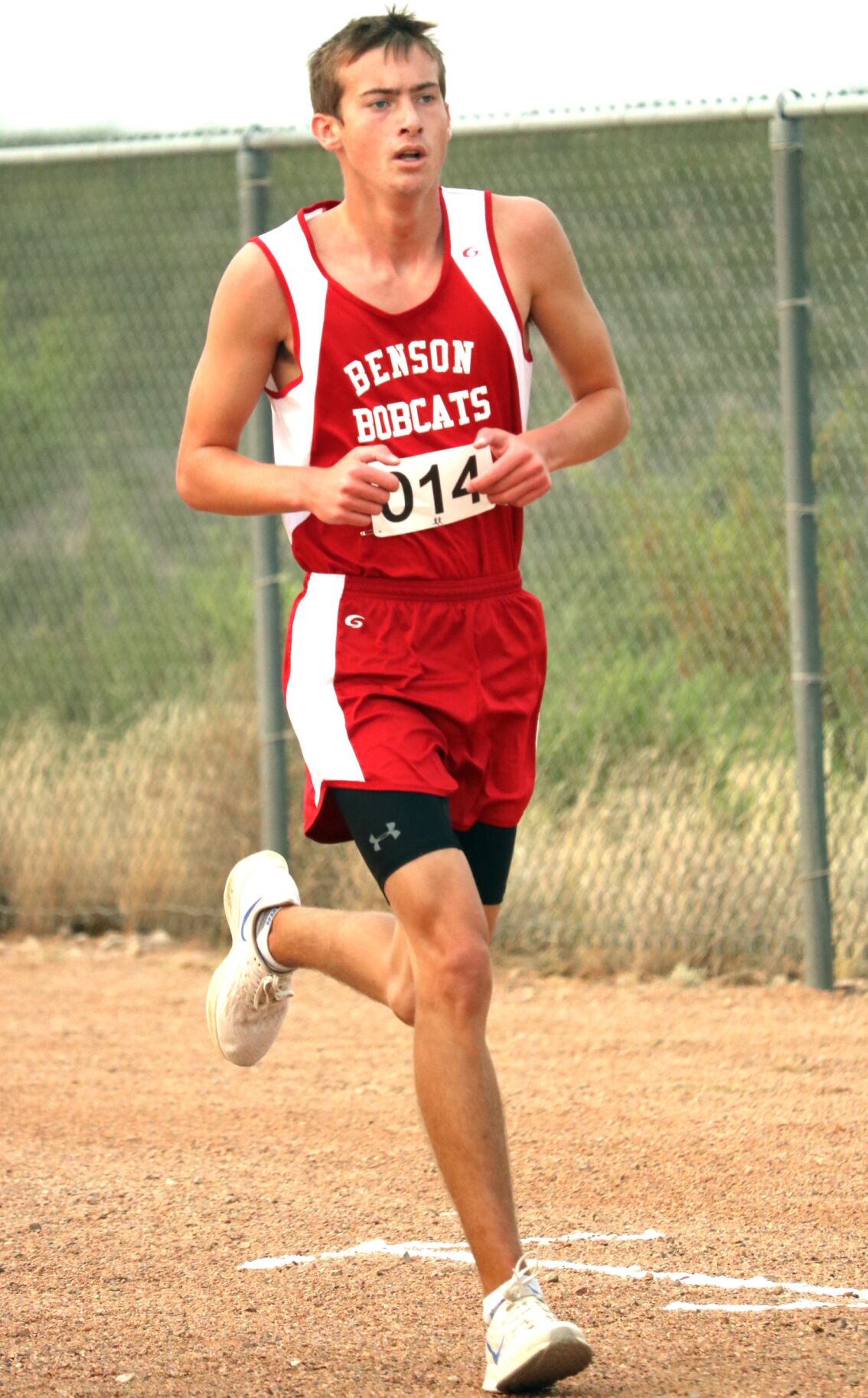 St. David's Elijah Schmidt gets pumped as he passes a runner early in Friday race at Tombstone.

Despite being the first race of the season, runners seemed to be in top form. Kayla O’Connell from Morenci set a new course record with a time of 19:25. Tombstone head coach Jake Winslow said the previous record was 19:28. Benson was the highest ranked Cochise County team at the end of the meet.

“I’m super pleased with how well our runners did at Tombstone,” varsity coach Randy Barney said. “Most of our athletes were faster than their best times last year so they had personal records while others came very close to their best times. I see this competition as an amazing start to our season.”

The Ladycat team finished behind Thatcher, who earned first place with 32 points. Benson had 41, Morenci finished with 73 and Safford had 88. Tombstone and Willcox also had runners competing but not enough to register a team score.

The Bobcat boys’ team finished third of the seven teams competing. Thatcher finished first with a score of 21 followed by Safford with 67, Benson with 68, Morenci with 92 and Willcox with 113. St. David and Tombstone also had runners competing but not enough to register a team score.

“I was really impressed with how well our runners did in their first race of the season,” Benson assistant cross country coach Tori Moncada said. “I can’t wait to see how they do this week at our home course competition.”

The cross country ‘cats next competition will be a 5-way meet at home on Friday.