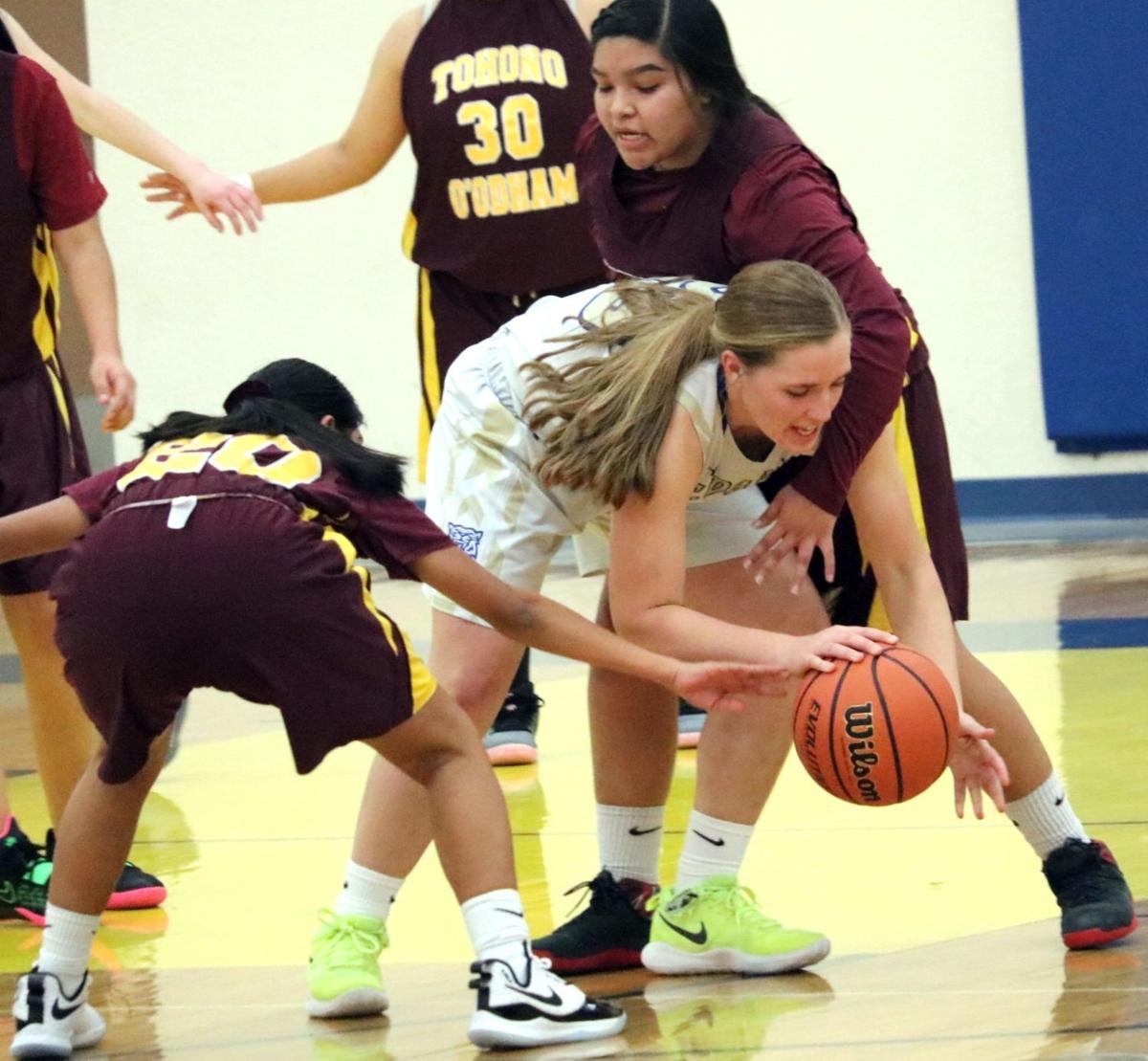 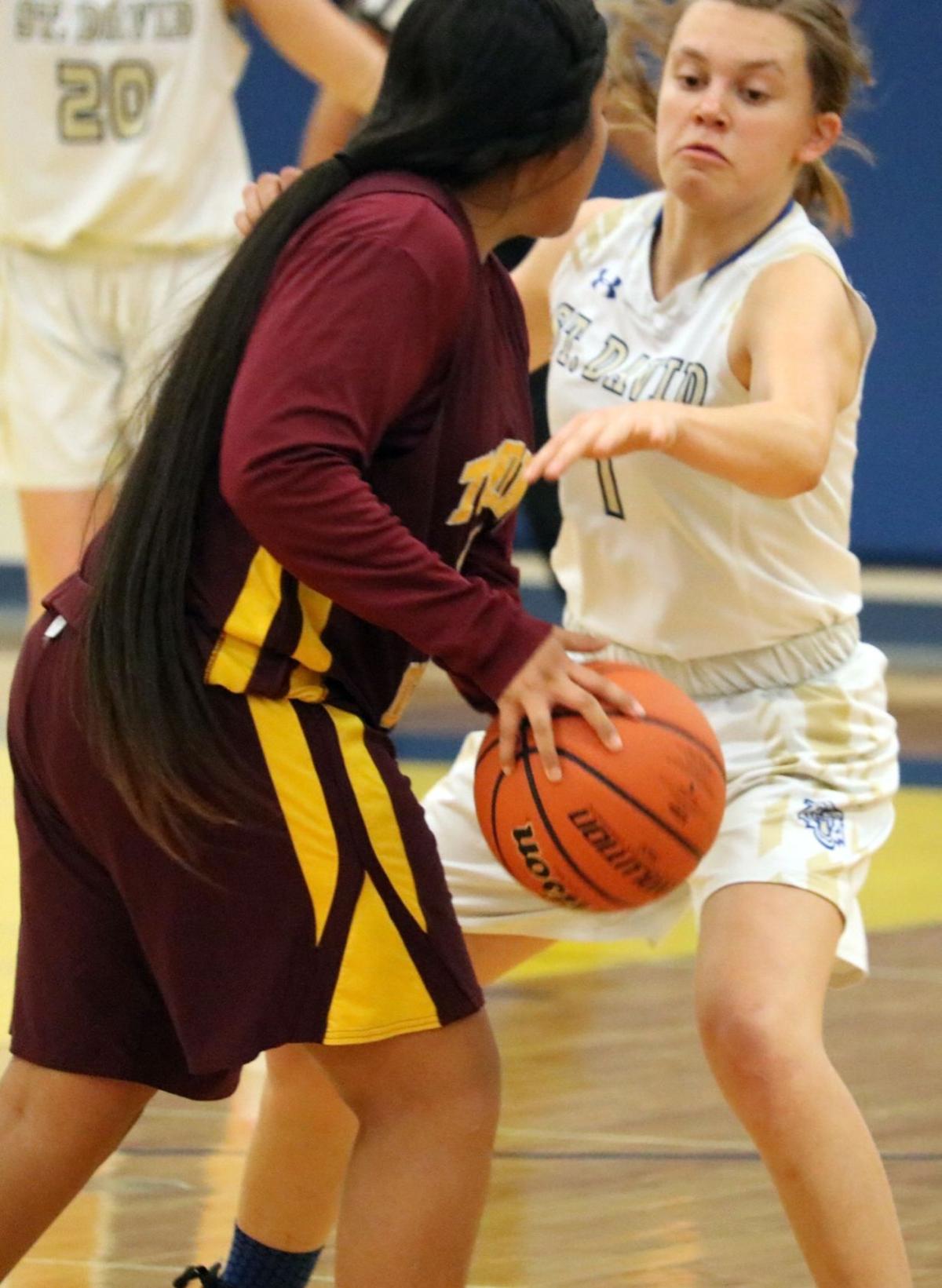 Hannah Allred goes for the steal in the second half of a 62-14 win for St. David.

Hannah Allred goes for the steal in the second half of a 62-14 win for St. David.

ST. DAVID — The St. David Tigers girls basketball team proved too tough to stop once again with a 62-14 win over Tohono O’Odham at home on Friday night.

St. David didn’t take long to build a lead that kept Tohono O’Odham at more than an arms length. The Tigers took and 8-0 lead two minutes into the game. Their tough defense led to steals, easy buckets in transition and prevented the Eagles from scoring in the first eight minutes. St. David led 27-0 after the first quarter.

Tohono O’Odham scored their first bucket of the game with just under five minutes to play in the first half. That’s all they would be able to score while St. David added 20 points to their score. The Tigers led 47-2 at the intermission.

The second half was much like the first as St. David’s defense continued to lead to Tohono O’Odham turnovers and points on the board for the home team. Hannah Allred led the Tigers with 17 points and Kyra Richardson chipped in with 13 points.