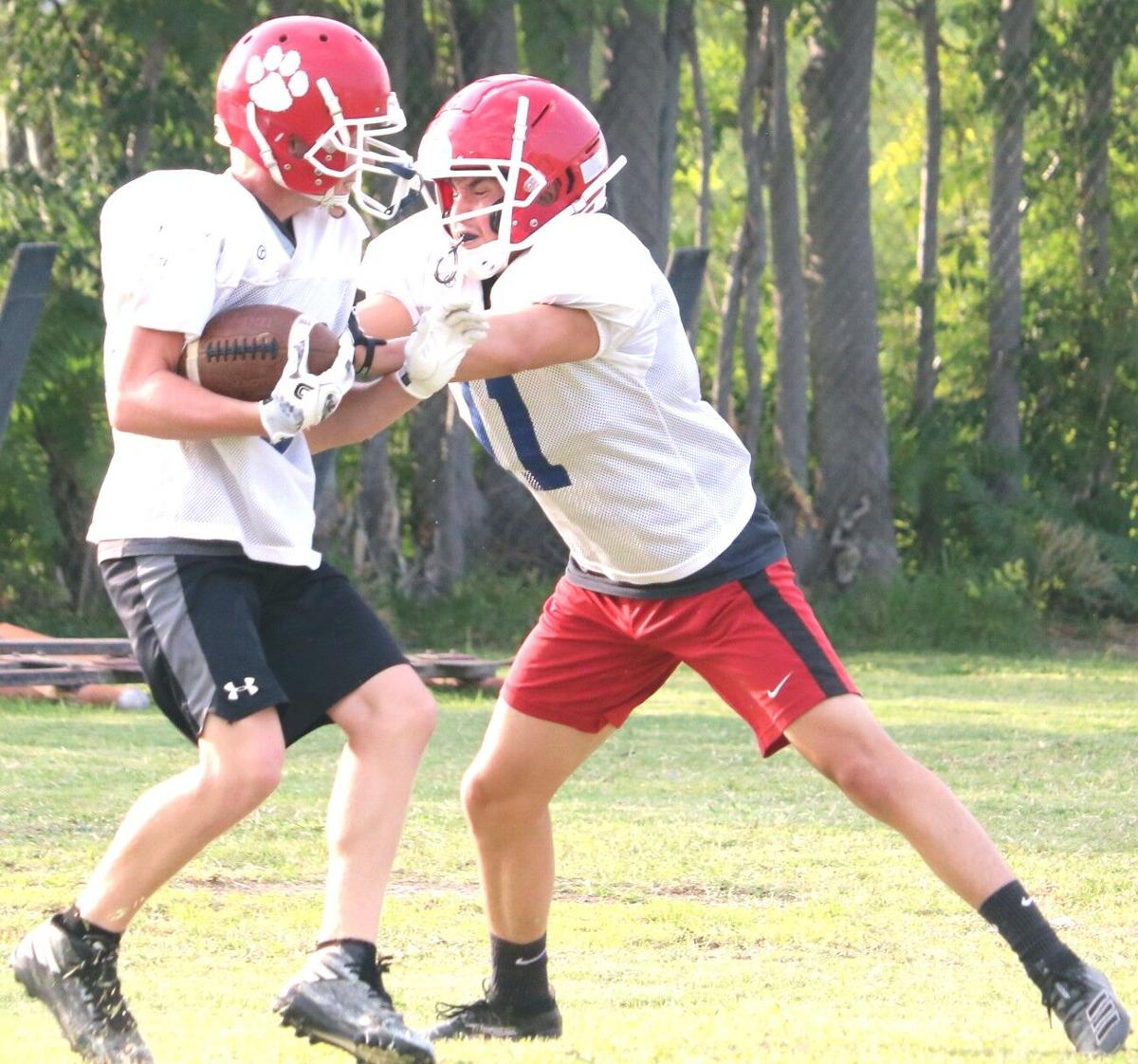 The Bobcats are relying on their 15 juniors to lead the team this season. 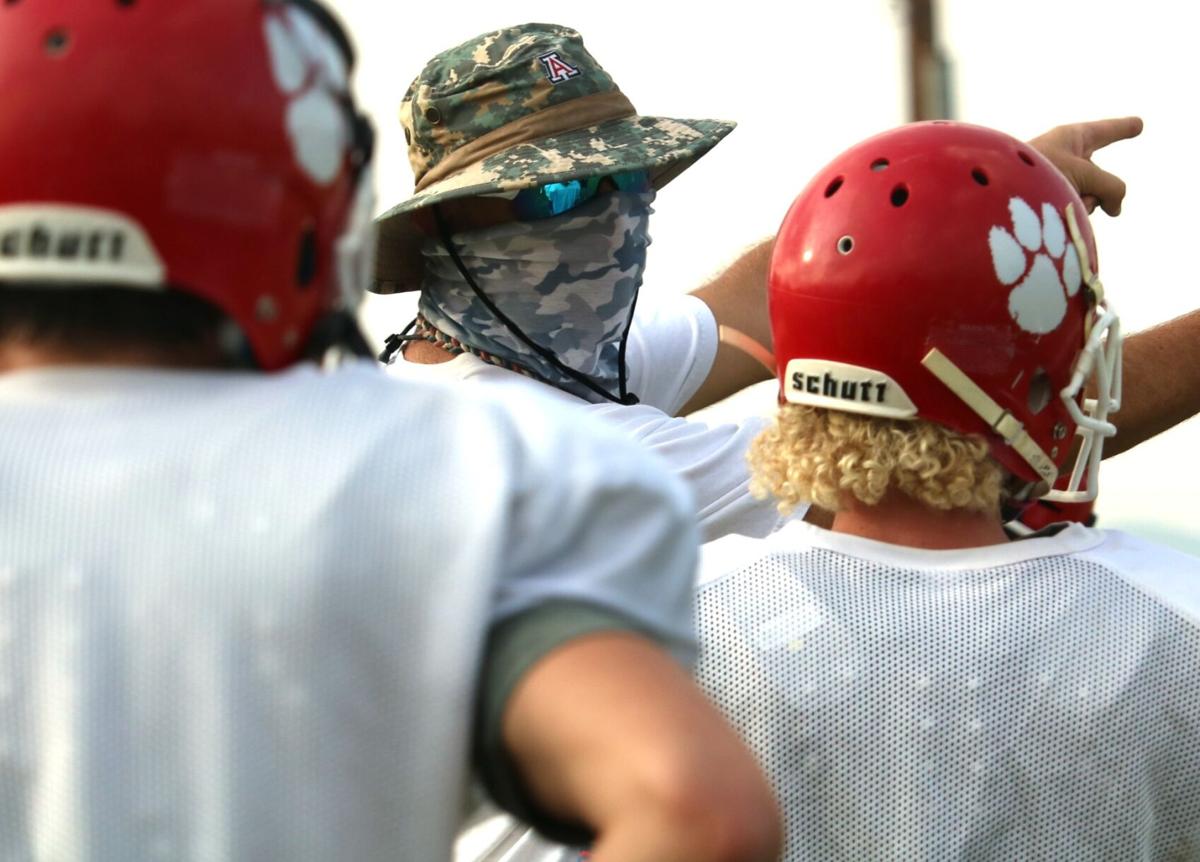 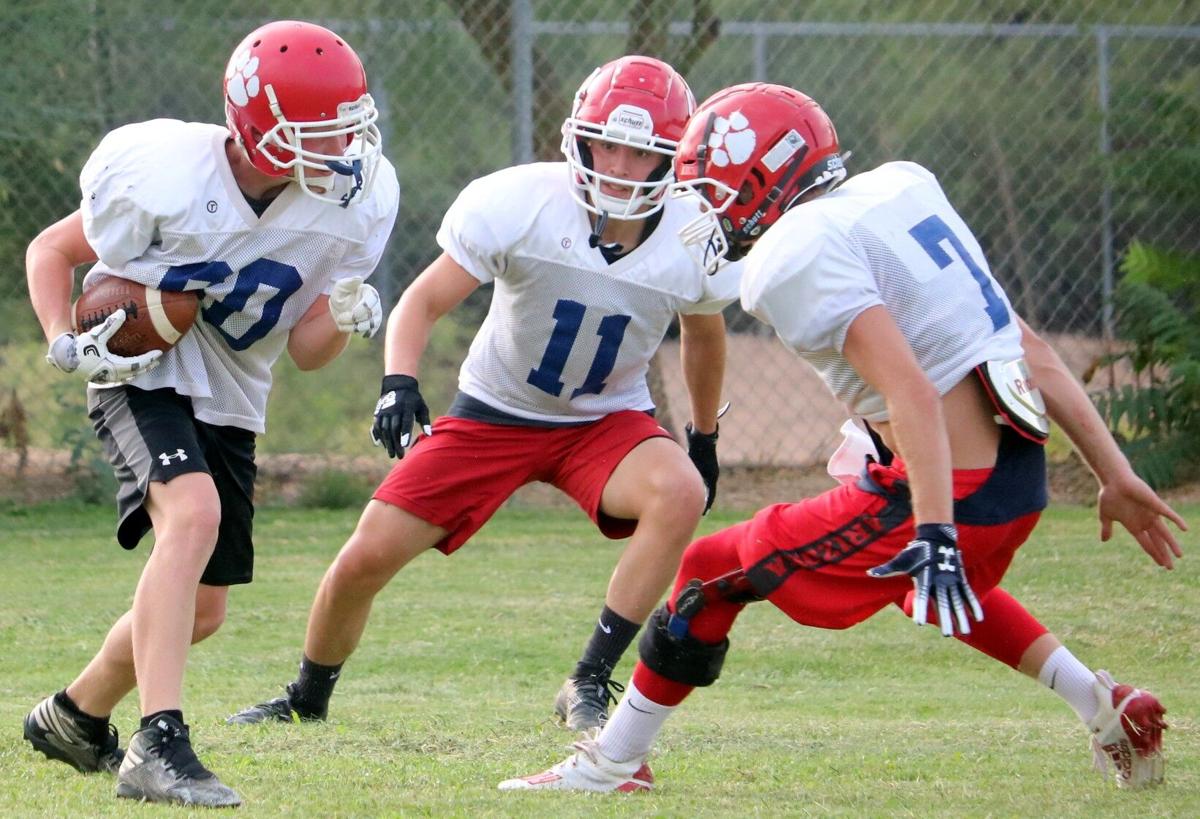 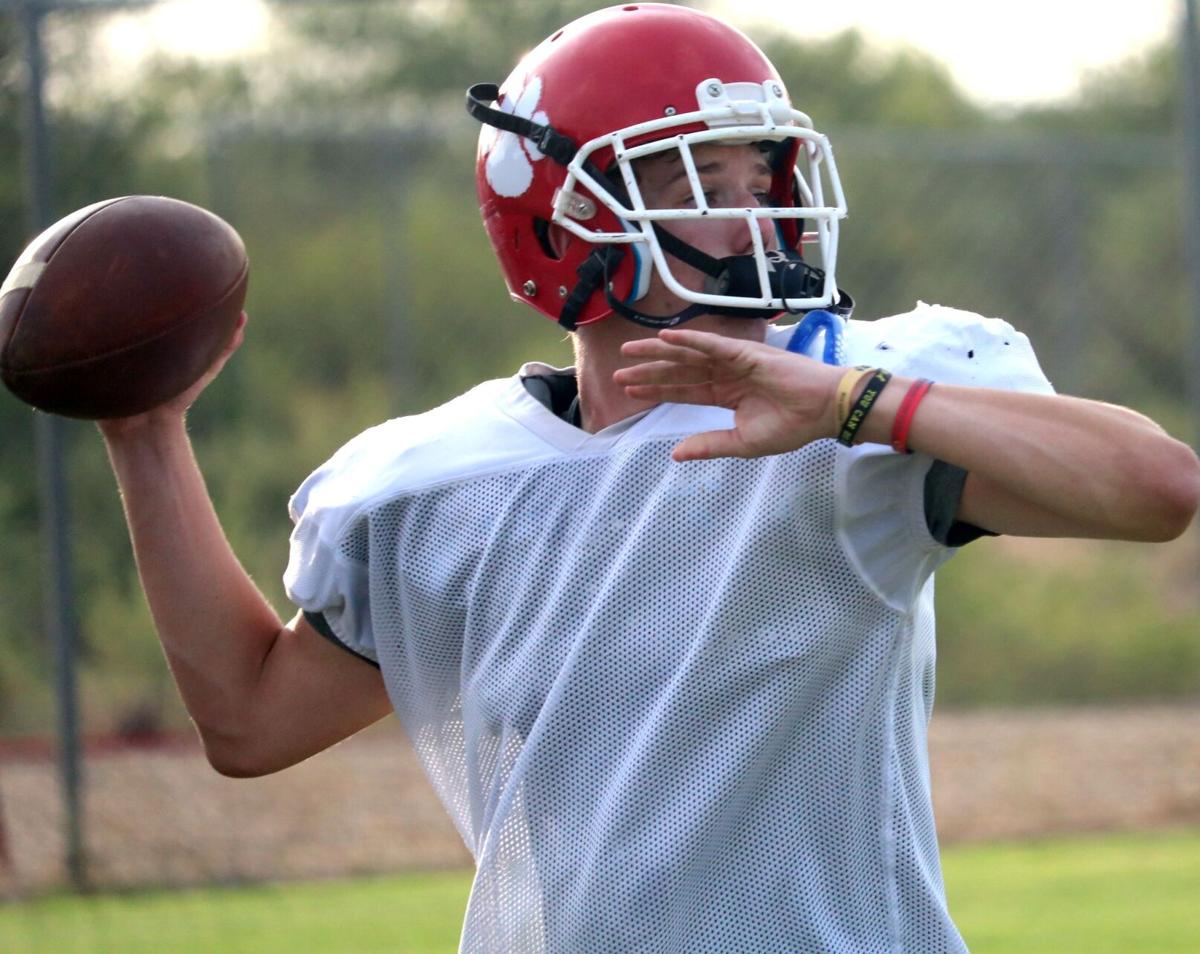 The Bobcats are relying on their 15 juniors to lead the team this season.

BENSON — Chris Determan, in his 18th year as Benson High School’s varsity football coach, is looking to his young athletes to lead the Bobcats in a tough San Pedro Region.

“We definitely have a young, athletic team,” Determan said. “All of our players are hard workers who are excited to have the chance to be back competing on the field.

“We don’t have any seniors this year so we are looking to our 15 juniors to lead on and off the field.”

Junior quarterback and strong safety Brok Determan has been eager to get back to Bobcat football.

“I’m just happy to be able to play football this year,” Brok Determan said. “We are all working hard during conditioning and at practices to get to where we want to be, to get to our full potential. Even though we don’t have any seniors on the team this year, our juniors are stepping up to take on those leadership positions.”

Junior teammate Ryan Francione, who competes as an offensive guard and defensive end, has also been looking forward to the start of the football season.

“I’ve been waiting all summer for football to start and now I can’t wait to go full force in our games,” Francione said. “Our juniors have some big shoes to fill not having any seniors on the team. We need to be good leaders for our underclassmen.”

Brok Determan and Francione both believe that the Bobcats’ strengths far outnumber the fact that the team is missing senior players.

“We have all played together since we were kids in youth football,” Francione said. “We know each other and we all have our full hearts in the game.”

Montijo, assistant coach and Benson alumni, who works with the offensive and defensive linemen, sees the positive team chemistry as a guiding force for the season.

“Most of our players have been competing together since Pee Wee football,” Montijo said. “They are a close-knit group of athletes.

“They have all been working hard in the weight room so they are strong. They aren’t huge but they are definitely fast.”

Taylor, Bobcat defensive coordinator and alumni, sees the athleticism of the team as another one of their strengths.

“We have a very talented, very hard working and athletic team,” he said. “Our nine returning starters know the game and their positions well. I’m excited to see them play.”

It is apparent that the key word for the Bobcats’ 2020 fall football season is excitement – not only for the chance to get back on the field after months of COVID-19 restrictions but the chance to see how well the young ‘cats will do.

And, from the perspective of the Bobcat players and their coaches, they are all looking to go far.

The varsity Bobcats will be competing in their first game at home on Friday against Veritas Prep.