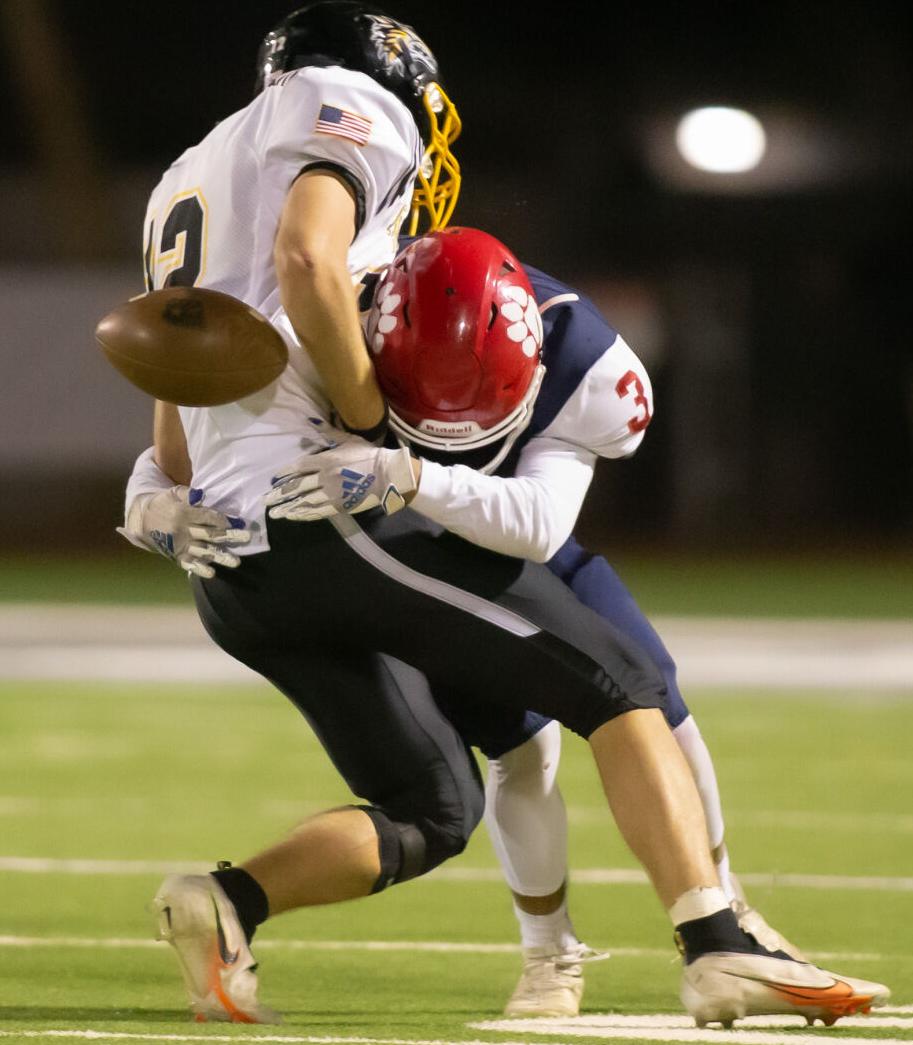 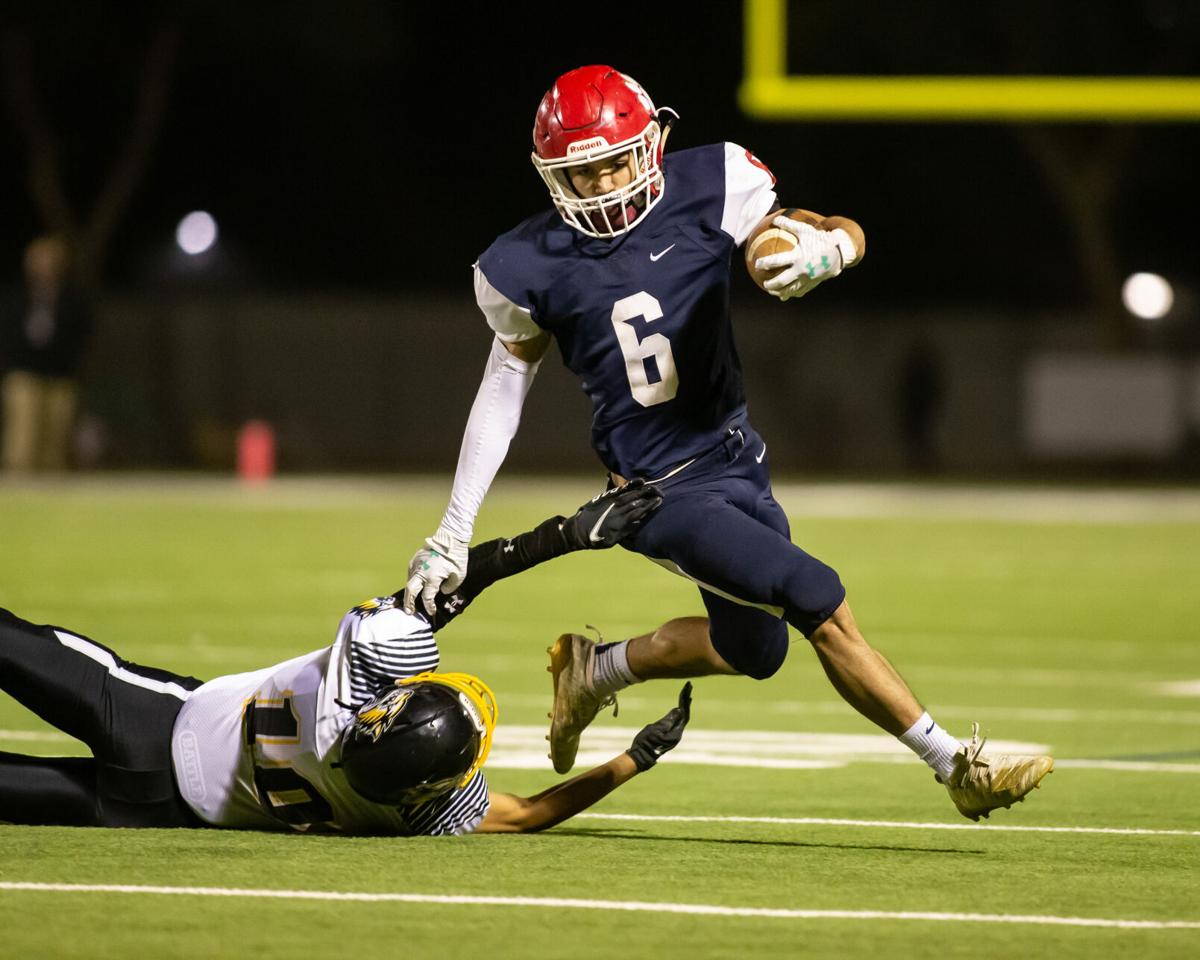 Devin Bowling avoids a defender on his way into the end zone.

Devin Bowling avoids a defender on his way into the end zone.

GILBERT — Benson High’s football team advanced to the state championship game with a 34-27 win over Arizona Lutheran Academy Saturday night at Higley High School. The No. 1 Bobcats will take on the No. 3 Santa Cruz Valley Dust Devils.

“We told them anything they get to play is a bonus,” head coach Chris Determan said. “They’ve put in the work. They deserve to be in this (final) game.”

The last time the Bobcats were in the state championship game was 2015. The school has not won a state title in football since 1955.

Benson had a shaky start to the game, allowing Arizona Lutheran to score on its second play from scrimmage. The Coyotes led 7-0 less than three minutes into the game. Benson’s defense held Arizona Lutheran without a point for the remainder of the quarter. The Bobcats tied the game with 57 seconds left in the quarter when quarterback Brok Determan connected with Mundo Esparza for a 41-yard touchdown. The quarter ended with the teams tied 7-7.

Arizona Lutheran scored the first touchdown of the second half with about five minutes left in the quarter. The Coyotes missed the point-after attempt, which made the score 14-13. Benson responded with a touchdown of its own. Jace Barney found the end zone with less than a minute left in the third to make the score 20-13. Barney led the Bobcats with 98 yards rushing.

Benson’s offense continued to roll in the final quarter.

Determan connected with Rigney for a touchdown, less than four minutes into the quarter. Rigney’s extra point made it 27-13. Less than three minutes later Arizona Lutheran was in the end zone and cut the deficit to 27-20. Rigney was back into the end zone on a jet sweep, and his fourth extra point of the game made the score 34-20 with 2:18 left. Arizona Lutheran added one more score.

The Dust Devils are 6-1, their only loss coming against 4A Casa Grande.

“Santa Cruz is a good team,” Chris Determan said. “We have to take away big plays and stop their run game.”

A win Saturday afternoon will be the first state title for Determan as a head coach. He has been head coach for the Bobcats for 18 years.