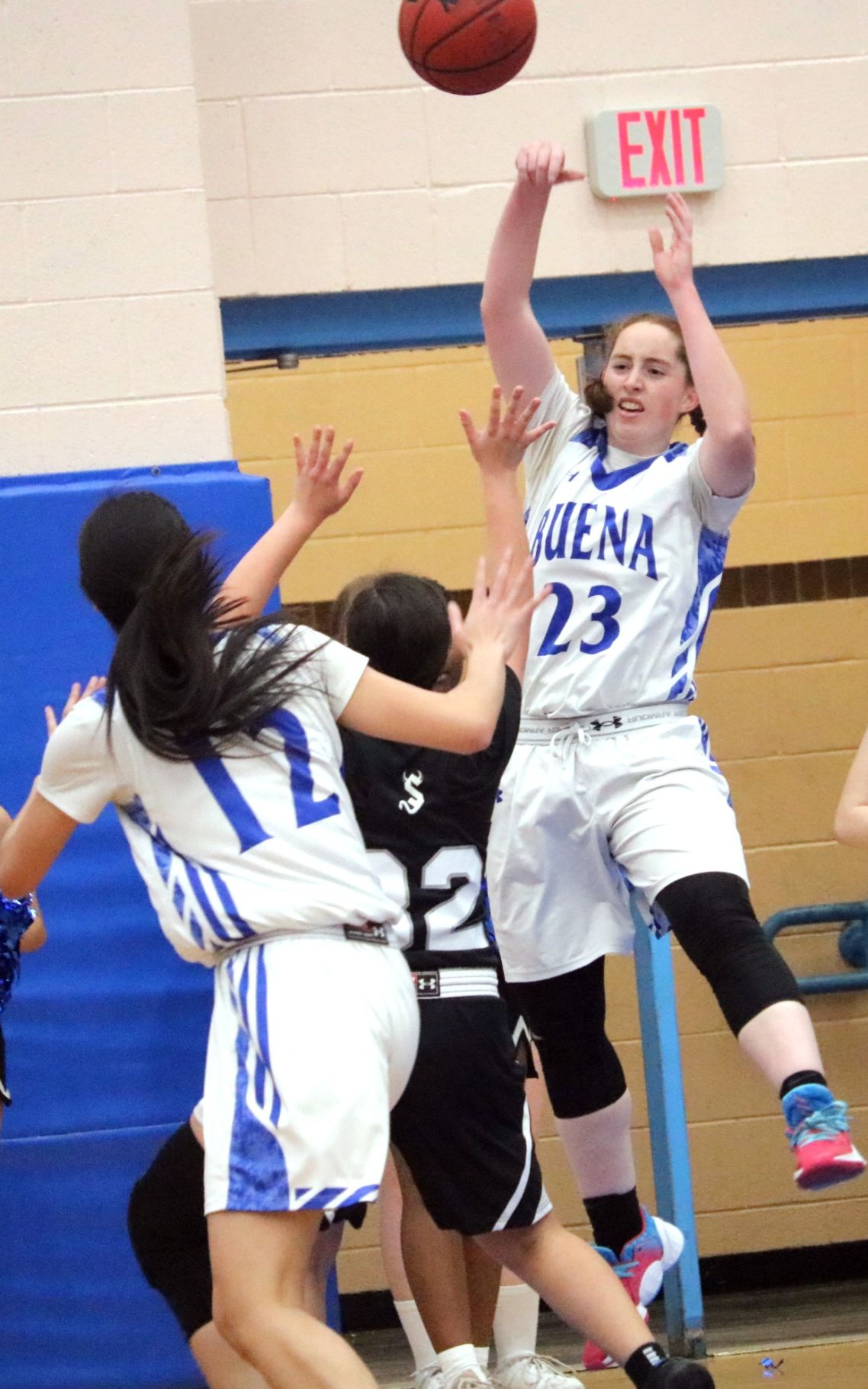 Lydia Griffith keeps the ball in bounds with a quick pass to Jadae Fehoko. 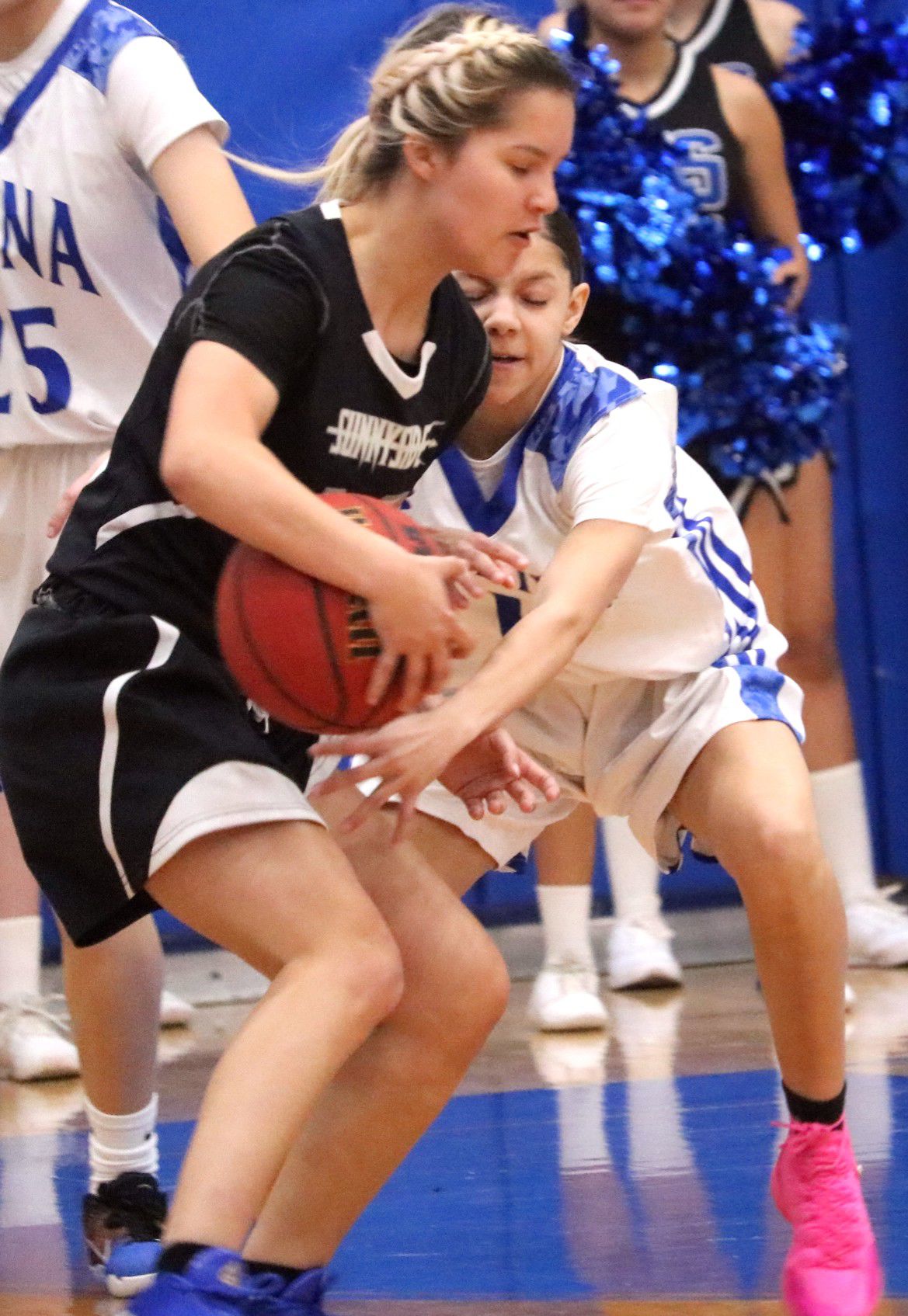 Zoe Fenton goes for a steal early in Buena's home game against Sunnyside. 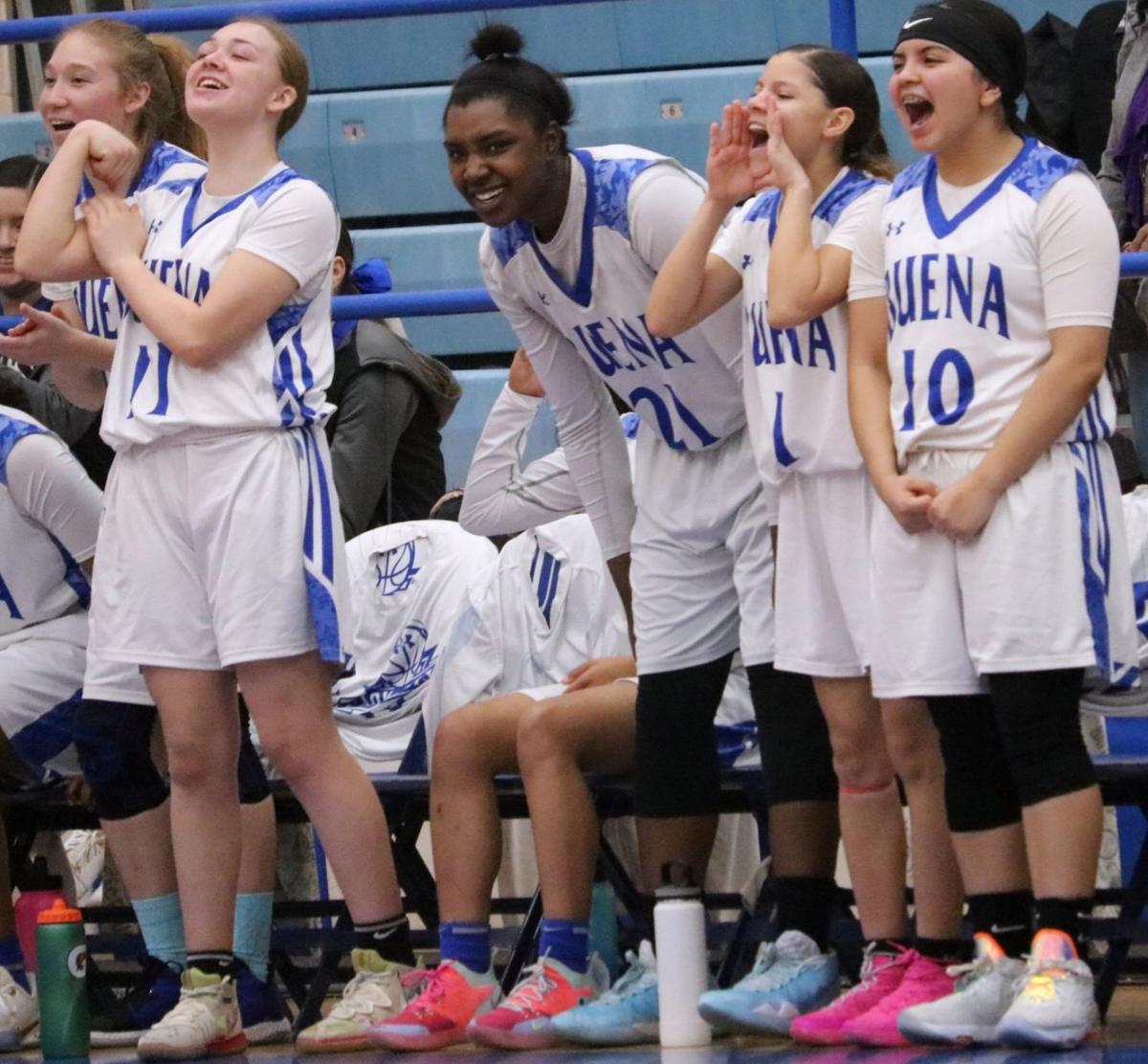 Buena’s bench erupts after a good play by the Colts.

Lydia Griffith keeps the ball in bounds with a quick pass to Jadae Fehoko.

Zoe Fenton goes for a steal early in Buena's home game against Sunnyside.

Buena’s bench erupts after a good play by the Colts.

The Blue Devils scored the first point of the game from the free throw line and pushed to a 3-0 lead before Jaslyn Booker hit Buena’s first bucket of the game. The Colts were able to pull within one point, 5-4, with 5:28 on the clock but a lull in offense led to the Blue Devils scoring six unanswered points to take a 11-4 lead. Lydia Griffith scored Buena’s last six points of the quarter with back-to-back 3-pointers. The Colts trailed 16-10 at the end of the first eight minutes.

Buena’s offensive and defensive play returned to expected levels in the second quarter, and the Colts took their first lead of the game two minutes into the new frame.

A put-back by Booker less than a minute later gave the home team a 21-18 advantage, which the Colts didn’t relinquish.

Five consecutive points by Griffith extended her team’s lead to 26-20 with under three minutes to play in the half.

Buena’s defense came up with multiple steals that transitioned into buckets on their half of the court, and the Colts led 30-22 at halftime.

Booker and Griffith continued to be unstoppable for the Colts in the second half. Booker scored the first five points of the half for Buena, and Griffith followed with five of her own to give Buena a 42-25 lead with 3:35 to play in the third.

Griffith led the Colts with 19 points, including five made 3-pointers, while Booker had 18 points in the win. Buena fought off a surge by Sunnyside and took a 44-35 into fourth quarter.

The final quarter was junior Jadae Fehoko’s time to shine. She scored eight of her 10 points in the frame to help keep Sunnyside out of reach.

Wednesday’s win puts the Colts at 12-2 and a perfect 6-0 against region opponents. Buena has four games remaining in the regular season and are back in action on Friday when they host Nogales.