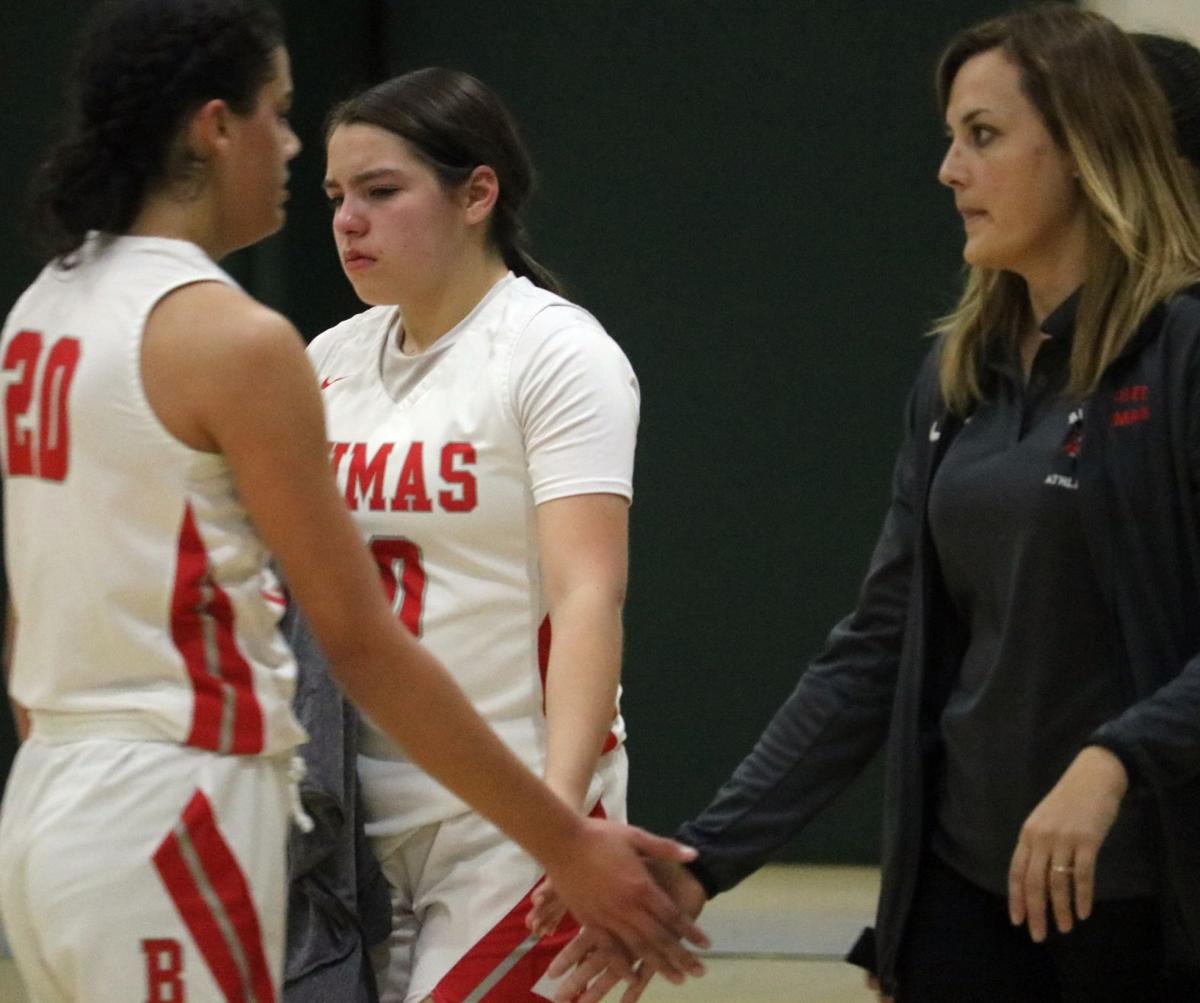 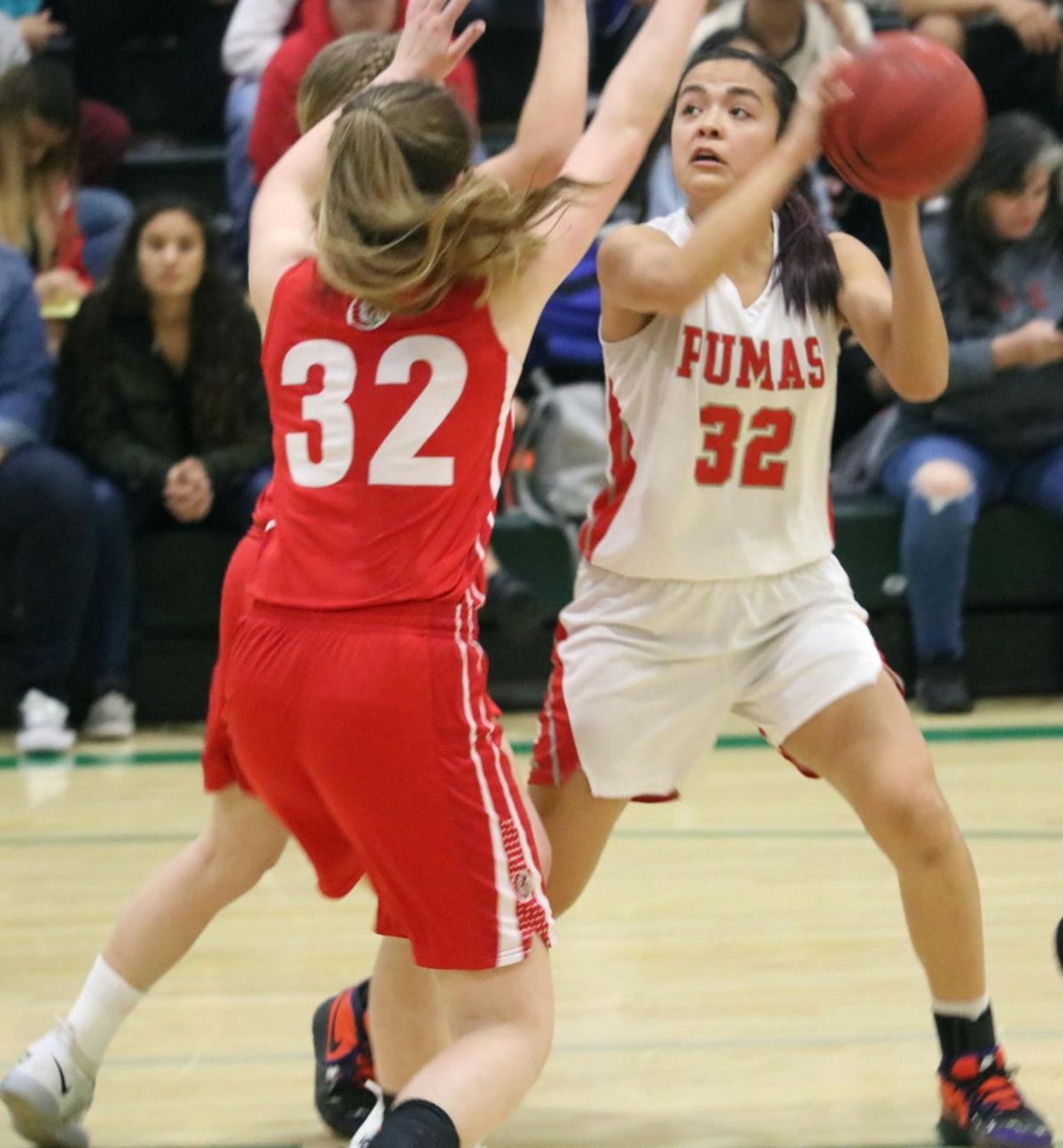 Yasmin Morales looks to make a move in the first half of Bisbee's game against St. Johns. 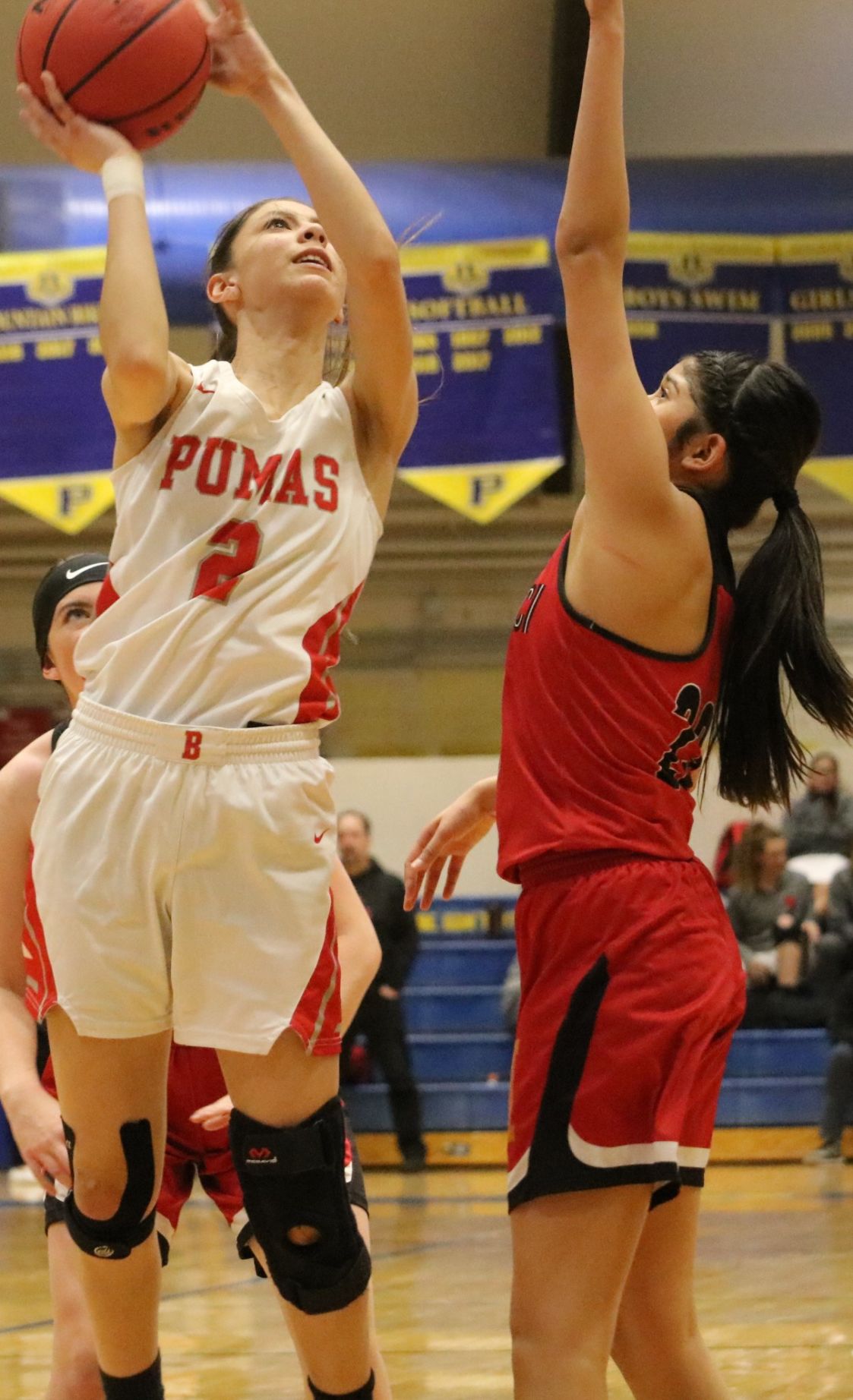 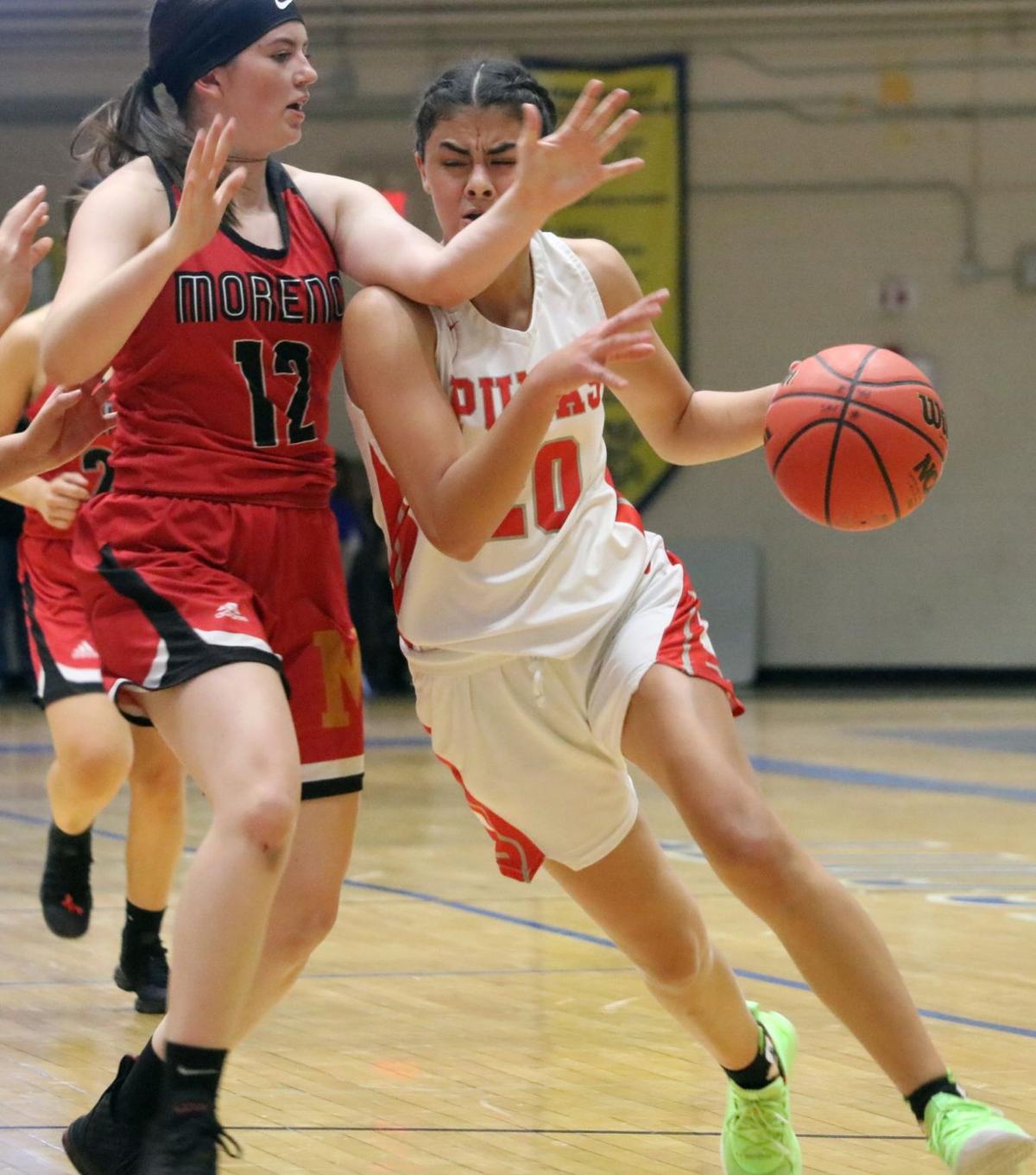 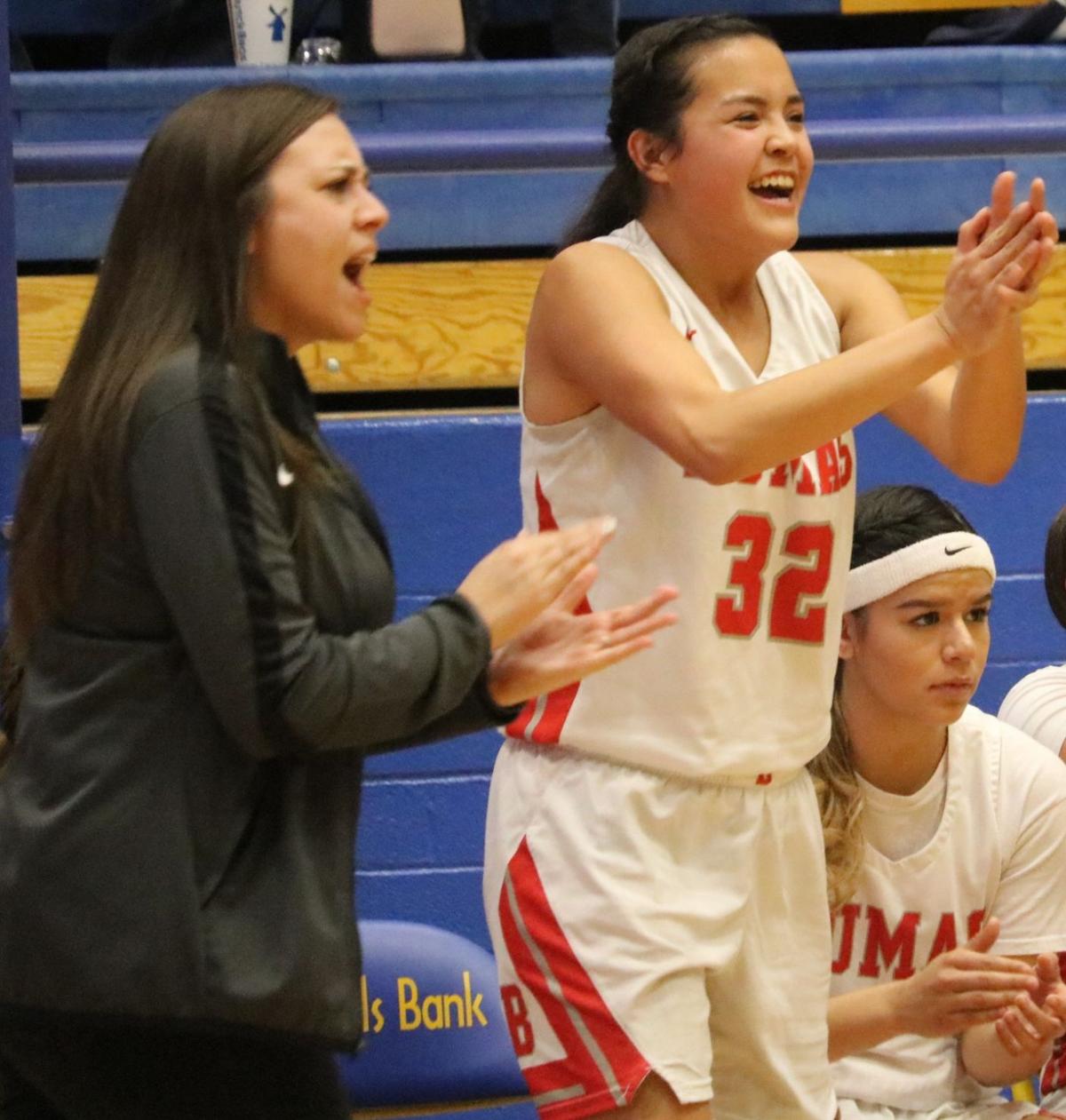 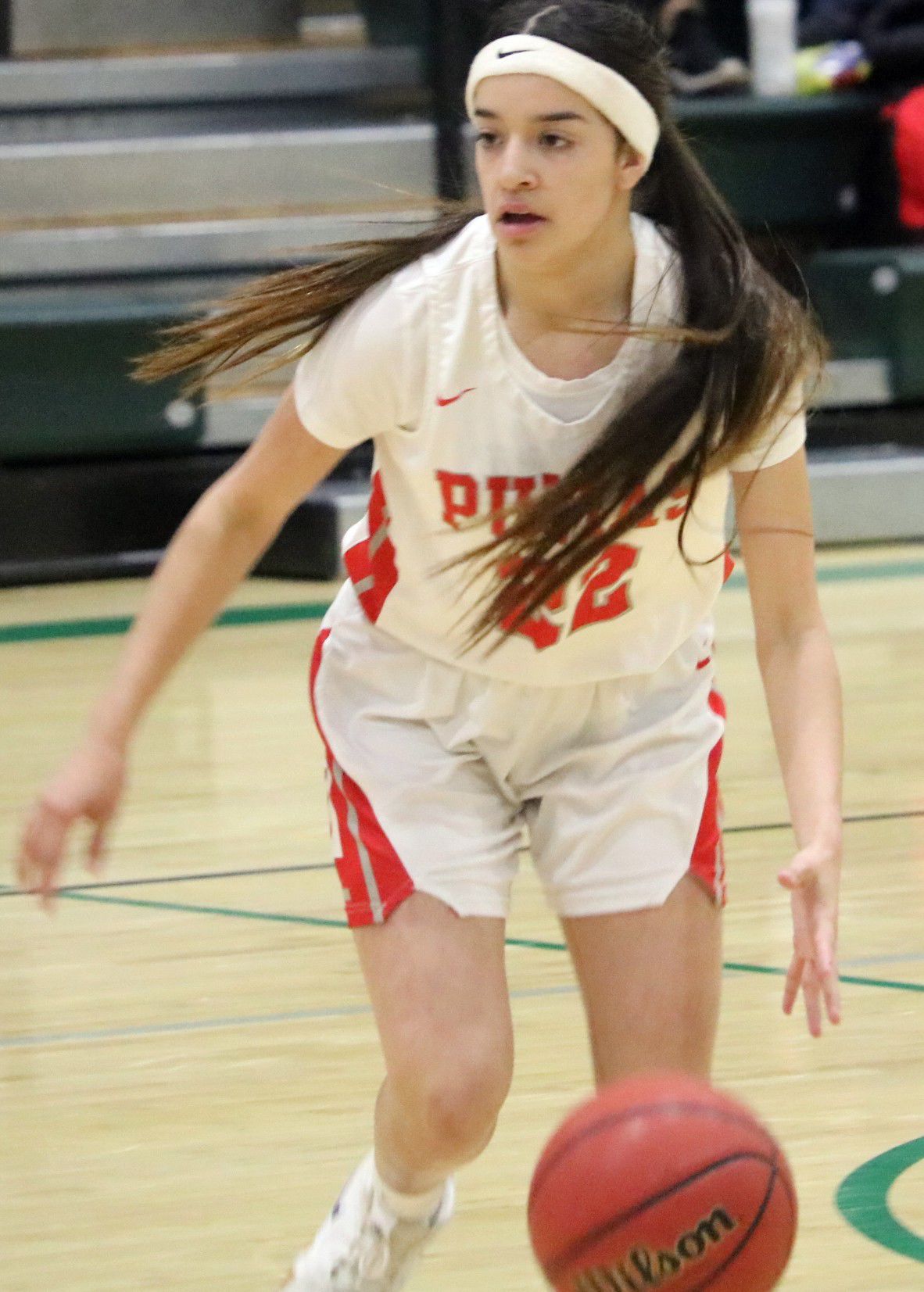 Jenitzia Valenzuela looks for a teammate to pass the ball to Saturday afternoon.

Yasmin Morales looks to make a move in the first half of Bisbee's game against St. Johns.

Jenitzia Valenzuela looks for a teammate to pass the ball to Saturday afternoon.

PRESCOTT — No. 2 Bisbee High School’s girls basketball team’s season came to an end Saturday afternoon at the hands No. 10 St. Johns in the state quarterfinals.

“They had a good defense that we couldn’t score against,” Pumas’ head coach Courtney Borquez said after the loss

St. Johns defeated Bisbee 42-26 at Yavapai College and advances to the final four. Saturday’s loss was just the Puma’s third of the season.

They finish with a 30-3 overall record.

“They should be proud of themselves because it was a great season,” Borquez said. “It’s a great learning experience and they’ll really know what this means for (the city of) Bisbee.”

The Pumas trailed at the end of each of the game’s four quarters. The game didn’t become out of reach for Bisbee until the third quarter, when St. Johns’ offense found its rhythm. Bisbee struggled from the floor in their limited shots and from the free throw line.

Bisbee opened their state playoff tournament on Friday night with a 51-40 win over Morenci at Prescott High School.

The Pumas had a good start, scoring the game’s first basket and halting the Wildcats’ offense with their press defense.

Bisbee scored five unanswered points to take a 8-3 five minutes into the game. The Wildcats clawed their way back into the game and cut the Pumas lead to 8-7 with 4:12 to play in the first quarter.

Morenci made Bisbee pay for their early foul trouble as it kept them in the game throughout the four quarters, and gave them a 13-12 lead with just under a minute left in the first frame. Morenci carried that lead into the second quarter.

Bisbee regained the lead, 14-13, a minute into the second frame.

However, Morenci knotted the game 14-14 with a free throw. Gabby Lopez responded with a 3-pointer to give the Pumas a 17-14 advantage with just under six minutes left in the half. Morenci pulled within one after knocking down a pair of free throws. Alexia Lopez scored the Pumas next five points to give them some breathing room, 22-18.

The Wildcats scored four points in 30 seconds to tie the game 22-22. Lopez connected on one free throw with 46 seconds left to give Bisbee a 23-22 advantage, which they held at halftime.

Bisbee scored the first 13 points of the second half to jump to a 36-22 lead. Morenci’s first point of the frame came from the foul line with 3:08 on the clock. The Wildcats halted the Pumas offense with their pressure defense, forcing turnovers in Bisbee’s half of the court. Morenci pulled within four points, 36-31, at the end of the third quarter.

Bisbee worked up a seven-point lead less than a minute into the fourth quarter. The Pumas maintained the 40-35 for two minutes in the middle of the frame.

Bisbee used fast break opportunities to build their lead and hold off Morenci for the win.

This weekend isn’t the last time the Pumas will see Prescott. The expectation is for the girls to make it back next season as Bisbee returns most of their starters and other players. Borquez said their experience in Prescott gives her team knowledge of what to expect from now on since none of them had been this far in the postseason before.