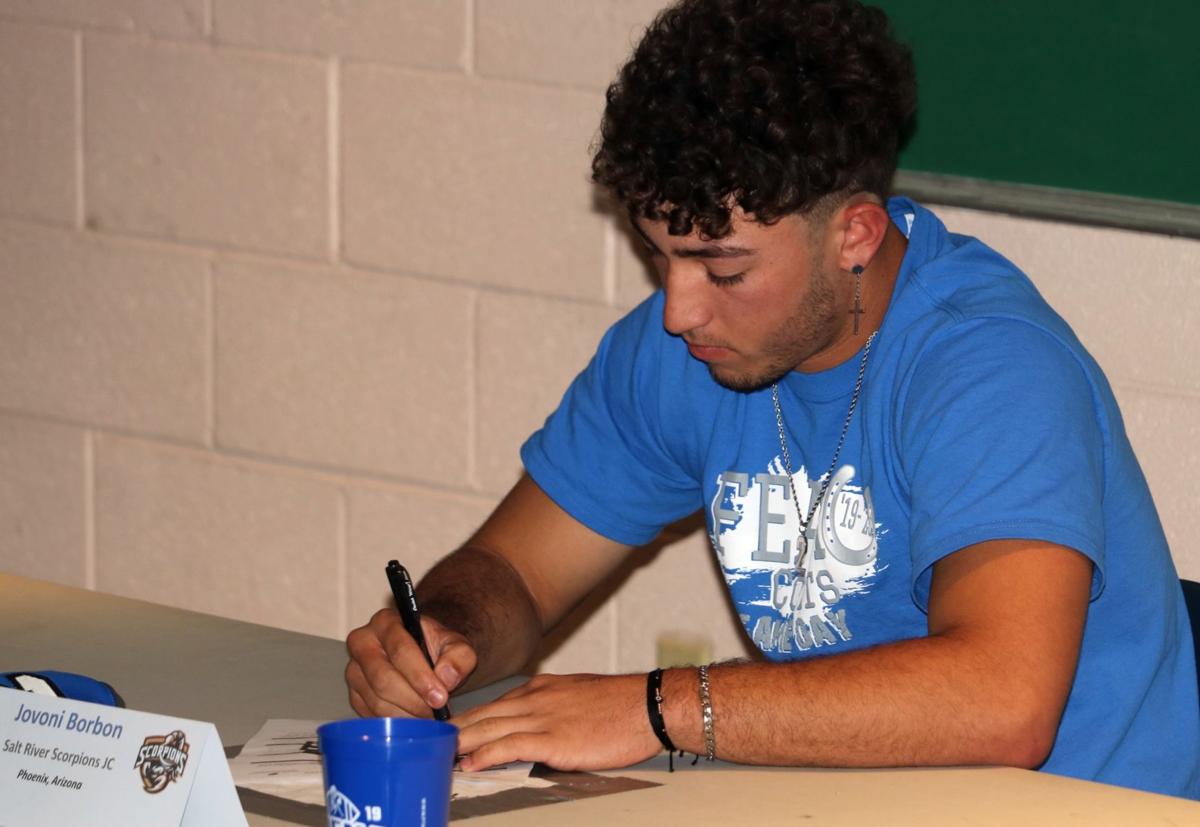 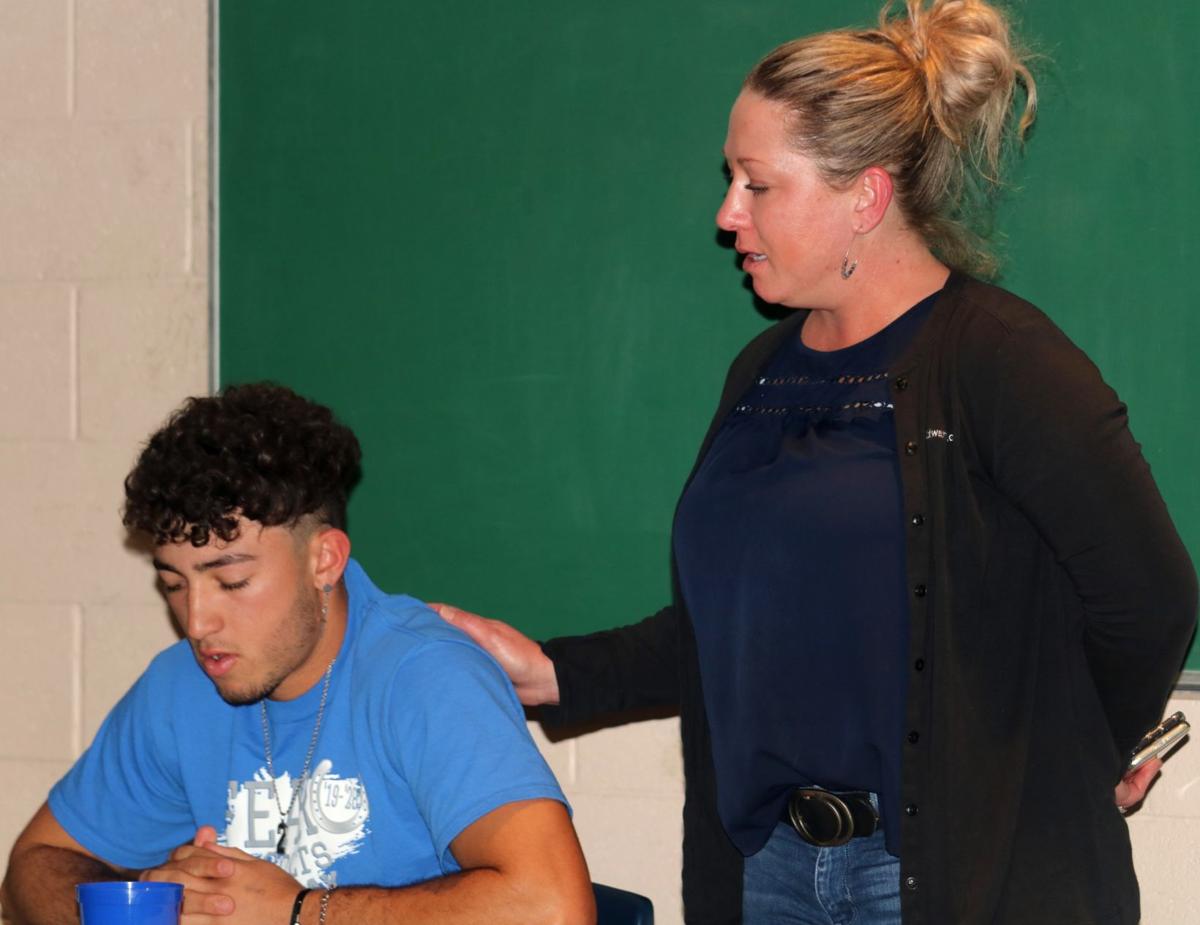 Amanda Clark, Jovoni Borbon's mother, shares a few words before he signs his letter of intent.

Amanda Clark, Jovoni Borbon's mother, shares a few words before he signs his letter of intent.

SIERRA VISTA — Jovoni Borbon waited for his signing day since he walked through the doors of Buena High School. On Monday, his day came.

The senior signed with the Salt River Scorpions, a team in the Hohokam Junior College Athletic Conference (HJCAC). The HJCAC was created after community colleges across Arizona dropped their programs leaving the state without any junior college football options.

“Recognizing the long odds in actually seeing a reversal of the decision led a couple of coaches to begin securing corporate-level sponsorship through a non-profit to bring community college football back to the State of Arizona,” according to the HJCAC website.

Borbon will take classes at Phoenix College while playing safety for the Scorpions.

“It was the most strategic option for me,” he said after signing his letter. “The plan is to be there for a year or two and move on to a bigger school.”

Borbon had offers from six schools and weighed his options before choosing to stay somewhat close to home. He said he his other options were to move to places like Nebraska or Minnesota and go to a Division 2 school, but staying in state appealed to him because he still had the option to move to a bigger program.

“This is just the beginning of what he can do,” Buena football head coach Joe Thomas said during Monday’s signing. “I talked to many coaches and they would have been lucky to have (Jovoni) on their team.”

Borbon was a four-year varsity starter for the Colts, all at the quarterback position before playing safety along with QB this past season for the Colts. He leaves Buena as the schools record holder from most touchdowns in his career with 63 regular season scores. The previous record was 44 by Jamal Womble, who played for Buena’s varsity team from 2005 to 2007.

“I’ll bleed Buena blue til I die,” he said.”It’s been an honor to play at this school. I’ve made relationships with players and coaches that I will never forget.”