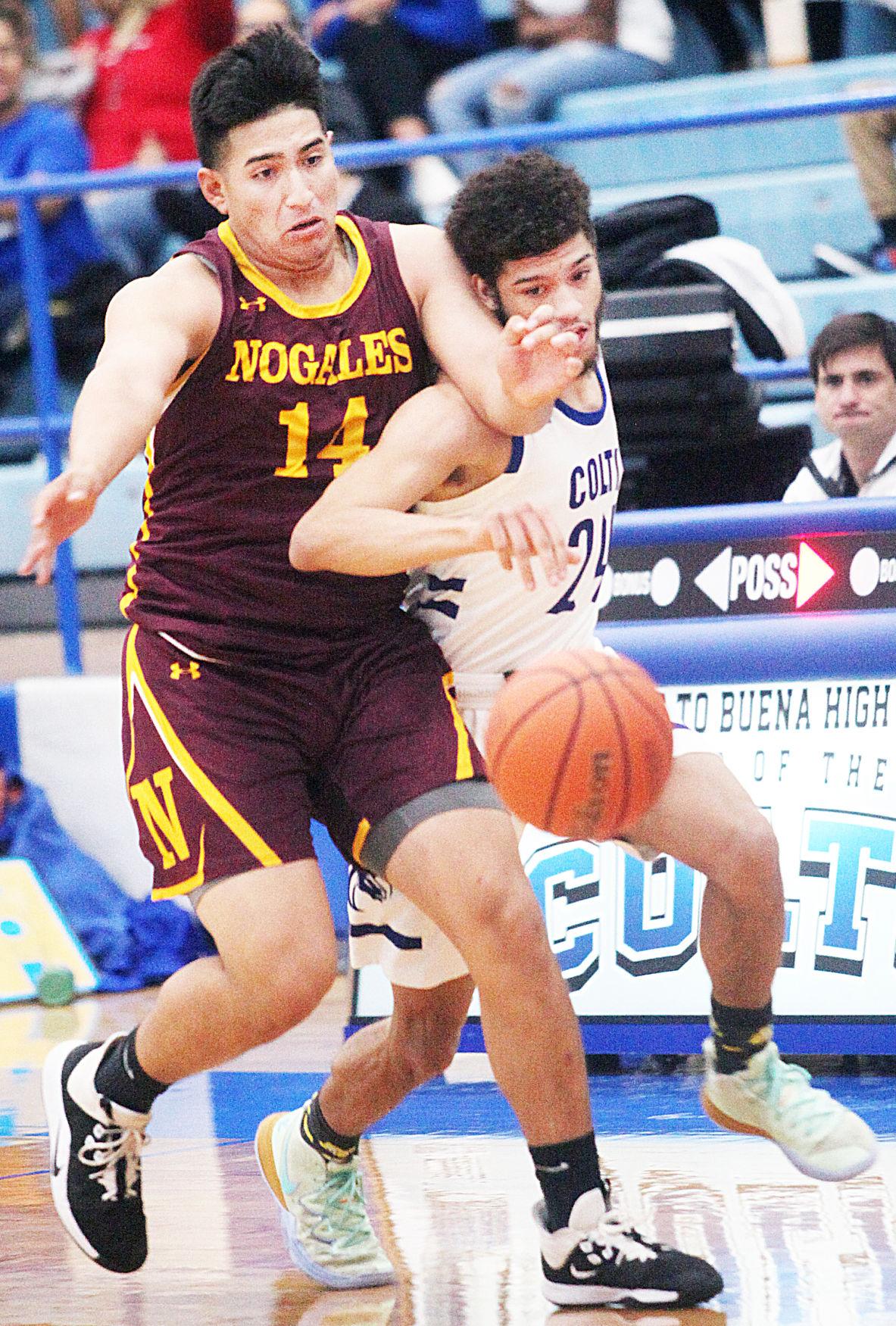 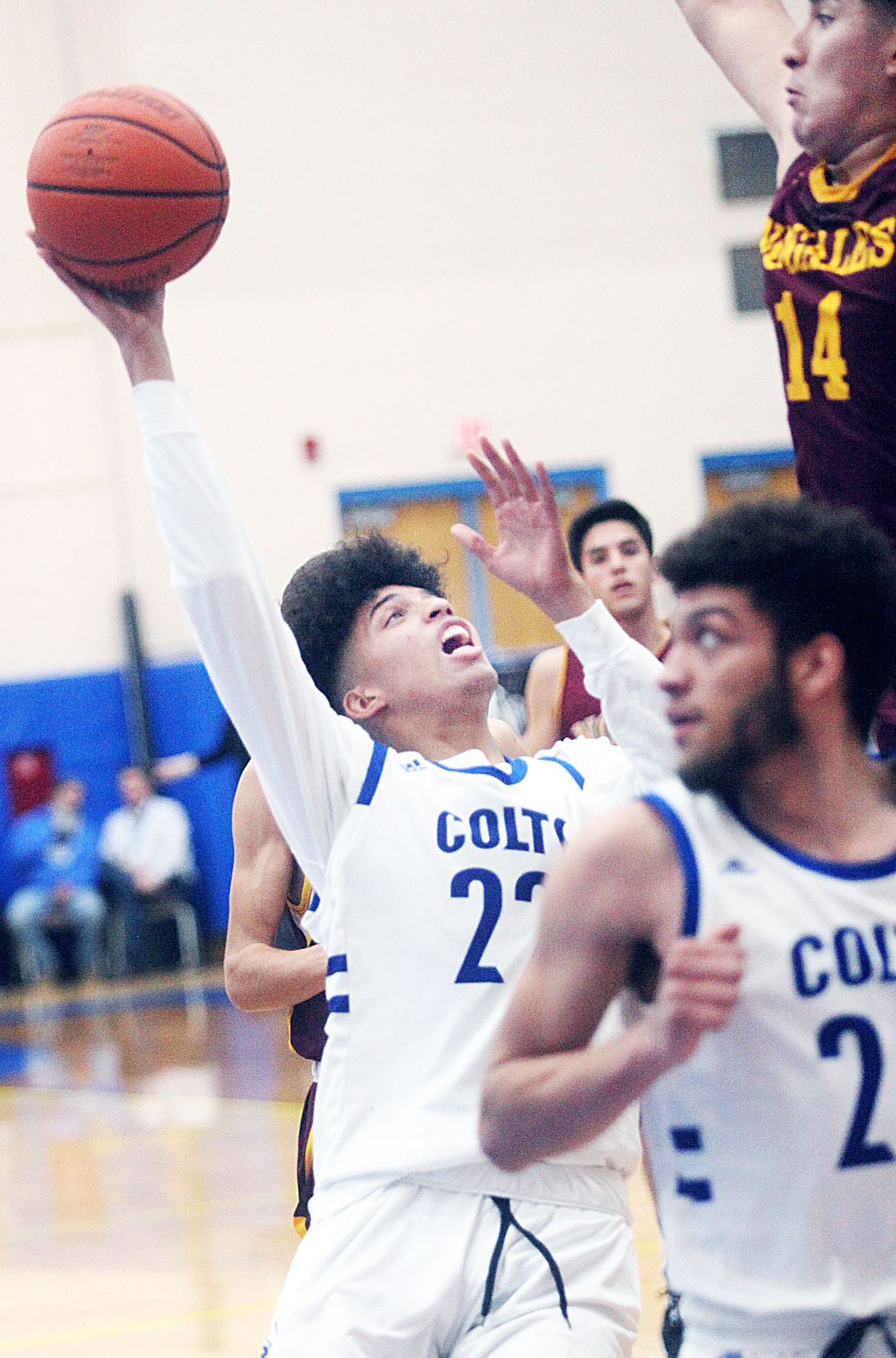 SIERRA VISTA — It may not have been pretty but Buena High School’s boys basketball team left their home court with a 74-69 win over visiting Nogales High School Tuesday night.

Buena was first to score but Nogales quickly responded with a bucket of their own. A made free throw with 6:11 to play in the first quarter gave the Apaches their only lead of the game.

But it didn’t last long, as Buena pushed ahead to takes a 11-5 lead with 2:36 left in the quarter, which prompted Nogales to call a timeout. The Colts carried a 19-10 lead into the second quarter.

Isaiah Baugh was the Colts’ spark off the bench. He scored 10 points in the first half which helped keep the Apaches at a distance. Baugh led Buena with 23 points in the win.

Nogales trimmed Buena’s lead to six points in the early stages of the second quarter but they weren’t able to over take the lead as they struggled inside the paint and the Buena offense was too in sync for them to stop. Buena’s eight-point lead with just over two minutes in the half dwindled to four points, with Buena holding a 33-27 advantage at half time.

Buena’s offense stalled in the fourth quarter, but timely free throws with less than a minute to play secured the teams 14th consecutive win, which includes tournament games. Jaylen Mcfadden had 11 points in the win and Jovany Featherston was second on the team in scoring with 15 points. Most of the duo’s points came in the second half when their team needed a bucket.

The Colts return to action on Thursday when they travel to Sunnyside High School.