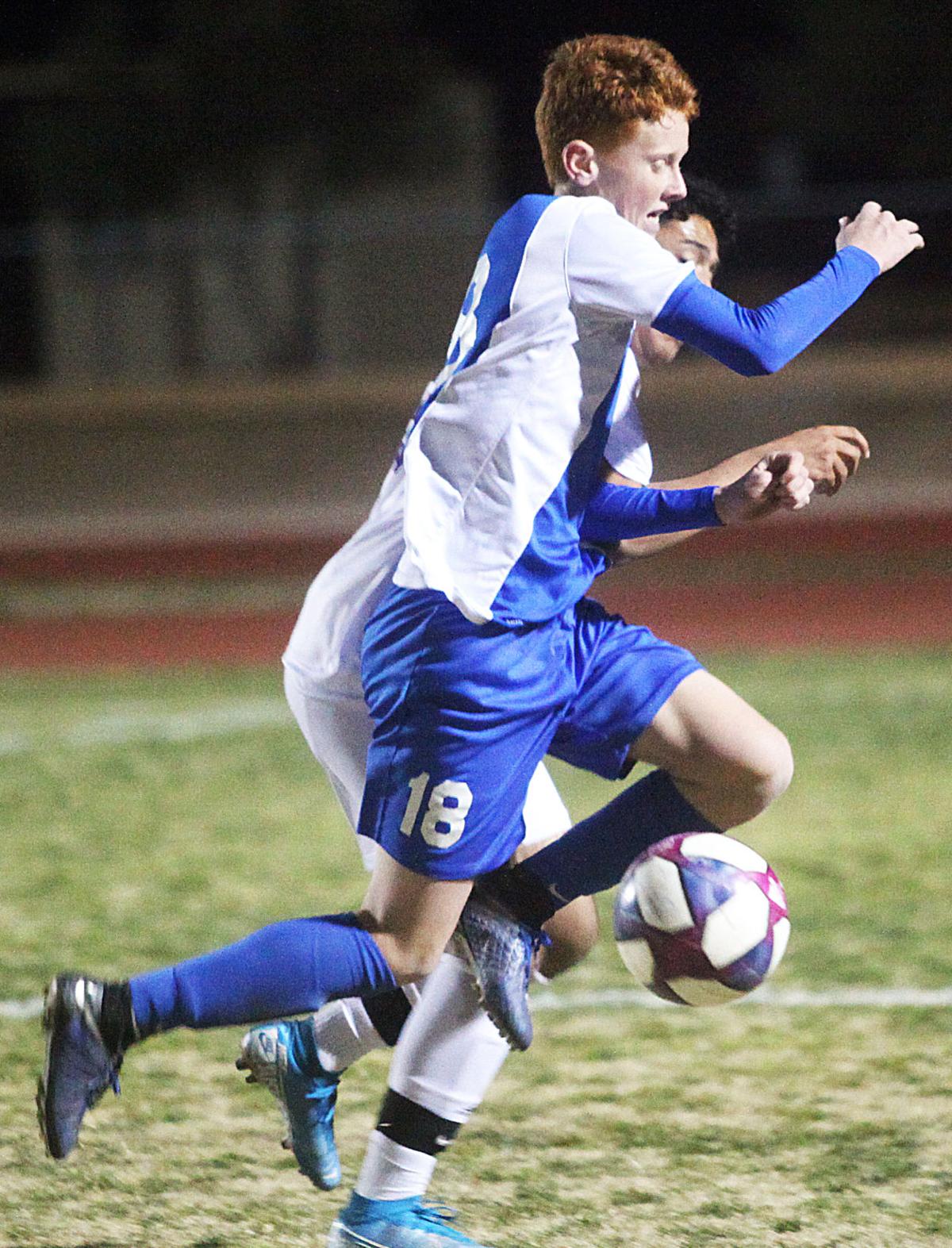 Jerod Allen races towards the goal in Thursday night’s game versus North Canyon. 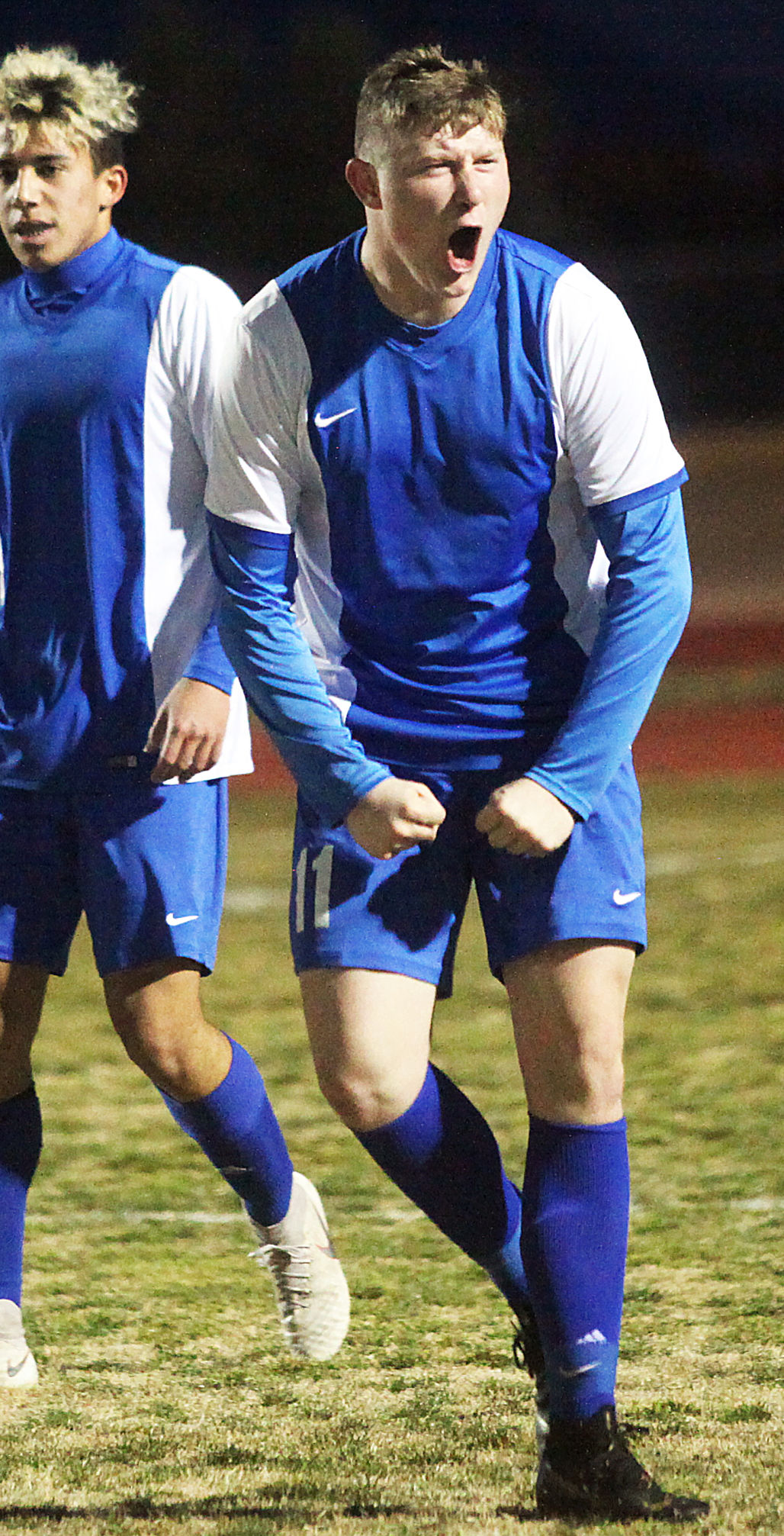 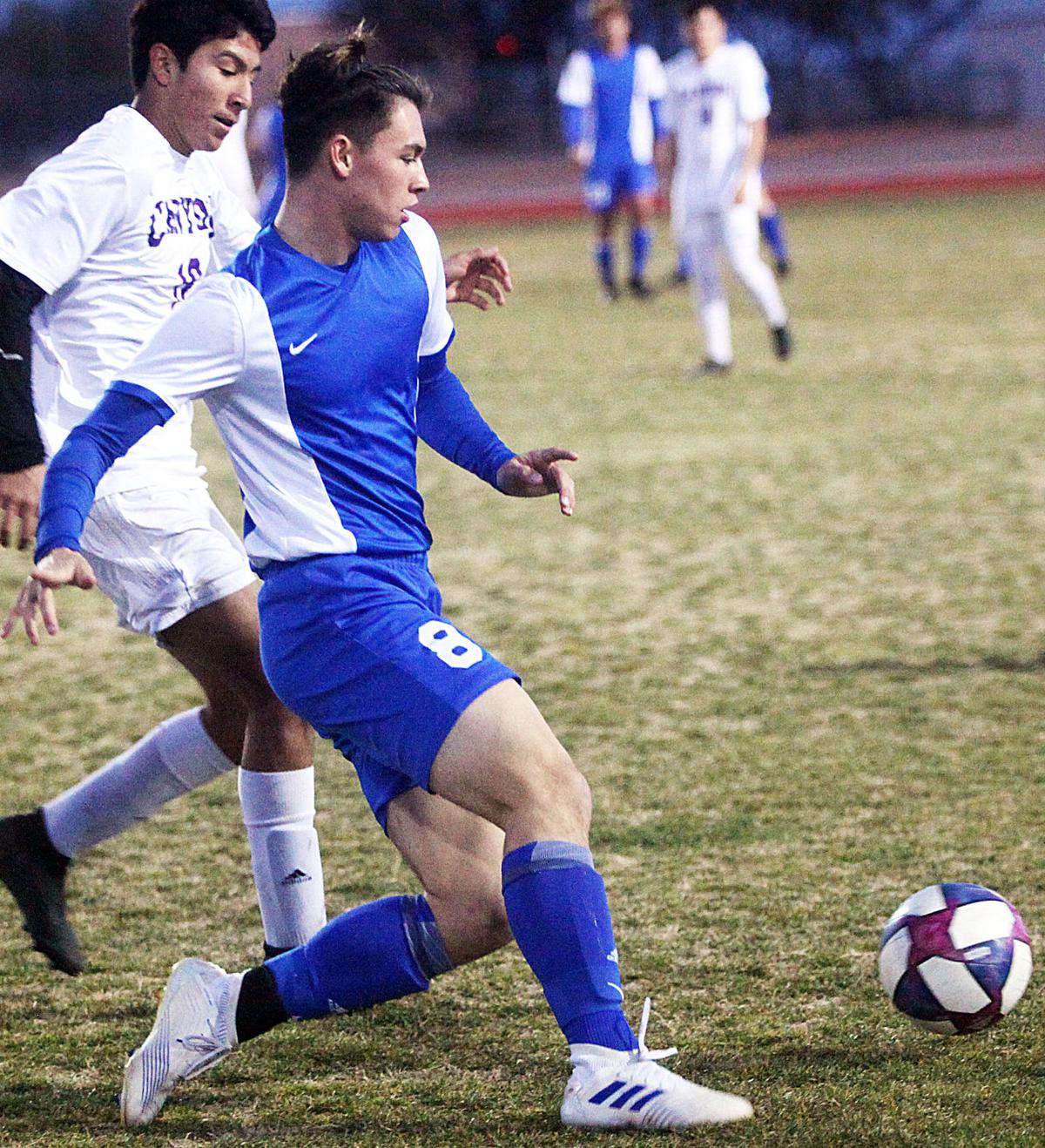 Jerod Allen races towards the goal in Thursday night’s game versus North Canyon.

SIERRA VISTA — No. 10 Buena High School boys soccer was eliminated from 5A state title contention Thursday night at the hands of No. 23 North Canyon. The Rattlers returned to Phoenix with a 4-3 overtime win and await their opponent in the first round of the playoffs.

North Canyon opened the scoring with a goal 12 minutes into the game. Eleven minutes later, a shot by Sean Presnall off a pass from Cody Pitzlin found the back of the net to tie the game 1-1. The tie lasted less than three minutes, as North Canyon was able to beat junior keeper James Settle to regain the lead. The Rattlers were up 2-1 at the halftime break.

As time progressed, so did the chippiness and physicality. Three yellow cards were issued in the game, two against Buena. Each side had their chances in the second half but both goalkeepers made key and timely saves to keep the score close. Buena broke the scoreless second half drought when Jerod Allen beat the keeper to tie the game again, 2-2. The 80 minutes of regulation time ended tied, sending the game went into overtime.

Four minutes into the extra time, North Canyon struck again and were ahead 3-2 at the end of the first 10 minutes. North Canyon scored again midway through the second 10 minutes after stealing the ball away from Settle and putting the ball into an empty net to make it a 4-2 game.

Buena didn’t back away, and with time against them, Pitzlin was able to beat the Rattlers’ keeper to pull the Colts within one, 4-3, with 1:20 left in the game. The Colts ran out of time before being able to complete the comeback.

Buena finishes the season with a 7-6 record.