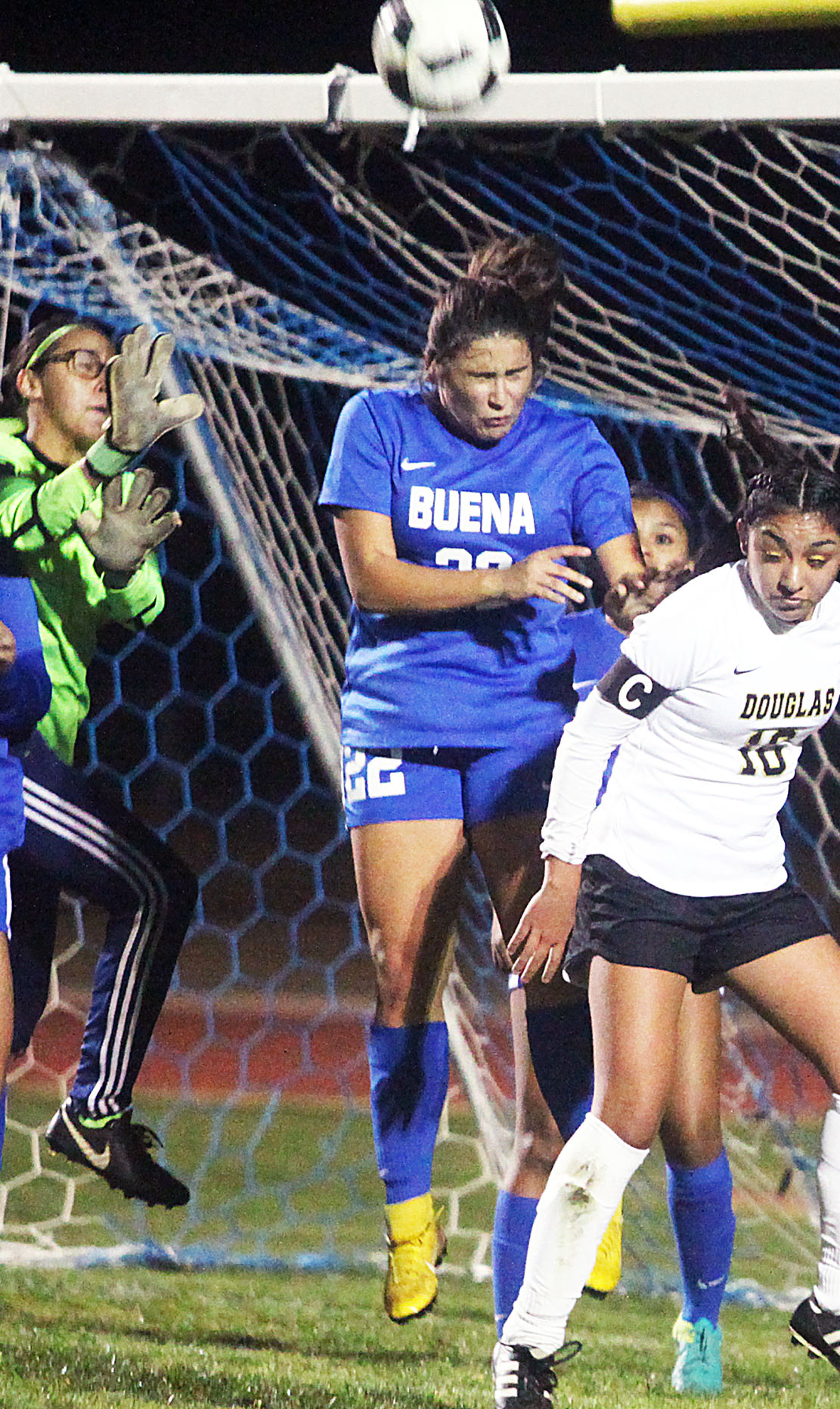 A Buena defender heads the ball away from the goal as Douglas tries to score Tuesday. 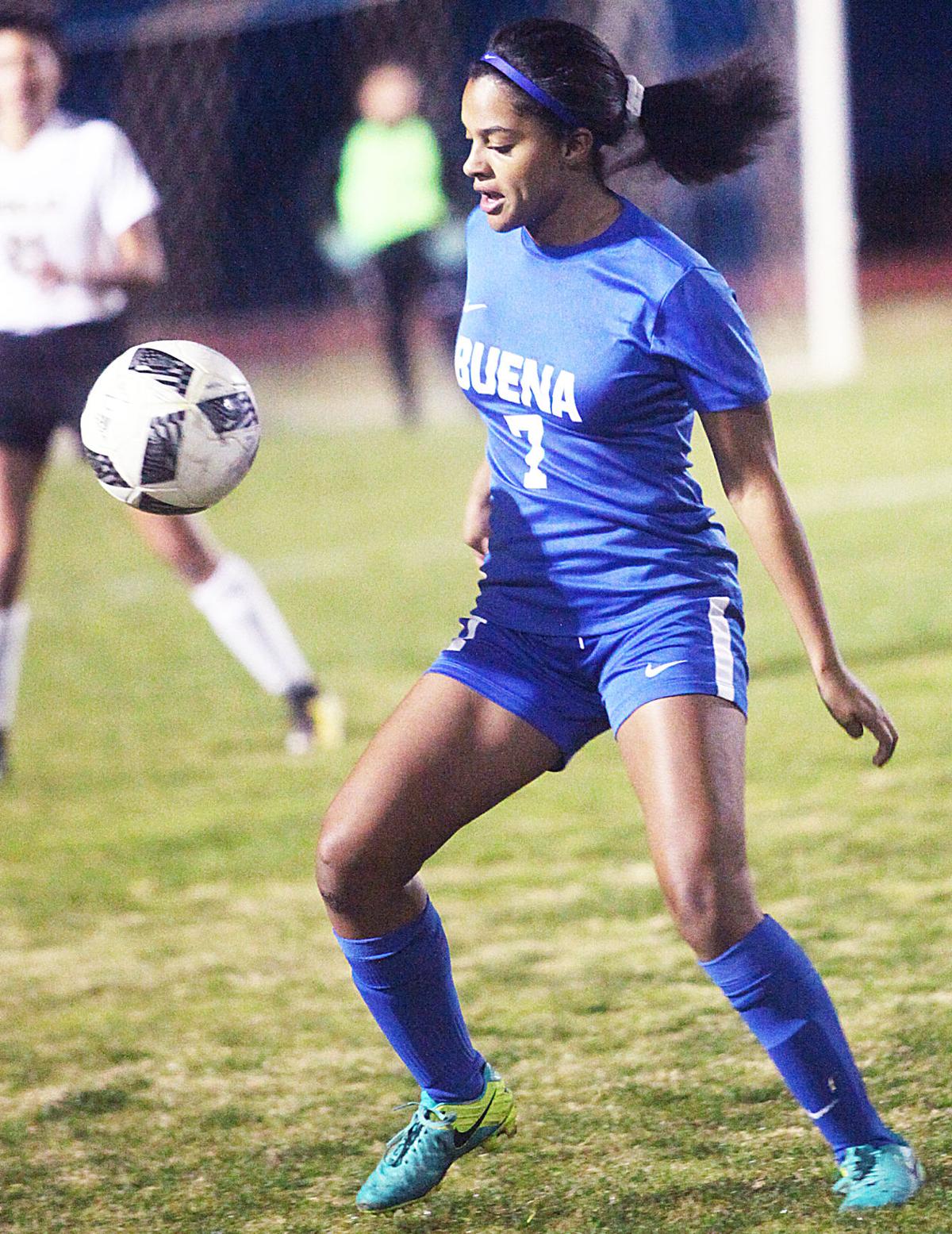 A Buena player looks to control the ball during Tuesday night’s game against Douglas at Loveless Stadium.

A Buena defender heads the ball away from the goal as Douglas tries to score Tuesday.

A Buena player looks to control the ball during Tuesday night’s game against Douglas at Loveless Stadium.

SIERRA VISTA — Buena High School’s girl’s soccer team entered Tuesday’s match with Douglas High School in search of their first win of the season. Despite a valiant comeback effort, the Colts were once again on the wrong side of the scoreboard as the Bulldogs left town with a 3-2 victory.

Douglas was first to strike and it took just 50 seconds to do so. The Bulldogs capitalized off a corner kick which found the back of the net after the Colts were unable to clear the ball. Douglas looked to add to their lead a few minutes later but Clarissa Harris made multiple clutch saves in tight space to keep her team within one goal. The visiting Bulldogs led 1-0 at halftime.

Both teams’ offenses were hitting on all cylinders to start the second half. Less than four minutes into the frame, Astrid Galvez connected with Hailey Delos Santos-Ramos off a corner kick to knot the game 1-1.

Twenty seconds after Buena’s goal, Douglas countered with a goal of its own. Harris couldn’t track down the ball as it was knocked around close in front of her before finding the back of the net.

The Colts didn’t let up as they capitalized off a steal in their own half of the field. Delos Santos-Ramos ran three-fourths of the field, dribbling past multiple Douglas defenders and was able to put the ball past the keeper’s outstretched arms for her, and her team’s, second goal of the game. Eight minutes later, Delos Santos-Ramos was carried off their field with an apparent leg injury. She did not return to the game but was running on the sideline seemingly preparing to re-enter the game, but never had the chance.

Douglas broke the tie with just under six minutes to play.

A free kick was awarded to the Bulldogs and another failure to clear the ball resulted in the game-winning goal.

The Colts lost two of their three games and tied in the third. Their losses were to Catalina Foothills and Rincon/University. They drew with Marana Mountain View in the second game of the tournament.

Buena travels to Sahuaro on Dec. 17 for their next match.