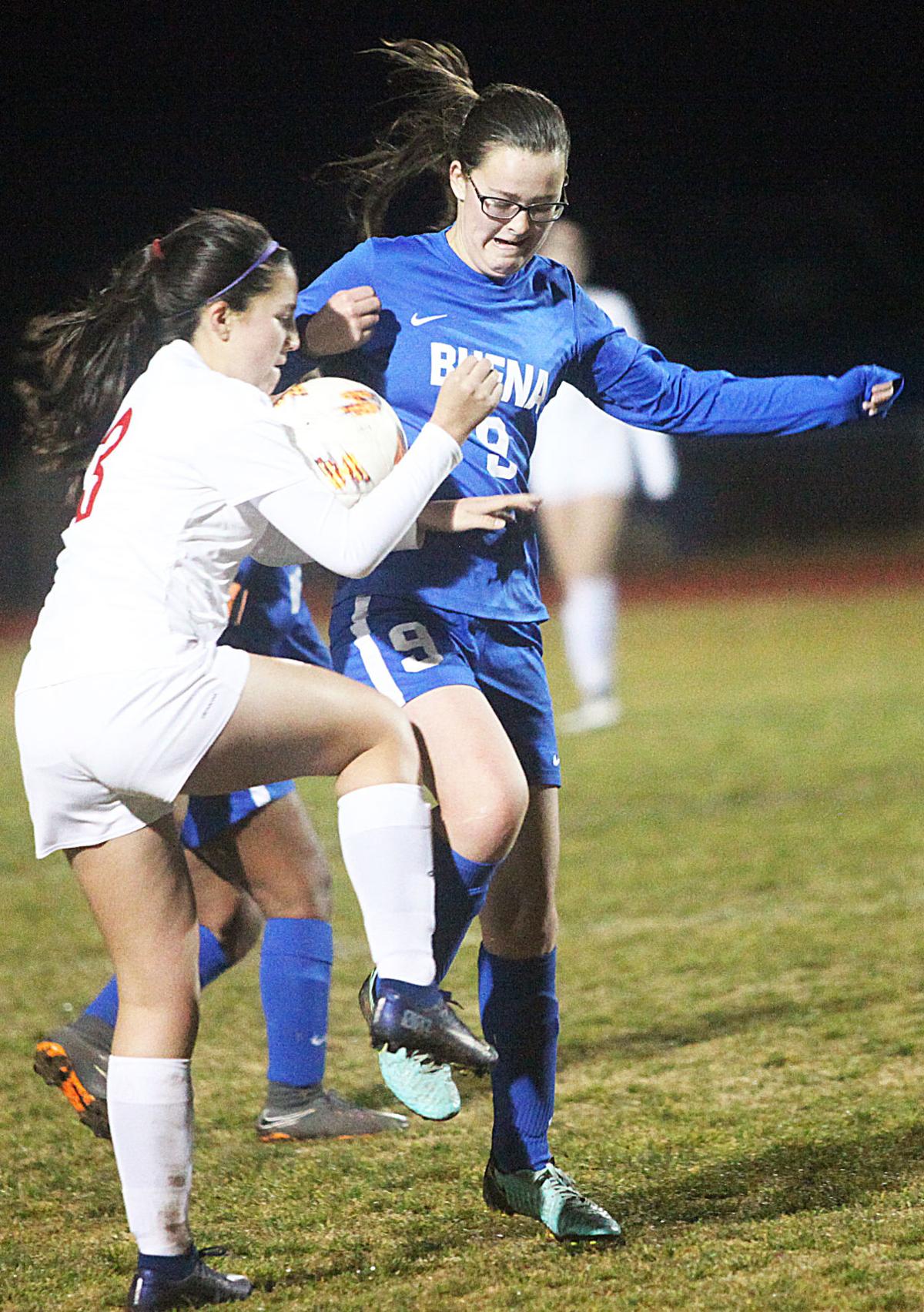 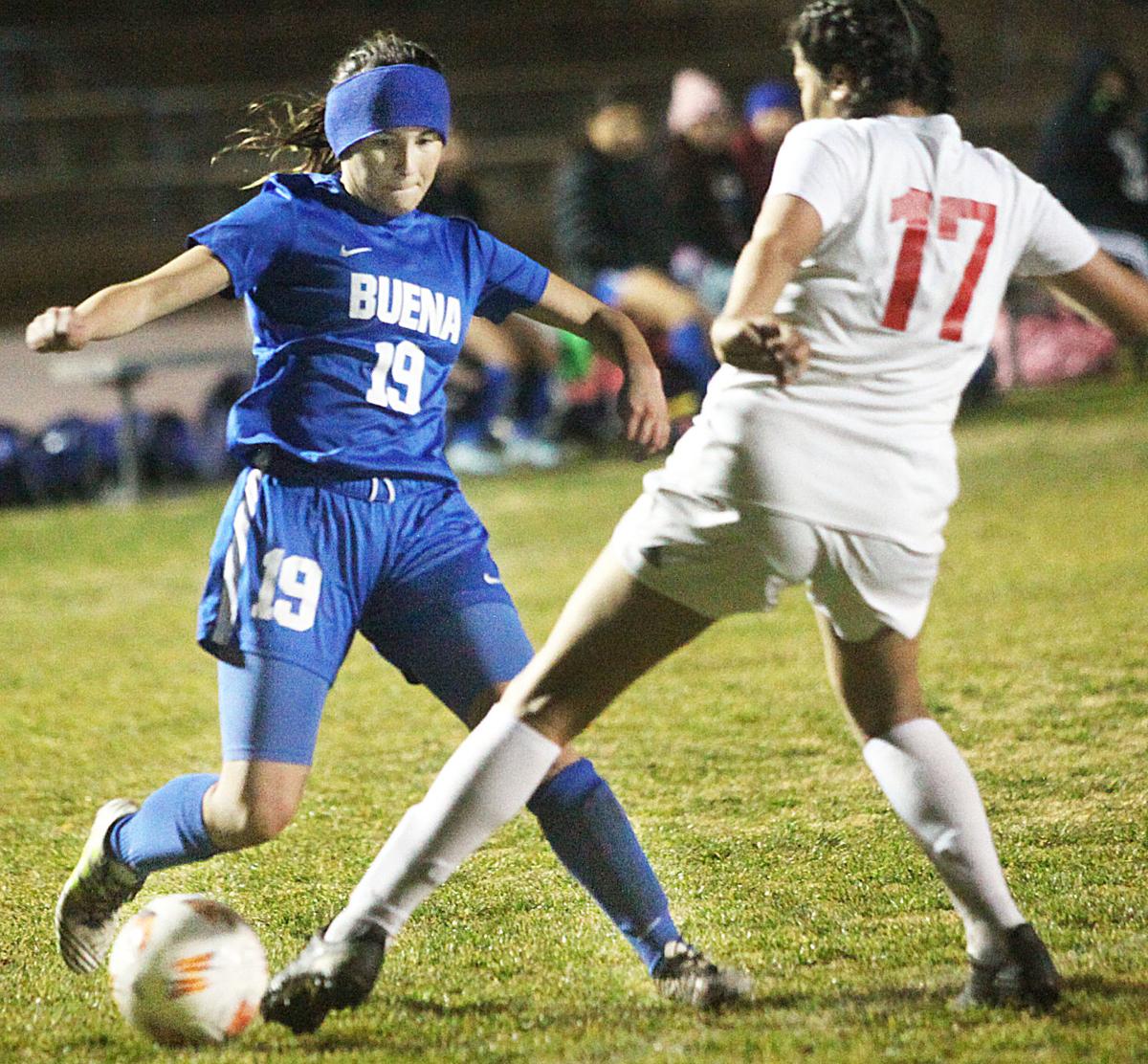 SIERRA VISTA — Buena High School’s girls soccer team picked up their first win of the season Thursday night with a 7-1 victory over Empire in Sierra Vista.

The Colts trotted to a three-goal lead in the first 40 minutes. Haley Delos Santos, who lead Buena in goals this season, scored the opening goal of the game. Senior Adriana Castro scored the second goal of the half and Delos Santos found the back of the net once again for Buena’s third goal and her second of the game.

Buena’s offense continued to dominate in the second half. Less than 30 seconds in, Buena scored on a scramble close to the Empire keeper to make the score 4-0 in favor of the home team. Five minutes later Gabriella Camacho scored her first goal of the season and extended Buena’s lead to five.

Empire broke Buena’s shutout attempt with 31:22 to play in the game to cut their deficit to 5-1.

Kailey Peters scored the Colts final two goals of the game, both from distance, to secure the win for her team.

Thursday’s win snapped a seven-game losing streak for the Colts, with four games remaining this season. Buena is back on the pitch on Tuesday when they travel to Rincon.