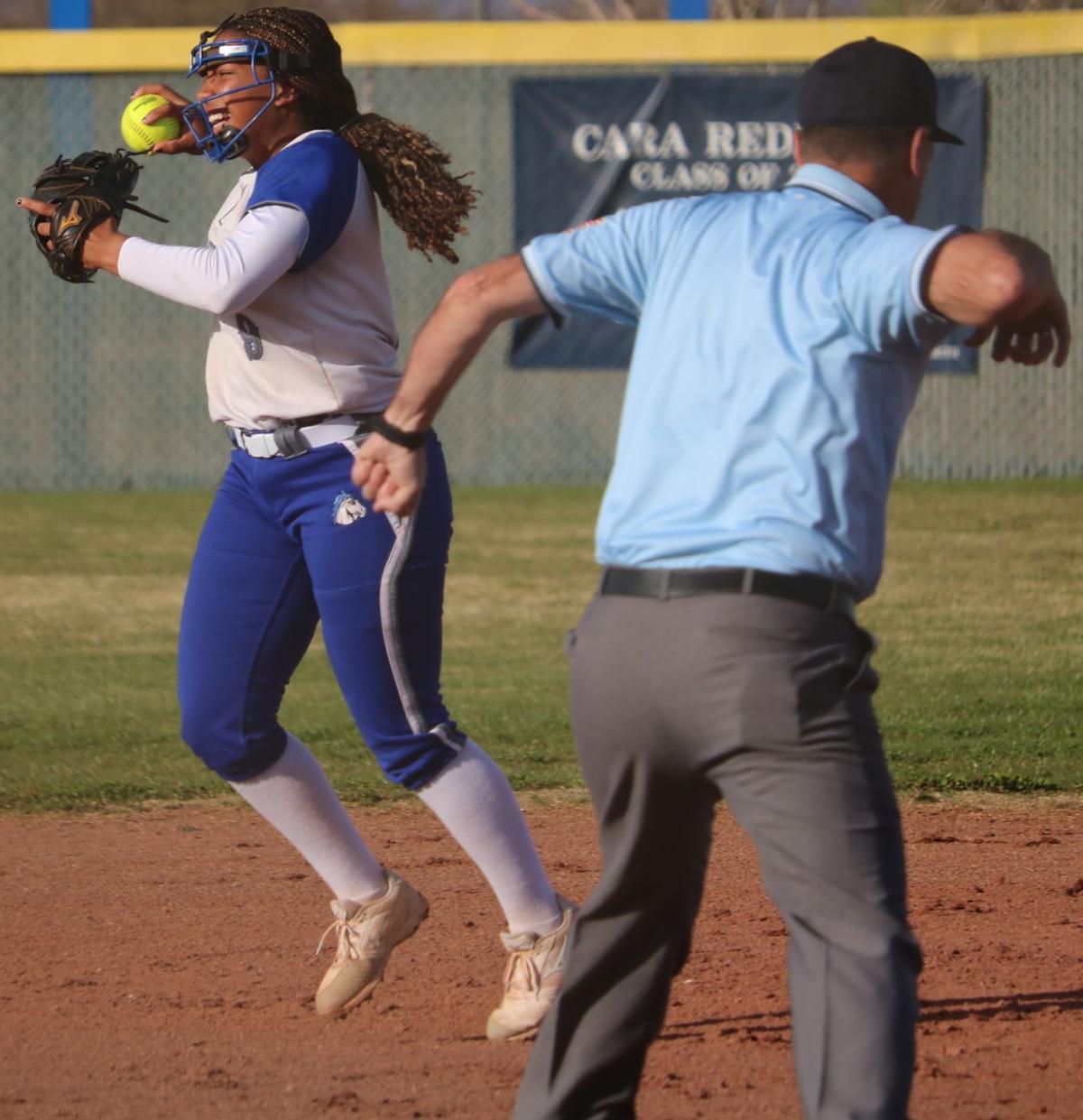 Mariah Cunningham gets under a deep fly ball for an out on Monday against Desert View.

Mariah Cunningham gets under a deep fly ball for an out on Monday against Desert View.

TUCSON — Buena softball rebounded from a tough loss on Monday with a win Tuesday night in Tucson.

1. The Colts defeated Flowing Wells on their home field 14-0 in five innings. They are now 2-1 through three games so far this season.

2. Buena scored in each of the five innings. They opened with four runs in the first inning to take control from the start. They added two runs in both the second and third innings. Buena’s bats didn’t rest as the brought five more runs across home plate in the fourth and one final run in the fifth.

3. Laura Scott-Winhold, Cheyenne Cunningham and Lauren Brown led Buena in hits with two each. Scott-Winhold scored the team’s first run of the game. Cunningham had 2 RBIs and a triple.

4. Brown hit her and the team’s first home run of the season Tuesday. She finished with 2 hits, 2 runs scored and 2 RBIs.

5. Sophia Griffith, a sophomore, picked up her first win of the season in the pitcher’s circle. She pitched the entire game and allowed 1 hit, no runs and struck out four Flowing Wells batters.

6. Head coach Mike Tomooka said his team played well and was happy the girls were able to rebound after a tough loss. “We did what we were supposed to do,” he said.

7. Buena returns to the diamond on Monday when they host region rival Cienega. First pitch is schedule for 4 p.m. in Sierra Vista.