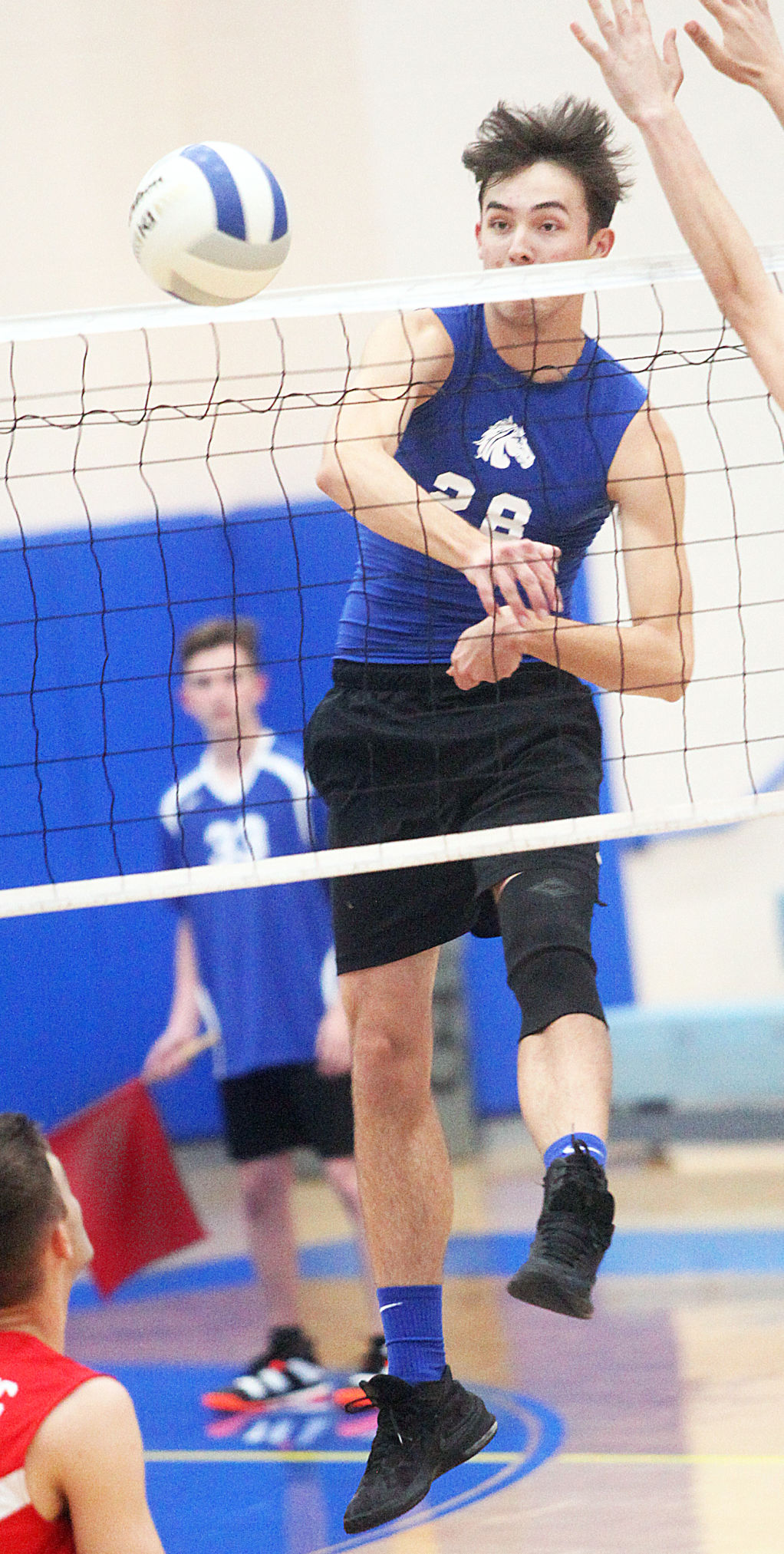 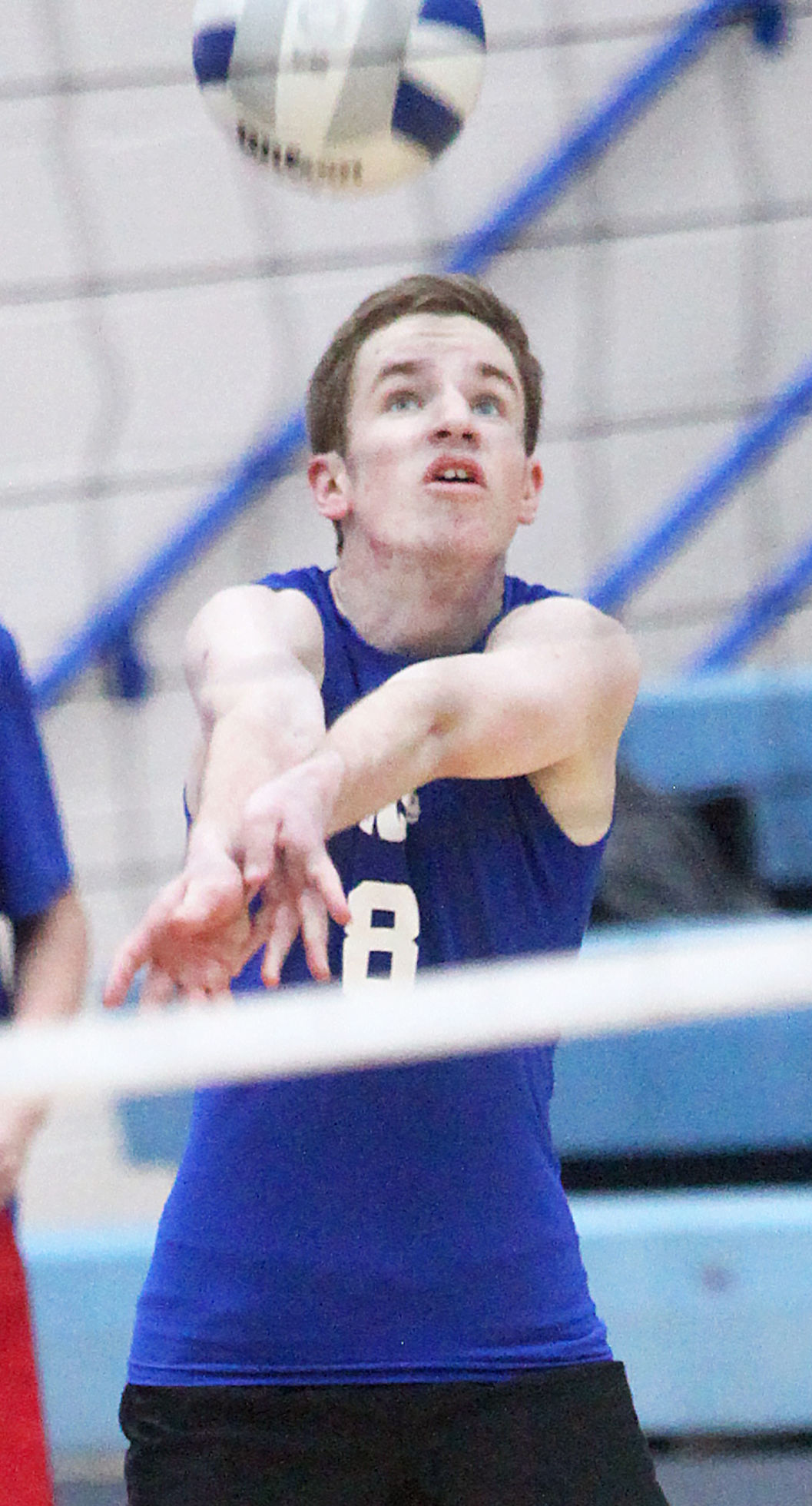 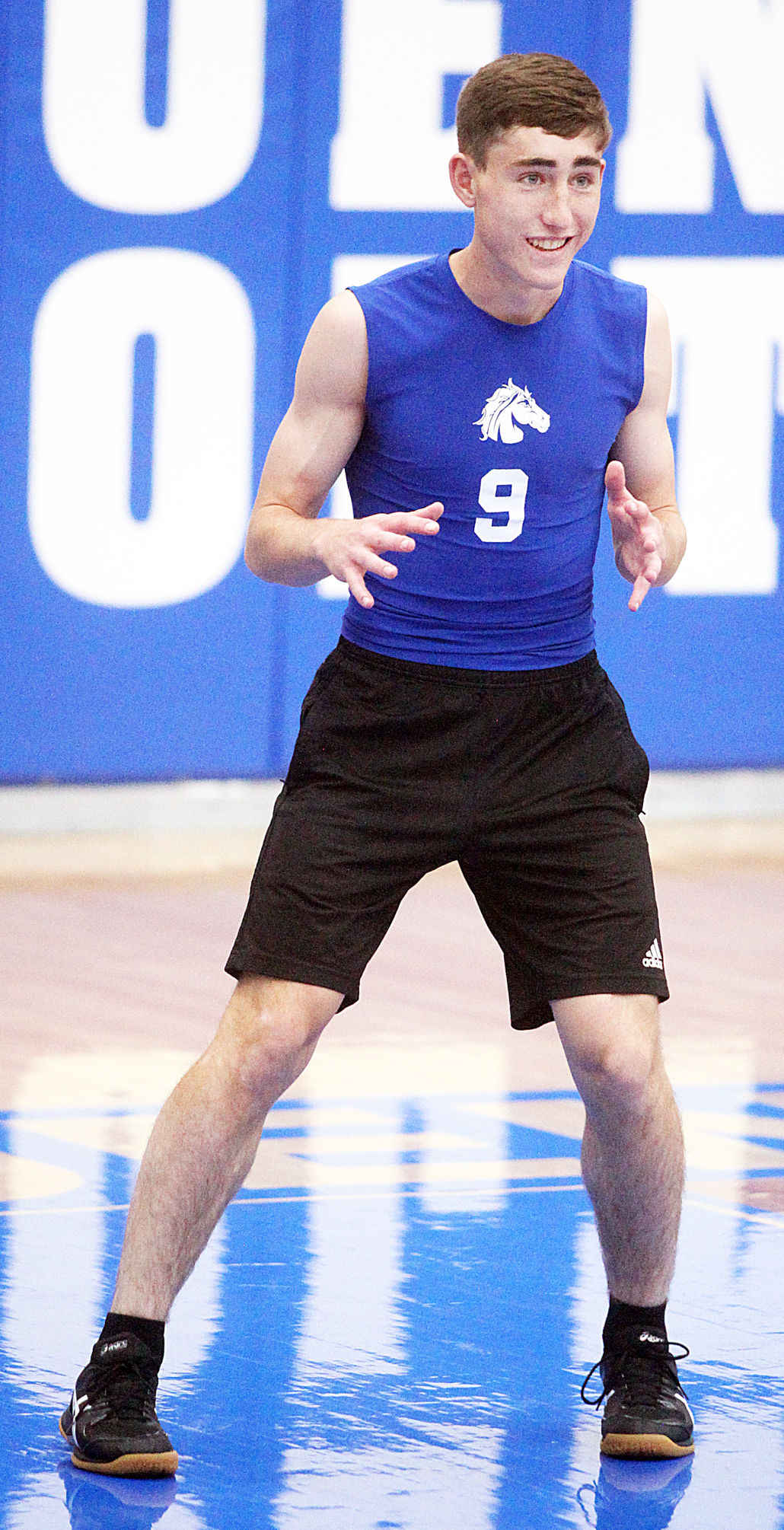 Levi Griffith communicates with teammates between serves Tuesday night in a home game against Sahuaro.

Levi Griffith communicates with teammates between serves Tuesday night in a home game against Sahuaro.

The Colts held leads in the first two sets but the Cougars battle back late in each of them before the Colts closed out the sets.

Buena dropped the first point of the opening set but used back-to-back aces to push ahead 3-1. Their two-point lead grew to six, 8-2, before the Colts turned the ball over to the Cougars on a service error. Buena forged past the mistake and maintained their dominance and led 16-9 late in the set causing a timeout.

Sahuaro found their rhythm out of the break a slowly cut into Buena’s lead. The Cougars pulled within two, 20-18, but the Colts quickly scored three consecutive points to take a 21-20 lead. Buena was able to close out the first set 25-22.

The teams exchanged points in the early stages of the second set. Ultimately it was Buena who strug together a series of points and go ahead 7-4. Buena built their lead to 11-6 before Sahuaro scored points of their own. The Cougars pulled within two and kept at that distance until they were able to tie the game 17-17. A serving error by the Colts late in the set made the score 21-20. Buena then scored four of the last six points to win the second set, 25-22.

The final set had a similar start as the one before it. Buena scored the first point but the teams exchanged points until Sahuaro scored three consecutive points to take a 14-11 lead. They bumped their advantage to five before the Colts scored seven straight points to go up 17-16. After a 17-17 tie, Buena surged and one the set by a score 25-22.

Buena was led offensively by Jonathan McGuyer and Wyatt Volgende, who each had three kills. Defensively the Colts were led by Brandon Beiswenger who had nine digs in the win.

The Colts are now 3-0, excluding tournament matches, and return to the court Wednesday when they travel to Sunnyside.