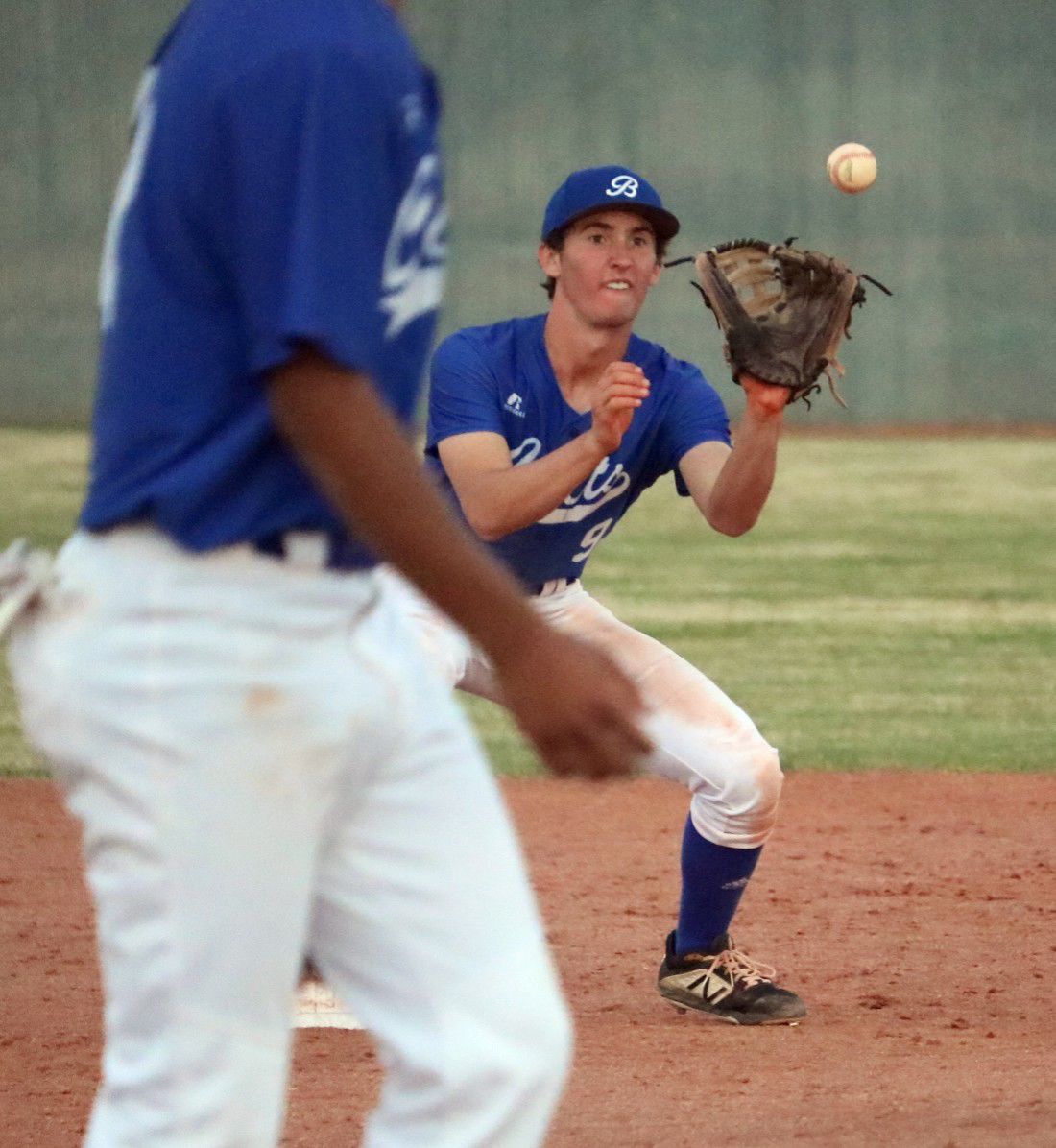 Luke Thrasher grabs a toss for a force out at second base during Buena's 11-4 win over Desert View. 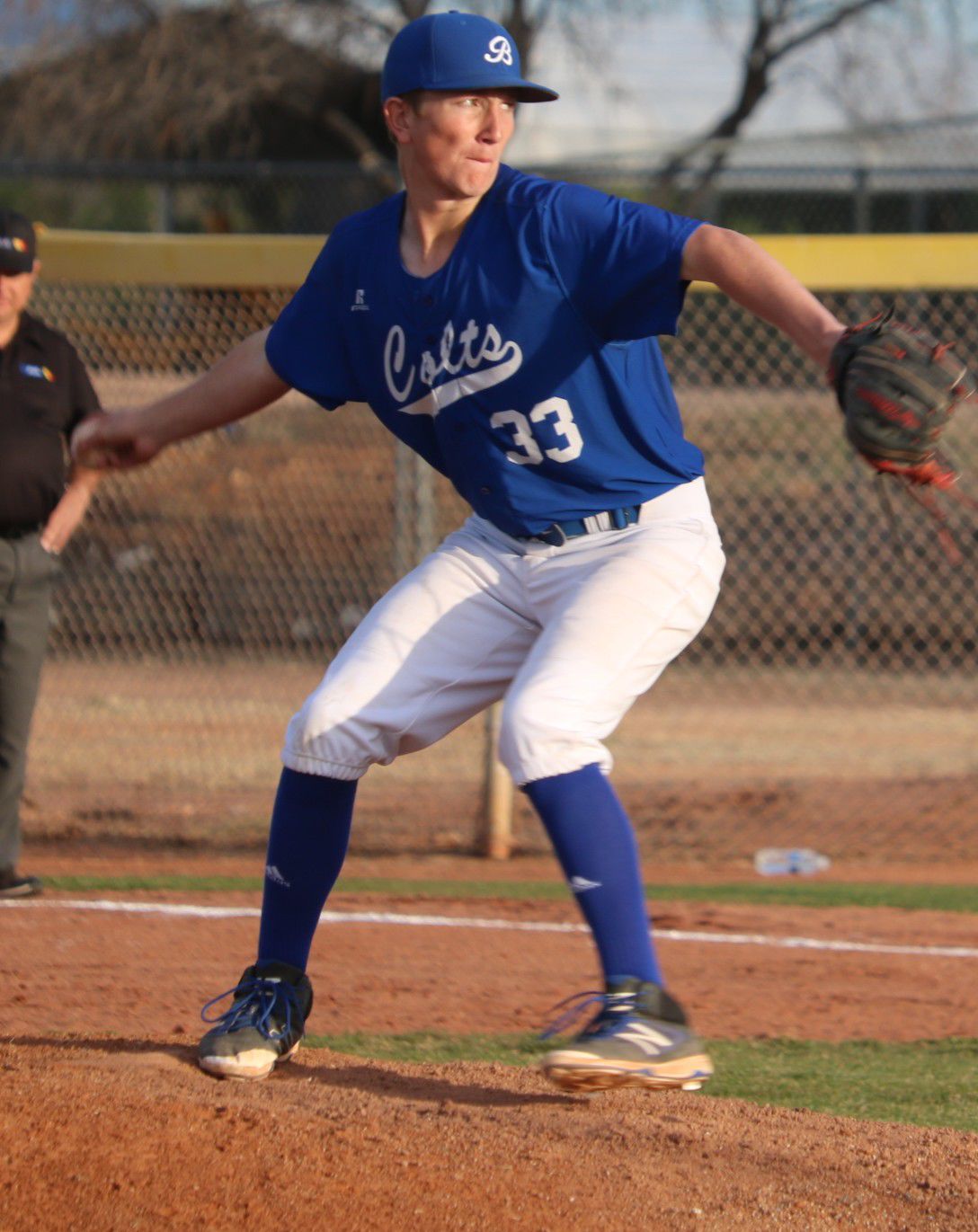 Luke Thrasher grabs a toss for a force out at second base during Buena's 11-4 win over Desert View.

Sam Pitts started on the mound for the Colts and picked up the win. In his three innings of work he allowed 6 hits, 3 earned runs and registered 4 strikeouts. Jovoni Borbon, Jacob Kale and Cezar Fernandez pitched the remainder of the seven innings.

Buena scored four runs in their half of the first inning to jump to a 4-1 lead early in the game. The Jaguars added two runs to their score by the end of the top of the third inning to cut the Colts lead to 4-3. Buena battled back in the bottom of the fifth with five runs to put the game out of reach. They tacked on two more runs in the bottom of the sixth off a single by Borbon with the bases loaded. Desert View had a chance to make a come back in the seventh but could only muster one more run.

Luke Thrasher and Austin Grimm led the Colts in hits with three a piece. Thrasher scored twice for Buena and Grimm had an RBI in the win. Fernandez had two hits, two runs scored and struck out the final Jaguar batter to end the game in the top of the seventh.

Friday’s win bumped Buena to 2-0 overall on the season. They return to the diamond on Tuesday when they host Flowing Wells. The Caballeros come to town with a 1-1 record. First pitch is scheduled for 4 p.m. at Buena High School.