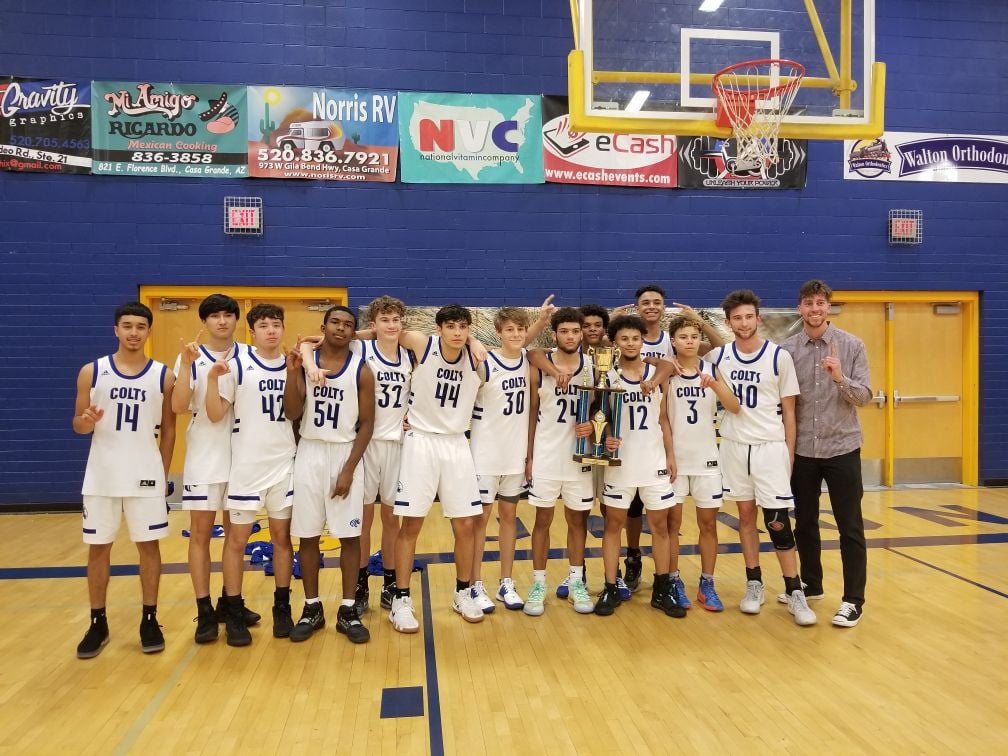 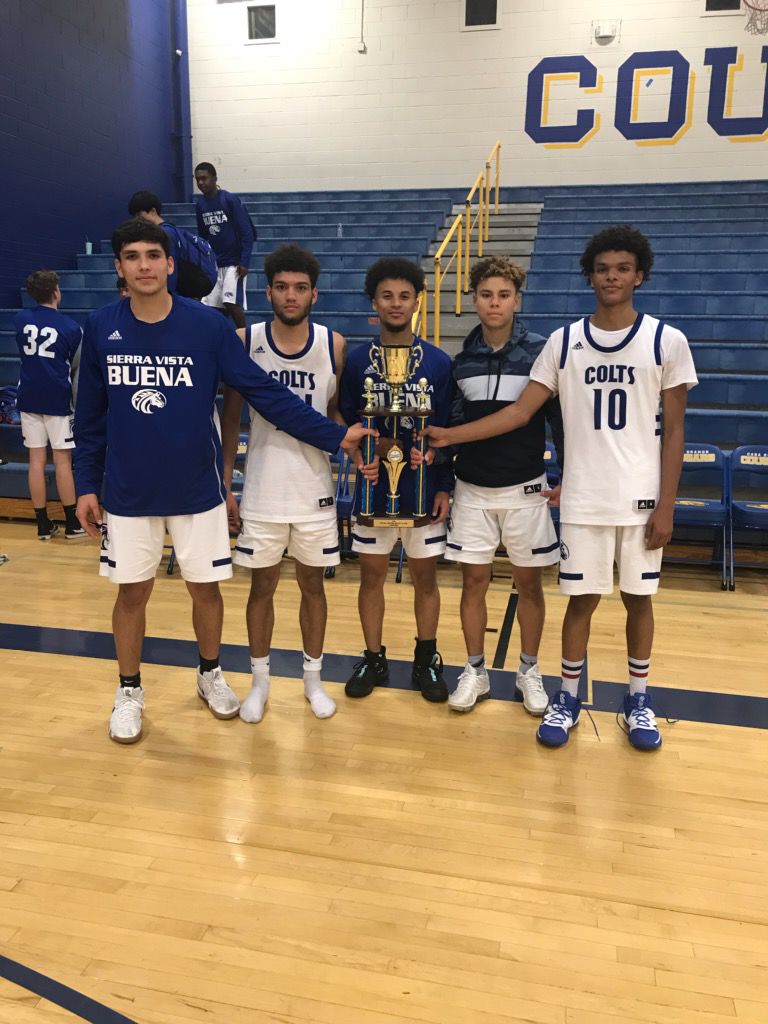 A late steal by Jovany Featherston and two free throws by Isaiah Baugh with 7 seconds left clinched the win against Marcos de Niza and a spot in the championship game. Featherston led Buena with 15 points, 10 of which came in the second half. Jaylen Mcfadden had eight points and nine rebounds. Christian Gouchie had six points and five rebounds.

Earlier Saturday Buena set a school defensive record by holding Apache Junction to nine points in a 58-9 victory with younger players playing most of the game. Sophomores Cooper Jones and Wyatt Gordon led Buena with 15 and 12 points respectively. Gordon was 4-of-4 from three and Jones was 3-of-5. Justin Davis had seven points and six rebounds while Jake Smith finished with six points and four rebounds.

Seniors Jovany Featherston and Jaylen McFadden were recognized as All Tournament players for their efforts, said coach David Glasgow.

Undefeated through the tournament, Buena’s scores were:

“This is the third year for the tournament, and the first year that Buena has participated,” Glasgow said. “It was a really good team effort. Everybody contributed.”

“In that game, it was was almost exclusively our young players, and they did a great job,” he said.

Assistant Coach Garrett Jackson was with Glasgow at the tournament.

“Garrett is a former Buena and Cochise College player. Having one of our former players come back and help coach the team was special,” Glasgow said.

All basketball teams are allowed to participate in two tournaments during the season, according to the AIA (Arizona Interscholastic Athletic Association) rules.

“We played in our own tournament, the SSVEC (Sulphur Springs Valley Electric Cooperative) Classic earlier in the season, so this was our second tournament.”

Despite being “significantly impacted by injuries” earlier in the year, the team has done very well this season, Glasgow said.

“We’re hoping that our best basketball is ahead of us. Our goal is to make a run at the regional championship and advancing to the playoffs in mid-February.”

Buena has won nine games in a row, is 14-2 on the season including tournament games, and travels to Marana Mountain View on Jan. 7 before opening region play at Cienega on Jan. 9.