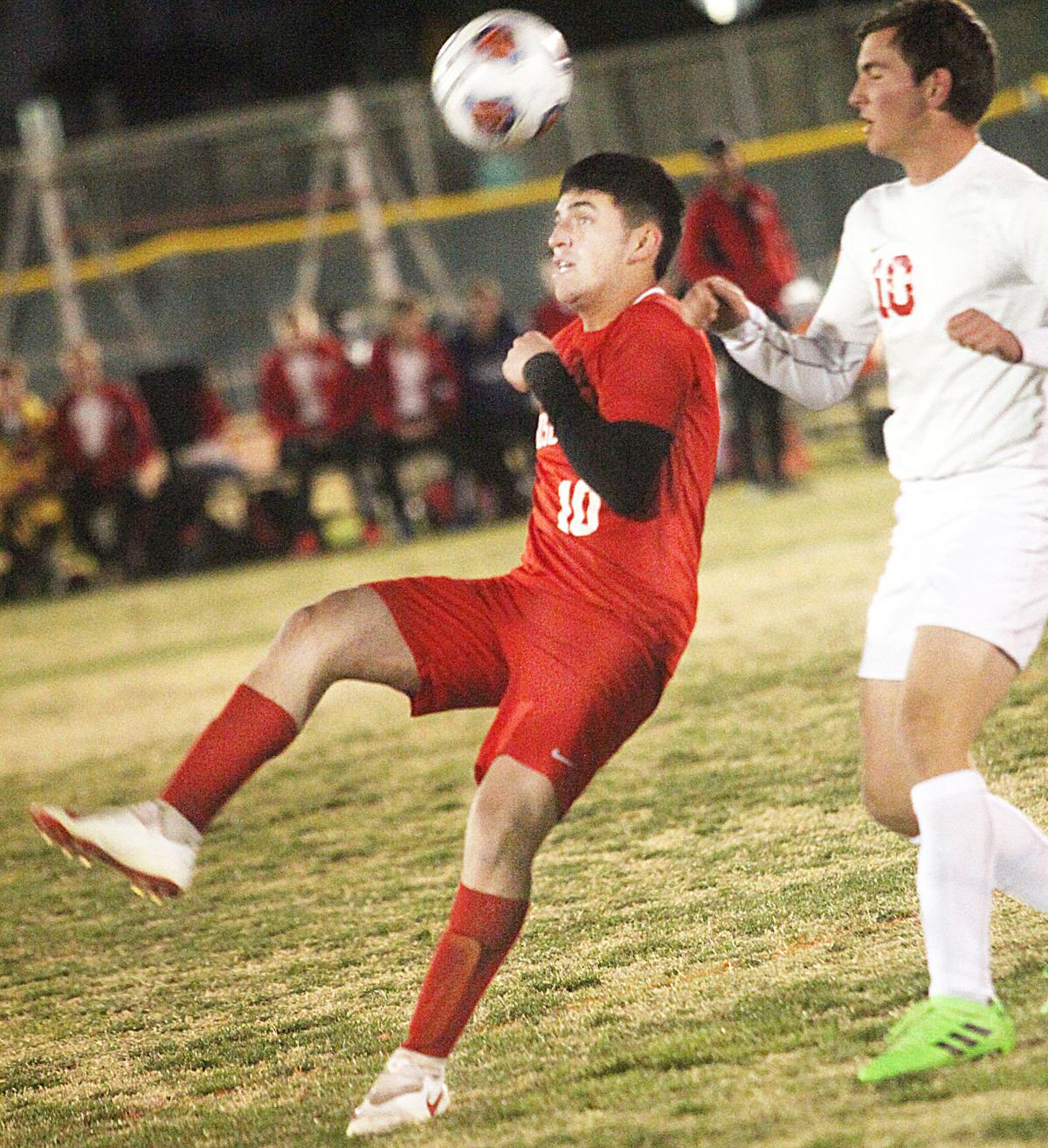 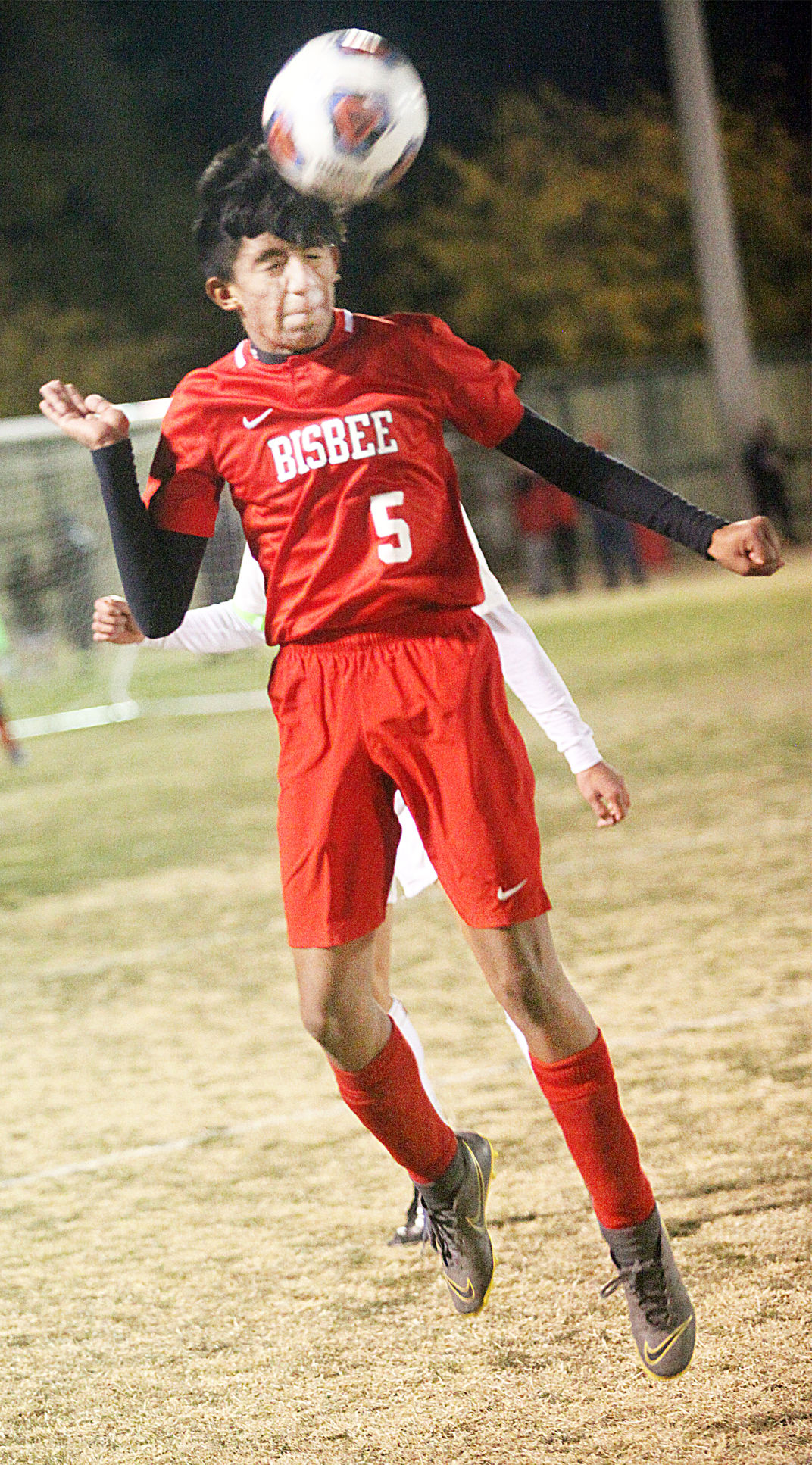 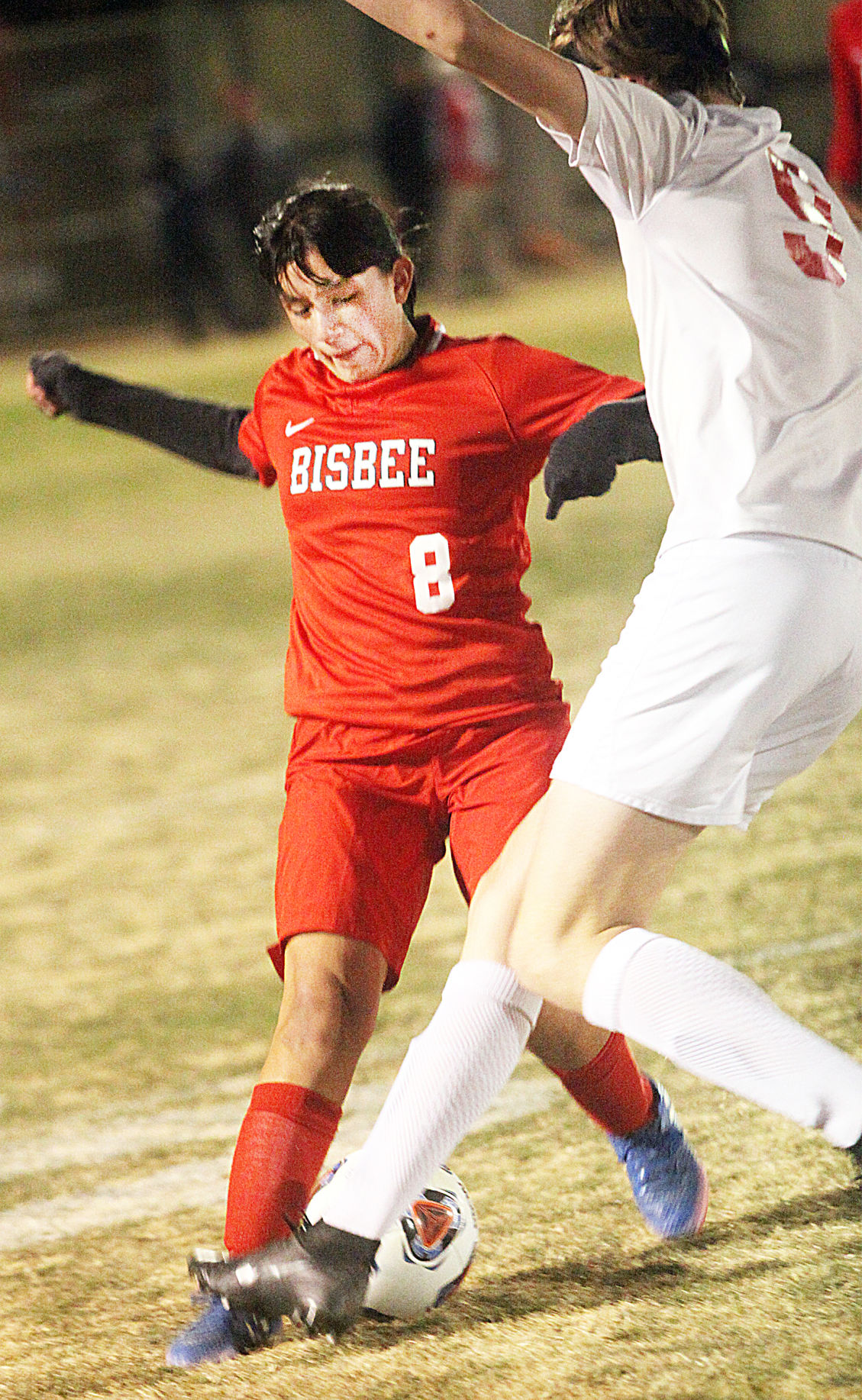 BISBEE — As the temperatures dropped, the Bisbee offense warmed up Wednesday night, propelling the Pumas to a 7-2 victory over St. Johns in the 2A soccer quarterfinals at Warren Ballpark.

The come-from-behind win advances the No. 4 Pumas to the state semifinals on Friday in Gilbert. Bisbee will play the No.1 Blue Ridge Yellowjackets at Williams Field High School at 1 p.m. Neither team has lost a ranked game all season.

“It’s exciting,” Pumas head coach Mark Flores said after the match. “It’s motivating for all of us.”

St. Johns traveled more than eight hours for the night time match and were first to score after a short pass off the corner was dribbled in and a hard shot on the ground went opposite of Bisbee keeper Mark Flores for the game’s first goal. That didn’t last long, as Luis Morales scored with 24:21 left in the first half with a shot on the ground.

Bisbee’s offense took off in the second half as they exploded for six unanswered goals to secure their spot in the semifinals. St. Johns broke the tie less than four minutes into the new half.

The Redskins capitalized on Bisbee’s lack of clearing the ball out of the box after a St. Johns corner.

Six minutes later, Zergyo Adame was awarded a free kick after a penalty was called against St. Johns.

His initial kick hit the wall in front of him, but the Pumas’ rebound shot caught the keeper off guard to tie the game 2-2.

Morales quickly put together a hat trick with the Pumas’ next three goals.

Coach Flores said Blue Ridge has defeated their opponents by an average of nine points.

Blue Ridge defeated Willcox Wednesday 8-0 to advance to the semifinals.

If the Pumas win Friday afternoon they will play in the championship game on Saturday afternoon.