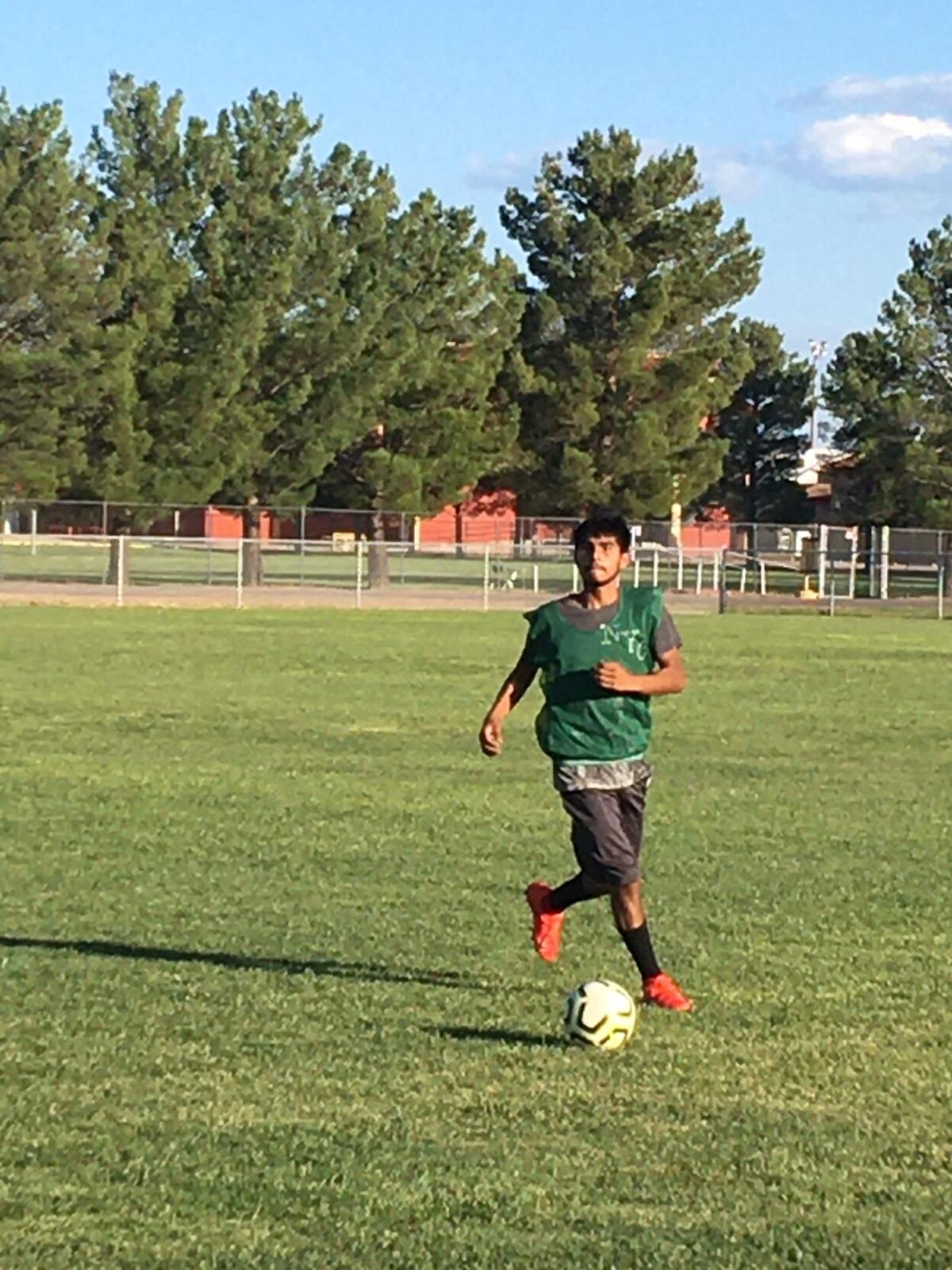 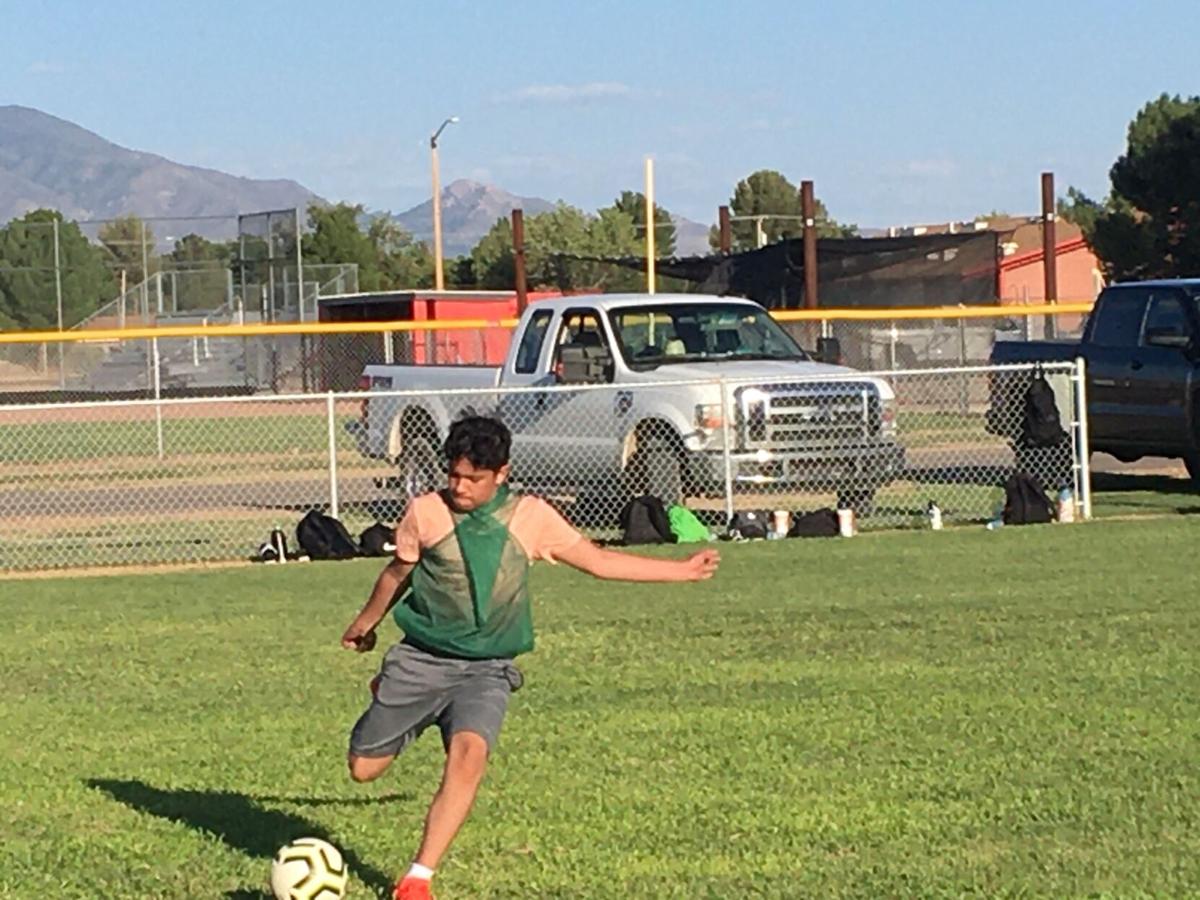 Gabriel Alonso is a promising WIllcox soccer freshman who centered the ball near goal during pre-season scrimmage Thursday.

Gabriel Alonso is a promising WIllcox soccer freshman who centered the ball near goal during pre-season scrimmage Thursday.

WILLCOX — A very successful varsity soccer program that is a two-time defending region champion and a finisher at the top of the region five of the past six years is about to go through a big transition.

Can a new head coach take Willcox soccer even higher after losing three all-region first team players and it’s top returning offensive player against the most brutal regular season schedule they have ever seen?

“I’m not scared of nobody, it’s 11 versus 11,” new head coach Juan Rodriguez said. “I told the kids if you come and practice everyday and try to learn, we can do good stuff here.”

Rodriguez has never coached teenagers at an organized level, nor with a school team, although he has coached youth soccer and coached adults in his Winchester Heights neighborhood north of Willcox.

“I took it as a challenge and I’m here for that challenge and to take these kids as far as I can because I want to do a good program,” he said.

“I had to change their mentality,” coach Juan Rodriguez said. “They had the mentality that because they are good they don’t have to come to practice. I told them not with me. If they don’t come to practice, I don’t care if you’re good, you’re on the bench. I need to have a program here.”

The team is co-ed and female contributors with experience include junior Beyonce Felix, sophomores Dayana Lara and Esmeralda Avila.

“I’m here for a purpose,” the coach said. “I cannot make miracles in one year, but if I can get all these people who come here to practice, maybe next year I can have a really good team.”

He admits they can be pretty good this year, too, but their extremely difficult schedule stands in the way. It begins Sept. 19, with a season-opening visit from last year’s number-one ranked defending state champion, Blue Ridge, who beat Willcox 8-0 in the first round of the playoffs last season. Third-ranked Camp Verde is on the schedule later, while fourth-ranked Bisbee will be seen twice if the Pumas are permitted to have a season. Region stalwarts Benson and Tucson’s Desert Christian are expected to be stiff competition, too, on the daunting 11-game schedule.

“Now I get to go and find out, because I don’t know who they are,” Rodriguez said. “I’ve been coaching for 15 years. Maybe not in school, but outside with grown-ups and kids. I’ve done everything in soccer. I know a lot about the beginning skills and I know you need to start from the bottom. Even though they say they played last year, I start everybody from the bottom.”