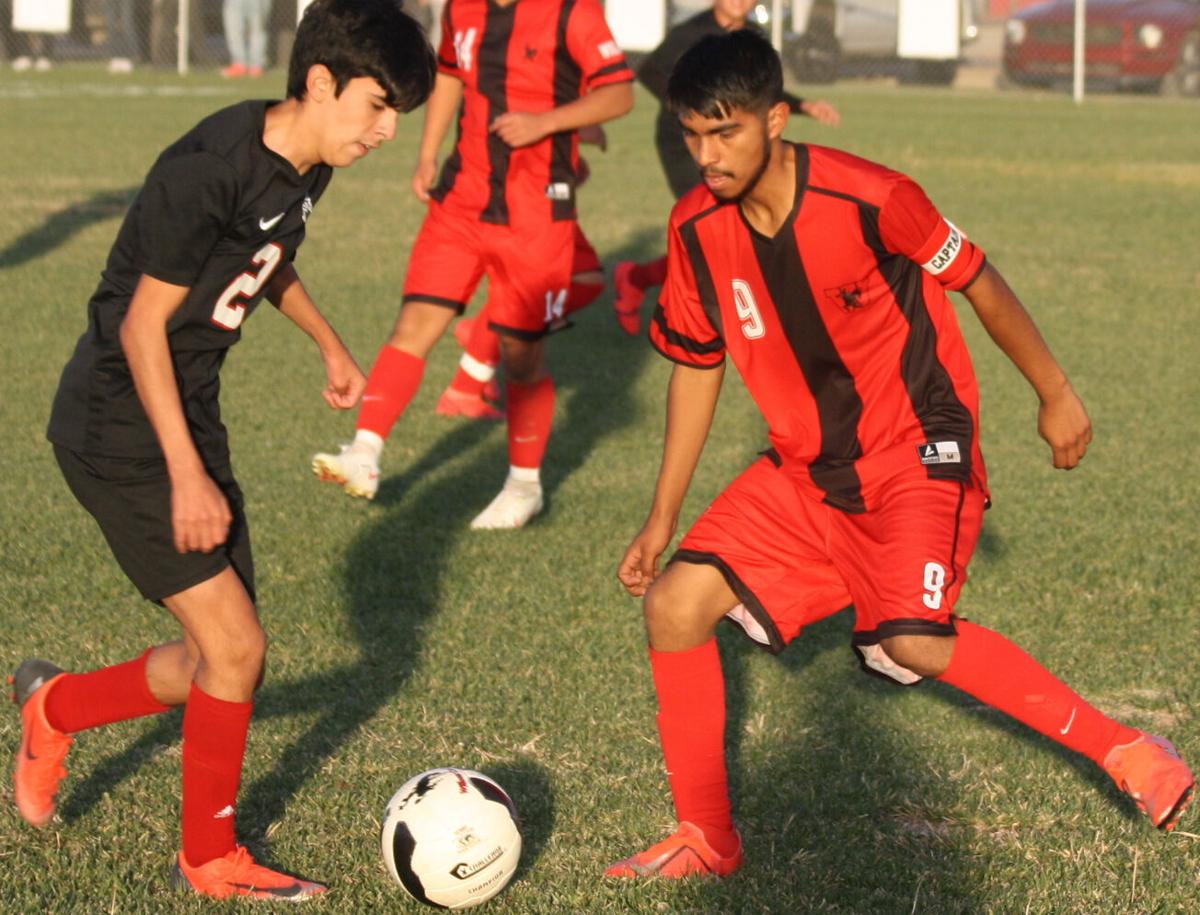 Top defender Victor Marquez will be the senior that’s toughest to replace for the 7-3 Willcox soccer varsity. 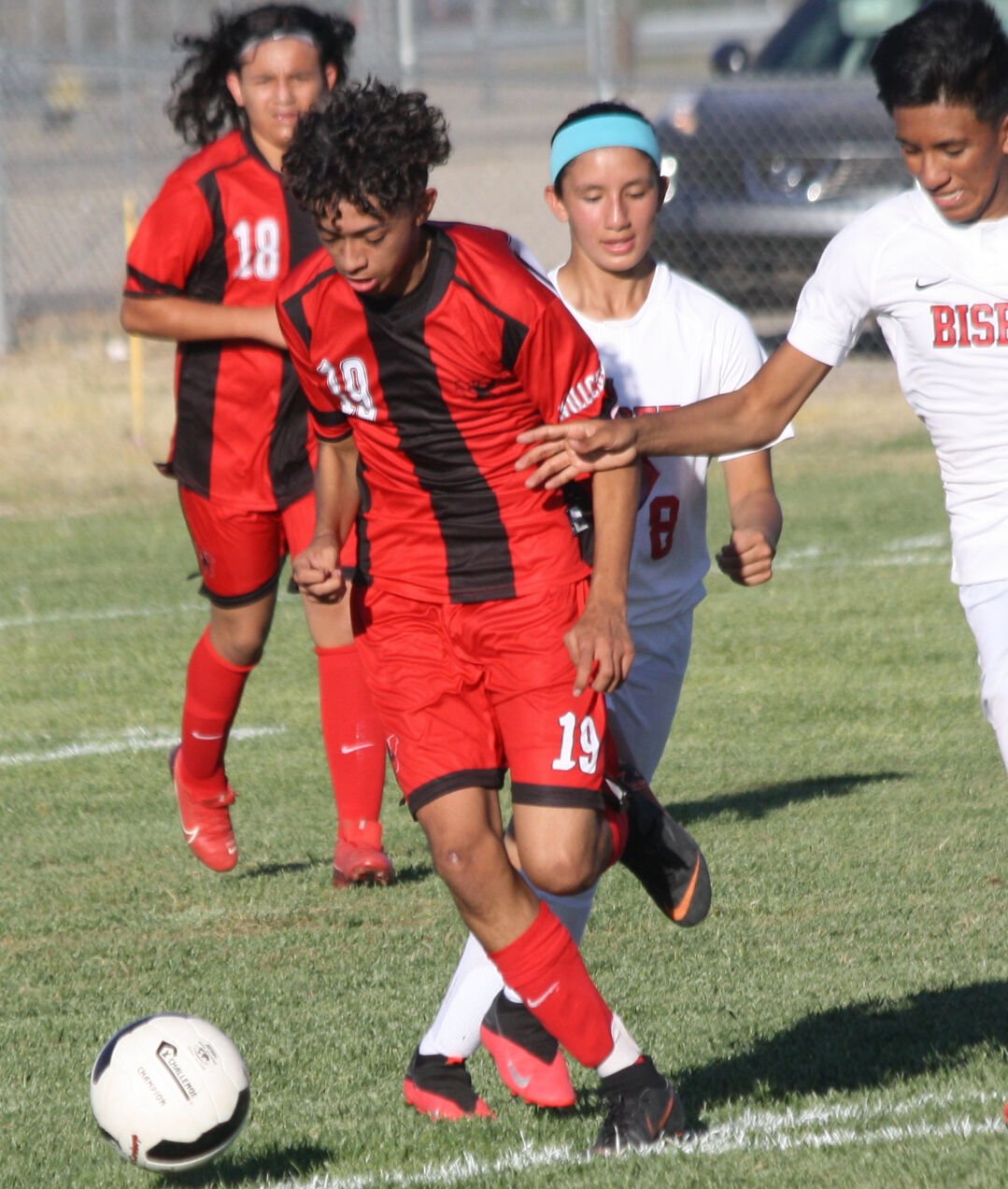 Francisco “Chito” Felix was the top passer for Willcox, helping assist Brian Magana to four goals and getting one of his own in the Cowboys' final game on Friday.

Top defender Victor Marquez will be the senior that’s toughest to replace for the 7-3 Willcox soccer varsity.

Francisco “Chito” Felix was the top passer for Willcox, helping assist Brian Magana to four goals and getting one of his own in the Cowboys' final game on Friday.

A top senior and top junior on the Willcox varsity soccer team gave the Cowboys every opportunity to make the playoffs before they were denied at the end.

Willcox finished as the No. 9 team in the 2A power ranking system that sends the top eight to state. The Cowboys tied Bisbee for first in the region in a system that breaks ties by who you avoid losing to.

“It is unfair but at the same time we had games where we didn’t wake up and play hard enough when we had a grip on our own fate,” he said.

The Cowboys lost to No. 2 Blue Ridge and No. 5 Camp Verde while splitting the season series with seventh-ranked region foe Bisbee.

“We faced tougher opponents and lost to them while Bisbee didn’t face anybody tough but us and that counted against us,” head coach Juan Rodriguez said.

Willcox was 7-3 overall while Bisbee was 8-1 against only South region opponents. The tiebreaker was the overall record, no matter what the strength of the opponents.

“They should have given us a tiebreaker game against Bisbee and then I would be more comfortable with this system. That seems more fair to me,” Rodriguez said.

Marquez may not have another high school game in his future, but he’s hoping for a chance at a college career.

“I’ve been getting messages and emails about colleges for soccer,” Marquez said. “I would really enjoy the opportunity.”

Despite being a back-line starter, Marquez enjoyed scoring his one goal of the season in the Cowboys’ 6-1 season finale victory against St. Augustine on Friday.

“I was pretty shocked to get a goal,” he said. “I wasn’t expecting it but it was pretty cool.”

Marquez lofted a long free kick toward his teammates near the opponents’ goal and the keeper tried to grab it ahead of the Willcox forwards but it slipped through his fingers and into the net.

His work in Willcox’s back field is what impresses his coach.

“I think he has to be one of the best defenders in the league,” Rodriguez said. “There’s nobody else like him. He’s fast, covers a lot of field and helps everyone around him.”

Francisco Felix also had a goal in the final game against St Augustine as well as a score in a previous 3-1 victory over Benson to help the team finish with a 7-1 record in region play.

He’ll get another shot next year when the squad, according to Rodriguez, should have a good chance.

“We have a young team and for sure we’ll be a way better team than today,” the coach said.

“Francisco is really good and really fast,” he added. “He’s learning still but he did really good this year. I’m glad I’m going to have him back.”

That’s if he can tear him away from his summer job with his dad in Phoenix or the other job at McDonald’s in Willcox.

“I went to Raymond S. Kelis High in Glendale with 2,000 people as a freshman and you had to try out against 95 people just going out for JV,” Felix said. “So at first I didn’t want to play and skipped for a whole year. When I moved to Willcox my family said you have to play, you’re good, and I said I don’t want to play. I just want to work and make money.”

His mom stepped in and said he could work in the off season.

“I’m glad I joined soccer again,” Felix said. “I like involving my teammates and I want everyone to have a chance to score a goal or do something big or make a big play.”

His teammate on the other end, Marquez, also enjoyed seeing his teammates do well.

“I think it ended well as we had some players step up for disqualified players this final week,” Marquez said. “I’m really proud of those who stepped up and did really well in those positions.”

He knows a little about stepping up as he was a surprise from the start of his Willcox career.

“I was told in practice that as a freshman I would never be a starter that season, but I never gave up and by the second game I was already a starter and stayed as a starter since then,” he said. “Some of my best memories were the bus rides. Long trips with my friends, singing, some dancing, a wonderful time.”