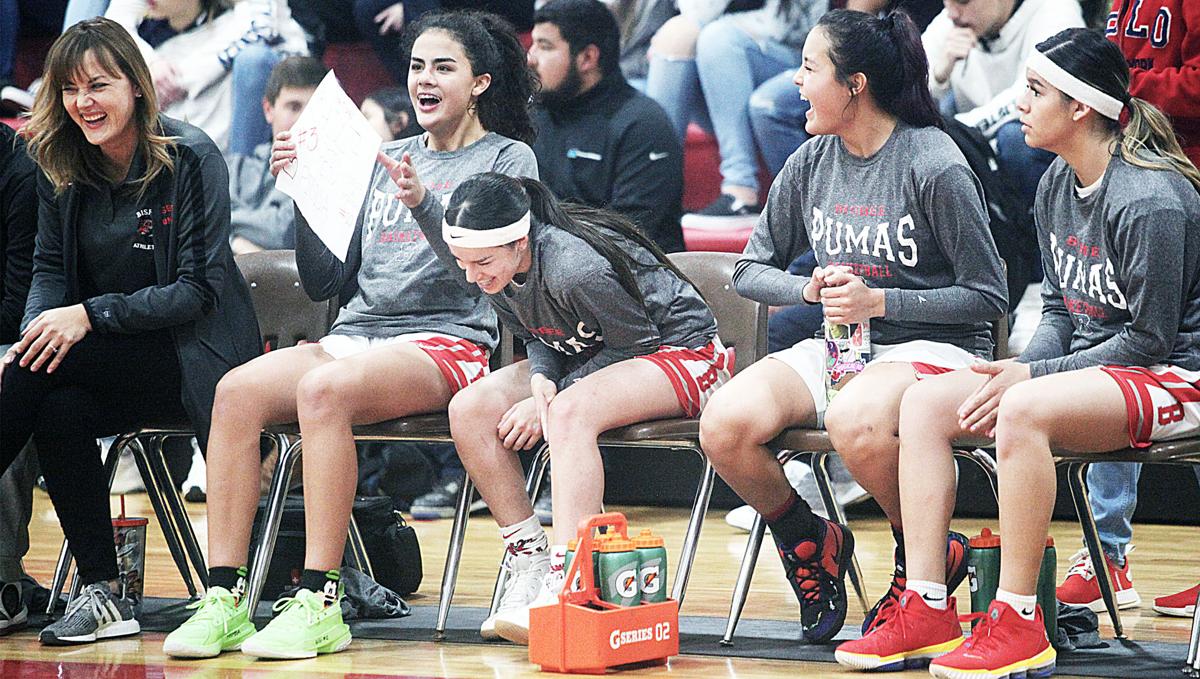 The Bisbee bench is all smiles as Thursday’s final game of the season wraps up. 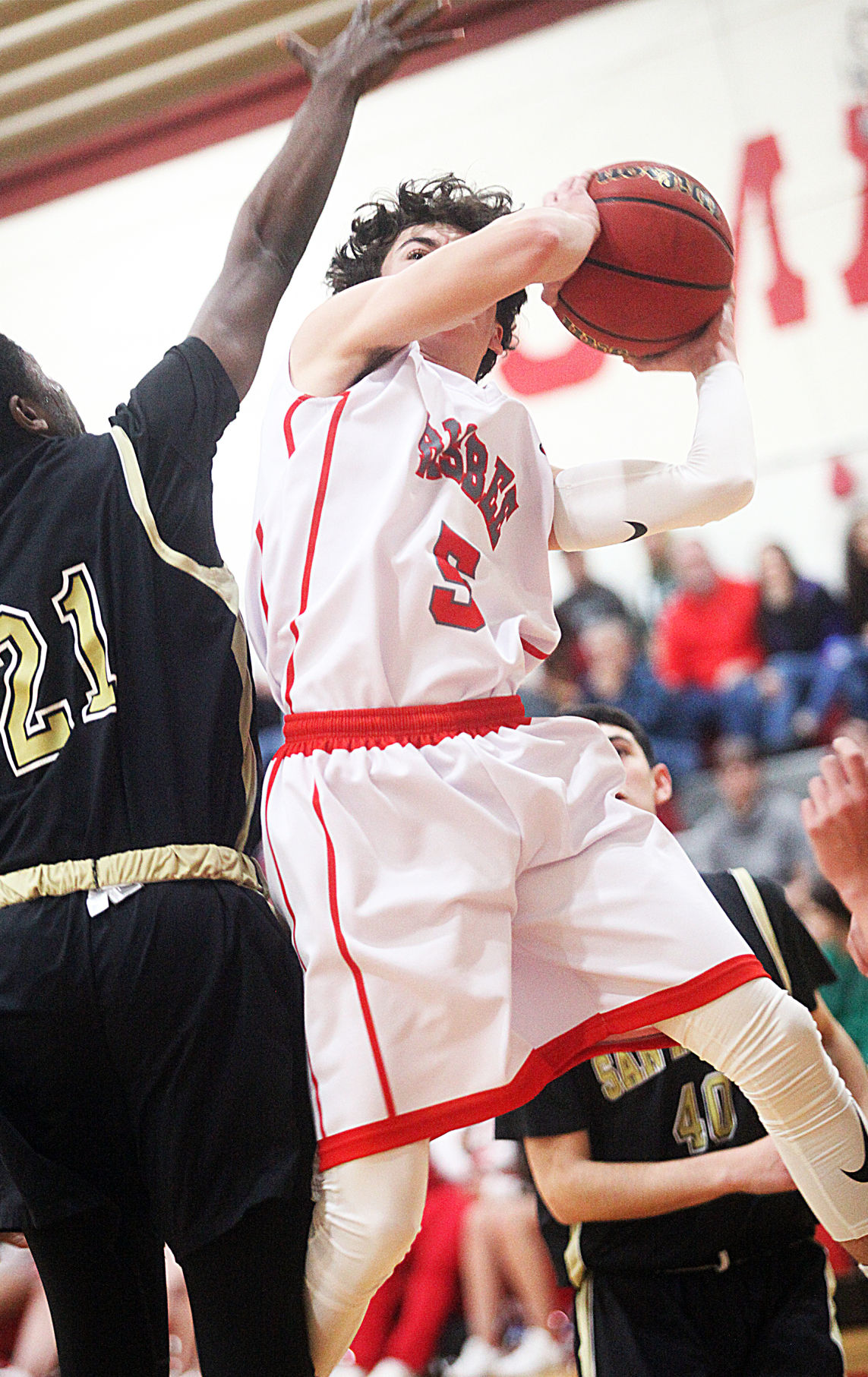 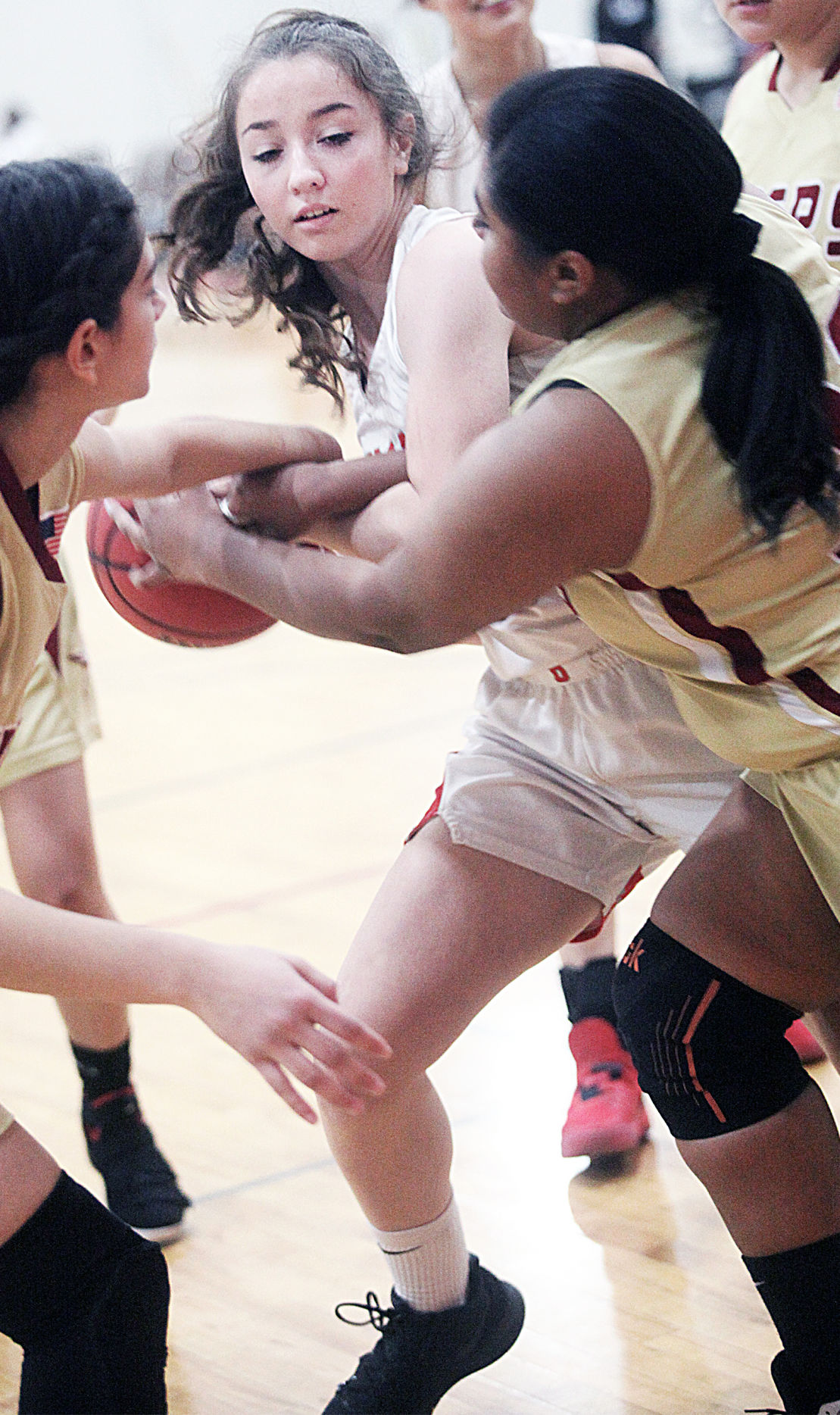 Puma Brynn Lumpkin, junior, is tied up during yesterday’s game versus San Miguel. 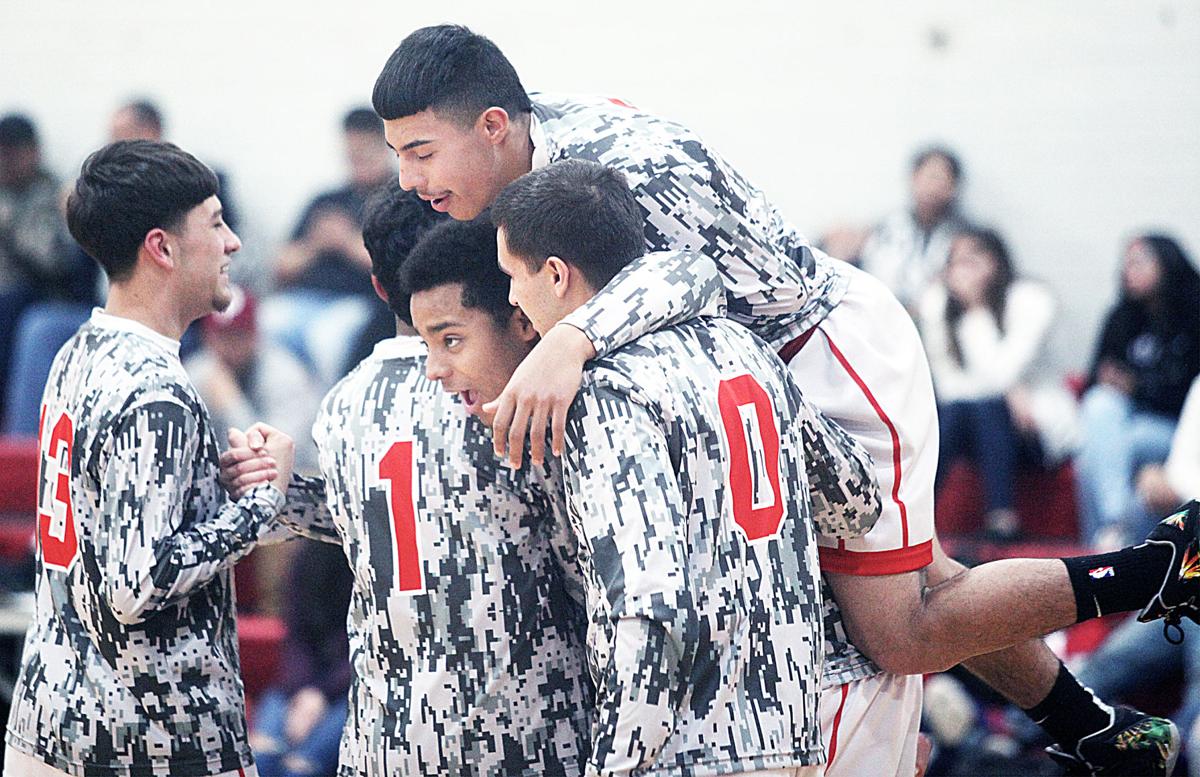 The Bisbee team shows spirit as Thursday’s home game is about to commence.

Bisbee’s Yasmin Morales, junior, goes in for a lay-up against San Miguel.

The Bisbee bench is all smiles as Thursday’s final game of the season wraps up.

Puma Brynn Lumpkin, junior, is tied up during yesterday’s game versus San Miguel.

The Bisbee team shows spirit as Thursday’s home game is about to commence.

Bisbee’s Yasmin Morales, junior, goes in for a lay-up against San Miguel.

BISBEE — The Bisbee High School basketball teams enter the postseason on a high note after cruising past San Miguel Thursday night at home.

Bisbee’s girls earned their 16th win of the season with a dominant 81-8 victory over the Vipers. The boys concluded the double header with a 63-44 win.

The girls used their press defense to force steals and score quick buckets early in the game to take an early lead that they only built upon. Bisbee lead 23-0 until San Miguel scored their first two points from the free throw line with just under two minutes to play in the opening frame. The Pumas held a convincing 28-4 lead into the second quarter.

Bisbee’s offense kept rolling and stormed past San Miguel as they scored 37 points, while holding San Miguel without a point in the second quarter to lead 65-4 at halftime. The Pumas defense was too tough for the Vipers to break through.

Bisbee held San Miguel to two points in the final two quarters, with every dressed player seeing game time for the home team. Gabby Lopez led the Pumas with 25 points, while the Pumas lone senior Alani Chapman finished second on the team in scoring with 14 points. Yasmin Morales added 12 points in the win. Lopez, in her freshman season, hit the 500 points scored mark on Thursday. She will continue to add to her total this postseason.

Bisbee finishes the 2019-2020 regular season with a 16-1 overall record and will host their region tournament game Wednesday at 6 p.m. Win or lose the tournament the Pumas will be in the 2A state playoffs which begin in two weeks.

The Bisbee boys picked off where the girls had left off. They jumped out to a 15-0 lead, holding San Miguel without a bucket until 2:50 left in the opening eight minutes. The Pumas led 22-6 after the first.

Bisbee’s offense couldn’t be stopped despite San Miguel’s best efforts. David Ballesteros scored 15 of his team-leading 26 points in the first half. Bisbee lead 31-14 at the break. The Vipers pulled within 10 late in the third quarter but a surge by the Pumas bumped their lead to 47-33 heading into the final quarter.

Bisbee finishes the season with a 9-9 overall record and must win the region tournament to earn a spot in the state playoff. The Pumas will host their first game of the tournament on Tuesday at 6 p.m. Their opponent will be announced this weekend.