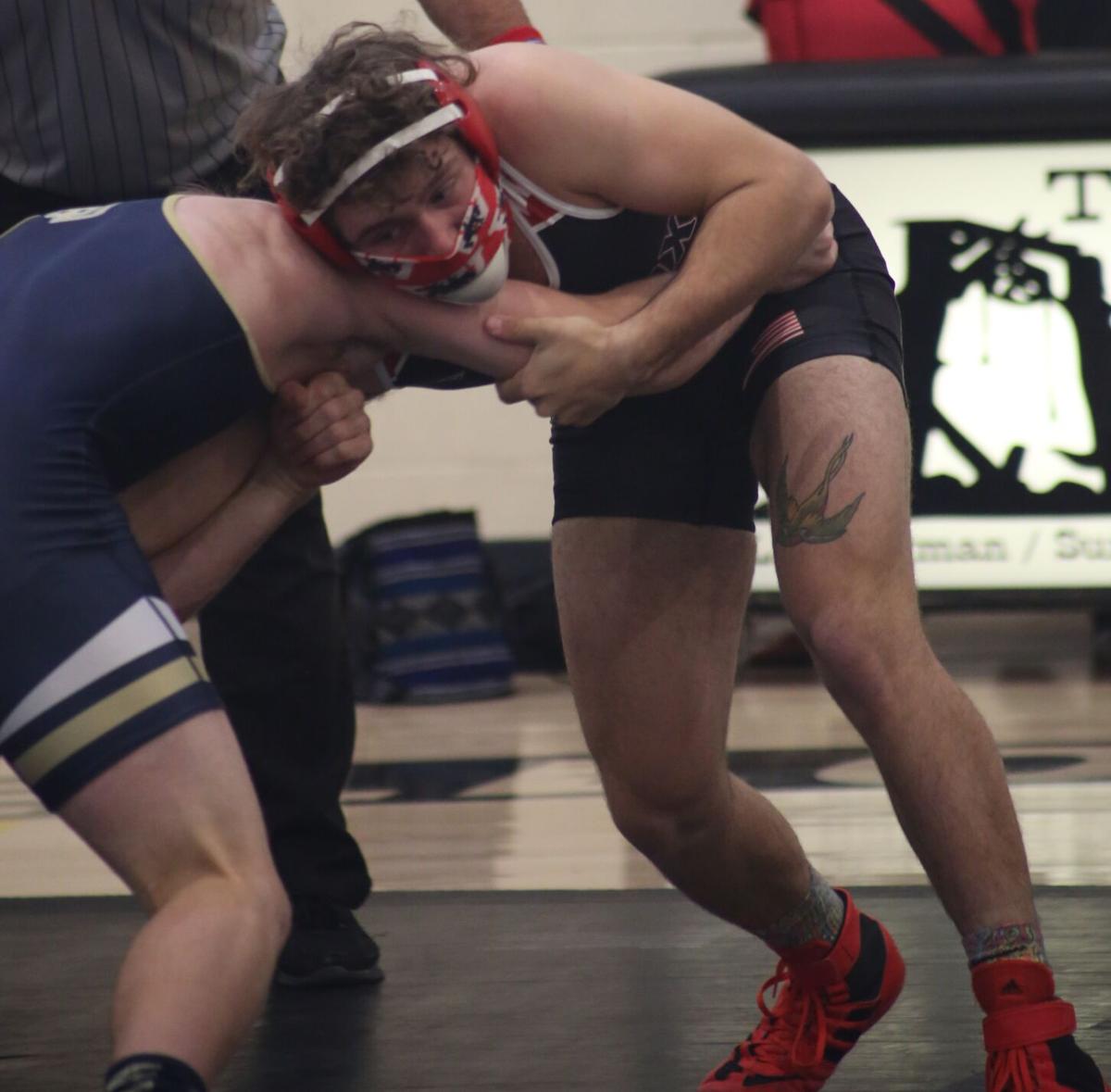 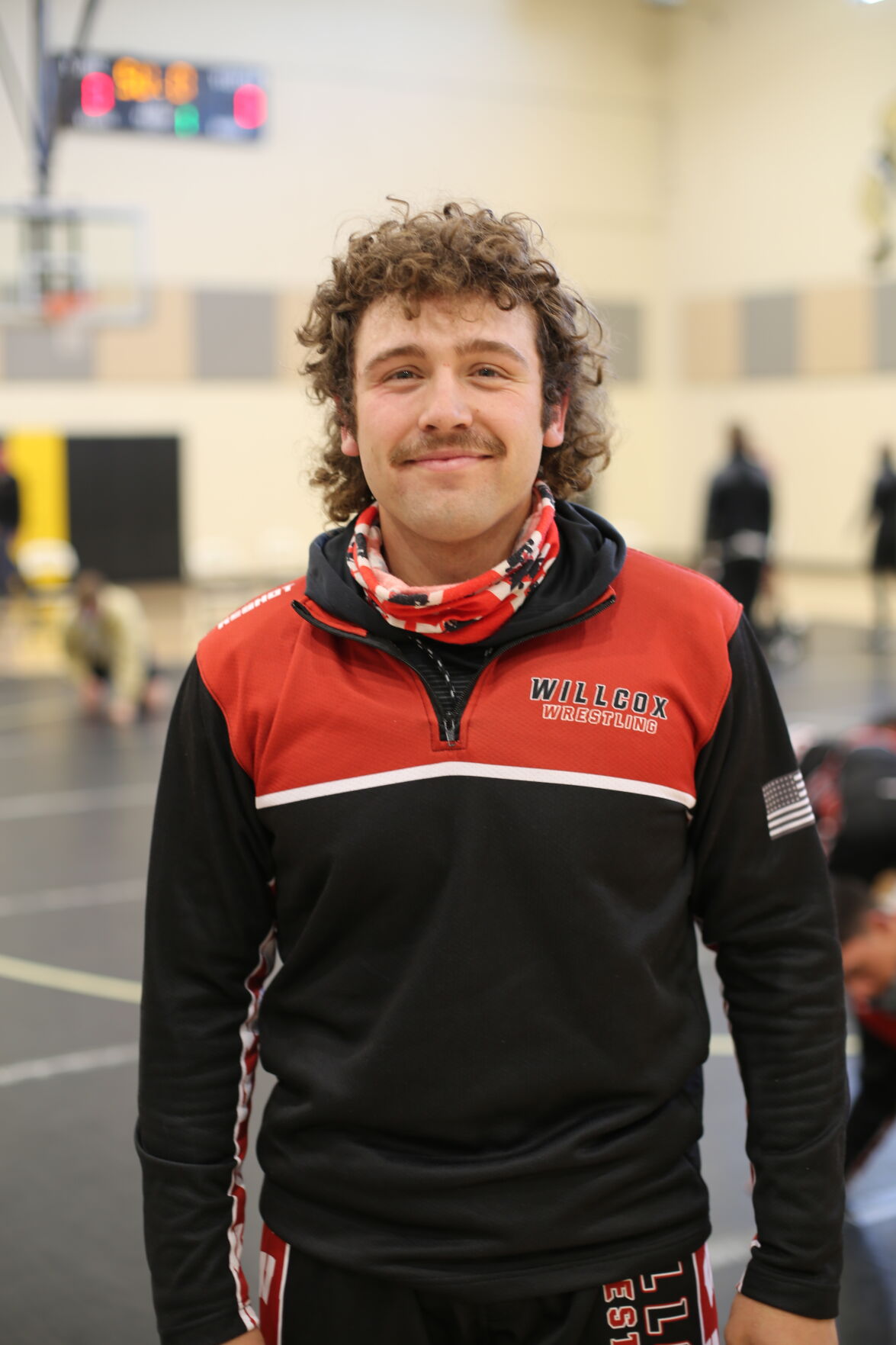 Motivated by his love of competition, Willcox High School senior wrestler Ote Allsup strives to be better with every match he wrestles. Adding his 7-0 record in the early weeks of his senior wrestling season to his career competitions, that gives Ote over a dozen years of matches that have improved his skills as he has been wrestling since he was 5 years old.

“Ote started wrestling when he was in kindergarten,” Ote’s mother, Kambrah, said. “He has competed on school teams, on traveling teams, in state and national tournaments. Now he’s looking forward to wrestling in college.”

Ote’s love for wrestling definitely started early with the guidance of his father, Arcel Allsup, who was also a high school wrestler and state champion at 145 pounds for Duncan High School.

“Wrestling was his favorite sport,” Ote said of his father. “He coached me from kindergarten through high school.”

His father passed away at the end of Ote’s freshman year.

“Ote took over a big role in our family when his father died,” Kambrah said. “He was (and still is) a huge help at home and on our ranch. He is such a personable, responsible, and respectful young man. I think I have the perfect sons.”

In addition to wrestling, Ote competes in football, baseball and rodeo.

“Ote is a great three-sport athlete,” Willcox varsity football coach Eric Hjalmarson said. “He has an impeccable work ethic. As a team captain he was always calm and insightful and let his actions speak for him. This year he was the all-region 1st team, all-region defensive player of the year, and the regional player of the year. He’s just a great kid.”

Ote finishes his athletic school year as a catcher, third baseman and pitcher for the Cowboys’ baseball team. He earned all-2A East region honorable mention his sophomore year. Like his other coaches before him, Ote’s baseball coach Adrian Fuentes only has high praise for his abilities on the field.

“Ote is one of the politest, most respectful kids I have ever coached,” Fuentes said. “He is a hard worker who can play anywhere on the field. He never complains and doesn’t settle for being mediocre. He always does his best – he never settles for less.”

Currently competing in his favorite sport of wrestling, Ote is the Cowboys 160-pound competitor and team captain for four years.

“Ote is a fierce competitor but he’s still well-liked by his opponents and their coaches even though he really takes it to their team,” Willcox wrestling coach Patrick Macumber said. “He’s a genuinely great person. I only have good accolades for Ote.”

During his earlier years on the Cowboys’ wrestling team, Ote finished his freshman year taking third in regionals at 145-pounds, his sophomore year winning regionals and taking second in the state at 152-pounds, and winning regionals and taking third in the state at 160-pounds his junior year. Even before he was in high school, Ote was collecting awards and championships around the state and country. Two of his fondest memories were finishing his middle school wrestling career taking both the Tempe Middle School Wrestling and the Marana Middle School Wrestling titles at 133-pounds.

With all of these accomplishments, Ote still looks at the big picture and the importance of sportsmanship in athletics.

In addition to high school sports, Ote competes in rodeo, another sport he has enjoyed since he was young. Growing up, he and his family traveled around the country competing in rodeo events and bringing home numerous titles. Now his favorite event is being the header for team roping. The summer of 2020 he was awarded 15-18 year-old outstanding boys’ header award at the Hidalgo Youth Rodeo Association finals in Lordsburg (champion header and champion chute dogger).

With all the athletic memories from wrestling to rodeo and all the people he has met in between, Ote still looks to two men in his life as his role models.

“My Grandpas Jim Allsup and Doug Stacy are my role models,” Ote said. “My Grandpa Allsup gives me good advice and motivates me while my Grandpa Stacy has always been the one to tell me to keep my grades in line. I’m close to both of them.”

“Ote is always respectful,” Menges said. “He is smart, athletic, and has all the potential in the world to do whatever he wants to do. The sky’s the limit for Ote.”

After he graduates from Willcox, Ote plans to wrestle in college while studying to be a chiropractor.