Colts senior defensive end Jesse Avina stops a Sunnyside ball carrier for a loss during a game earlier this season. 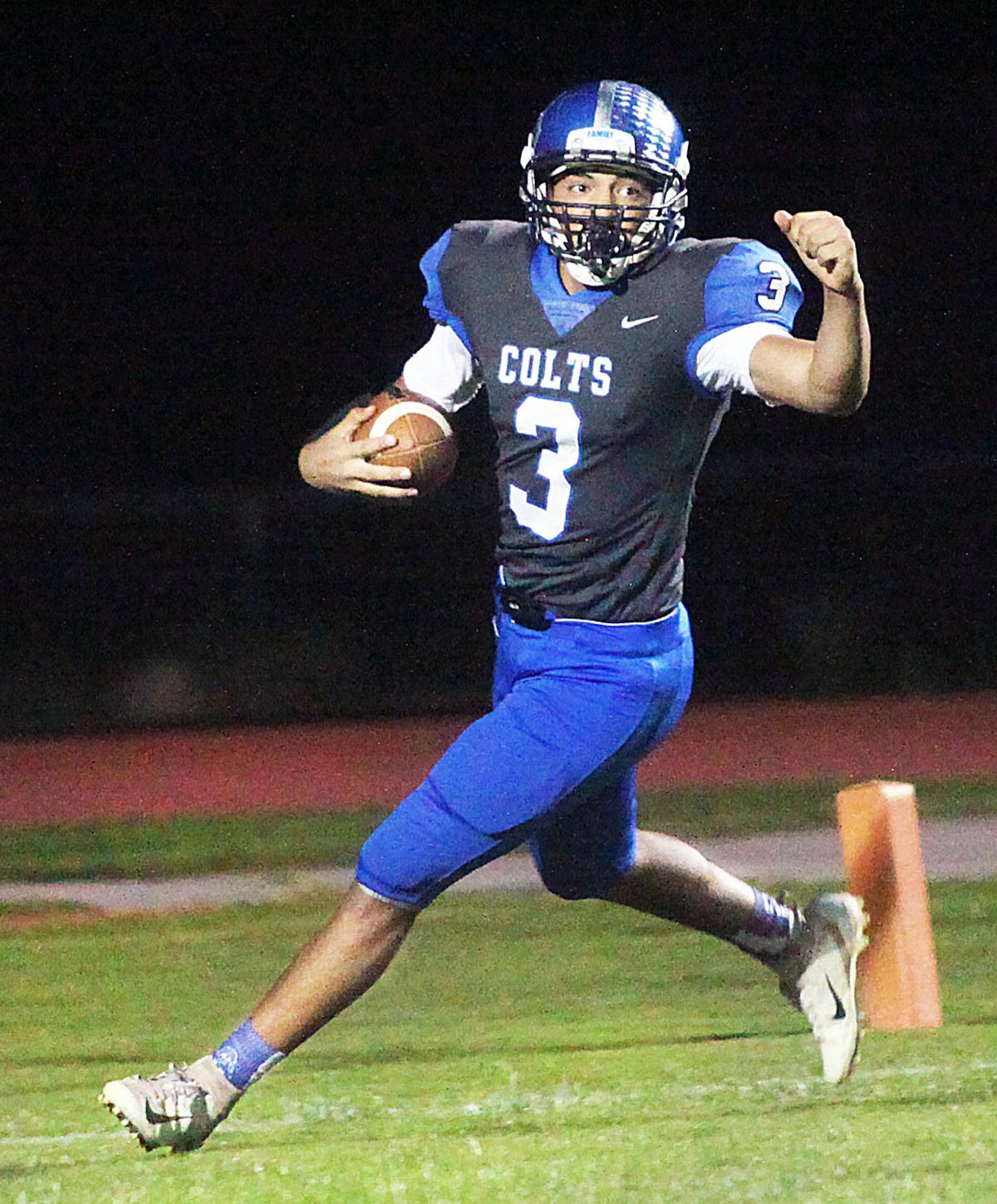 Buena senior defender Jesse Avina scampers into the end zone after scooping up a fumble during Buena’s homecoming game at Loveless Stadium against Apollo. Avina leads the Colts with 47 solo tackles this season.

Colts senior defensive end Jesse Avina stops a Sunnyside ball carrier for a loss during a game earlier this season.

Buena senior defender Jesse Avina scampers into the end zone after scooping up a fumble during Buena’s homecoming game at Loveless Stadium against Apollo. Avina leads the Colts with 47 solo tackles this season.

SIERRA VISTA — Jesse Avina’s football career almost had a short and unsuccessful lifespan. Now he is one of the core pieces on the Buena High School football team that is making its first playoff appearance since 2013.

The senior first gave football a try when he played in the city league when he was in eighth grade, but admits it was rough since he didn’t know the rules or what he was supposed to do. His tough time caused him to stop playing until he joined the Buena squad his sophomore season.

Avina attended Tombstone High School for the first semester of his freshman year after his mother thought it was a better fit for him because of the learning environment and he had cousins who were Yellow Jackets.

He said no one talked to him about football or asked him to consider joining the team, which wasn’t the case when he swapped his black and gold for blue and white. Avina, who is a Sierra Vista resident, decided he wanted to transfer to Buena to finish his freshman year and high school career because he wanted to be with his friends.

After switching schools his friends started asking him to join the football team. However, they weren’t the only ones who wanted the now 6-foot-3 multisport athlete to play for the Colts. Ultimately, it was his PE teacher at the time and current coach, Joe Thomas, who convinced him to give the game a second chance.

Thomas said it was Avina’s physical and mental toughness that made him want him on the team. In his second varsity season Avina leads the Colts in solo tackles with 47 heading into the postseason, and is tied for first on the team in total tackles with 77.

“As soon as I see the quarterback with no one there, I’m getting excited,” Avina said. “I have a preference for defense because I’d rather hit someone than get hit, but if I have to play only offense to win a game then I will. I have to do what I have to do (to help my team win.”

When he’s not on the field, he likes hanging out with friends and family as well as watching sports. In the spring he will participate in the high school track season for a second straight year. He said running track last year helped him with his speed, which he knew he had to work on heading into this football season.

“He’s not just a good football player on the field but he is a great young man off the field,” Thomas said. “I do believe that he will have a successful life because he works hard at everything that he does. He’s very respectful, dependable and accountable. I love Jesse Avina on and off the field.”