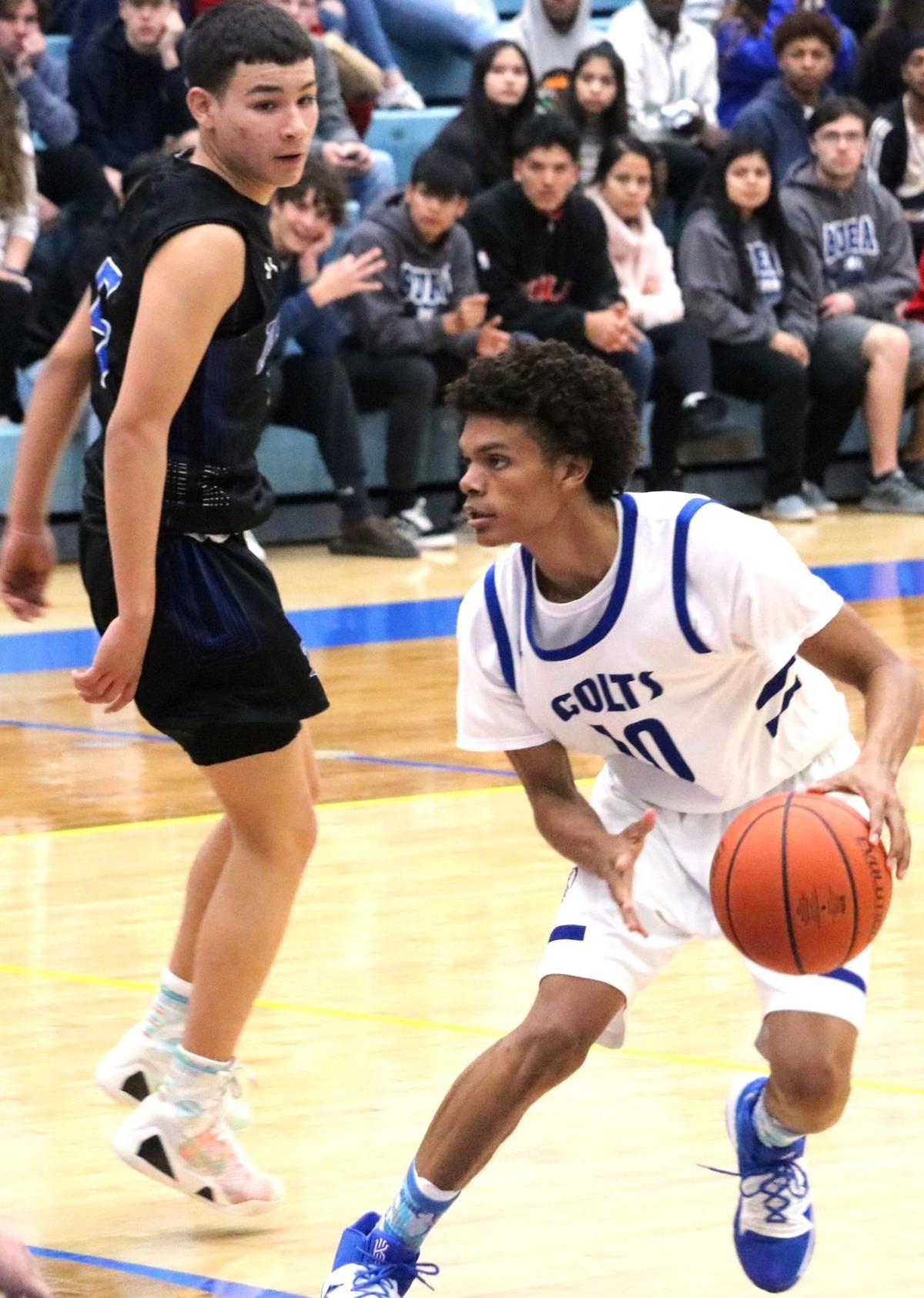 Jaylen Mcfadden had 16 points in Tuesday’s loss to Marana in Sierra Vista. 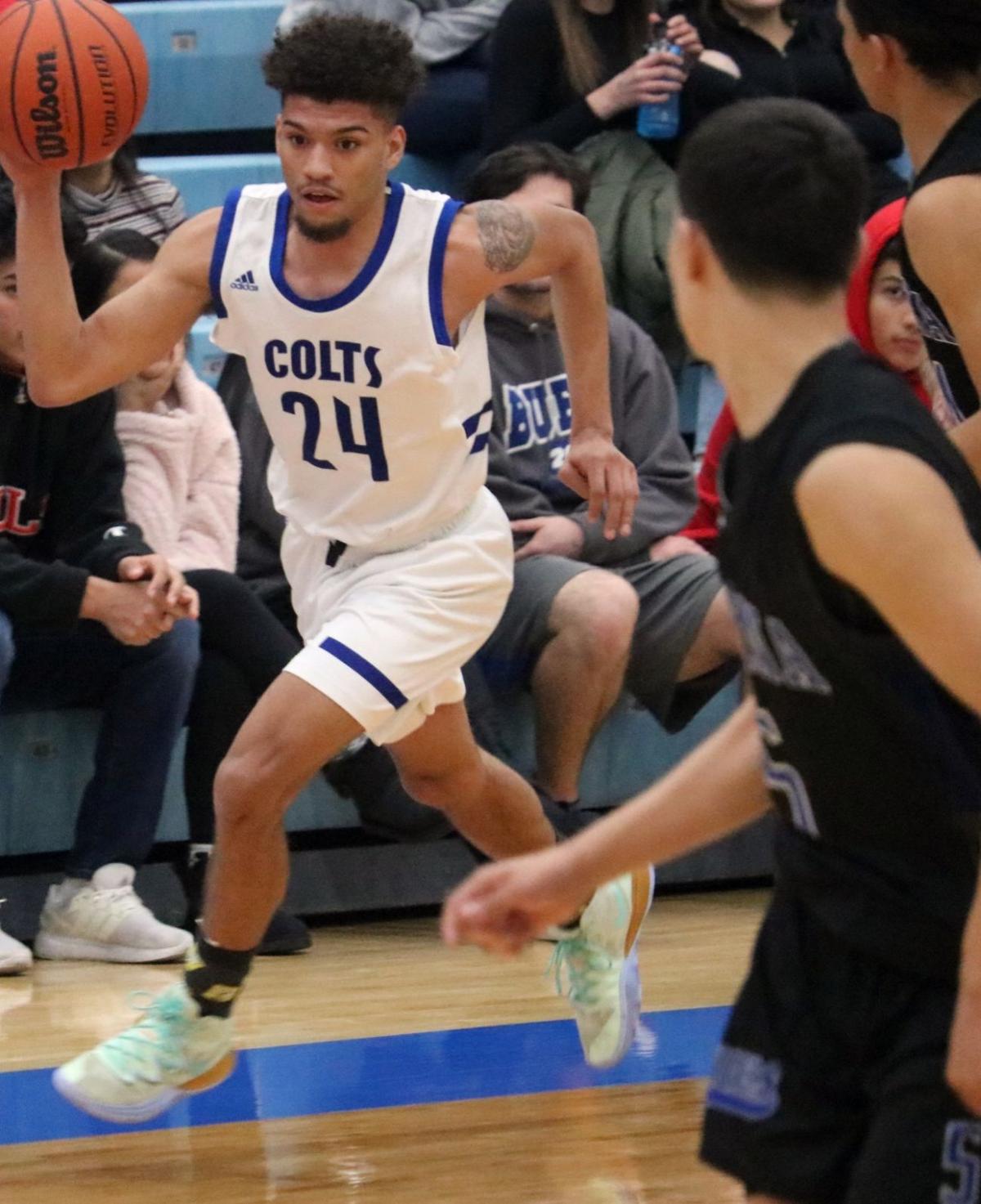 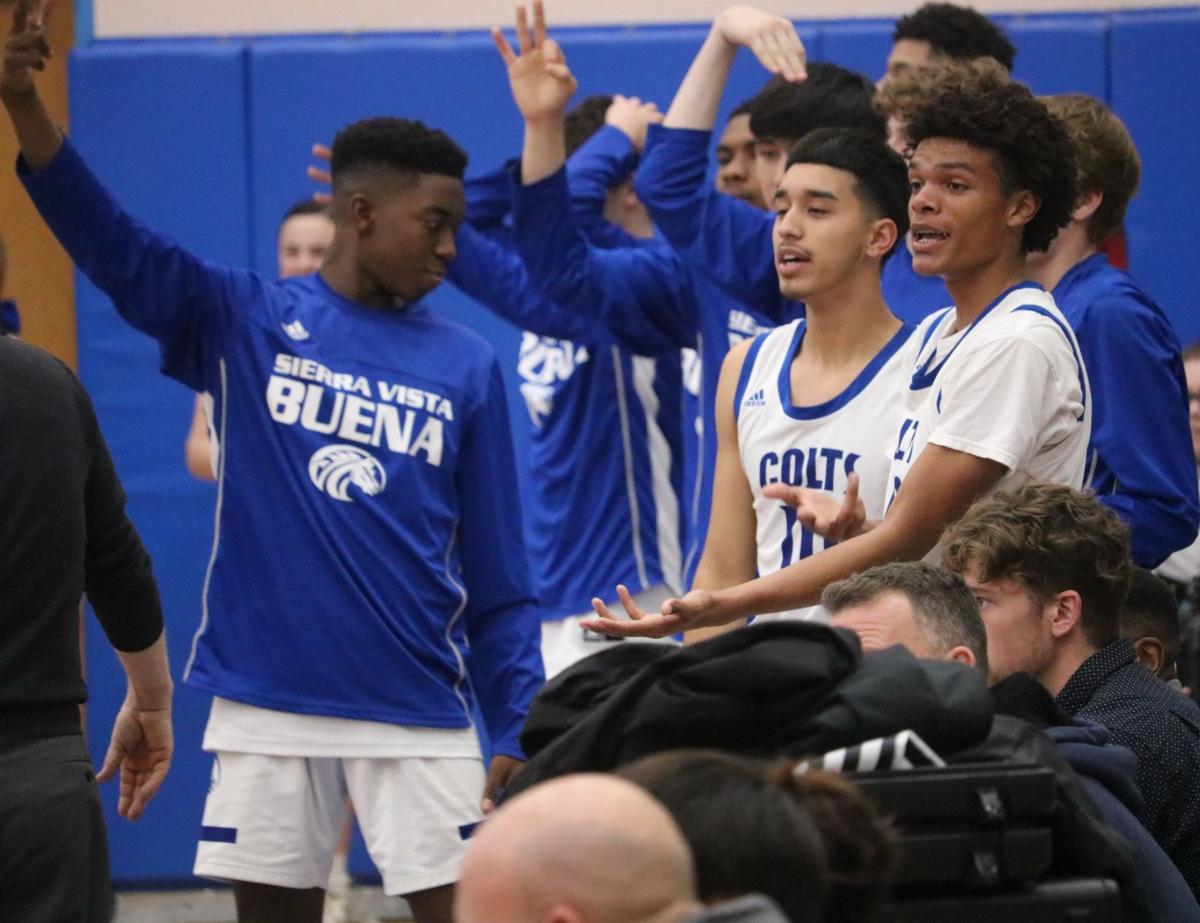 Buena’s bench erupts after a made 3-pointer in Tuesday’s home game against Marana.

Jaylen Mcfadden had 16 points in Tuesday’s loss to Marana in Sierra Vista.

Buena’s bench erupts after a made 3-pointer in Tuesday’s home game against Marana.

The Tigers left Sierra Vista with a 73-60 win, becoming the team that handed Buena just its third loss of the season.

Buena scored the game’s first bucket, but back-to-back 3-pointers by Marana put them ahead 6-2 less than three minutes into the game. Buena battled back and two consecutive threes by Jovany Featherston cut the home team’s deficit to just two points with 2:48 on the clock. The Colts tied the game 10-10 seconds later, prompting the Tigers to call a timeout to interrupt the Colts’ 8-0 run.

Buena continued their run, scoring another seven straight points to lead 17-10 with a minute left in the quarter. Buena held a 17-14 advantage after the first quarter.

The Tigers pulled within one point of the Colts midway through the second quarter, but the Colts scored nine unanswered points to close out the half with a 34-25 advantage.

Timely buckets by Buena kept Marana out of reach for most of the second half. The Colts led 41-35 with 3:19 to play in the third quarter. Buena held a 45-40 at the end of the third frame.

Buena’s offense stalled and fouls against the home team allowed Marana to reset the fame 47-47 with 5:45 left in the game. Marana took their first lead of the second half with five minutes on the clock, 50-49. The teams exchanged made free throws to see-saw the lead until a Marana 3-pointer dropped to give them a 55-53 advantage with 3:41 to play. Two more made Tiger free throws made it a four-point game with just under three minutes to play, prompting a timeout by Buena. Made free throws put Marana out of reach from Buena as time wasn’t on the home team’s side.

Featherston led the Colts with 22 points and Jaylen Mcfadden had 16 in the game.

Tuesday’s loss puts Buena at 13-3 overall, excluding tournament games and is the teams first lost against a region opponent. The Colts travel to Ironwood Ridge on Thursday and close out their regular season at home on Feb. 11 when they host Sunnyside.