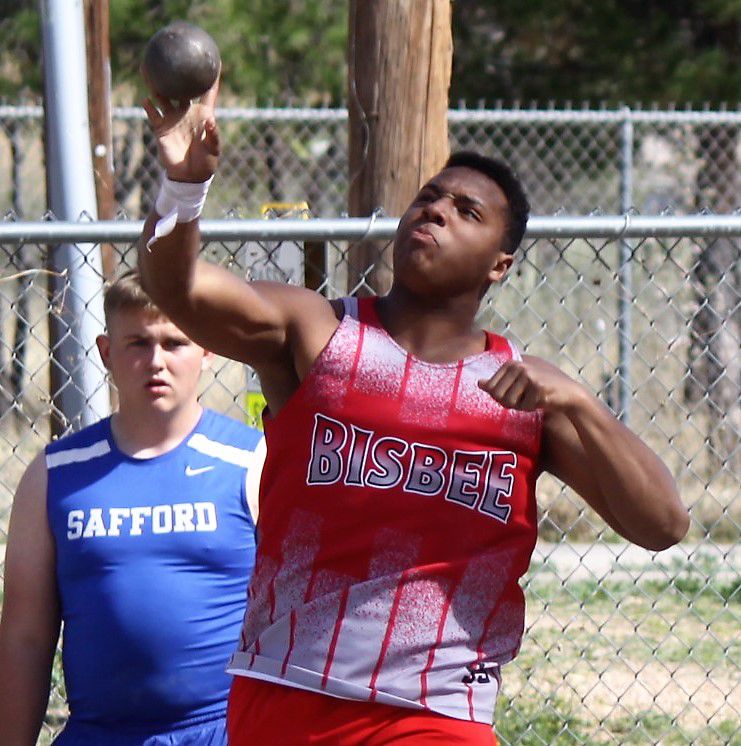 Edward Holly finished second in shot put with a throw of 43-0. 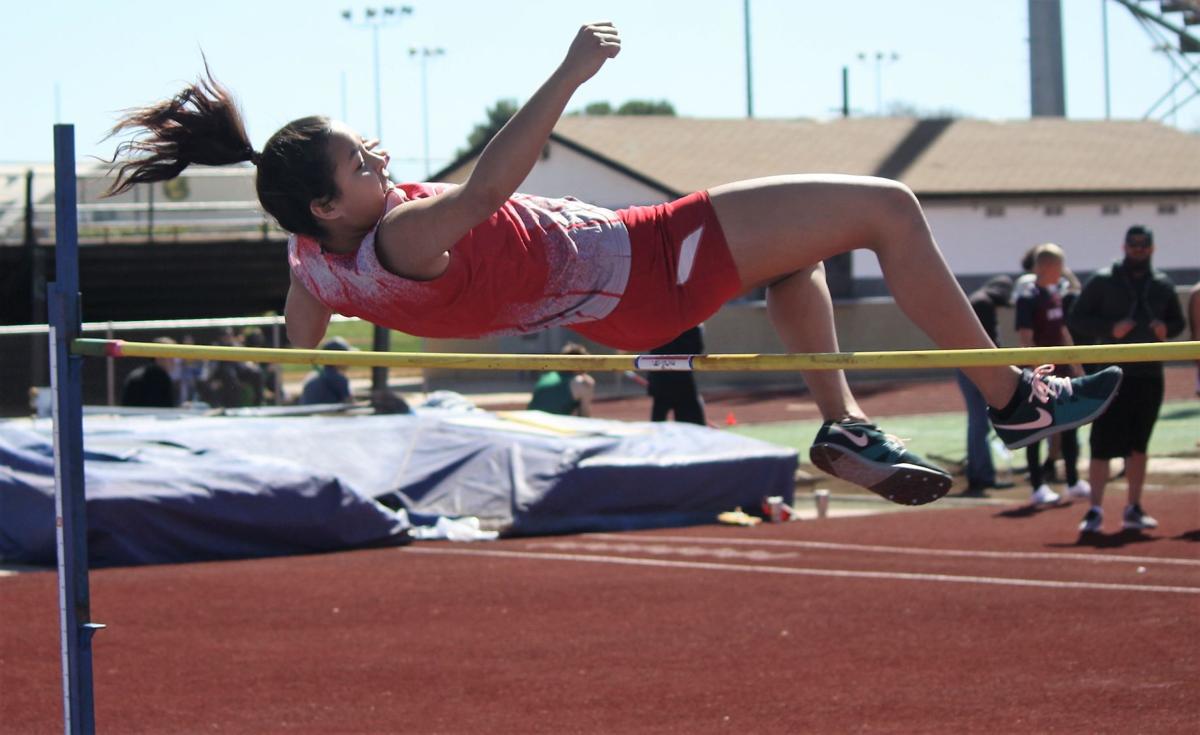 Edward Holly finished second in shot put with a throw of 43-0.

REGION — Runners, throwers and jumpers have kicked off the dust and are racing their way to the state meet in May.

Bisbee High School’s track and field team competed in the 89th Annual Ted James Douglas Invitational at Douglas High School on Saturday, their first invitational of the season. The girls finished seventh of 11 teams with 49 points. Nogales took the top spot with 156 while Thatcher was second with 110 and Safford third 100.

Brynn Lumpkin finished first in the 100 meters and second in the 200 meters. She was also 4x100 relay team with Yasmin Morales, Jimena Valdez and Ruby Luinstra that finished first on Saturday.

The boys finished eight overall with 37 points in Douglas. Geoffrey Gribble finished first in the 200 and second in the 100 to help his team. Edward Holly earned second place in shot put with a throw of 43-0.

Senior Jesse Avina is an auto qualifier in the javelin with his throw of 157-2, which was a personal best for him. Last year was his first year throwing and provisionally qualified.

This year he is currently in fifth place in Division 2 and 17th in the state.

Caleb Danielson, a sophomore, provisionally qualified in the high jump with a jump of 5-10, currently placing him 11th in Division II.

Jahdai Jones, a senior, provisionally qualified in the 100 with a time of 12.78 seconds, which puts her at sixth in Division II and 18th in the state.

Junior Lillian Lucero provisionally qualified in the 300-meter hurdles with a time of 50.05 placing her 12th in Division II.

“Qualifying this early in the season is a great confidence booster and gives them plenty of time to improve on their standing,” said Buena coach Natoyah Swift.

Buena will be the Lancer Invitational this weekend which includes a Freshman Showcase for three of the races (100, 1600 and 400). The meet will be at Salpointe Catholic High School in Tucson.