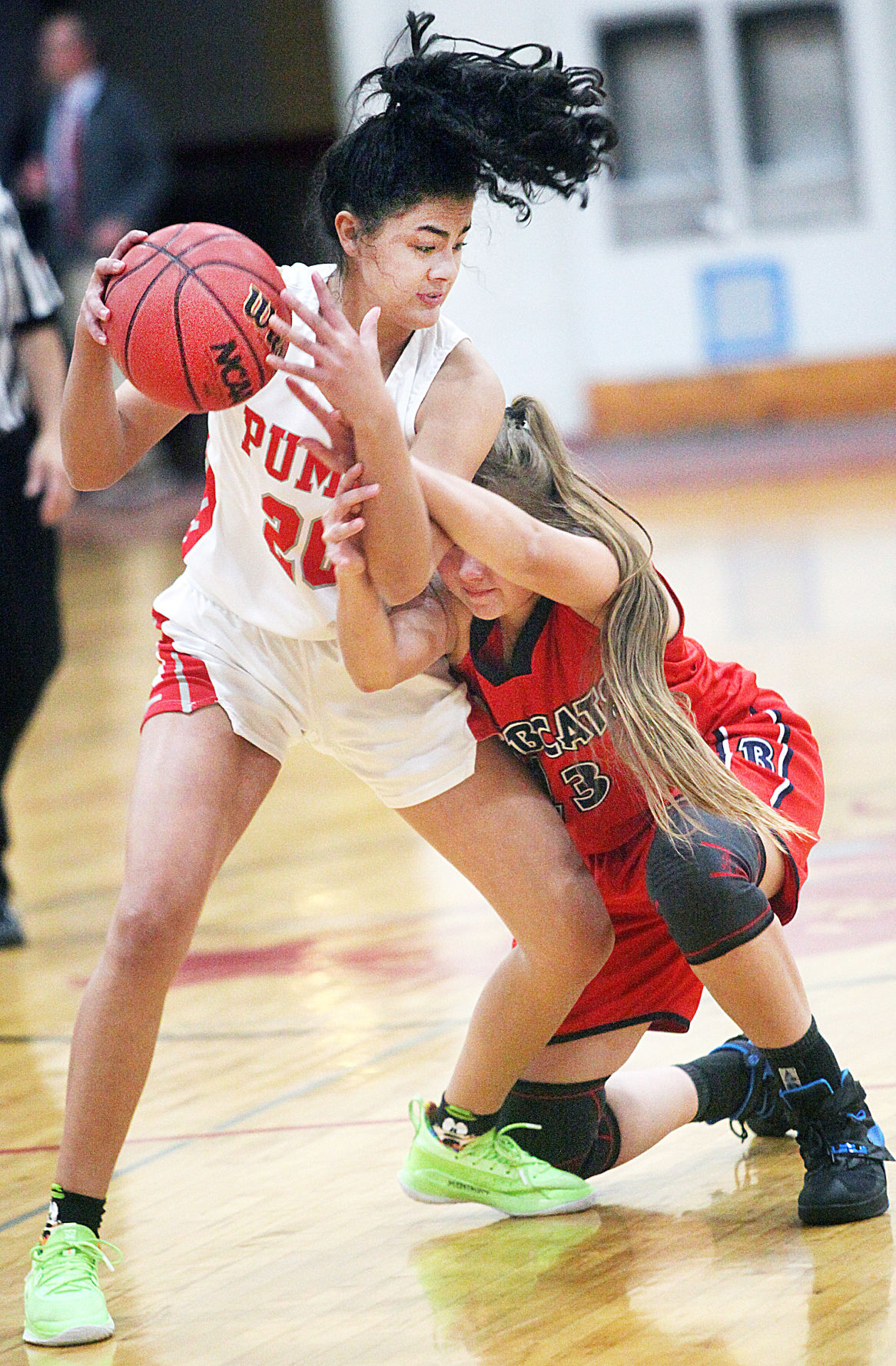 Freshman Lady Puma Gabby Lopez steals the ball during last night’s playoff game in Bisbee against the Bobcats from Benson. 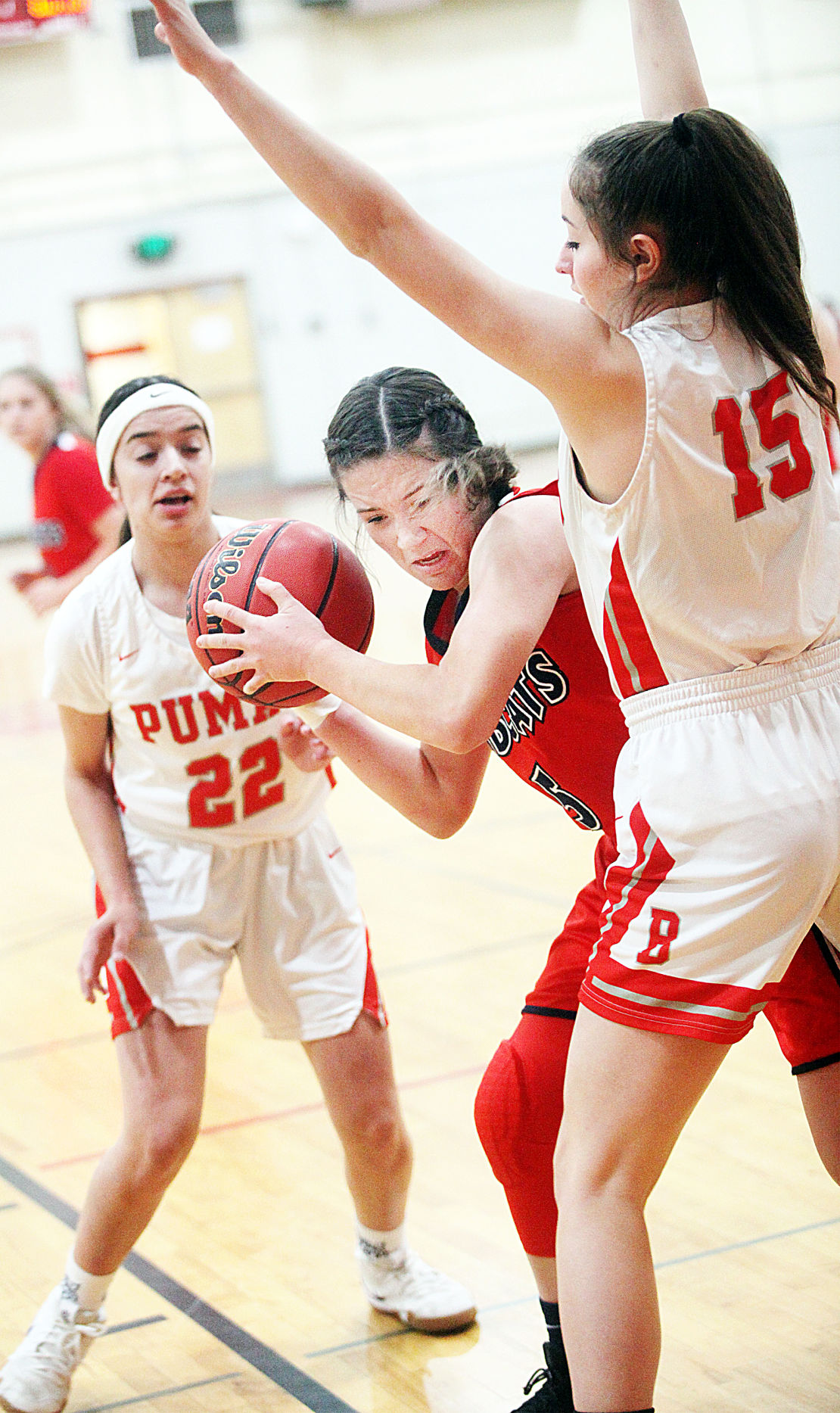 Freshman Lady Puma Gabby Lopez steals the ball during last night’s playoff game in Bisbee against the Bobcats from Benson.

BISBEE — A strong third quarter propelled the Bisbee girls basketball team to a 47-32 victory Wednesday night over the Benson Bobcats to advance to the 2A East region championship game.

Bisbee scored the first bucket of the game but found themselves behind 4-2 just over three minutes into the game. Yasmine Morales, who was the Pumas spark plug in the first half, capitalized on a 3-point play to give the Pumas the 5-4 advantage with 4:41 left in the quarter. Bisbee scored the next three points but watched their lead disappear as Benson scored the next 10 points to close out the first frame. Benson led 14-8 heading into the second quarter.

Baskets were still hard to come for Bisbee in the second quarter. Benson held Bisbee without a bucket for the first two minute of the new frame, and Benson still led 16-10.

The Pumas pulled within two of the Bobcats with 3:30 left in the half. Bisbee battled late in the frame to have a chance to tie the game with 47 seconds left, but a missed free throw put Bisbee behind 21-20 at the end of the half.

Morales scored nine of her 13 points in the first half to keep Bisbee in the winner-moves-on game.

Less than 20 seconds into the new half, freshman Gabby Lopez, who has led the Pumas in scoring all season long, knocked down a free throw to tie the game at 21. Lopez spent more time than she usually does on the bench in the first half after picking up two early fouls. However, she made up for her missed time in the third quarter, scoring 10 of her team-leading 17 points in the third quarter, which helped the Pumas gain a lead they didn’t relinquish. Bisbee knocked down three consecutive 3-pointers to turn the 23-23 game to a 32-23 home-team advantage. The Pumas led 38-27 at the end of the third quarter.

Bisbee’s defense was strong when they needed it most. The Pumas held the Bobcats to five points in the last eight minutes. Three of those points were from the foul line. Aggression and chippiness picked up in the fourth quarter by both teams, but foul calls went Benson’s way more than Bisbee’s.

The No. 2 Pumas will host Thatcher on Friday in the 2A East region championship game. Both teams are seeded high enough that a loss will not knock them out of the chase for the state title.