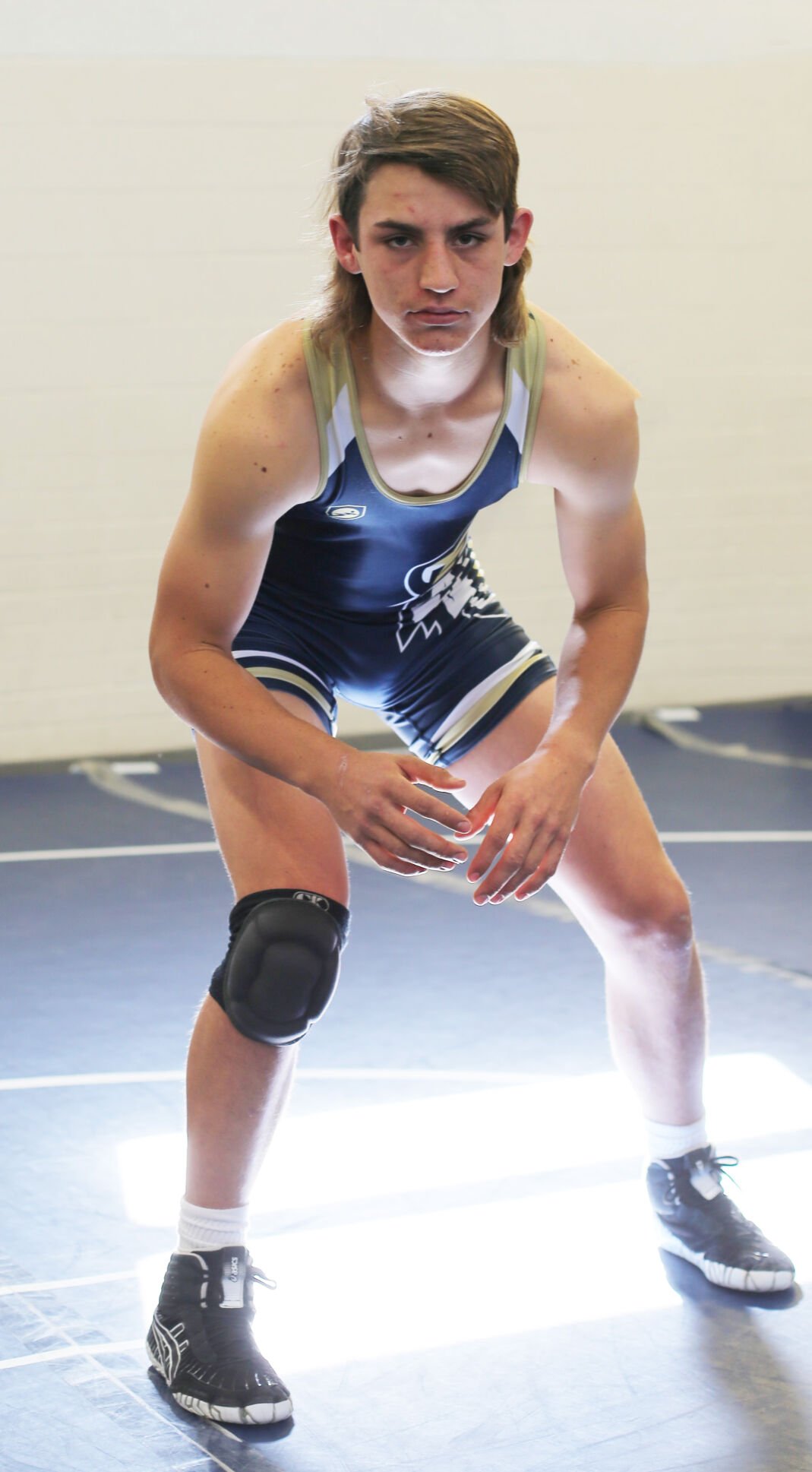 Brayden Merrill excels not only in wrestling but football as well as baseball. 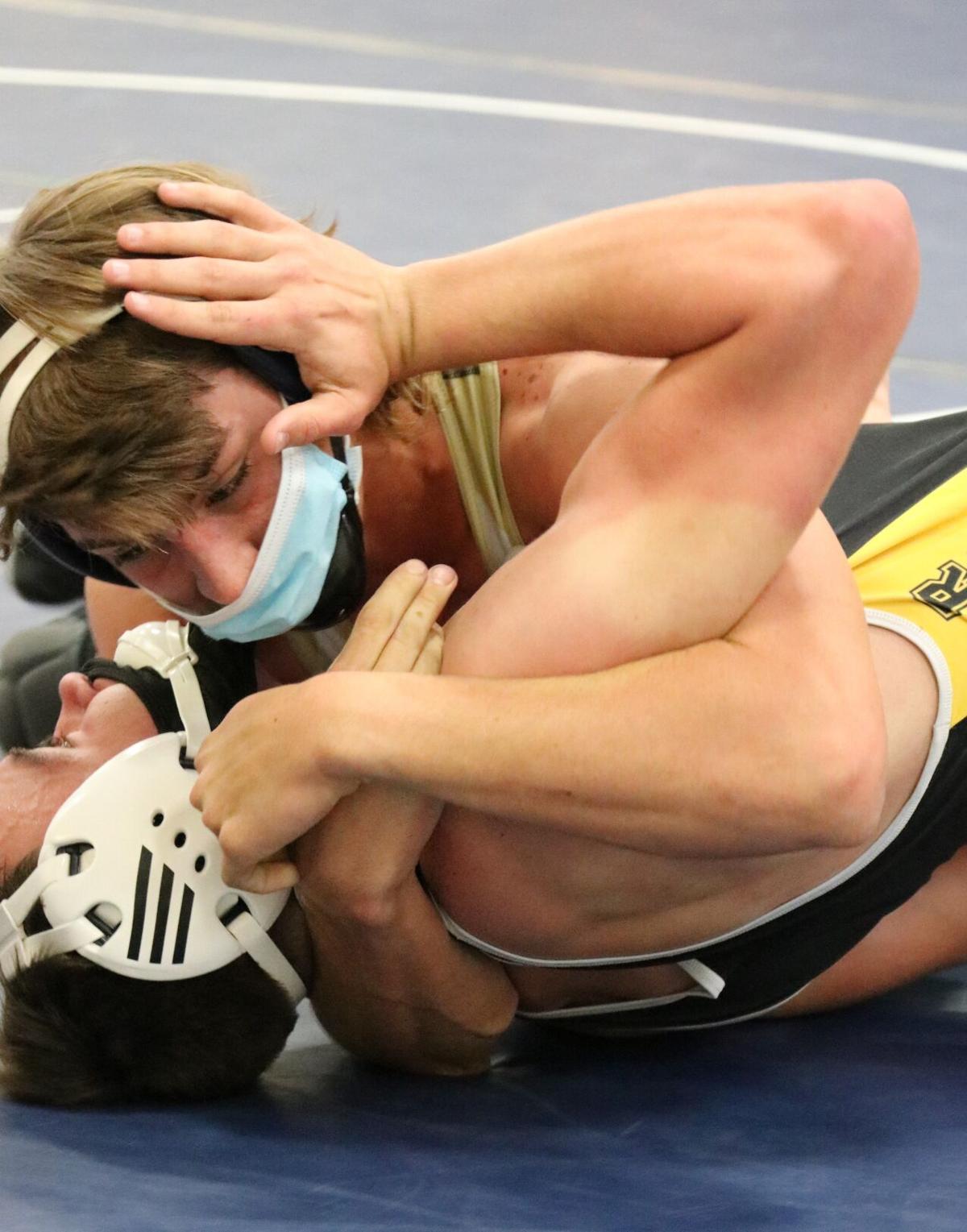 Brayden Merrill excels not only in wrestling but football as well as baseball.

Football, wrestling and baseball are Brayden’s three main sports. He has been competing since he was very young, starting when he was only 5 years old. Now he is in his second sport of the school year as a member of the Tigers’ wrestling team.

Merrill especially enjoys wrestling because it is an individual sport. With a record of 5-0, Brayden, who wrestles at the 160-pound weight class, has pinned all five of his opponents this season.

“What you put into your sport is what you get out,” he said.

“Brayden is a dedicated, motivated athlete who works hard at practices and in matches,” St. David wrestling coach Leon Peterson said. “He is very coachable and takes advice well. He is self-motivated, he knows what he needs to do to stay in shape and do well in wrestling.”

“Brayden is a hard worker who never complains and always gives 100 percent,” St. David Tigers’ varsity football coach Braden Davis said. “He is a great kid with a positive attitude.”

After Brayden finishes his wrestling season he will go directly into his third sport of the school year, competing as a right fielder for the Tigers’ baseball team. Like his other coaches, his baseball coach is impressed with Merrill’s solid work standards.

“Brayden has a good work ethic, he never makes excuses, and he works hard,” St. David varsity baseball coach Ron Goodman said. “I’m impressed with him as an athlete and as a person.”

In addition to competing athletically, Brayden is a member of St. David’s Health Occupations Students of America (HOSA) and the Future Farmers of America (FFA) — currently serving as the FFA treasurer. He is also a member of the Young Men’s group at his church, the Church of Jesus Christ of Latter-Day Saints. In his free time Merrill enjoys riding his dirt bike, hunting and working with his dad.

Brayden is the son of Dustin and Andrea Merrill, both St. David alumni who were also active Tiger athletes. The St. David High School’s gymnasium has his grandfather Orland Merrill’s signature as one of two signatures on the Tigers’ floor.

“My cousins and I who go to St. David represents more than ourselves,” Merrill said. “We also represent our family and the legacy of our grandfather Orland.”

It is one member of his family that Merrill has always looked up to as his role model.

“My dad has taught me how to be a hard worker,” the junior said. “He always works hard. He is a great role model.”

For their part, Brayden’s parents try to make as many of his athletic competitions as they can, even doing the chains on the sidelines at his home football games.

“Brayden has always been a hard worker and a dedicated athlete,” his mother Andrea Merrill said. “He also likes to joke around and make me laugh. He’s just a fun kid.”

Athletics, school and family have all combined to make a strong impression on Brayden and his goals.