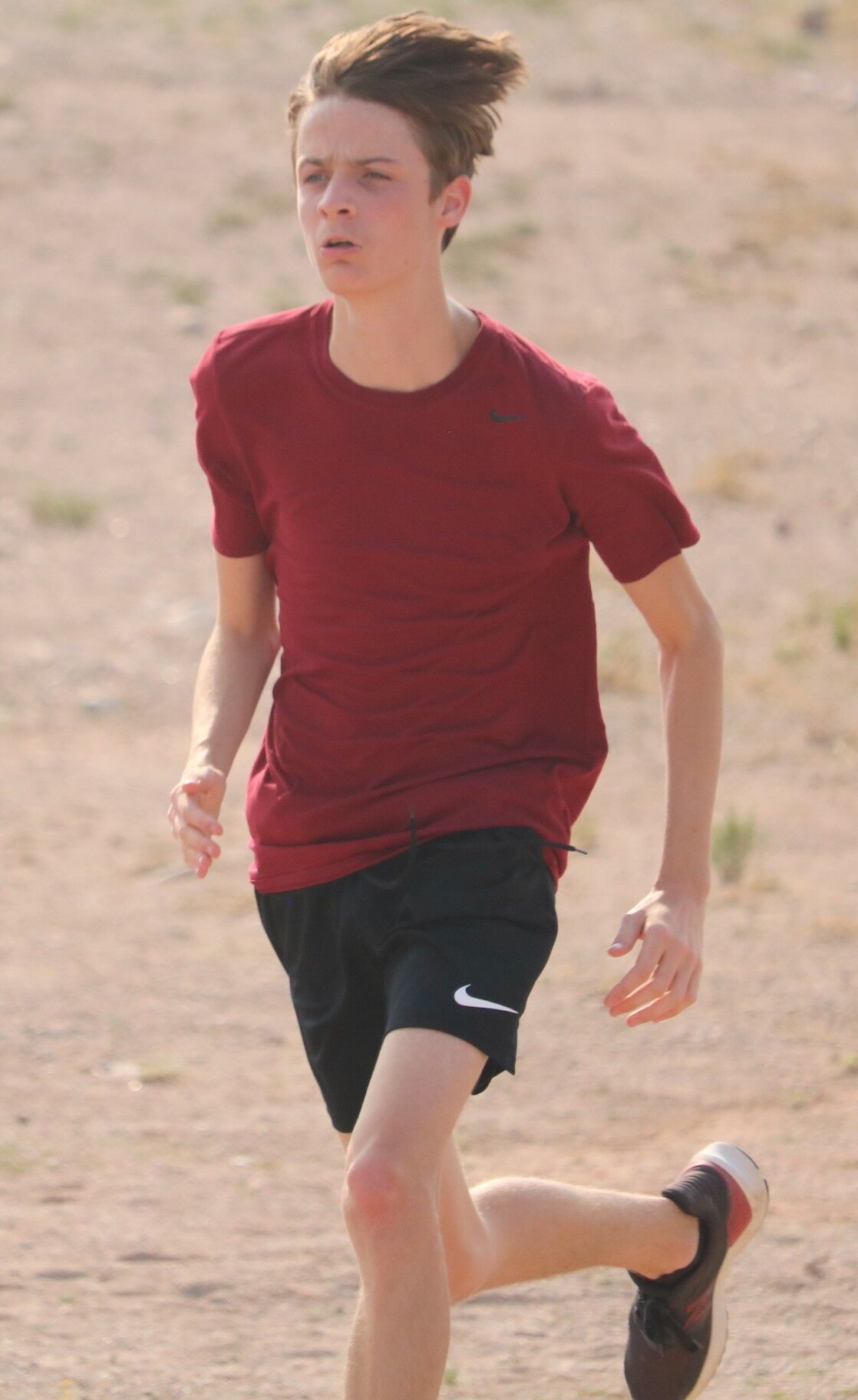 Eight of Tombstone's boys team are upperclassman and returners from last year.

Freshman Reagan McGuire has impressed her coach in the limited practices they've had this season.

Eight of Tombstone's boys team are upperclassman and returners from last year.

Freshman Reagan McGuire has impressed her coach in the limited practices they've had this season.

TOMBSTONE — The turnout isn’t what Tombstone cross-country coach Jake Winslow thought it would be but he is still optimistic for his team this season.

“All of our paradigms have shifted during this unprecedented time,” Winslow said. “Some decided not to come back this year after being away for that time and that is fine.

“I have eight boys and three girls currently,” Winslow said. “We are actively recruiting kids, but I doubt many more will come out. This is considerably lower than last year as we had about 13 boys and four girls.”

One of the reasons Winslow is short on runners from last year is because some of his returners are in the all online school program and don’t have a way to get to practice. Seniors Quinten Palmer, Mark Moore, Jonathan Vandenberg and junior Devon Mize are expected to be the leaders on the boys team while the girls team doesn’t have any one from last season.

Palmer said even though they are practicing it doesn’t seem real that they will have a season. Although he is skeptical he is hopeful they are able to finish the season. He added that he is grateful that the school and AIA are allowing a season to occur. Winslow agreed with his senior that having the opportunity to compete means a lot.

“I expect that we will get better as the season progresses and be competitive by the end of the season,” he said. “We are truly grateful for the opportunity to workout everyday, compete, and learn about ourselves. We plan on learning to be excellent in all we do and learn that most of our limitations are in our mind.”

Freshman Reagan McGuire and sophomore Taylor Jundt have stood out to their coach, even though they are young and new to the sport. Winslow said they “looked promising in early workouts.”

Although the team isn’t as large as he would have liked, Winslow said the dedication of his runners has him excited about the start of the season.

“The bad news is that our numbers are small, but the good news is that we only have those who really want to be there during workouts,” he said. “It has led to a nice and positive atmosphere so far. Our goal is to be consistent, do everything correctly, and learn how to race intelligently which will lead to success in cross country and in the classroom and beyond.”

The Yellow Jacket runners will have their first taste of competition on Sept. 11 when they welcome teams to their school and course.

The boys race will start at 4:45 p.m. and the girls race will follow.