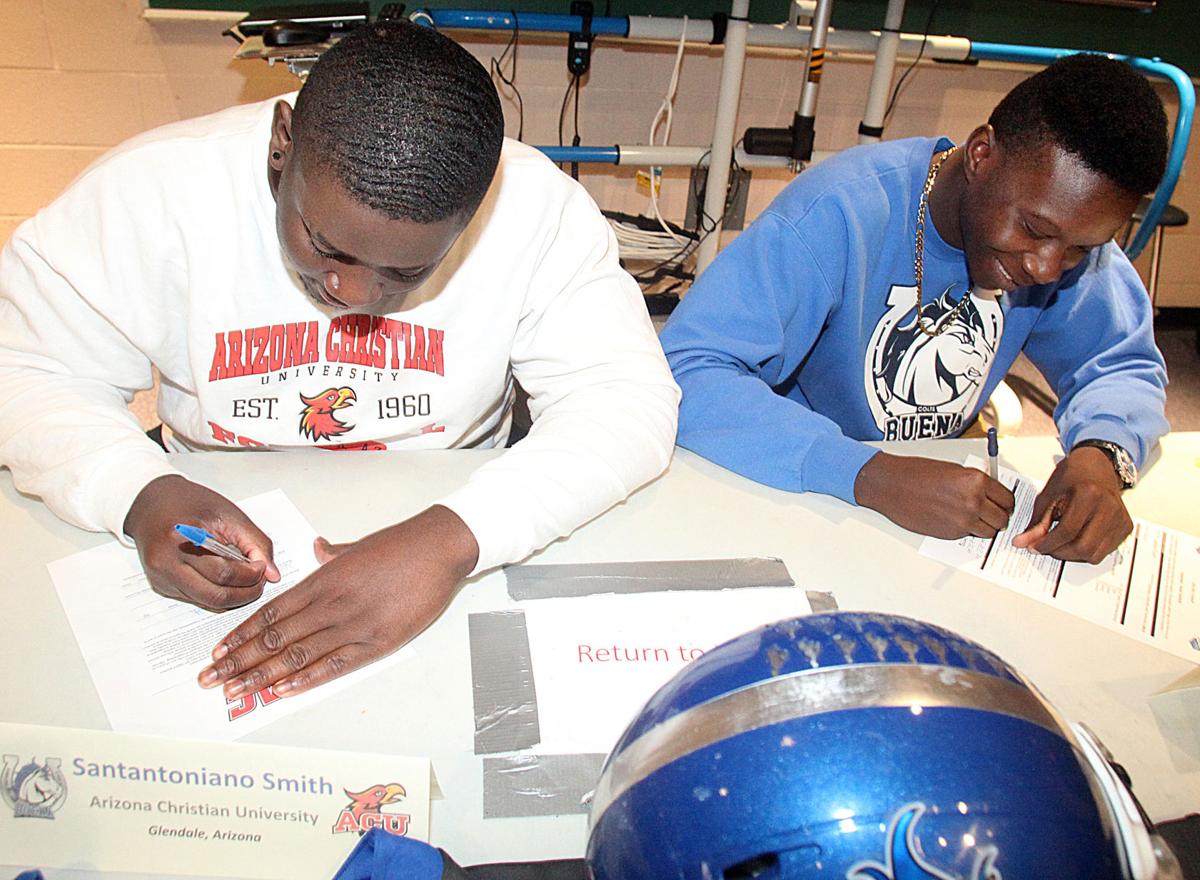 Buena football players Santaniano Smith, left, and Justice Grant sign letters of intent for the respective colleges they will attend Wednesday at the high school. 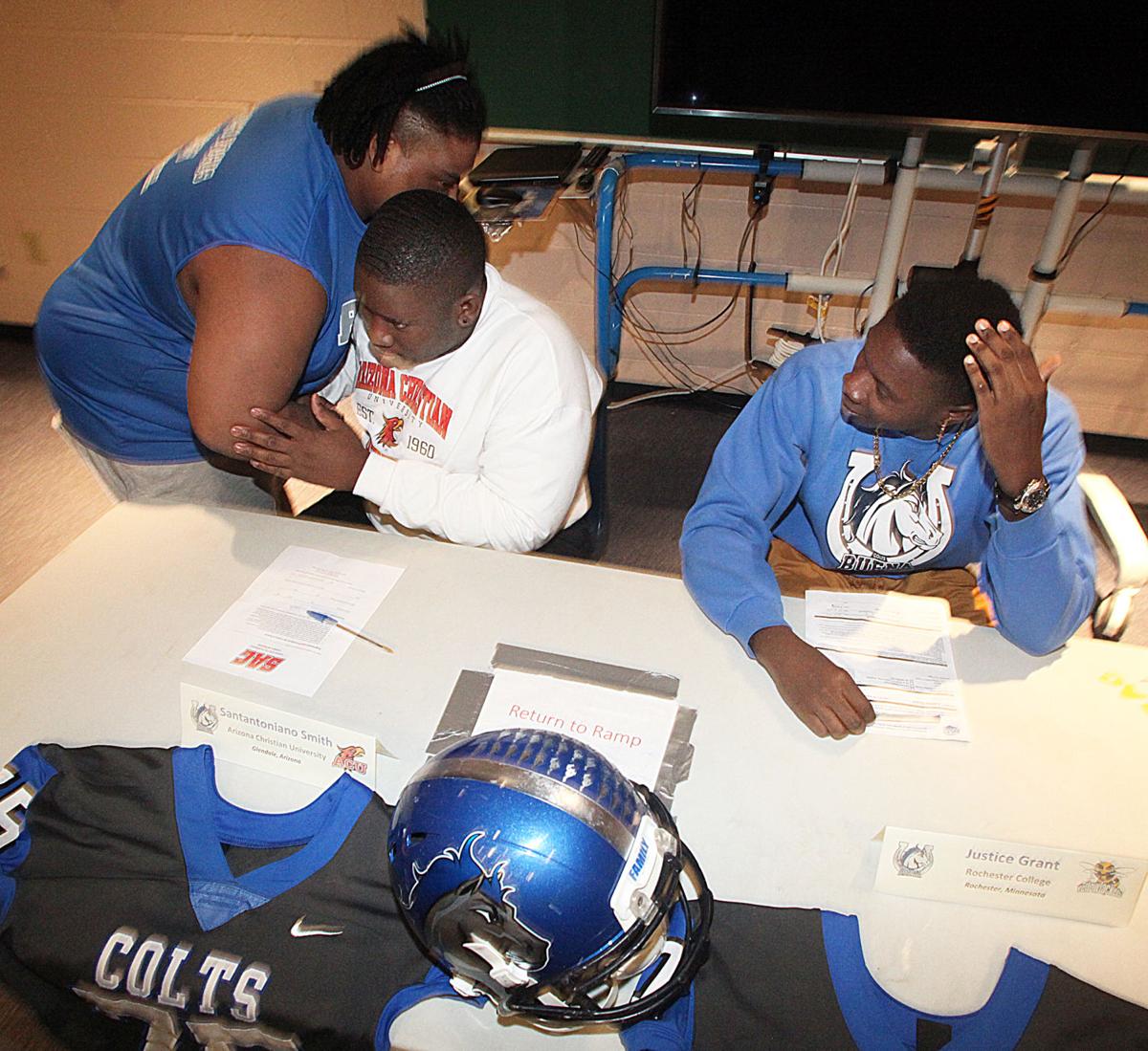 Buena football players Santaniano Smith, left, and Justice Grant sign letters of intent for the respective colleges they will attend Wednesday at the high school.

SIERRA VISTA — Not all high school football players have the opportunity to stay on the field after graduation, but Buena High School seniors Santantonio Smith and Justice Grant signed their letters of intent Wednesday afternoon to play next fall while continuing their education.

Smith is headed to Glendale to play for Arizona Christian University, while Grant leaves to comfort of home and the Arizona heat to play for Rochester Community and Technical College in Minnesota.

“We’re excited for these guys and their families,” Buena head football coach Joe Thomas said. “We’re definitely going to miss them next year.”

The pair played on the Colts’ defense, which helped lead them to their first playoff game since 2013. The 2019-2020 season was Grant’s first varsity season with Buena. He said Wednesday that he battled a shoulder injury most of the season and is grateful to be able to continue to play. The free safety had 16 solo tackles, 30 total tackles, an interception and 11 passes deflected in nine games.

“He was an easy sell to the colleges we spoke to,” Buena coach Matthew Keough said. “I don’t think he’s scratched the surface of his talent yet.”

Grant said he chose Rochester Community and Technical College because he liked the dome the team plays in, the facilities and he wanted to get out of the hot weather since he prefers the cold.

For Smith, finding the right atmosphere and culture was important and everything he and his family were looking for, Arizona Christian University had. Keough said he didn’t have to sell Smith to coaches because his “film speaks for itself.” Smith played for the Colts for three years, two of which were on varsity.

“He’s battled and battled, so we’re happy for him,” Thomas said.

The senior used his time to speak to thank his family, friends and coaches for helping him become better at football and as a person.

“I didn’t know what consistent work was until I met Coach Boutte,” he said. “Work is the most important thing. I didn’t realize that until I got to Buena. I’m going to miss everything about this place.”

Buena coaches reminded the two to use this opportunity to better themselves and stay focused despite the distractions.

“The good thing is I think I can only get better,” Thomas said.