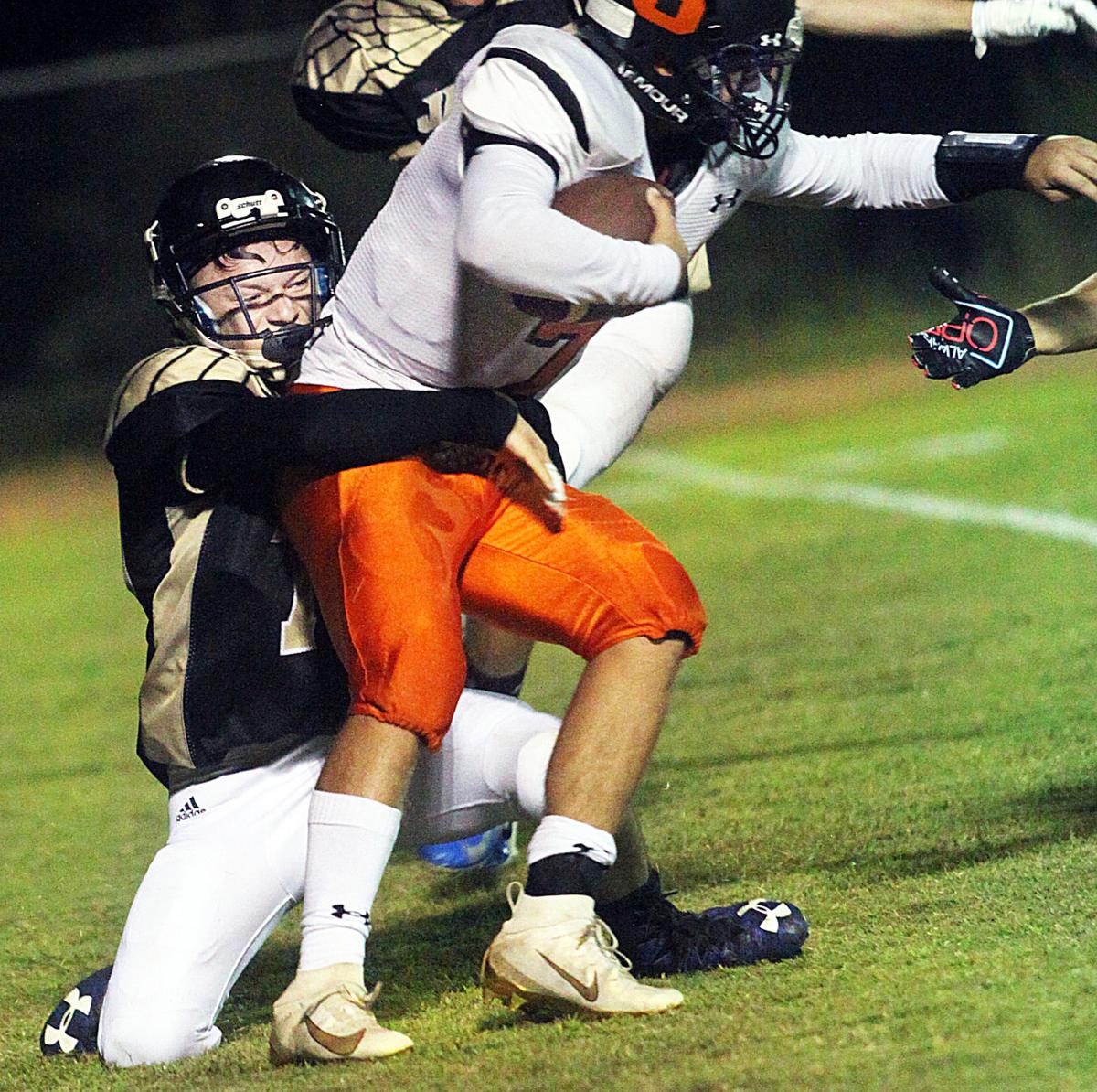 Yellow Jackets freshman defender David Hinshaw wraps up the Globe quarterback for the sack in Friday’s homecoming game in Tombstone. 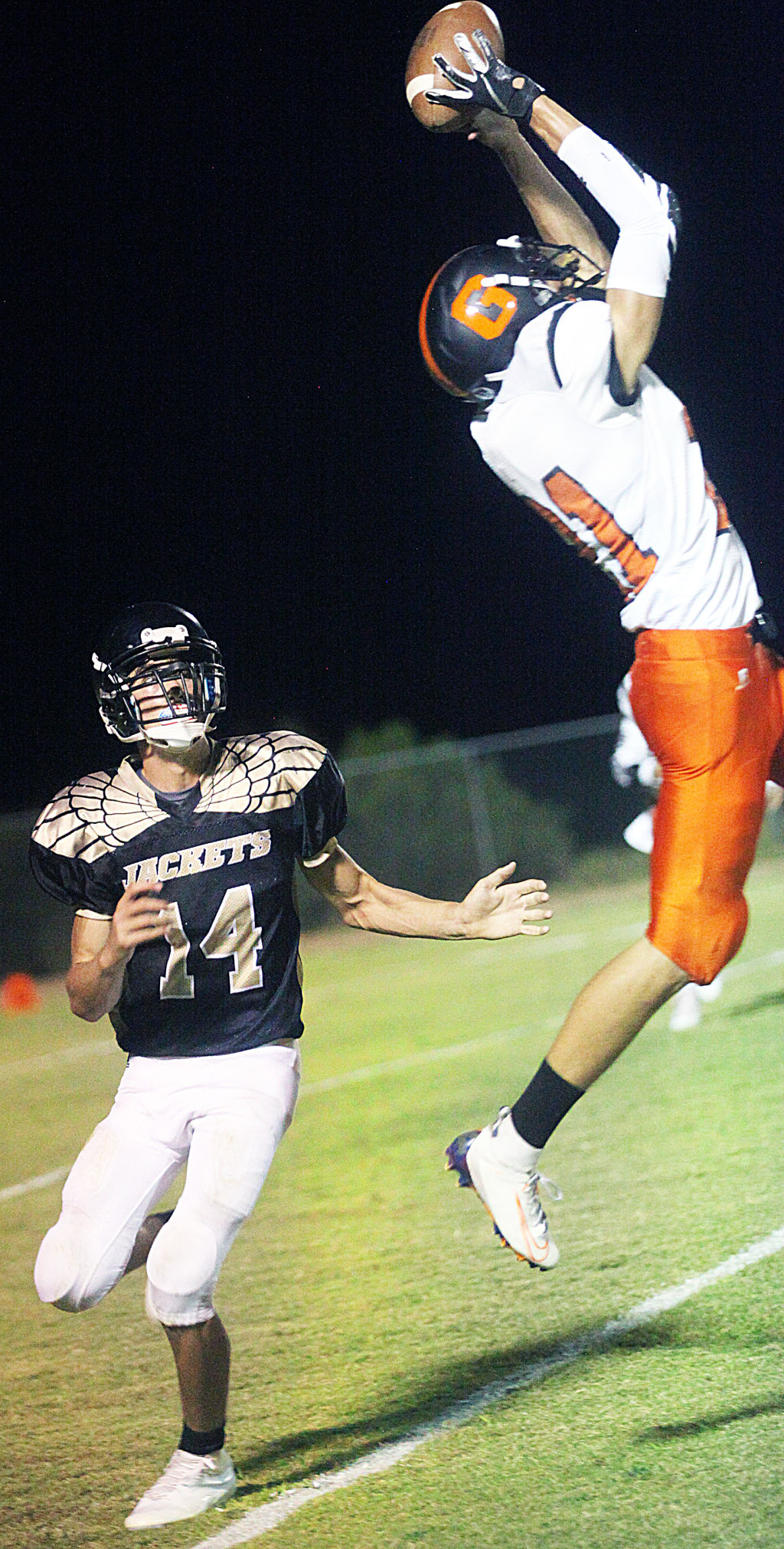 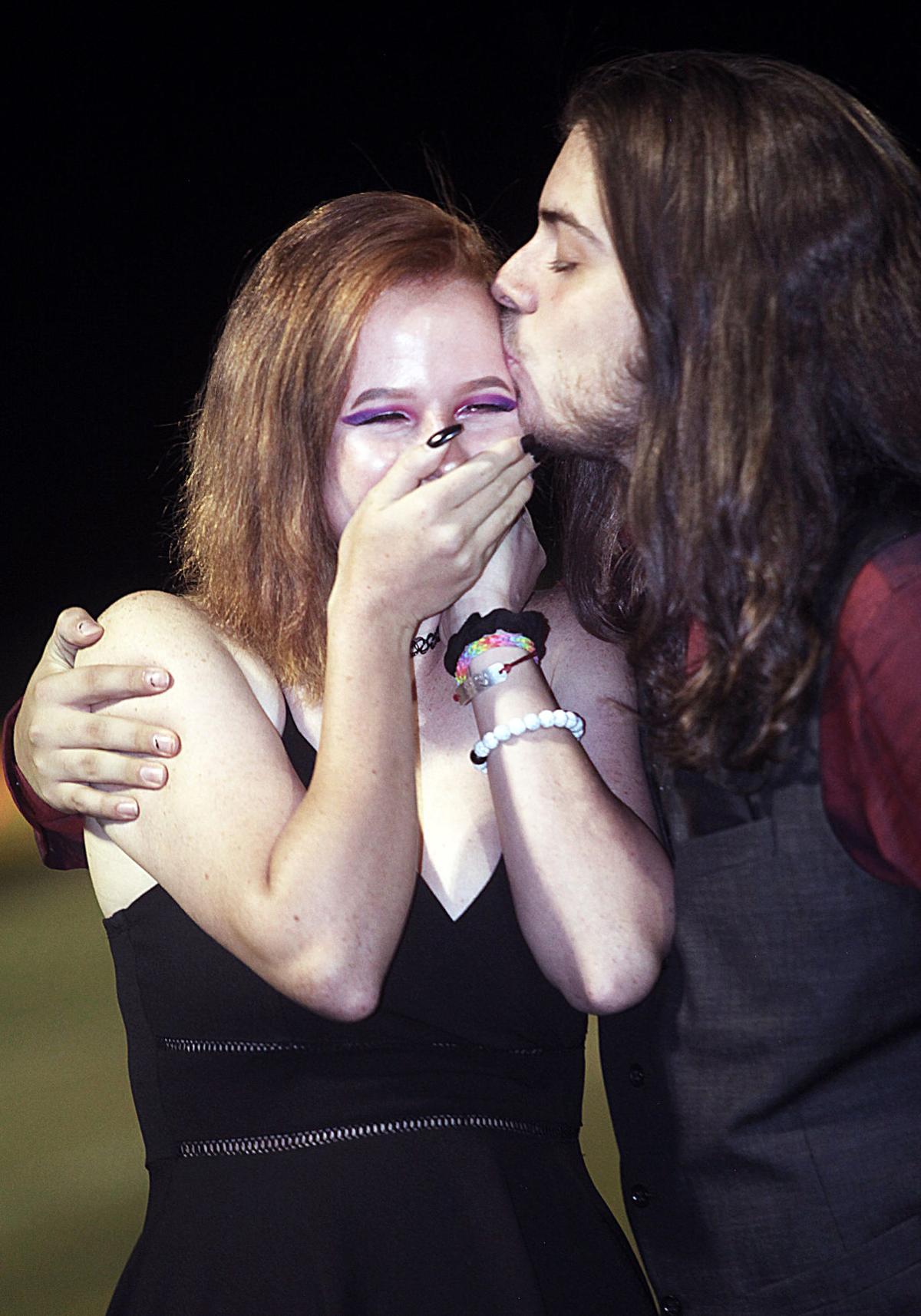 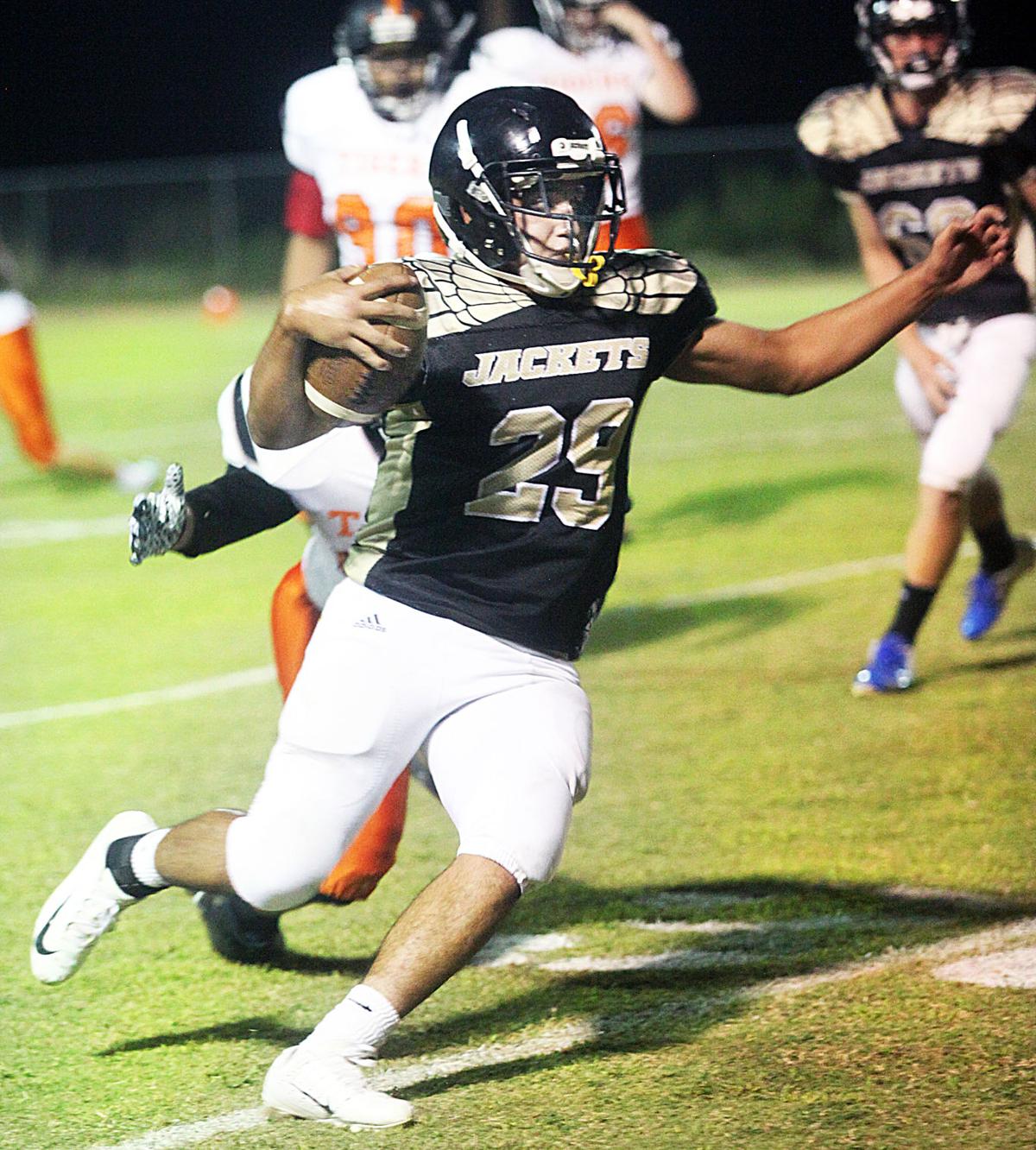 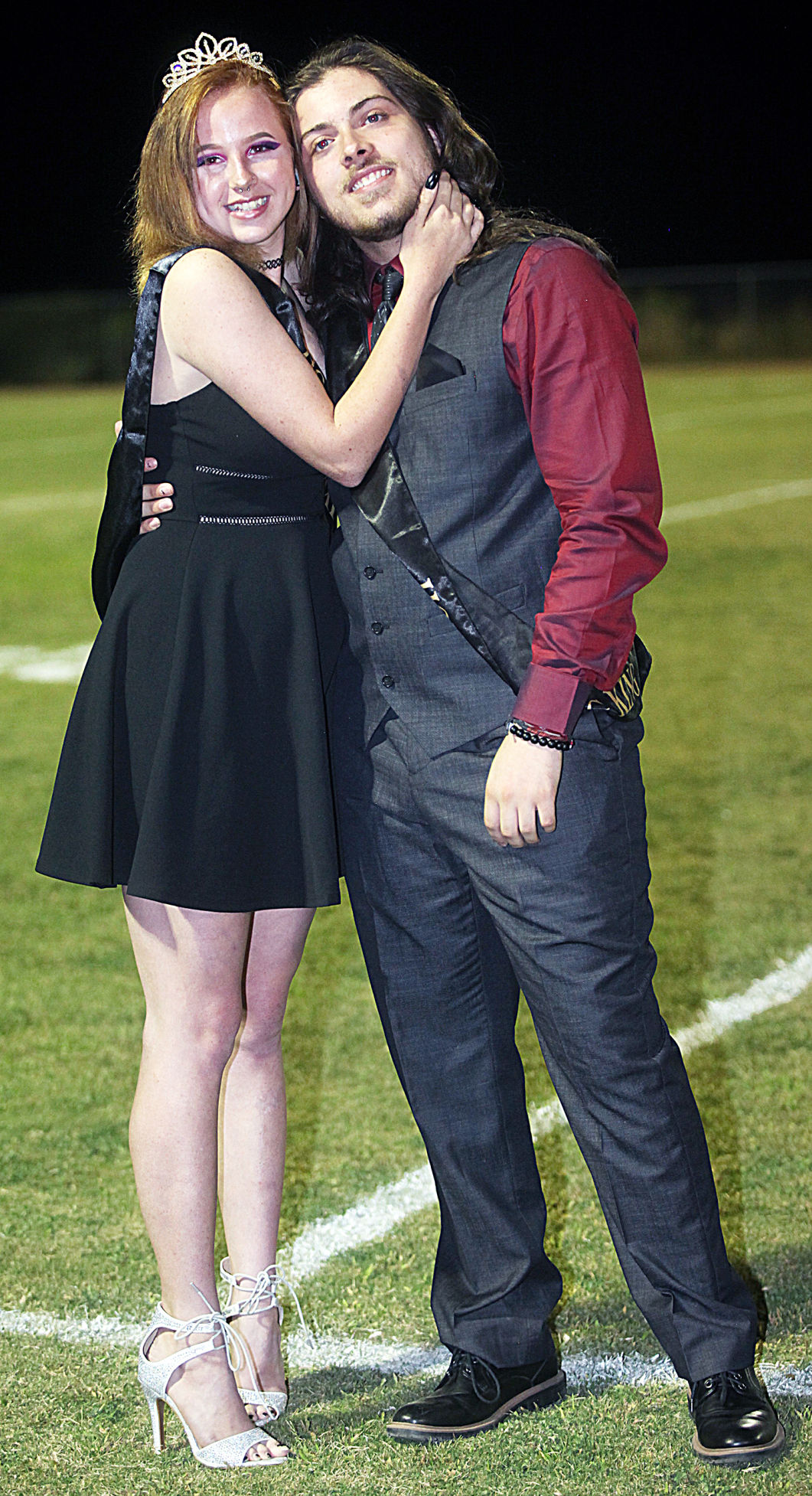 Yellow Jackets freshman defender David Hinshaw wraps up the Globe quarterback for the sack in Friday’s homecoming game in Tombstone.

TOMBSTONE — An early lead slipped away Friday for Tombstone as they fell to the visiting Globe Tigers, 28-19.

The Yellow Jackets had a promising start after a quick three and out on their first drive of the game due to their tough play on defense. A botched snap by the Tigers on fourth down gave Tombstone the ball at their opponent’s 27-yard line. On third and 10 Yellow Jackets quarterback Gustavo Morales connected with Jacob Oliver, who made an incredible diving catch, for the first touchdown of the game. The made point after put the home team up 7-0 with 7:55 to play in the first quarter.

On Globe’s ensuing drive the Tombstone defense once again came up with a big play as they forced and recovered a fumble at the Tigers 40 yard line. However, the offence would not be able to muster up momentum and turned the ball over on downs.

The Tigers offence would fail to have any offensive rhythm in the opening quarter and with time winding down James Bryant blocked a punt that was ultimately recovered by Globe. The first quarter ended with Tombstone ahead 7-0.

The Yellow Jackets forced their second fumble of the game and took over possession at their 29-yard line. Tombstone was unable to turn the turnover into points. However, the home team would have another opportunity with 6:37 left in the half after they were given a short field after a short punt by the Tigers. This time it was Globe’s defense who came up with the much needed stop as Morales was picked off in the endzone.

Globe’s drive was cut short as Tombstone once again forced a fumble and this time recovered it at their 21-yard line. Their possession didn’t last long as Globe forced and recovered a Tombstone fumble to give them the ball inside the redzone. A 17-yard run and completed 2-point conversion gave the Tigers the 8-7 lead.

Tombstone marched down the field with less than two minutes to play in the half, however, with 40 seconds left on the clock Morales was once again picked off. This time the visiting squad took over at Tombstone’s 24-yard line after a nice run after the grab. Globe increased their lead to seven after 24-yard touchdown through the air at the buzzer. The Tigers failed the try for the extra two points but held a 14-7 lead at halftime.

Globe’s momentum carried into the third quarter. With 7:53 on the clock the Tigers once again crossed the goal line. They were able to complete the two point conversion to make the score 22-7. Tombstone cut into their deficit late in the quarter. A 45-yard pass by Morales to Oliver put Tombstone at Globe’s 3-yard line.

Morales, while scrambling and a defender coming at him, found Nathan Chamberlain for the score. The point after attempt was missed and Tombstone trailed 22-13 heading into the final 12 minutes.

Both offenses stalled in the early stages of the fourth quarter. But the home team was the first to snap the slump as Morales found Chamberlain wide open for a 30-yard touchdown. Tombstone’s two-point conversion play was incomplete but the Yellow Jackets were within 3 points of the Tigers, 22-19.

Tombstone’s onside kick attempt failed and gave Globe the ball on the Yellow Jackets’ half of the field. The Tigers quickly capitalized on the short field and with one pass made the game out of reach with two minutes to play, as they went ahead 28-19.

The Yellow Jackets had one final drive to make magic happen but were unable to generate their offense and multiple penalties didn’t help them move forward. Tombstone turned the ball over on downs and Globe sealed their win with the victory formation.

Numbers hurt the Yellow Jackets, as they only had 18 players dressed and eligible to play. Their offensive line was comprised of four freshmen, including Emily Saavedra at center, after she played tackle last week.

Friday’s loss dropped Tombstone to 1-3 overall. They travel to face Pima (2-2) this week.