Senior Job Rains slides back to first during Thursday’s game against the Tigers from St. David in Tombstone. 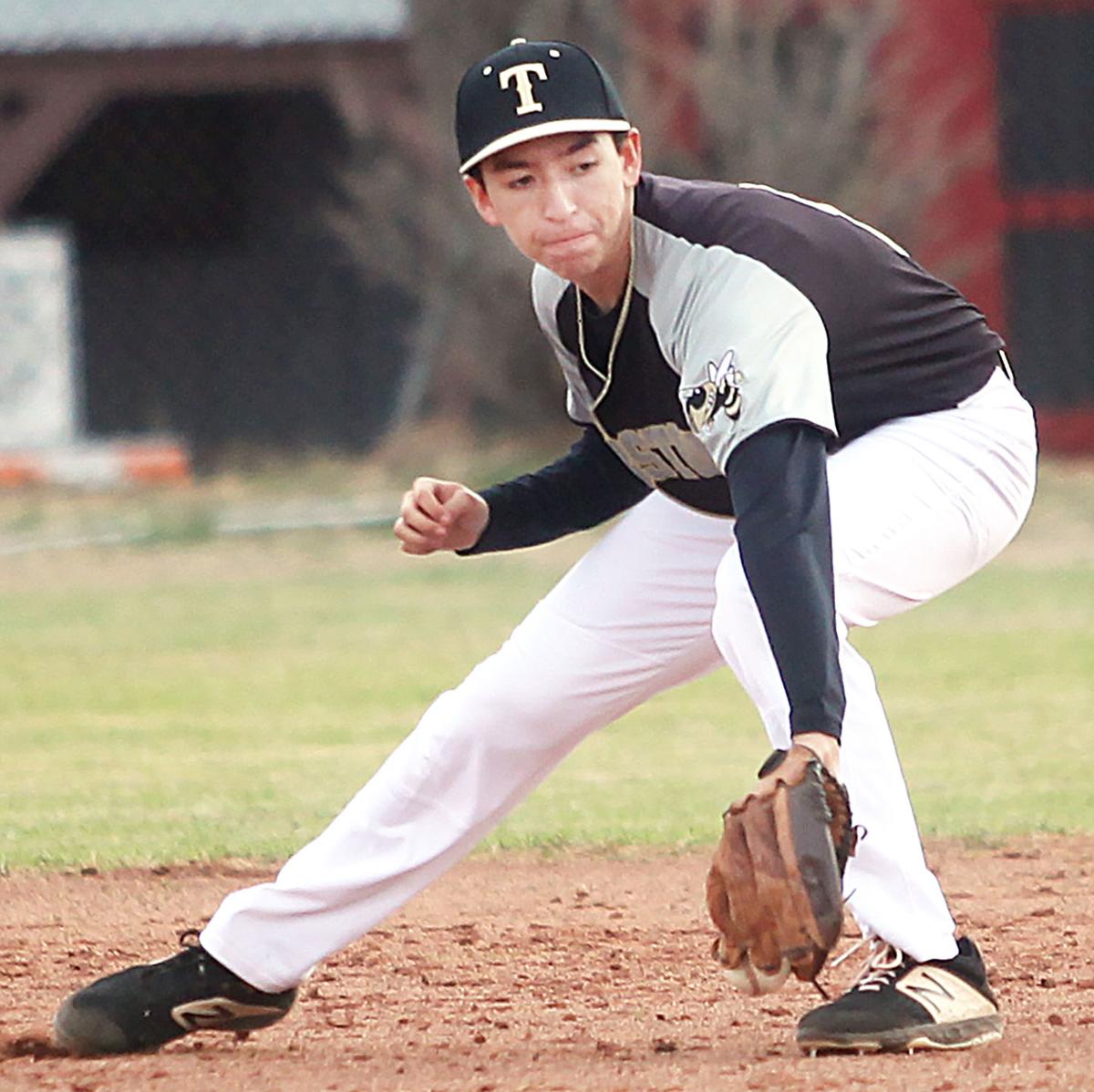 Senior Job Rains slides back to first during Thursday’s game against the Tigers from St. David in Tombstone.

It took two and a half innings either team to find their groove offensively. The Yellow Jackets struck first with two outs in the bottom of the third inning. Zekiel Esparza hit a double to the left field fenced to be the Yellow Jackets first base runner of the inning.

Job Rains followed with a line drive up the middle for a single and scored Esparza from second to give the home team a 1-0 advantage. St. David’s defense caught a pop up to end the inning with Tombstone runners on first and second.

The first batter the Tigers sent to the plate in the top of the fourth reached first after being hit by one of Rains’ pitches. Reo Larson was the next St. David batter and hit a ground ball that took Tombstone’s first baseman off the bag and allowed him to be safe without a throw.

The single put Tiger runners on first and third with no outs and trailing by a run. A line drive single over the outstretched shortstop’s glove by Skyler Merrill scored the game tying, 1-1, run. Another line drive, this time by Robby Gooding and with the bases loaded, scored the go-ahead run for St. David. Rains struckout eighth batter of the inning to end the top of the fourth with the bases loaded and his team trailing 2-1.

Tombstone used their half of the inning to get back to a clean slate. David Holguin walked and was replaced at first base by Payton Foster as a pinch runner. Foster moved to second on a throw over to first that went past the first baseman.

Cesar Canez then hit a ground ball back to the pitcher, which allowed Foster to move to third with two outs. Jace Mitchell’s line drive down the third base side scored Foster and tied the game 2-2.

The Yellow Jackets broke the game open in the bottom of the sixth inning. Alejandro Canez led the Yellow Jackets with a baserunner after being hit with a pitch. Cesar Canez stepped in the batter’s box with one out and grounded a pitch to right center field for a single and to put runners on first and second.

St. David had an opportunity to tack on to their score in the top of the seventh inning but were unable to convert, which concluded the game.

Rains started on the mound for the Yellow Jackets and was there for five innings.

Tombstone is back on the diamond on Friday when they host Pima. First pitch is scheduled for 3:30 p.m.