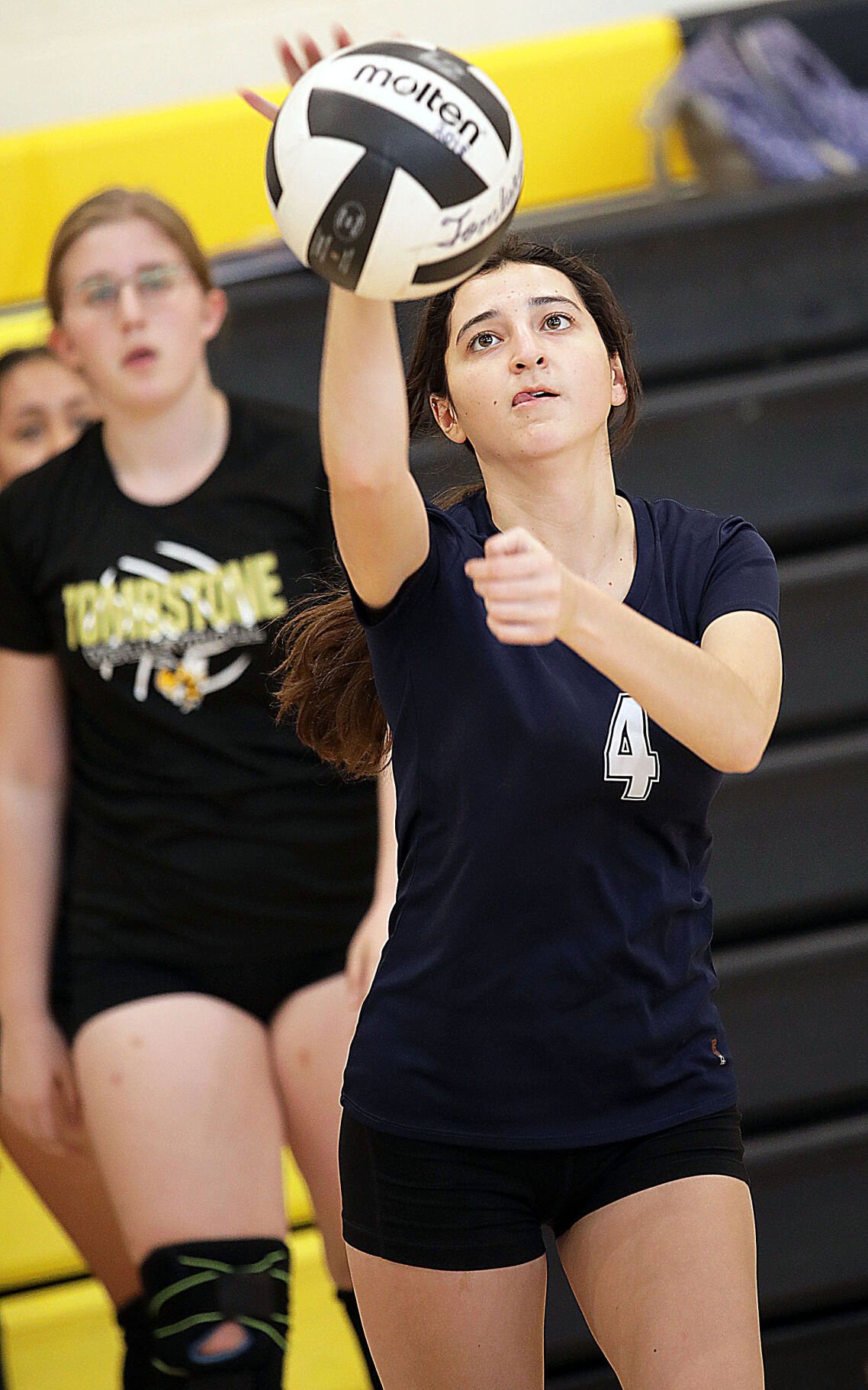 Tombstone’s Rachel Bonilla warms up with teammates as they prepare for the upcoming season. 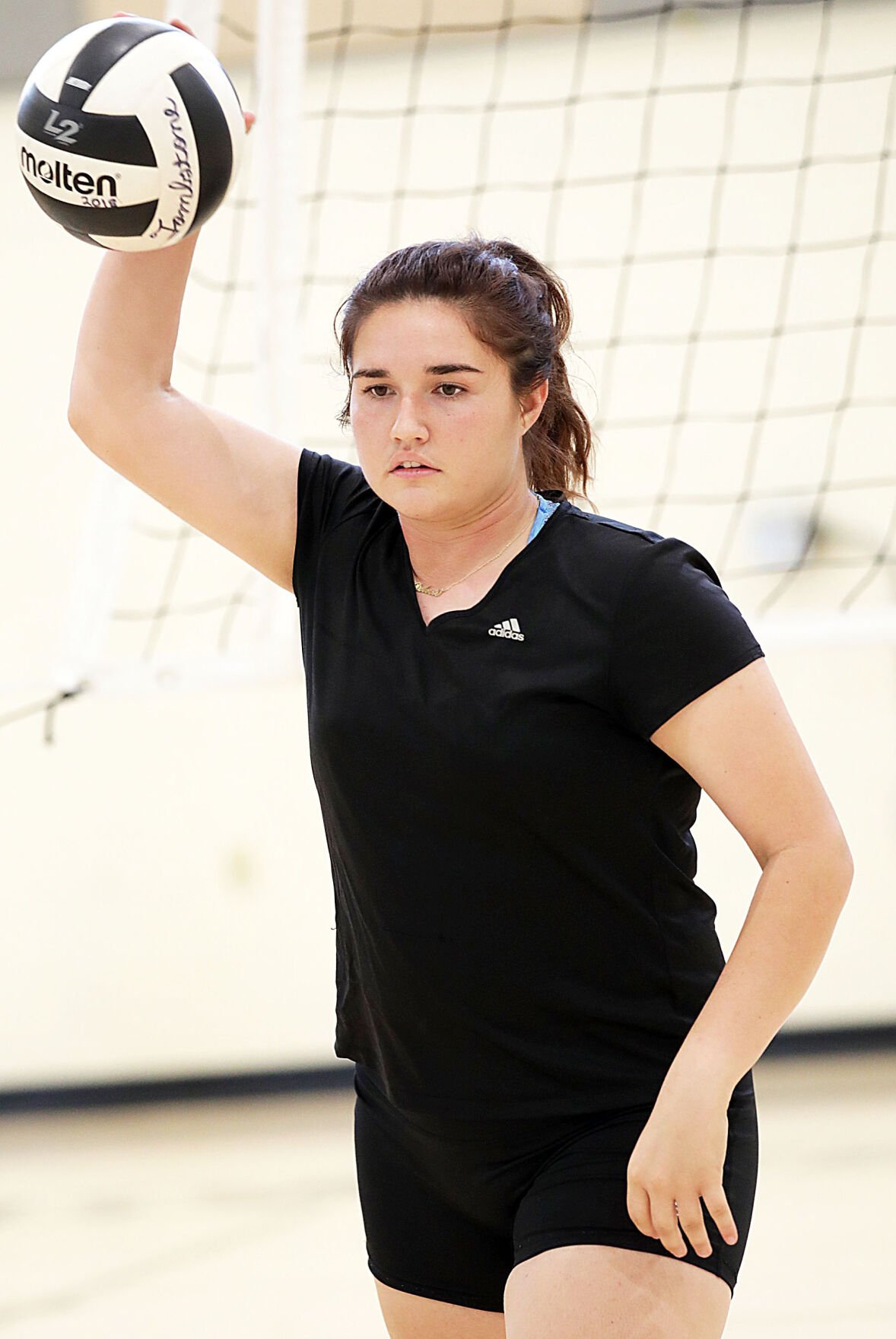 Ilissa Willey practices with her team in Tombstone last week as they prepare for the upcoming season.

Tombstone’s Rachel Bonilla warms up with teammates as they prepare for the upcoming season.

Ilissa Willey practices with her team in Tombstone last week as they prepare for the upcoming season.

TOMBSTONE — After losing his core of seniors Tombstone High School volleyball coach Dan Romero says this year is a “rebuild” for his team.

“Our setter is gone which is why we’re in a rebuild,” he said. “In all my years I could find someone. But I’m still looking.”

Romero’s setters graduated in 2018 and this past May leaving him with a core of four returners but on the hunt for a setter. He said right now there isn’t one person he’s ready to commit to and is using practice time to figure it out.

Romero said his numbers are down from last year but is encouraged by the number of freshmen he has out this year. He has two, Alexis Gil-Urias and Abygail Romero, that he can see having varsity playing time this season.

“I look at this as a chance to rebuild with the young ones,” Romero said. “We’ll see how they handle it when we throw them in.”

Three seniors return to the Yellow Jackets squad from last year, including outside hitter Jazmin Gil-Urias. However, it’s sophomore Kiersten Schilling who Romero expects to have a big year for Tombstone.

“Going through drills, her hitting has improved,” he said of his sophomore. “She has some pace on the ball.”

Schilling earned a starting spot in the starting rotation last season as a freshman and will be an outside hitter for the team this season.

With the extended layoff and the rapid start to the season Romero said it’s hard to tell where his girls are but knows they aren’t in the same shape as they are when they have open gyms all summer long.

“I think we’ll do well,” he said. “The goal is to get these girls to play together and talk.”

The Yellow Jackets open their season on Tuesday when the host St. David. Although they are in a conference below Tombstone, Romero is happy to have the Tigers on their schedule because he says they are always a tough opponent. St. Davis is the defending 1A Conference state champions.

“Our schedule is tough,” Romero said. “I’m glad we open up with them. It’s a good test for us.”